It's time for another roundup of wacky and outlandish Christmas lights in Toronto. Most of the usual suspects are back for 2011, but there's at least one notable absence worth mentioning. The out-of-this-world display that usually goes up on Somerset just north of Geary didn't make an appearance this year (though we're told it'll be back for 2012). Bearing in mind that some of the more elaborate set-ups take more than 70,000 lights, it's understandable why a homeowner might need/want to skip a season.

It's hard to choose a favourite from the bunch, but the house at Benjamin Boake Trail near Keele and Sheppard certainly takes the cake as far as overall pomp goes. The detailed light-work at the Caledonia display, however, is also pretty spectacular, especially given the lot size. Yes, all of this uses a lot of unnecessary energy, but if it's any consolation, I did notice that a number of the displays shut down sometime after 11:00 p.m. 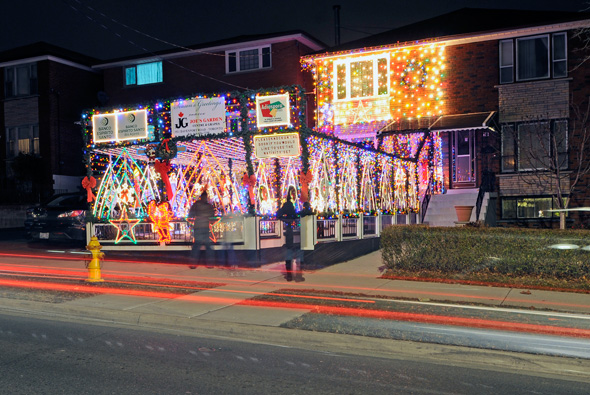 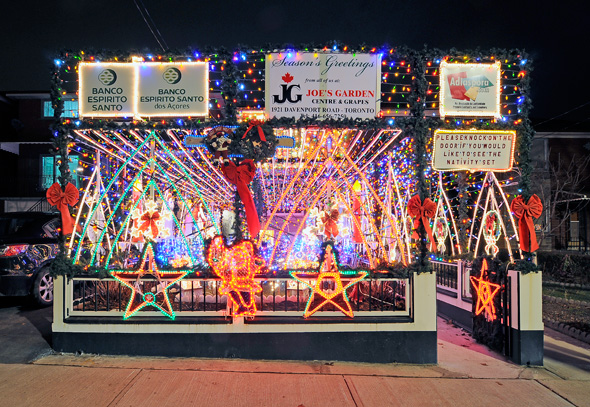 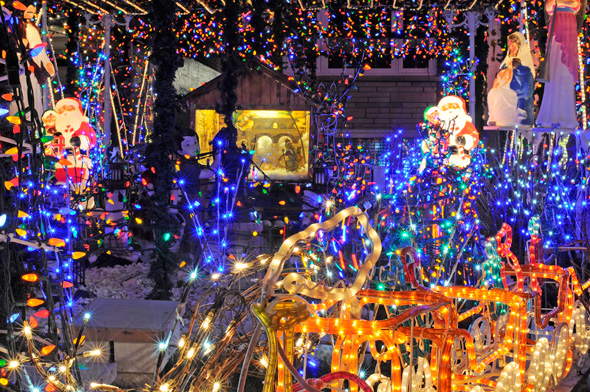 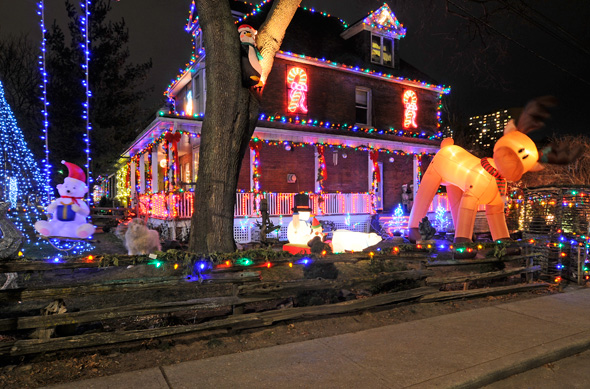 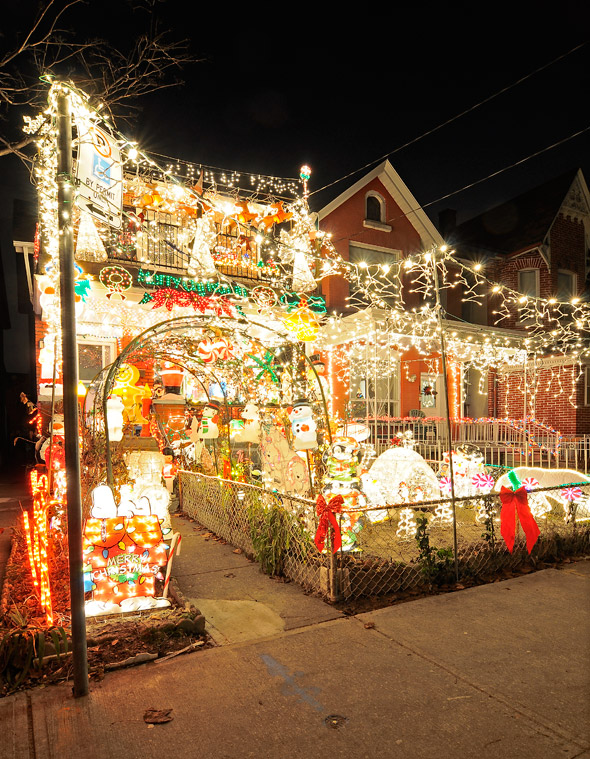 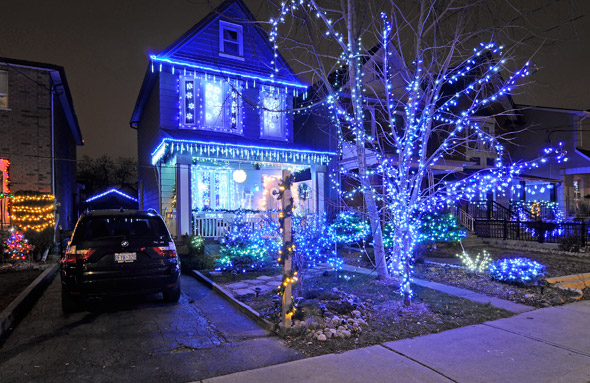 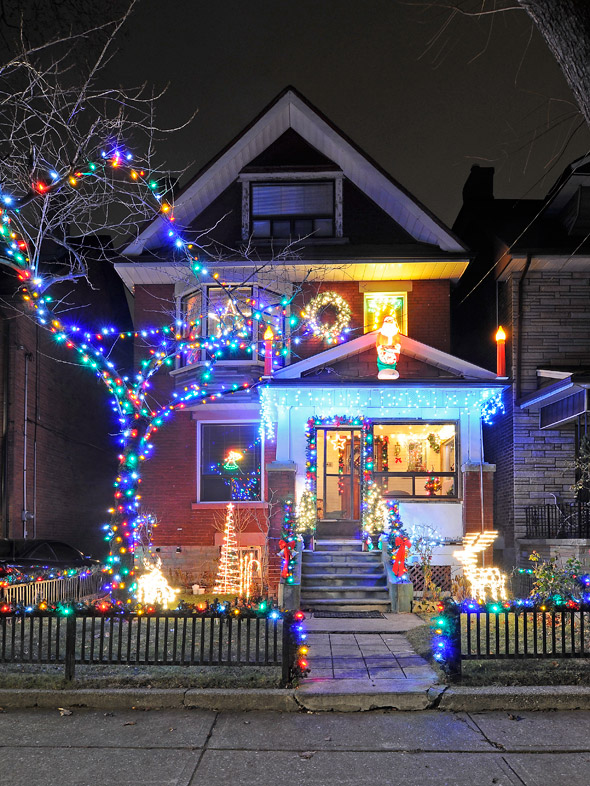 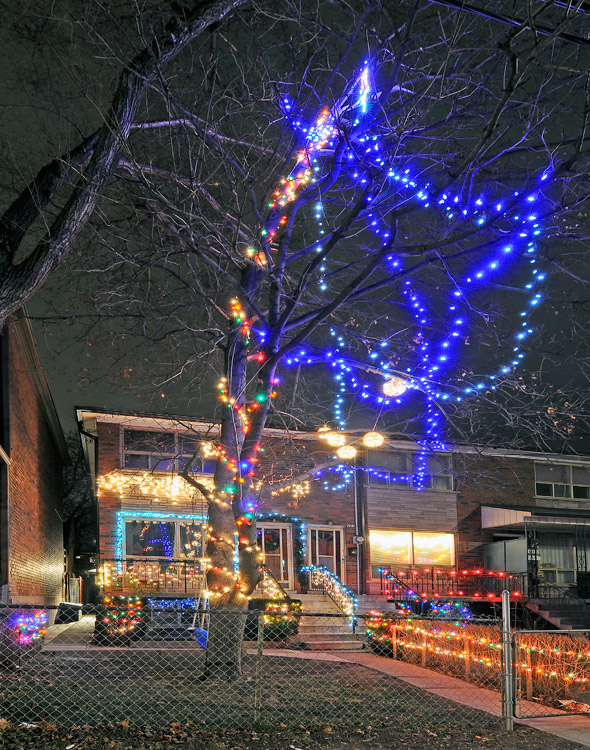 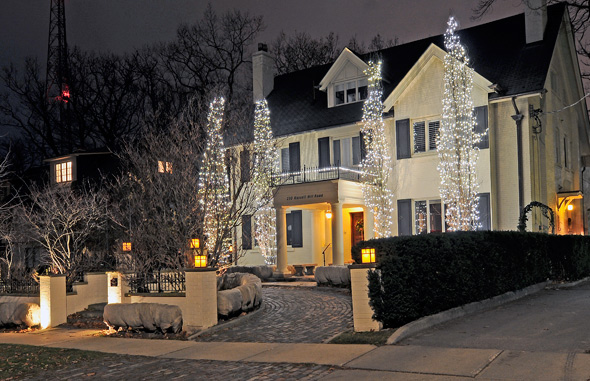 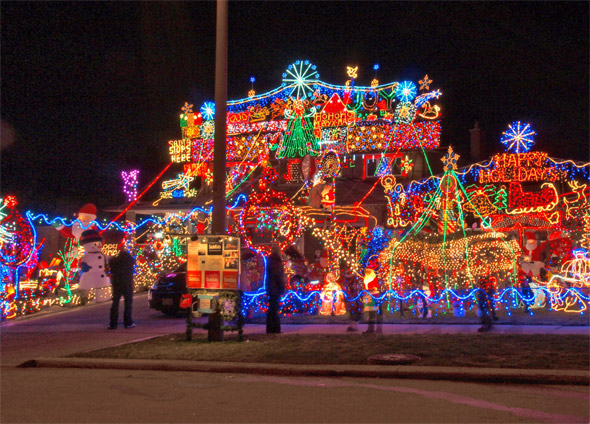 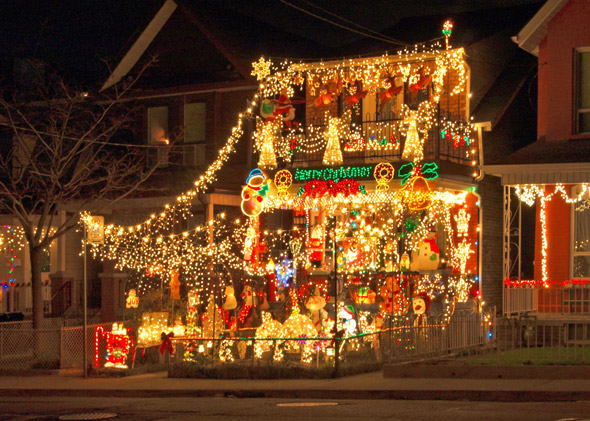 Alternate angle on the Brock Ave. home via MSVG 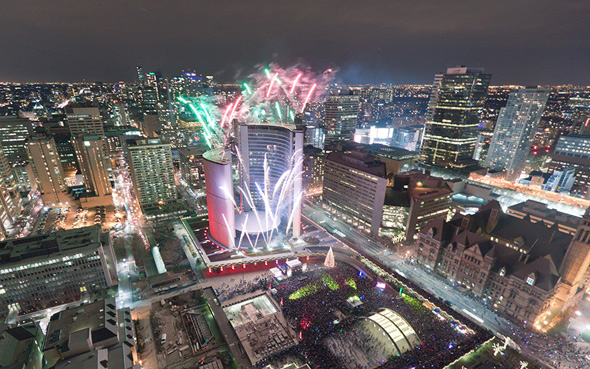 Cavalcade of Lights at City Hall via tomms 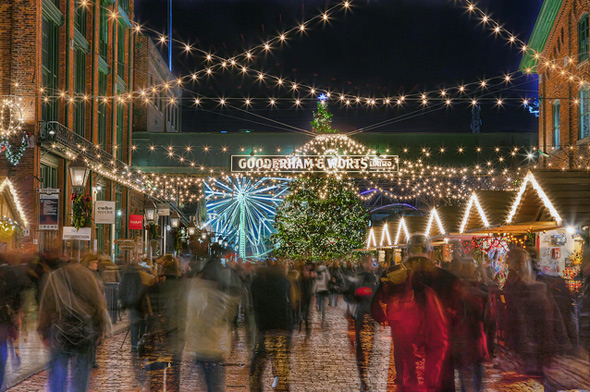 Christmas Market at the Distillery via Matt Kozovski 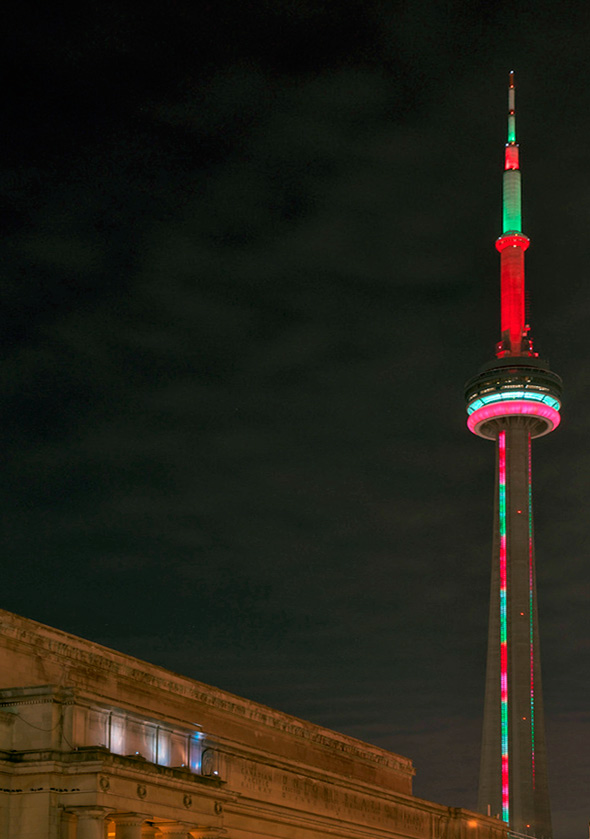 The CN Tower gets festive via Jamie in Bytown