Famous hotels that no longer exist in Toronto

Toronto used to be a hotel town. These days, the vast majority of such businesses are clustered downtown, whereas a century ago there were hotels and inns spread throughout neighbourhoods across the city.

Perhaps surprisingly, many of these buildings remain. With the exception of well known spots like the Gladstone, Drake, and the Broadview Hotel, most have been re-purposed, some in a retail capacity and some restaurants and bars.

If you know what you're looking at, it's sometimes easy to discern the previous life of these buildings, though not to the same degree as with the lost movie theatres of Toronto.

In general, it's the big properties like the former Ocean House at Queen and Roncesvalles that are easier to spot. When you examine the ornate architecture, even as the building has seen better days, it's quite easy to imagine its stately presence as lakeside hotel.

Take a trip back in time with the lost hotels of Toronto. 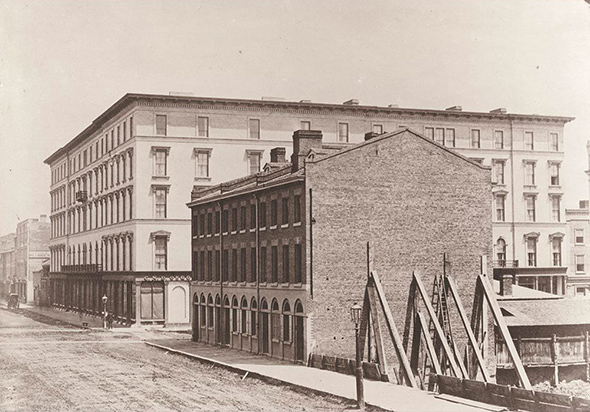 The Rossin House Hotel at King and York streets (from where the panorama was taken). Photo via the Toronto Archives. 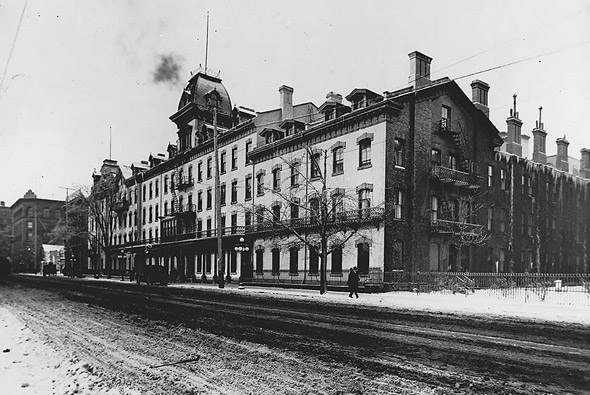 Queen's Hotel (site of the current Royal York, which it was demolished to build). Photo via the Toronto Archives. 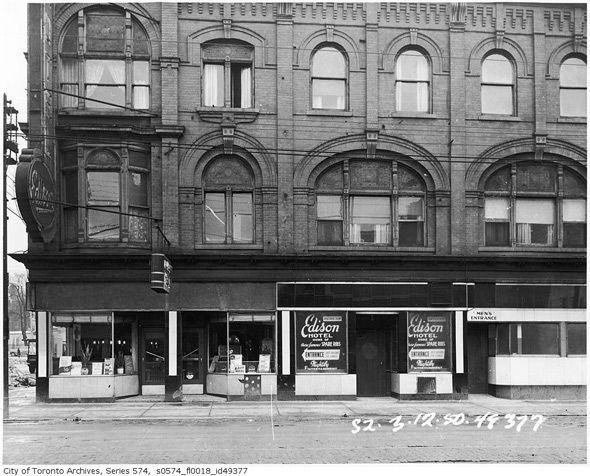 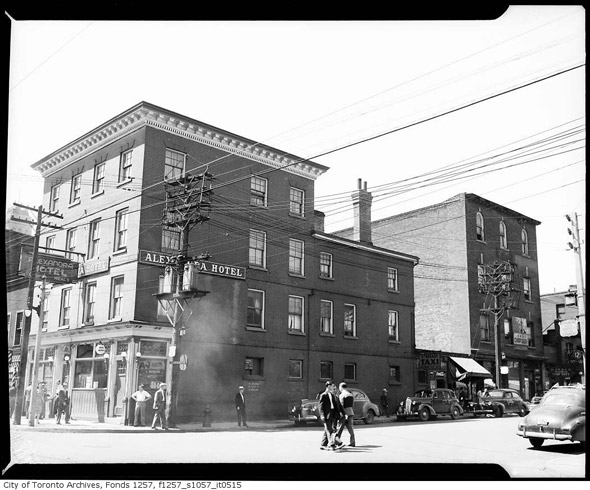 Alexandra Hotel (demolished in the building of Nathan Phillips Square). 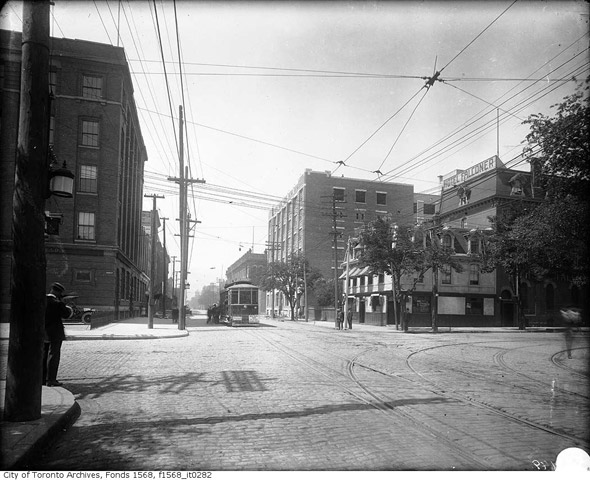 Hotel Falconer, King and Spadina. The building still stands, though not as a hotel. 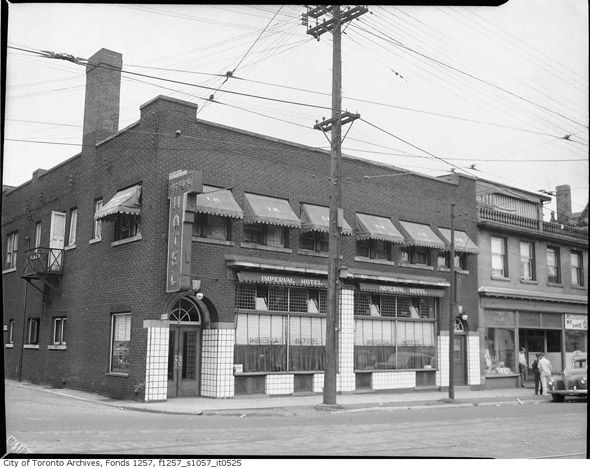 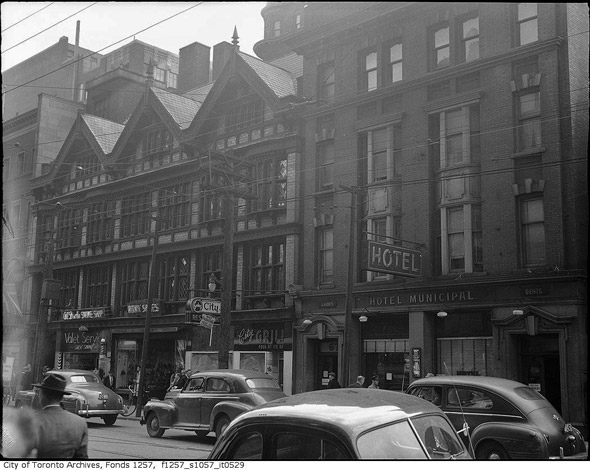 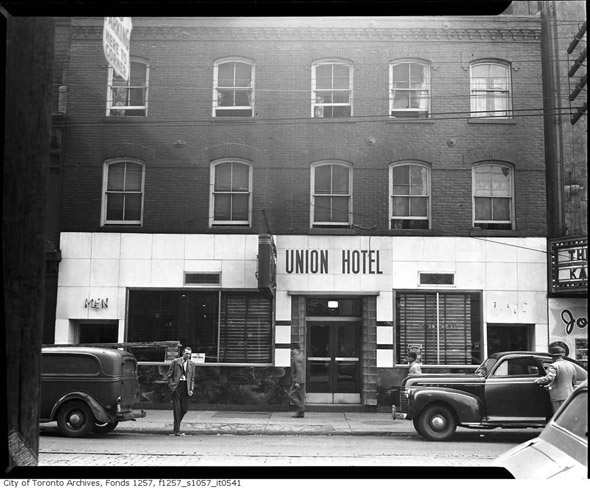 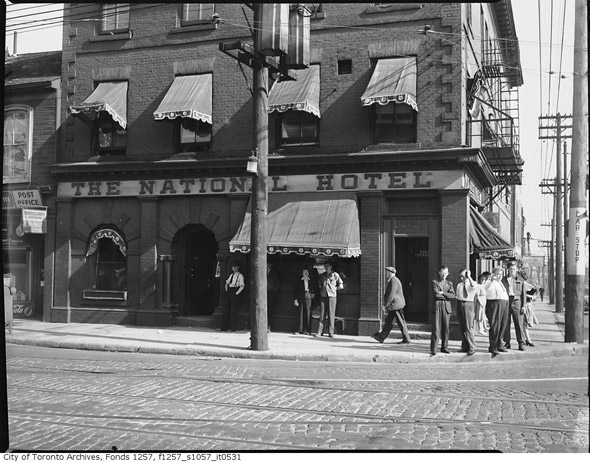 National Hotel at King and Sherbourne, now the base of King + Condos. 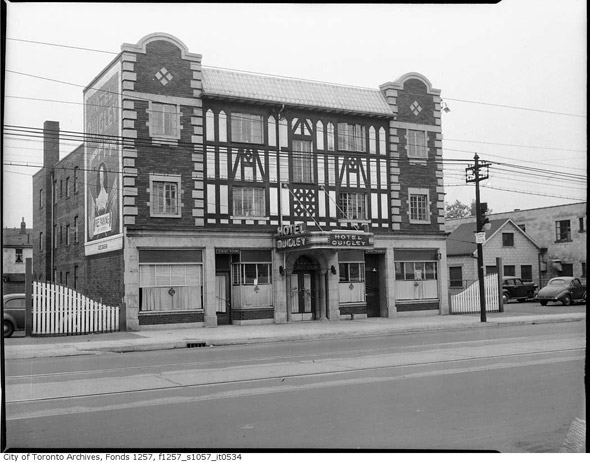 Quigley Hotel on Danforth in between Woodbine and Main, still standing for now but soon to be condos. 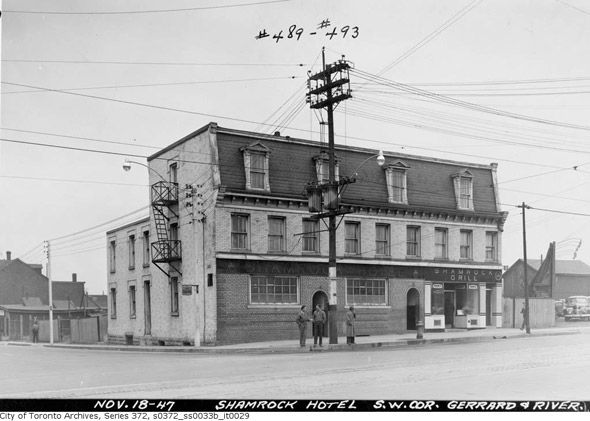 Shamrock Hotel at the southwest corner of River and Gerrard, demolished. 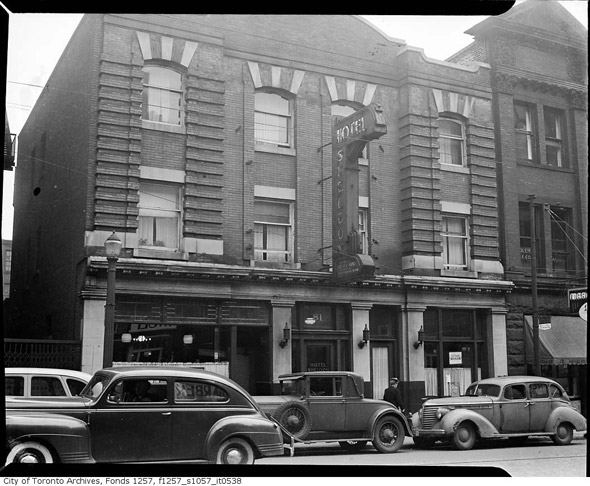 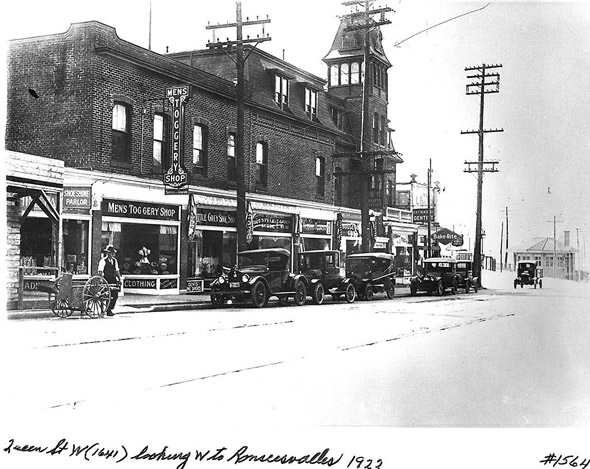 Ocean House Hotel at the intersection of Queen/King/Roncesvalles, still standing. 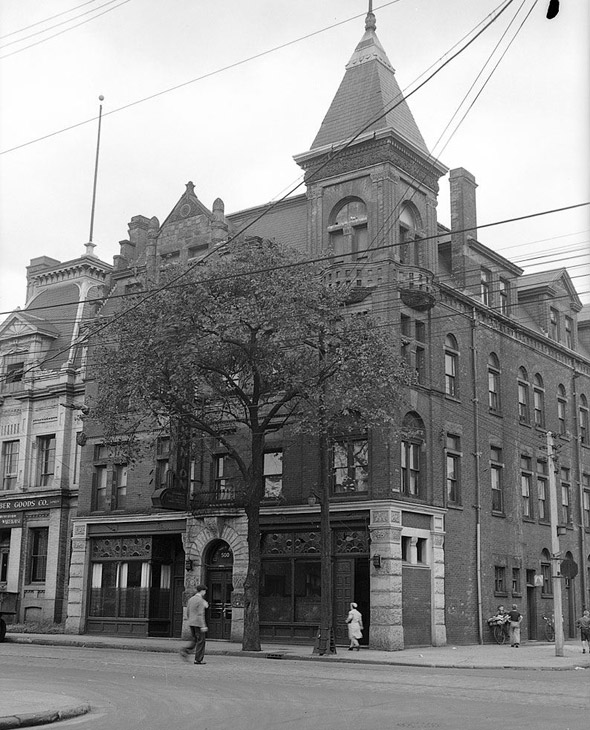 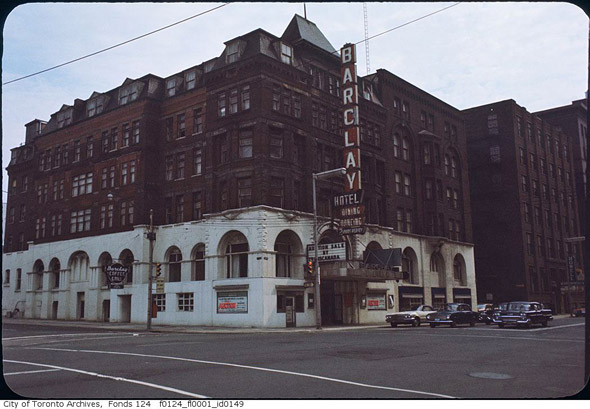 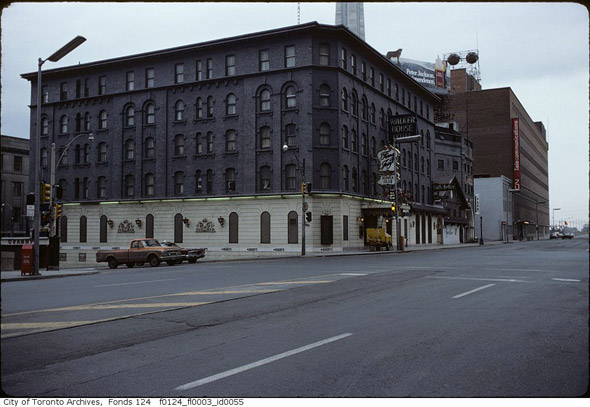 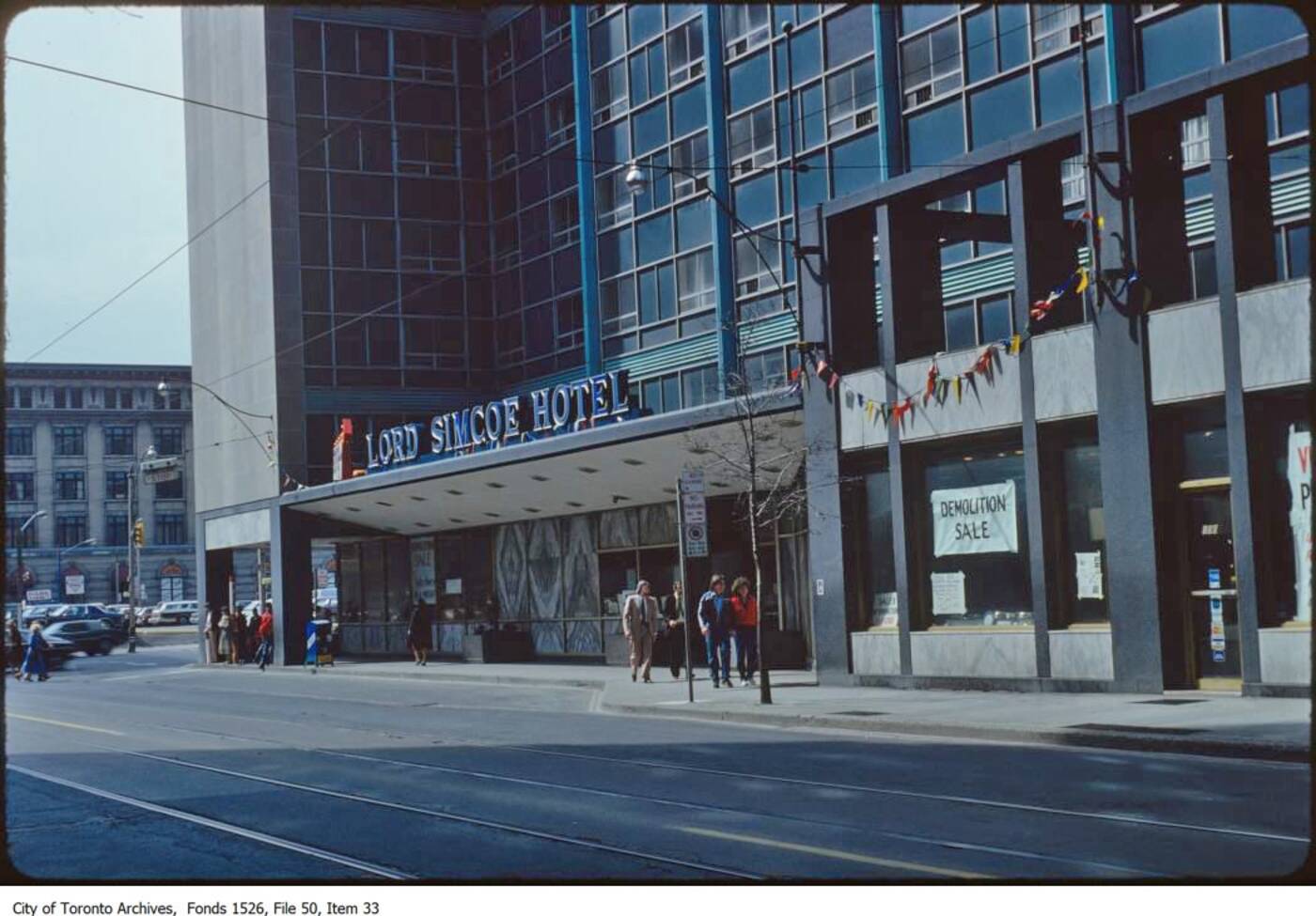 Lord Simcoe Hotel at the northeast corner of King and University, now demolished. 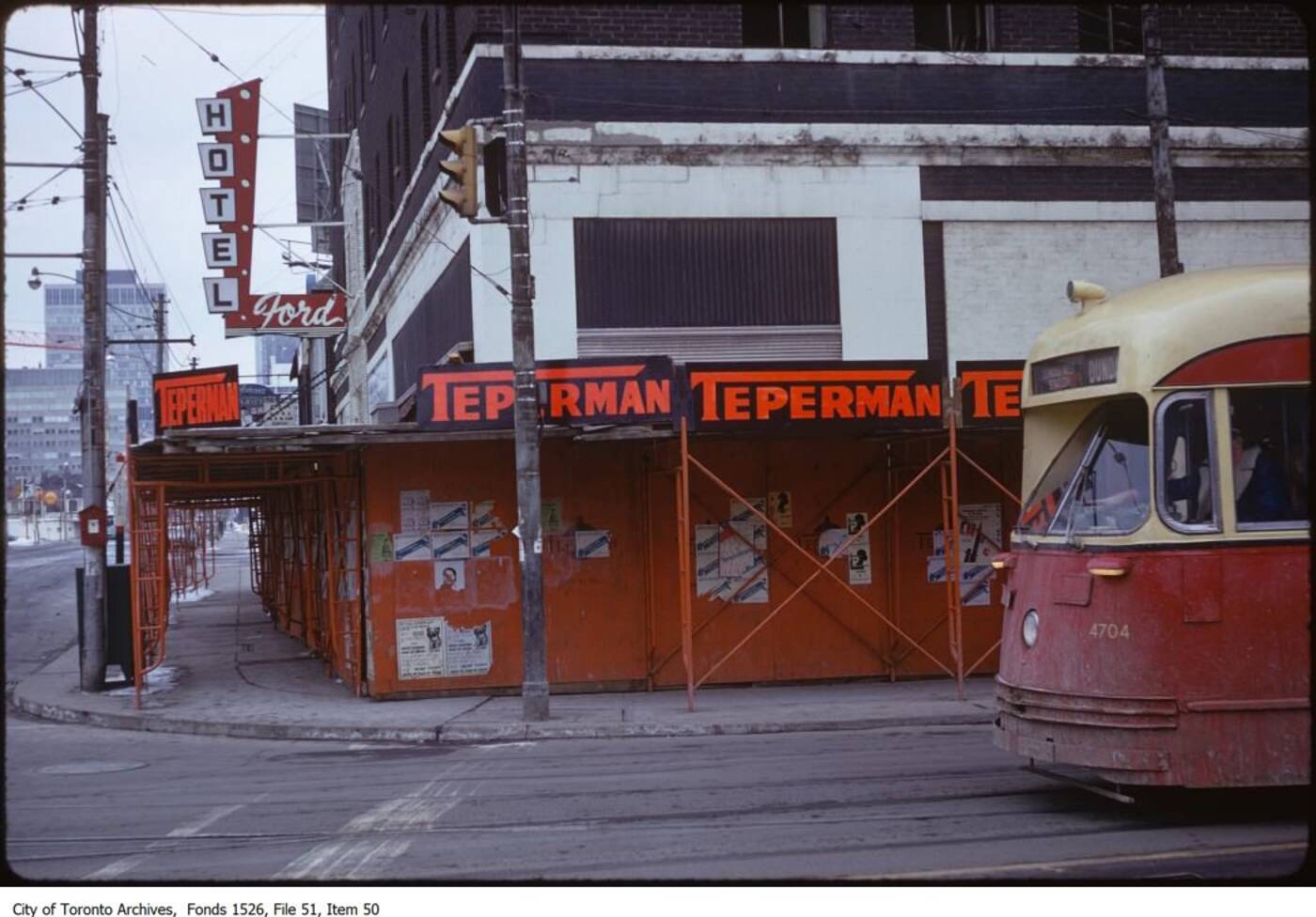 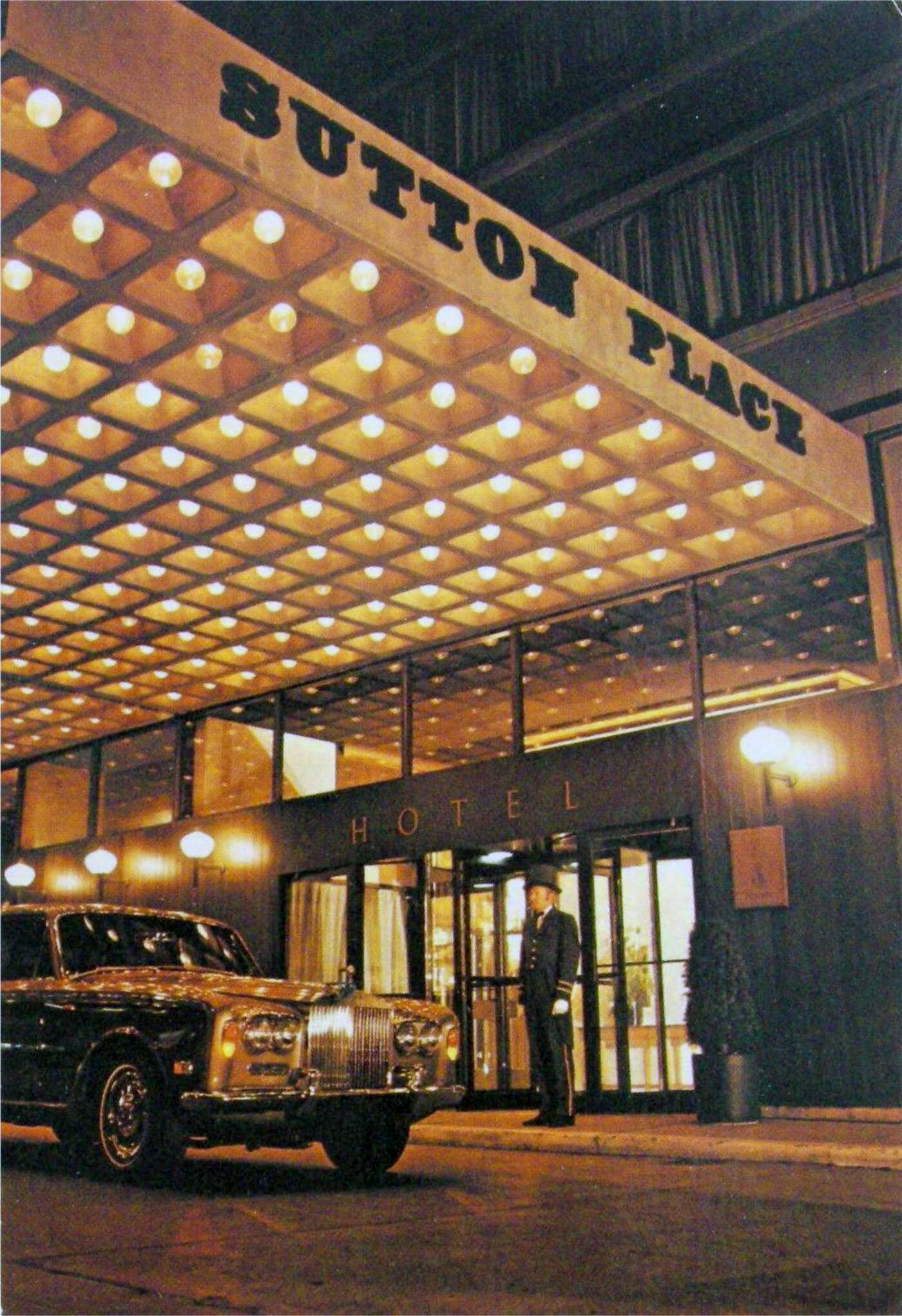 The Sutton Place Hotel was the lap of luxury when it opened in 1967. It has since been turned into a condo.