Bay and Bloor has joined the list of Toronto intersections that feature pedestrian scramble crossings. I stopped by to check it out earlier this morning before the paint was even dry on the recently added street-markings, which encourage pedestrians to take a diagonal route when they cross at this location. The whole scene was in fact a bit comical as only a handful of pedestrians took advantage of the new crossing opportunity while traffic was snarled in all directions on account of lane closures surrounding the new lines.

The closures, of course, will only be temporary (I'd imagine they've already been lifted), but I can only imagine that a few motorists attributed the delays to the intervals of scramble crossing rather than the need to let the paint dry. 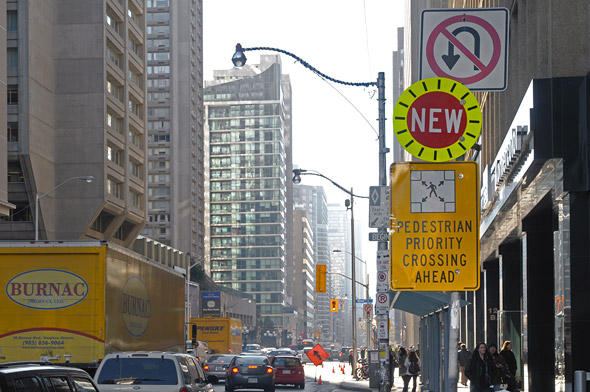 Despite the relative lack of pedestrian use during my visit, a police officer who'd been on the scene since 6 a.m. estimated that during the morning rush upwards of 60 people were crossing diagonally during each interval. That's not bad, but I'd assume that number will drastically increase as more people become aware of the new rules. 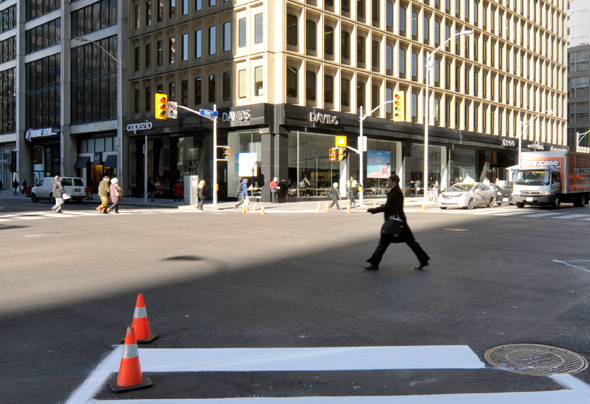 Bay and Bloor is the third Toronto intersection where scramble crossing has been implemented, following Yonge and Dundas (2008) and Yonge and Bloor (2009). Like the other two, the traffic flow alternates between standard signals and a Pedestrian Priority phase, during which all the traffic lights are red and the walk sign is on in all directions.

If there's one little problem, it's with the volume level on the audio warning. As Roger Cullman noted was the case with the Yonge and Dundas scramble, the warning just isn't loud enough when there's lots of noise on the street (although it's pretty easy to hear when it's quiet). This could cause problems for the visually impaired during rush hour and on busy weekends. The City, for its part, plans on monitoring the intersection and claims that it will make adjustments as necessary. 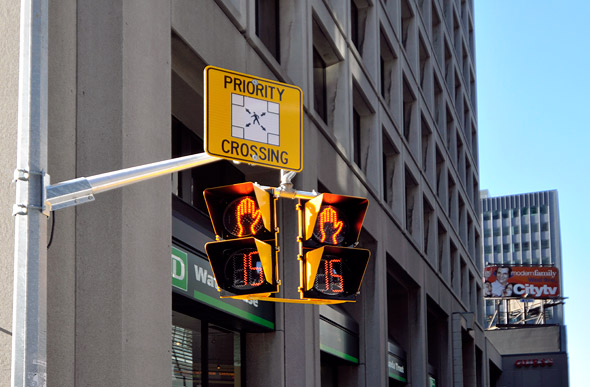 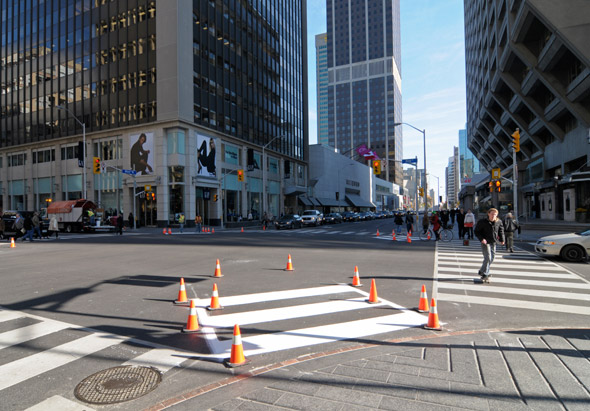