Sunday Supplement: Miller works on his legacy, as the race is down to three, but one wonders about Pantalone

This week saw the mayoral race reduced to three combatants, some shiny new subways unveiled along with a little criticism of the media leveled by the outgoing mayor.

"My message is not what the majority of Torontonians want to focus on...and I don't want to distract from Torontonians taking a very long look at the front-runners." - Rocco Rossi pulls out of the mayoral race.

"As a direct result of the false and defamatory statements of Mr. Ford ... Mr. Foulidis has been cast as a criminal and has suffered embarrassment and humiliation." - From Boardwalk Pub owner George Foulidis's statement of claim in a $6-million defamation case against Rob Ford.

"The media interest about my hair was unbelievable. They actually went and interviewed my hairdresser. All of a suddent I got four days of media because we had chosen to make fun of me in a gentle way through my hair. I asked for what I got. It just came back to roost seven years later." - David Miller condemns triviality in the media as part of the Democracy and Journalism lecture series held by the Canadian Journalism Foundation.

"Wife-beating, racist drunk for Mayor!" - Signs that briefly appeared on University Avenue on Monday night before being taken down by a concerned citizen. 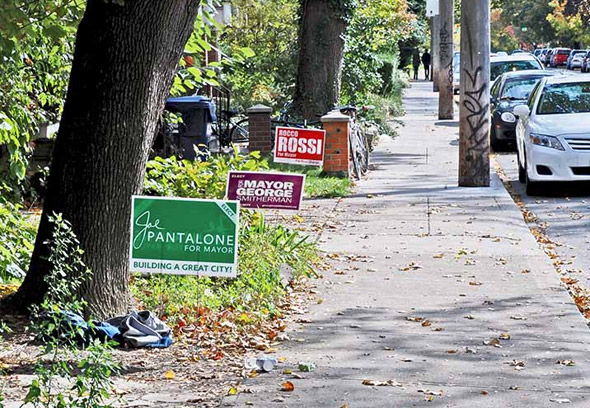 884 - The number of subscribers BIXI Toronto has as of Friday.

$237.6-million - The price tag for the 13 new Rocket subways the TTC plans to have running on the YUS line in the new year.

10,000 - The number of names MP Oliva Chow claims to have on a petition to expand citizens' arrest rights.

10 metres - The expansion required to ensure that the underpass at Dufferin and Queen can accommodate additional railway tracks to service increased demand on the Georgetown South corridor.

44, 38, and 16 - The percentage of the vote Rob Ford, George Smitherman and Joe Pantalone have according to a recent Forum Research pool.

Given that the new Rocket subway was all the rage this week, let's have a look back at the interior of the old G-series train that first ran the line in 1954. 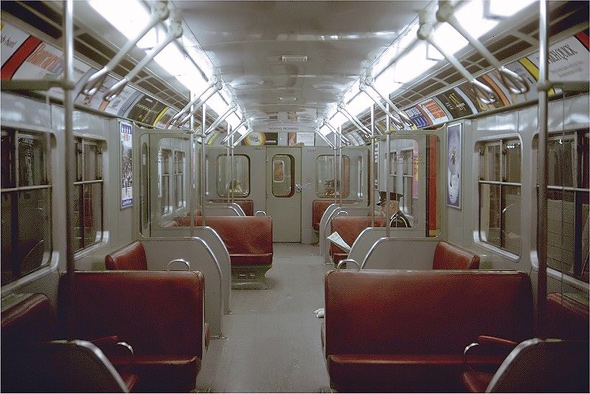 Sorry, Joe. I did it for Sarah, Rocco beat me to it, and now it's your turn.