Toronto is a city of high rises. By some estimates, it has the largest number of high-rises outside of New York. Many of these building were built in the inner suburbs in the 1960s. In 1968 alone, 30,000 high-rise units were built in the city. They were considered a marvel of planning and forward-thinking at the time. However, as they have aged, they have lost their lustre. 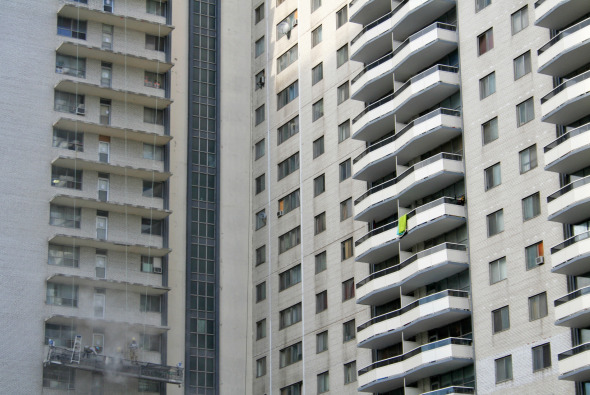 Sometimes referred to as "commie blocks", these buildings seem aesthetically impoverished and are physically crumbling. The planning that encouraged them to be put into green spaces that are separated from the street and commercial areas was challenged by Jane Jacobs and the thinkers that followed her. The high rises now seem hopelessly anti-urban. Many people would argue they need to be torn down and the city around them rebuilt.

But tearing down a whole series of largely functional structures is very wasteful. And since most of the owners of the high rises are private individuals, there is little incentive for them to tear down their own property. This is where the Mayor's Tower Renewal comes in. In 2007, the program was initiated by the mayor's office and the city in collaboration with E.R.A. Architects and the University of Toronto. This program hopes to encourage and provide a sustainable financing structure for the renovation and rehabilitation of these aging structures. 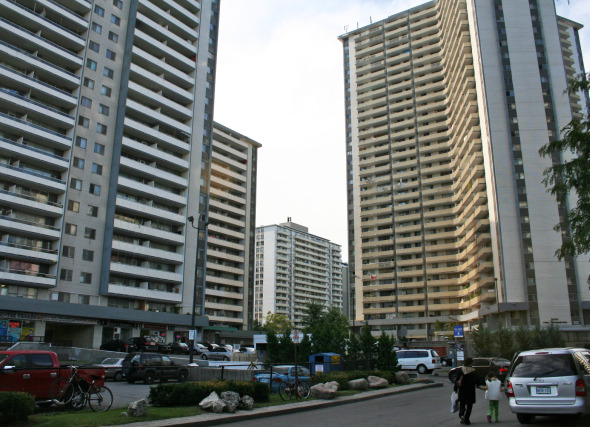 Retrofitting will consist of a wide range of options varying from improved insulation to installation of renewable energy sources such as solar panels to the introduction of green roofs. Some retrofitting will also include improvements to the surrounding environment, such as refurbishment of playgrounds and the addition of retail to areas that are underserviced.

So far, the program is in the planning stage. But this past May, a financing option report (PDF) for the Mayor's Tower Renewal was prepared for city council and the city's planning staff. This report suggests that the program should use the property tax payment mechanism to fund the loans that will be required for a multi-million dollar retrofit. Under this option, a property owner can get a loan to undertake refurbishments, and then pay back the loan through a set increase in their property tax payments (on top of the base assessment rate). 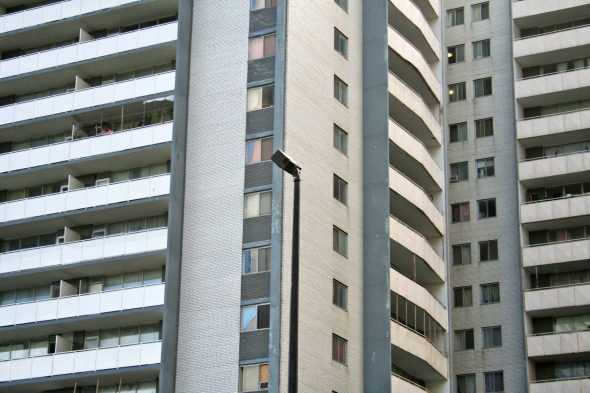 There are several benefits to this method. The owner gets to undertake a refurbishment of their property without incurring more personal debt (the property tax payments remains attached to the property, not the owner). And the owner gets to enjoy cash savings due to their property's increased energy efficiency while still paying off the loan. The city is not on the hook for funding the program. And there are already measures in place to reclaim unpaid property taxes. The program would function similarly to PACE financing (Property Assessed Clean Energy) programs in the U.S. 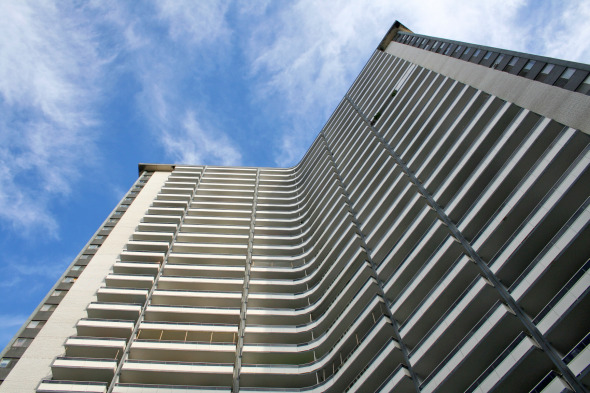 Of course, with the current municipal election occurring, anything is possible after October 25th, and the program could get scrapped. However, due to its relatively minor impact on the city's finances (the new corporation will need an initial loan from the city to fund its start-up), and the general support for the program from the existing city council, it does have a better chance than, say, City Hall's plant watering staff.

What do you think of the program? Do you think that the city should try to encourage these retrofits?