More nightclubs to disappear from Clubland under proposed hotel/condo development

A large sign is fixed over a front window at 117 Peter Street; in official city lettering, the headline reads: "Development Proposal." The three-story warehouse sits on the southeast corner of Peter and Richmond - the epicenter of Clubland - and has hosted some of the areas most notorious and successful nightclubs. On any given weekend thousands of would be bar-stars descend on the downtown core in a quest to see and be seen.

This "proposal" could change all that. In a neighbourhood that seems to thrive on reinvention, this could signify the next phase for the Richmond Street corridor. In the area's current incarnation, individual businesses generally only last a few years, often being shut down for liquor or capacity violations, but when one closes it only creates space and opportunity for another to open. 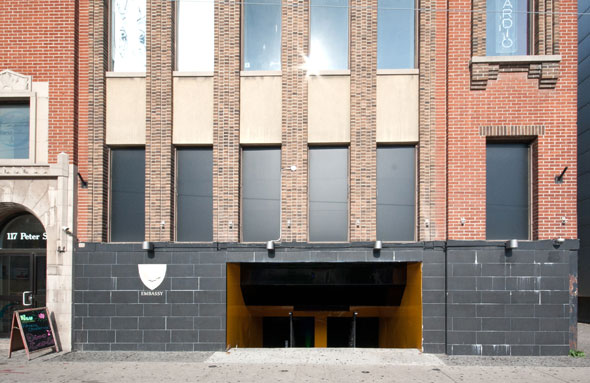 At present, 117 Peter houses Embassy, Home, and Traffik nightclubs - as well as a women's fitness centre and a pizza parlour. But over the years, the elongated windows in the red and brown brick have offered a peek into a shifting neighbourhood. Throughout Peter Street's many lives - from manufacturing district all the way to club district and beyond - that building on the corner has changed too, following the trends laid out by the neighbourhood. Buntin-Reid Co., a paper manufacturer, erected the building in 1931 when they moved from Yonge Street. 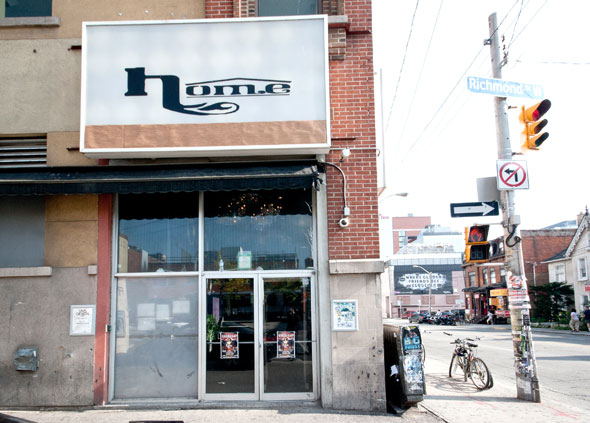 The company was founded in 1858; its original headquarters fell victim to the Great Toronto Fire of 1904, but moved to another location elsewhere on Yonge until finding it's new permanent residence on Peter. When Buntin-Reid arrived on Peter Street the neighbourhood was a manufacturing Mecca at the edge of the city.

As the city began to swell, property values rose with it and it wasn't long before the factories began pursuing greener cheaper pastures. When Buntin-Reid moved to Mississauga in the early sixties, Peter Street was already shifting from manufacturing centre to more service oriented industries. Typesetters, appliance repair shops and various importers began occupying the factories' former spaces.

Soon after Buntin-Reid's beeline for the 'burbs, the Bank of Nova Scotia moved in and for the next thirty years the area comfortably expanded, continuing its makeover. By the eighties Scotiabank had vacated too and was replaced by a graphic design firm, foreshadowing another trend that would continue as more creative based companies would soon swarm into the area.

The first inklings of what was to come came in the early nineties. At the time the street was still mostly littered with offices that emptied out at night and in 1995 Orchid Nightclub opened at 117 Peter. Orchid was among the originals of the newly minted scene, but like most clubs it ran its course and by the turn of the century it was being traded in for a new image to keep the masses interested. 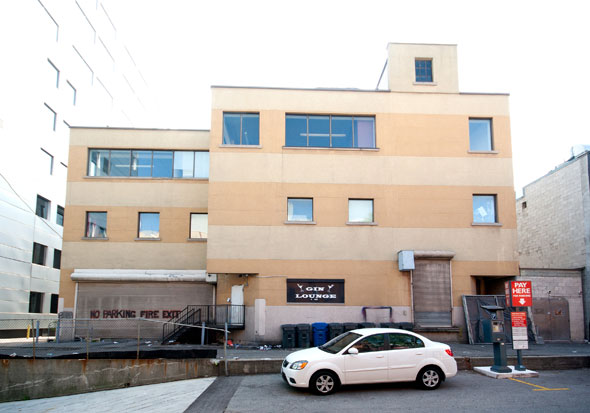 For the next decade the neighbourhood continued to redefine itself, this time as a late night playground for the young. It seems the city was slow to catch on to what was happening in the area and for the next few years there was little stopping the former manufacturing district's metamorphosis.

Today that evolution continues. That piece of plywood fastened to the brick of 117 Peter Street signals the next phase in the districts life - its residential phase. A proposal has been submitted to the city to build a 29-story hotel/condominium. The request is still being debated and fine tuned within City Hall, but there is little doubt change is on the horizon. 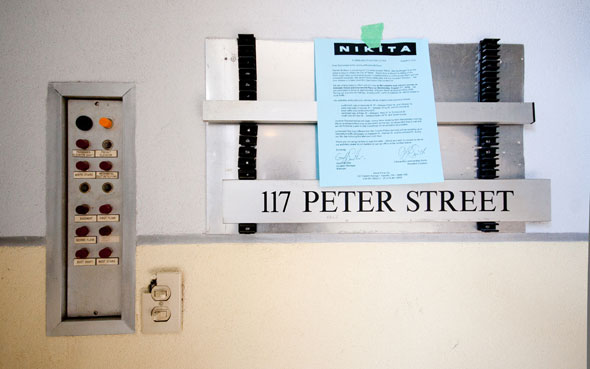 After a decade of pushing people out, the neighbourhood is inviting them back again. Many neighbours - Leo Mourtos of Zupa's and Chris Kotsaboikidis of New York Furs - are welcoming the growth beyond Clubland. The hope is that with a permanent population will come a newfound respect and interest in the neighbourhood and perhaps with that something the area has never really had - stability. 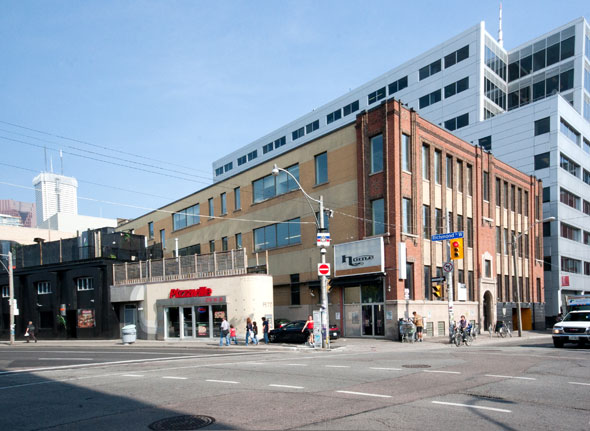