The evolution of 81 Peter Street in the Club District

Back in 1962, Peter St. was a quiet side road on the outskirts of downtown Toronto. The laneway was peppered with small manufacturing businesses churning out a variety of wares. It was that year that Ted Schwartz moved into 81 Peter Street and started a business making slippers.

Schwartz is 80 this year; he speaks slow, choosing his words carefully. He bought the building for $38,000 and has been a staple in the neighbourhood ever since--witnessing the transformation of Peter Street first hand. Slowly the manufacturing businesses have closed down or moved elsewhere, in their place: technology firms and nightclubs.

"When I first came in here I was way out from downtown," he said. "Now it's passed me."

His manufacturing business only lasted five years, not for lack of profit, but Schwartz was always a little ahead of the curve and in 1967 he began importing shoes from China--a shrewd move that happened almost by accident.

Based on the suggestion of a business associate, Schwartz went to China in 1967 in search of pig leather. He had been tipped off that there was a shortage in Canada and that China had an abundance to fill the void.

While there though, he was struck by a collection of beautiful shoes he came across and convinced the manufacturer to send back some samples for him to test on the Canadian market.

Once home he employed a salesman friend to take the shoes out and try to sell them, Schwartz bought the shoes for $1.25 and sold them for $2.50. Within two days he had an order for $30,000 more.

"It was a huge amount," he said. "About 33% of my yearly sales all at once. They were going like hotcakes."

Schwartz's success at 81 Peter is a combination of good timing and a little bit of luck. He ultimately opened up a chain of retail stores called World of Shoes and stayed in the importing business until he sold out to his partner in 1993. 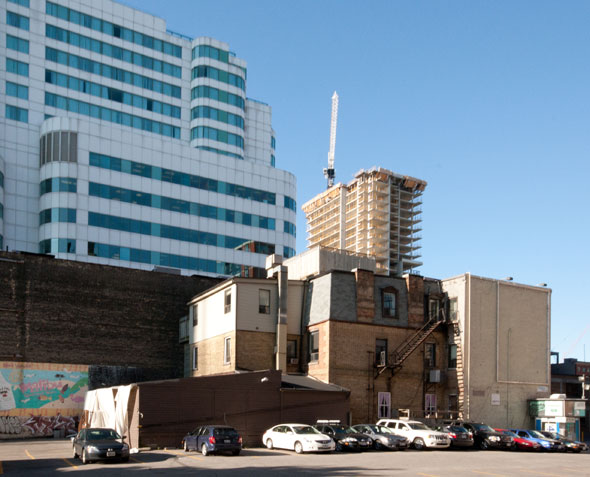 But the story of 81 Peter Street hardly begins with Schwartz. For that we need to go back 84 years prior to a man named William T. Stilwell.

In 1878 Stilwell celebrated his 29th birthday. That year he built the first structure on plan 84 lot 18, later to become 81 Peter Street. It was a home, for his wife and their child. Stilwell worked in manufacturing, but for some reason he didn't last long on that property. Two years later there was a new resident, Harry McAllen. In fact, the land has had many owners over the years and none, until Schwartz, for more than 10 years or so.

Gradually that original house transformed into the low-rise office building that exists there today, but if you go round the side it appears that Stilwell's legacy is still there. His home appears as though it was never actually torn down, but added to. 132 years of patchwork renovations has transformed the modest house into the mix of brick, concrete and aluminum siding you see today.

The neighbourhood has gone through a similar evolution. When I ask Schwartz about the surrounding area he peers out the window and points to the near-complete Bell Lightbox.

"You see that building there?" he said. "That used to be Farb's Carwash. I used to have my car washed there."

He points in each direction, recounting a city that is pre-Hilton hotel, pre-Rogers Centre and pre-CN Tower. The expansion has seen a shift in demographics in the neighbourhood as well, bringing in an influx of late-night business that resulted in its transformation into "Clubland," a shift Schwartz says really exploded in the mid-nineties. Schwartz could even be considered an innovator in that respect - he's rented the main floor of 81 Peter Street to clubs since 1991, but he's practical about the neighbourhood's expansion.

"Being a property owner, I want things to happen," he explains. "That's makes my property worth more, so I don't mind. But even if I minded, I couldn't help it anyway." 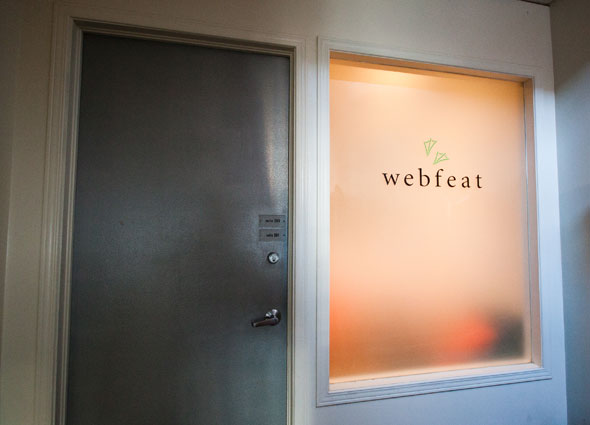 Today Schwartz is retired from active business. But he still arrives at his office every day at 9am. He plays the stock market and he also manages the property here on Peter. In addition to the nightclub Time he shares his office space with Webfeat, an online marketing firm. As for a real retirement, he couldn't imagine it.