Toronto at 4am: All Hallows' Eve at the Port Lands

The Toronto Port Lands area is always delightfully spooky and beautiful close to dusk. So, I thought... what could possibly be better than pulling an all-nighter at the Port Lands on Halloween - the spookiest time of year?

In undertaking such daring endeavours, one must not go unprepared. Just in case, I thought I'd bring Optimus Prime along as one of my bodyguards. Because really, you never know.

Past midnight, Front St. was still abuzz with the cheerful and costumed. While waiting for the 72A Pape that would take us to Cherry St., we met Liz (a colourful dead raver) and Crash (a race car driver with a fitting nickname). A rabbit filed in next, followed by a leprechaun. The shelter quickly filled up with motley characters, all waiting for our bus. Where were they all going? 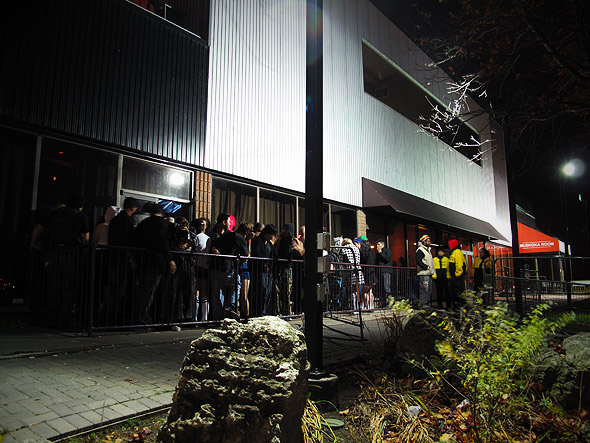 We soon found out. A noisy line snaked out in front of the Sound Academy for "Freakout!" Some were in costume, some not, but all looked equally ready for an unforgettable night of partying. 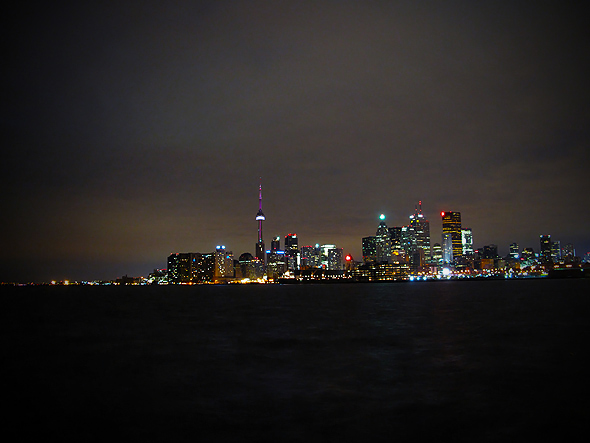 Right by the Sound Academy on the dock, we caught a brilliant view of the city skyline across the lake. 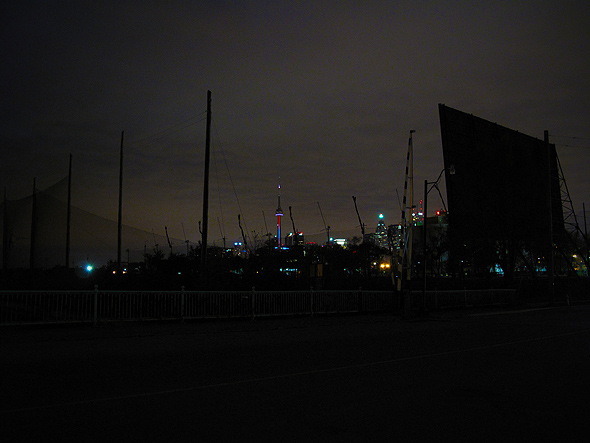 The skyline disappeared behind various sports facilities as we neared Kartworld Toronto. 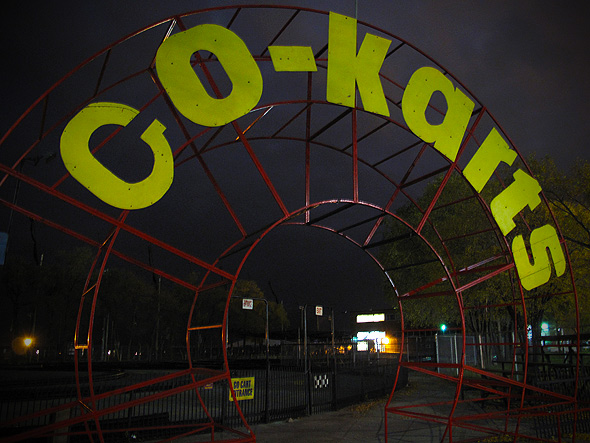 Thoughts turned to haunted amusement parks and evil clowns at the sight of the go-kart entrance. Festive. 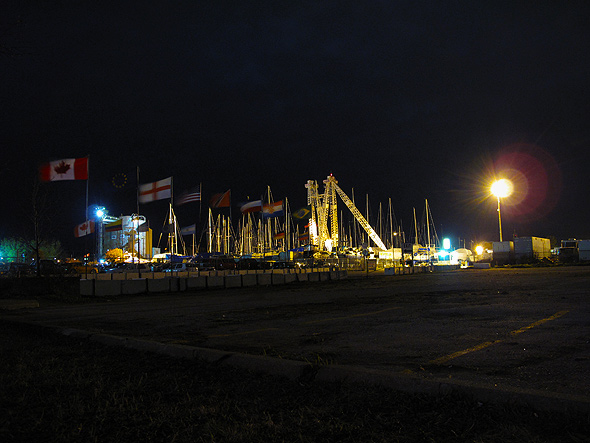 We passed the Turtle Island Recycling plant, one of various public works industries that calls the Port Lands its home. 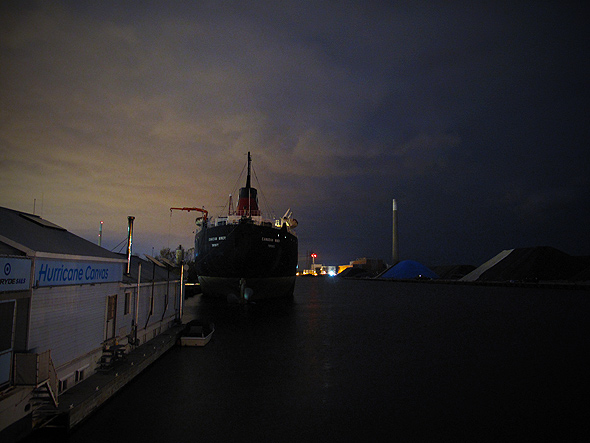 Crossing the great rusted bridge on Cherry St., we noticed a boat floating serenely in the water outside Hurricane Canvas & Sails, another company based in the Port Lands. 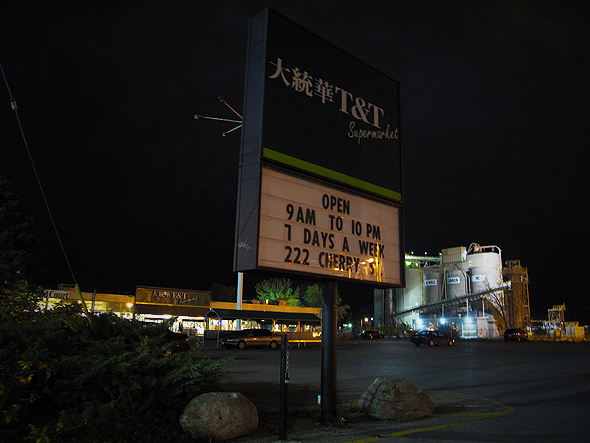 I've always thought the Port Lands' T & T Supermarket looked a little out of place, especially considering the locations of other supermarkets in its chain, which experience a lot more traffic. But after 3 o'clock in the morning, anything can seem to make a lot more sense. There wasn't energy left for much more than keeping our eyes open and our feet moving.

Tired, spooked, and slightly delirious, we approached the Cirque du Soleil's tent setup for Ovo, which premiered in the Port Lands in early September and continues to November 8. A lone security guard standing outside temporarily forgot his duties, excited as he was to see my costumed friend ("Hey, it's Optimus Prime!"). He watched our suspicious ensemble taking pictures with some amusement, before a group of his coworkers found him. "What are you doing, man?" they said. "Who are those kids?! They aren't supposed to be here!"

Luckily, we were on our way out and heading home before the light returned.

Once a month I throw my circadian rhythm for a loop and explore the city from around 2am to sunrise. Sometimes I have a plan, sometimes I don't. All-nighters don't get much better than this.