Habitats: At Home With a Couple of Architects

Everybody likes poking around strangers' houses - it's probably the only really enjoyable part of the decidedly anxious process of hunting for a new house or apartment. After launching their Art Of Living: Architecture series with a tour of artist Charles Pachter's home near the AGO, artsScene finished up their summer series with a visit to another private home in the Queen and Ossington neighbourhood - a starter home with a dubious past owned by a young couple.

You can tell that Joe Troppmann and Danielle Lam-Kukzak are both architects by a rather cute detail in their living room: twin copies of Rem Koolhaas' S,M,L,XL sitting on top of each other. The semi-detached house they bought in 2004 had a bit of a history - it was built in 1865, and remains one of the few homes of that vintage on the street, but before they took possession, it was a rooming house, and the home of a neighbourhood drug dealer who used the attic crawlspace to hide his stash. 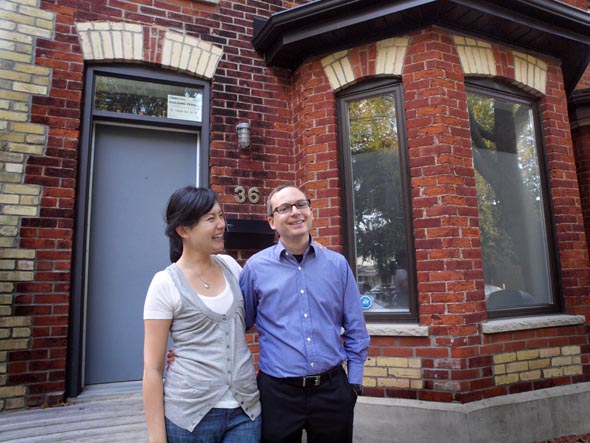 There were no other bidders for the house, which had an overgrown yard and mould problems, in addition to five bedrooms and two kitchens crammed into a relatively tiny space. They hadn't planned to gut it as thoroughly as they did, but well over a century of continuous living presented problems with flooring and levels that made them the owners of an empty shell while they both moved into Lam-Kukzak's condo during the final six months of construction.

While Troppmann admits that he'd never even been down their street previous to viewing the home, they ended up hiring carpenters and cabinet makers from the neighbourhood. There's an abundance of wood thanks to copious built-in storage in walnut, white oak and zebra wood, and Troppmann's garage woodshop ended up working overtime to help fabricate all the custom millwork. 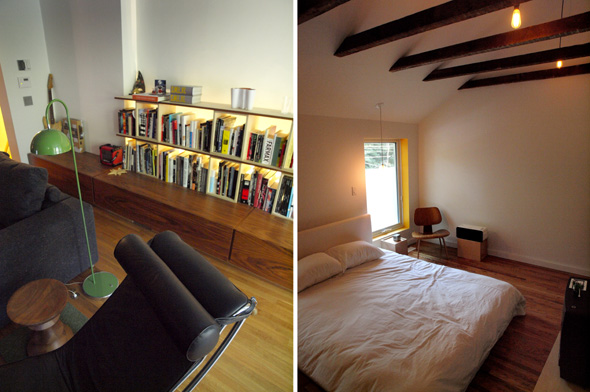 Upstairs, the drug dealer's onetime storage space was opened up, and the beams under the roof made a feature of the new lofted ceiling. Down the hall, the toilet and bath areas were separated, European-style, to preserve a bit of privacy for the couple. "We never wanted to be in that place in our relationship," Lam-Kukzak observes wryly. 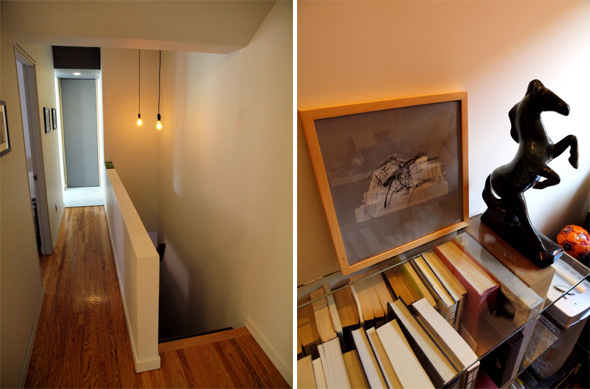 An architect's home is their best calling card, which would explain the pains the couple have taken with details, like the siding on the garage/workshop at the back, and the thin zebra wood panel that hides a vestibule-creating curtain by the front door. The home on display is only phase one, however - along with their neighbour, the couple are extending their houses into their backyards, which will add unprecedented space to the tiny Victorians. Troppmann won't hazard a guess as to how much the addition will ultimately cost, though he admits that work so far has cost roughly half of what they paid for the house - a career investment for the couple, as well as the rapidly transforming neighbourhood. 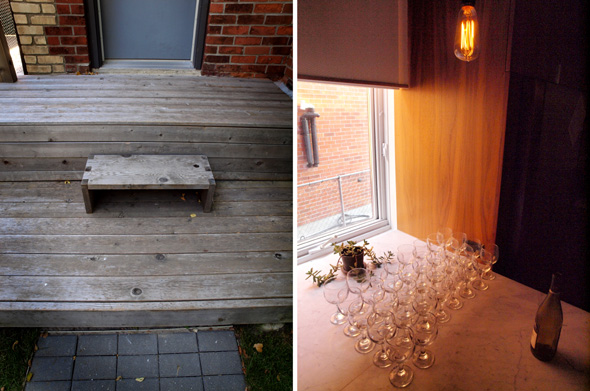