This week, the third-ever Creative Places + Spaces has been bending my brain with a near-perfect melange of speakers: the obvious brilliant locals like Richard Florida and Mayor Miller are on stage with a dash of international thinker-stars like Sir Ken Robinson and inspiring outside-the-box artists like Kat Cizek (filmmaker-in-residence at St Michael's Hospital), naked crowd photographer Spencer Tunick, and Cape Farewell artist-founder David Buckland. 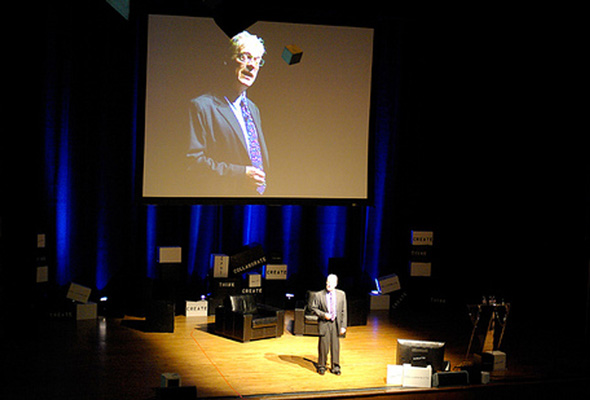 The basic topic of discussion is "the collaborative city". Which is also the creative city. "And if you're interested in creativity, you should have a strategy for it," says education strategist Sir Ken Robinson. Which doesn't sound all that creative to me, but Robinson quickly pointed out that our assumption that intelligence is rational, and creativity irrational is really crazy--because clearly, creativity is intelligent. And we aren't teaching anyone to be creative, in our school system today. Robinson argues, "We need to make innovation a habit [because] we now have a climate crisis in human talent."

Richard Florida (who helped start the first Creative Places + Spaces with Jane Jacobs in 2003) agrees, and talked on Thursday about how our culture currently values creativity as display--whereas what we need is a culture that values creativity as work, as an approach that actively solves problems. This alone would radically improve our cities. 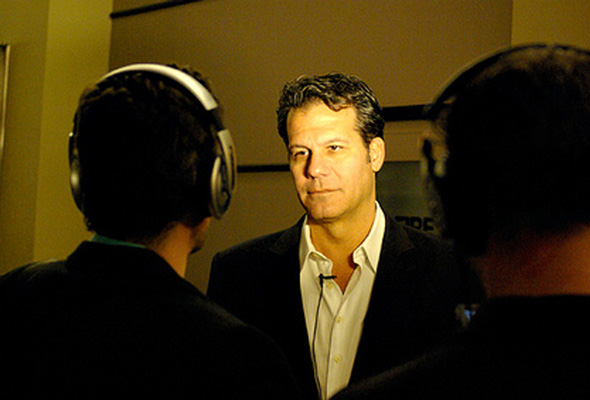 This point was beautifully illustrated by filmmaker Kat Cizek, talking about interventionist media (an idea I love). Her residency at St. Michael's Hospital was inspired by an earlier NFB project, Challenge for Change; her goal? "Not to make films about people but to make films with people." For example, one of her St. Mike's films has been screened at police stations around the city, leading to a real improvement in police emergency psychiatric interventions. Cizek is taking her work global with the new project, High Rise--can't wait to see it!

Artist David Buckland has been thinking big for a while--he became obsessed with climate change about a decade ago. His resulting project, Cape Farewell, has so far sent nine expeditions of scientists and artists, into the Arctic to raise the discourse about climate change. Buckland's starting question was: "How can we use climate change as a challenge that we can pick up and run with and be excited about?" He felt the scientists he was talking to weren't getting their urgent message to the public. Whereas artists, hey, artists communicate...when they're sufficiently inspired, they never shut up.

So Buckland started organizing sailboat voyages through the Arctic, travelling with writers like Ian McEwan (whose novel Solar, comes out next spring) and musicians like Laurie Anderson, Feist, and Martha Wainwright (oh, to sit in on that pickup band, when the boat went ashore in a tiny village in Greenland!) Buckland says, "It's not about climate change, it's about being human. We need a cultural shift." 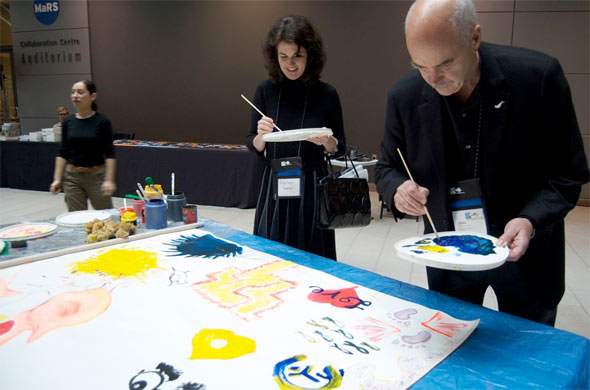 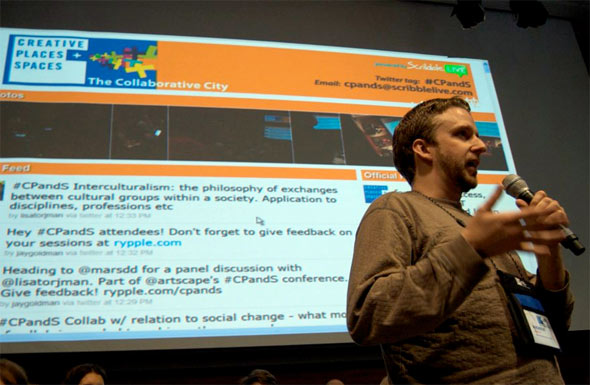 This doesn't sound so radical, here, but try to picture this dialogue happening a room with 540 bureaucrats, administrators, and policy-makers. Make these people understand how crucial art is in energizing and inspiring the population, and our cities might actually improve. "The world needs an example of a city that works," says Richard Florida (Toronto-booster extraordinaire). "If we're going to build creative spaces and places, we need to do it here. There are very few places on earth that can make this happen." 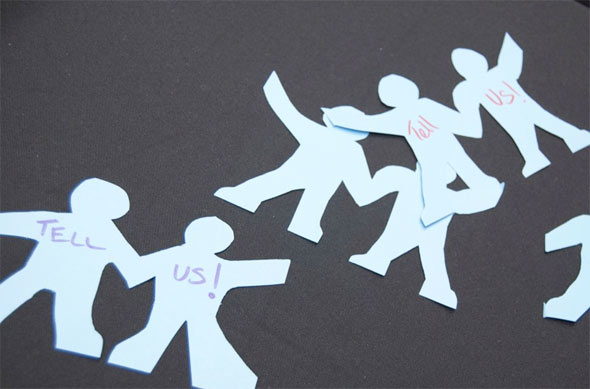