Fung Lee moved into her storefront home on Dundas West near Brock Avenue with her husband five years ago. "We liked the rawness of the neighbourhood," she told me. But Lee didn't realize just how raw the area could get.

"We'll be eating outside [in the backyard] and all of a sudden we'll see someone going in the corner on the other side of the fence. It's kind of gross... and the smell!" said Lee, whose yard is connected to a laneway near one of the local sports bars. 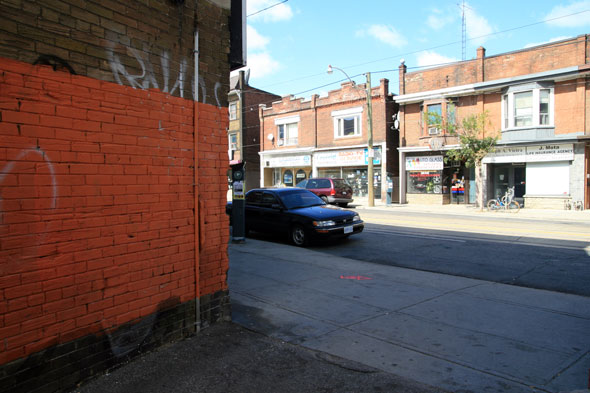 Lee believes public urination, or "P.U." as she likes to call it, is a bigger issue in the neighbourhood and involves the number and quality of sports bars.

According to a marketing study released last year by the Dundas West Business Improvement Area, there are 12 bars, mainly sports bars, concentrated on a few blocks of Dundas West. 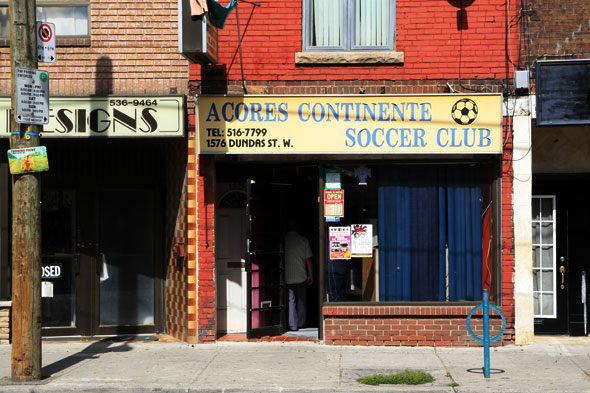 Sam Santos, who manages JC Pimentel Photography, located beside a laneway, told me he's spoken to sports bar owners and the police, but nothing has changed. The sensor lights he added in the laneway deterred some, while another business owner got tired of opening the store to the stench of urine and installed a camera at the front door.

"It's a concern too, because the laneway is close to a school. School started again and more kids use that laneway to get to Dundas. They don't need to see some man peeing back there," said Santos.

Mario Duarte, whose Euro Sports Bar and Cafe has been in the area for 10 years, agrees there is a problem but doesn't think patrons of sports bars are the only ones peeing in public.

Duarte describes his public washrooms as decent. I asked to see them. They weren't the prettiest rooms, but they were clean. "Sometimes I have to mop it up off the floor, but yes, they use them," he said of his clientele. 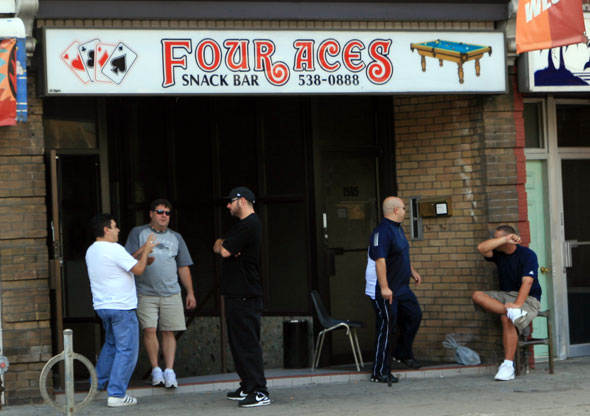 "I think it has something to do with the smoking ban," said Lubo Brezina, Lee's husband, a furniture designer who displays his work in the storefront window of their home. "People come out to smoke and then they have to pee. They have a smoke in their mouth and they're not going to go back inside."

Toronto is planning to install 20 self-cleaning public toilets. When asked whether their neighbourhood should be slated for one, many were skeptical it would solve their problem, especially when potential inebriation and payment for public toilet use are coupled. 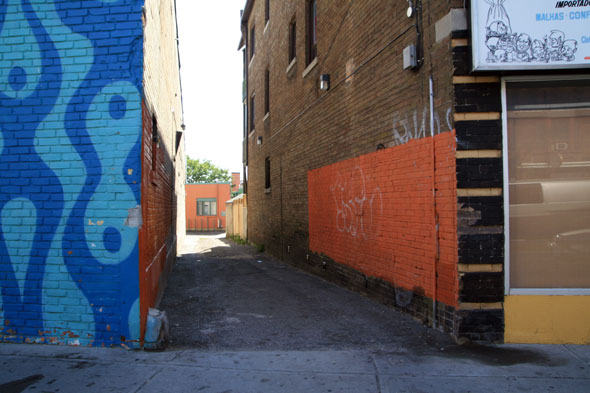 I sympathize with businesses and residents over this issue. Peeing in public is nasty for everyone. But I also fear the way some frame the conversation, mixing their own "isms" and stereotypes with legitimate complaints about patrons coming from predominantly Portuguese male sports bars who pee in public. The owner of an upscale bakery, a recent addition to the area thanks to cheap rent, thinks the sports bars are a stain on a neighbourhood trying to rebrand itself. One of the "unsavory" nearby sports bar practices she described was the cooking smelly sardines (a Portuguese staple), in an outdoor wood stove.

I guess she missed two points of irony: That she moved to a predominantly Portuguese neighbourhood; and that she was talking to a Portuguese-Canadian who occasionally barbeques smelly sardines herself.