When the city announced on Thursday that it would be opening 19 mini dumpsites to deal with the build up of garbage brought on by the current outside workers strike, I was initially pleased. Although it seemed to signify that the city was digging in its heels and preparing for a long strike, I liked that it was offering an alternative to storing garbage in fly-riddled, rank heaps just outside of my door.

When I read that Christie Pits and a host of other Toronto parks were included on this list of "temporary drop-off sites," however, my attitude quickly changed. I wasn't angry and frustrated so much as I was confused. Why, I wondered, would the city want to use green space for the reception of garbage? Surely in a city of Toronto's size there must be better places? 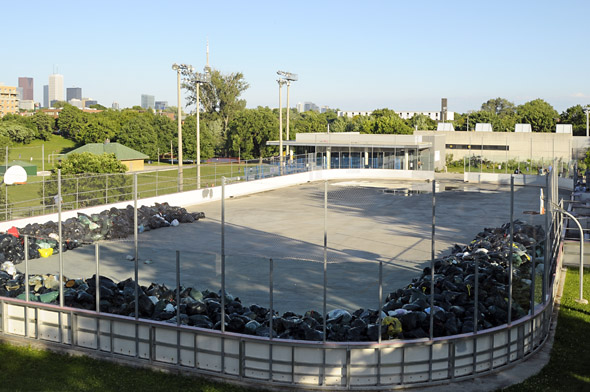 Apparently I wasn't the only one asking these questions. As my wife and I have a plot in the community garden at Christie Pits, I received an email notifying me that a protest had been planned for Friday the 26th by the Friends of Christie Pits. Eager to hear what other residents had to say, I decided to attend.

Although I have a healthy bit of cynicism when it comes to community protests - so many of which place self-interest above any sense of the greater good - I also think that they're absolutely crucial to the democratic process. This is particularly true at the municipal level, where getting the attention one's councillor and effecting change is well within the realm of possibility. That said, I wasn't attending as a protester, but as someone who felt the need to learn more about the situation. To participate in protest, I've always thought, necessitates sound knowledge of the state of affairs in question. 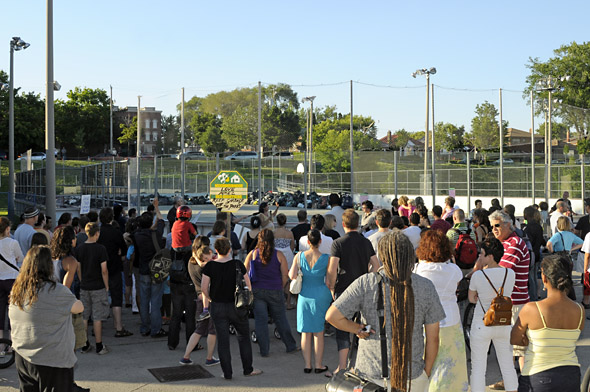 Well, a little learning is exactly what I got/did. Although the turn-out wasn't particularly great - maybe a couple hundred people or so - and Councillor Joe Pantalone was nowhere to be found, the organizers did get the ball rolling in terms of voicing their dissent. And most of what was said made a lot of sense. Regardless of the fact that the organizers and most of the attendees of the protest couldn't help but be biased when it came to the city's decision to use Christie Pits as a temporary dump site, a number of excellent criticisms and alternatives were offered throughout the protest/open mike session.

One of the first points made certainly struck a chord with me. Despite the protest's location at Christie Pits, organizers sought to distance themselves from the NIMBY (not in my backyard) position, claiming solidarity with the numerous other parks on the temporary dumpsite list. From my standpoint, this lent greater credibility to the proceedings. Instead of a bunch of people whining about their bad luck, the key item of protest was the fact that parks had been chosen for the storage of garbage in the first place.

The most convincing comments in this capacity were those made by Boris Steipe, a resident of Crawford Street and a doctor with a biochemical background. Steipe pointed out that despite the city's request that residents using the dumpsites double bag their garbage, it was clear that the garbage stored in the hockey rink at Christie Pits was already leaking. And when it comes to garbage, leakage is a big problem. The cesspool that results from a large-sized garbage leak is a breeding ground for maggots and a major attraction for rats. Compounding the problem is the virtual certainty that toxic insecticides would have to be used to control the type of infestation that would arise in the event of a long strike. These aren't exactly the types of things you want kids playing around. 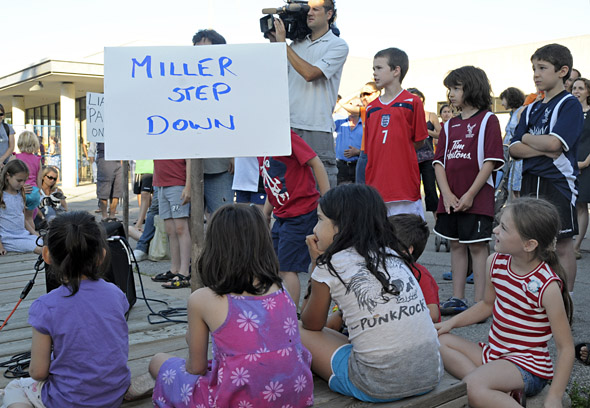 But beyond these criticisms and the voicing of frustration over the fact that Councillor Pantalone's staff assured Christie Pits residents and community groups that the park would not be used as a dumpsite, what I found most compelling about the protest were the alternatives offered. Steipe offered up the land other the Gardiner Expressway and the Port lands as options that would allow the city to circumvent the need to use park lands. In the case of the Gardiner, its elevated structure would provide a makeshift roof that would prevent the garbage from being exposed to excess rain, something that, to my knowledge, none of the parks can offer.

I'm quite sure that one of the reasons the city has chosen to use parks as temporary dumpsites is for the purposes of coverage and convenience. A quick look at the map of the dumpsites - many of which, it should be noted, are transfer stations - shows pretty even distribution throughout the city. But I wonder to what degree residents would prioritize this convenience over the potential harm caused by the use of parks as mini dumps. I suppose only time will tell. 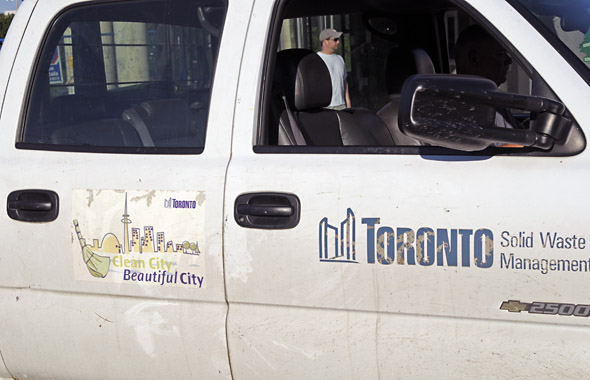