All kinds of makes and models of bikes, seized in a recent raid on Igor Kenk's Bicycle Clinic last Friday, were on display this past weekend at Toronto Police Central Garage near King and Dufferin.

On a rainy Sunday afternoon, people came to the open house to mull over the 220 bicycles that were apprehended, searching for their long lost two-wheeler.

"This is the best and quickest way to get the bikes back to the original owners," said Police Inspector Bryce Evans of Toronto's 14th division. "As a result of this investigation, there's a seizure of about 1500 additional bikes in the downtown core."

This is a result of search warrants that resulted in five more caches of bikes discovered in Toronto warehouse spaces.

If you had a bike stolen in Toronto and weren't able to get to the open house this weekend, they extended the viewing until 6 p.m this evening at Central Garage on 9 Hanna Ave. 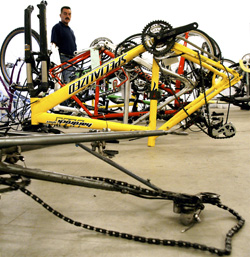 "Next weekend there will be more to see in a bigger facility," said Evans. Stay tuned for information on where and when this will be set up.

According to a Toronto Police Service press release issued this afternoon, more than 50 bicycles have so far been identified and returned to their rightful owners. Including one bicycle that was stolen eight years ago.

One of the lucky few to get his bike back is Mark McGann, 49, whose '93 Genesis Grey Owl was stolen on his birthday last month.

"I went out to get a coffee and when I came home I leaned my bike on my front porch and went inside to put my coffee down, before going out to get bread." explains McGann. "When I went back out, less than four minutes later my bike was gone."

This story sounds all too familiar. Bike thieves are a wily bunch. Often they'd follow you, waiting for you to make the slightest mistake that gives them an opportunity to make off with your $1500 bike. 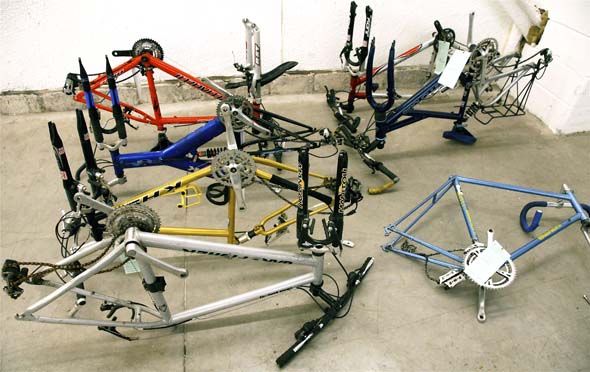 "I'm one of the owners of Comrags on Queen Street West and I had heard about Igor's bike shop," says McGann's wife, Kelly Mansell. "When I heard on the radio this morning about the bike recovery I came here to check it out. The bike lock was still on the bike, so we went home to get the key to unlock it and take it back home."

As I wander through the dozens of bikes, I'm not surprised to notice that some of them are just frames, their wheels and gears all stripped bare. I come upon a child's bike carrier and wonder what morally corrupt thief would steal that? 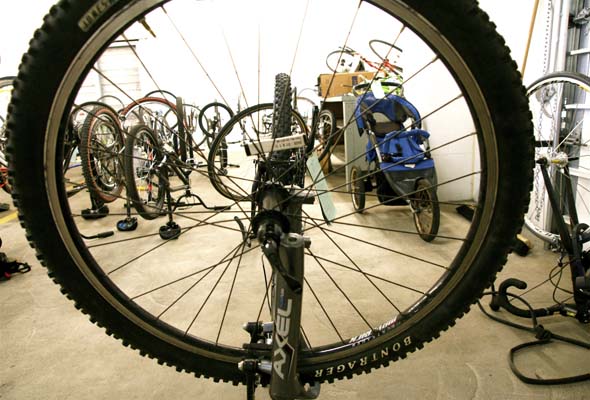 Police detective Izzy Bernardo with the Major Crimes Unit of Toronto's 14th division says bicycles are part of property, so they're part of what his unit investigates, along with drugs, street robberies, gang violence and auto theft.

"This is not about villainizing Igor. This is about prosecuting someone who is not following the moral rules of society," says Bernardo. "This recovery and investigation is about getting the bikes back to the people." 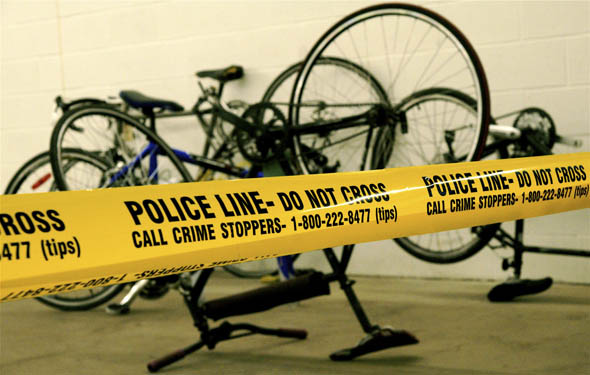 Police are requesting the public's assistance with any information on any premises or storage facilities known to be owned or rented by Igor Kenk of the Bike Clinic. 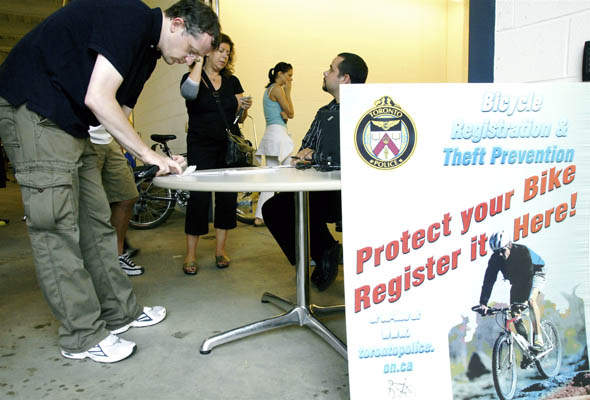 If you attend one of the viewings, you will also have the opportunity to register your bike using the TPS online registry.

And if that's your pink Paul Frank Skurvy bike, be sure to bring proof of ownership (receipt of purchase, previous police report or registration) to claim back your sweet ride.