TTC Strike is Back on The Table

UPDATE (Sunday, April 27th, 2:30pm):
- Back-to-work legislation has been pushed forward and all TTC workers have been ordered back to work. Service is expected to slowly return within a few hours, and full service is expected in time for the Monday morning rush.

UPDATE (Sunday, April 27th, noon):
- Global News has told us that their sources predict a return of some service as early as 7pm today
- TTC Chair Adam Giambrone predicts a return of service by 9pm today (via Spacing, via Giambrone's Facebook)

We recommend that transit users not rely too heavily on these predicted service start times, because they're not confirmed, and there is sure to be a slow, varied return of service across the city.

Much more strike-reporting after the jump... 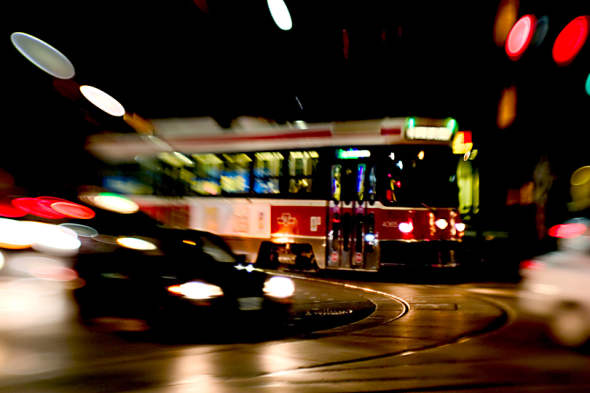 At 12am on Saturday April 26 members of Toronto's Amalgamated Transit Union Local 113 walked off the job after the tentative contract proposed last weekend was rejected with 65% of ATU members voting to reject the contract.

So far there has been no official news from the union beyond the statement released explaining that they would not be providing the 48 hours notice as previously promised because based on last weekend's experience while they were in a notice period, the union was concerned about the safety of the front-line transit staff. Senior union members will be meeting today and are expected to hold a press conference after the meeting to talk about next steps.

Friday night Mayor David Miller made a statement expressing his disappointment with the ATU Local 113. He was visibly very upset and has asked Premier McGuinty to introduce back-to-work legislation. According to Miller, McGuinty has agreed to bring it forward to the legislature as soon as possible. Video of the mayor's statement is below.

More videos are available through Global.

It took them a while, but the TTC has finally announced the legal strike on their site last night.

It has just been confirmed that the legislature is being called for an emergency session on Sunday. So, it's possible we'll have back-to-work legislation passed by Monday as John Tory has already indicated his support in principle of this legislation. Understandably he wants to see it before making any outright promises. 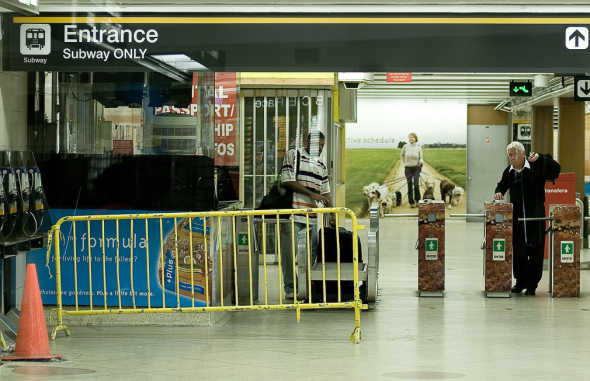 Photo of Union Station barricades by ceribria in the blogTO flickr pool.

UPDATE 1:50pm: Dalton McGuinty has recalled the legislature for 1:30 p.m. Sunday to debate back-to-work legislation. Fingers crossed that this means we'll have transit again on Monday.

UPDATE 2:00 p.m.: Howard Hampton has said that he's not going to comment yet on whether or not the NDP will support the back-to-work legislation. He pointed out that negotiations are ongoing and he hopes that a settlement can be reached that way.

UPDATE 5:40 p.m.: Howard Hampton has said that he will support the legislation. This means, barring any unforeseen complications, it looks like there will be TTC on Monday. Global news is reporting that a "Source in Premier's Office says the Legislation will take effect as soon as it receives Royal Assent. Penalties for defiance are $2000 per day for individuals and $25,000 per day for Union or employer. A "mediator/arbitrator" will settle matters still in dispute, with no appeal."

One of the things that has people the most angry is the lack of 48 hours notice for safety reasons. My gut reaction to this (and apparently many other's given the comments in this post) is that they have put their front-line staff in more danger by withdrawing service at midnight, with no warning, leaving people stranded on a Friday night. The drivers and ticket takers are out of harms way for now, but they will end up facing an irate population once they do return to work. I do not envy any of these front-line operators and I really hope that people don't take this out on individuals, individuals who may or may not have voted to strike, individuals who may be just as upset as the rest of Torontonians are, but with the added frustration of being loathed by all around them, and being forced into a situation where they have no choice but to stay away from work and not get paid.

In his statement last night, Mayor Miller said that the city is implementing it's contingency plans. He wasn't very clear what said contingency plans are, but he did say that there will be more information about how people should proceed on Monday. He has spoken to the chief of police, city manager and other senior city officials to ensure safety and public access to downtown and across the city this weekend.

Miller insisted that the TTC bargained in good faith and put forward a good contract. And that the strike action is unacceptable and unnecessary. He said that earlier Friday evening he spoke with union president Bob Kinnear earlier today and asked him to please honour the promise of 48 hours notice, but Kinnear refused. Miller said this was unacceptable and also irresponsible. The result is that the city kind of feeling a bit like we've had the rug pulled out from under us.

The Mayor asked Torontonians to stay tuned to local media for updates throughout the weekend. Thus far the only actual direction we've gotten from the Mayor is his plea that everyone help each other out. He didn't specify what this means, but I'm guessing it means help your 80 year old neighbour carry their groceries home, car pool to work, stuff like that...

680 News has an article that includes information about things like where specified Emergency No Parking Routes are being established to facilitate the movement of emergency vehicles through the city. Also, limited Wheel-Trans service will still be available for for customers who need to go to medical appointments for life-threatening illnesses.

By 2am on Saturday there are already stories of violence. A man called into 680 who was saying that fights were breaking out and a TTC worker had been grabbed and was being roughed up by angry folks stranded by the strike. And in the comments section of this article Andrew says: "I just got out of the station at Yonge & Eg - some very angry wannabecommuters... a couple started majorly swearing on the guy in the ticket booth." It's gonna get messy folks. Messy messy messy.

As of 12:30pm on Saturday apparently both sides have returned to the negotiating table and any media briefing has been postponed indefinitely. I'll be sure to update you if by some miracle someone comes out and talks to the media.

If you're looking to have your voice heard by the TTC, why not try sending them a message through their complaints form?

In the meantime, what are you going to do if there is a during the strike? Did you rush out and get a bike last weekend when it looked like we'd be facing a strike then? A sturdy pair of shoes? Camping gear so you don't actually have to leave work... 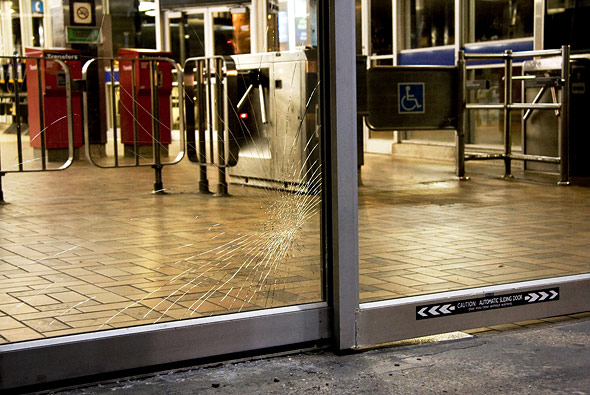 Entrance windows of Spadina Station shattered. Photo taken at 3am by Tanja-Tiziana. 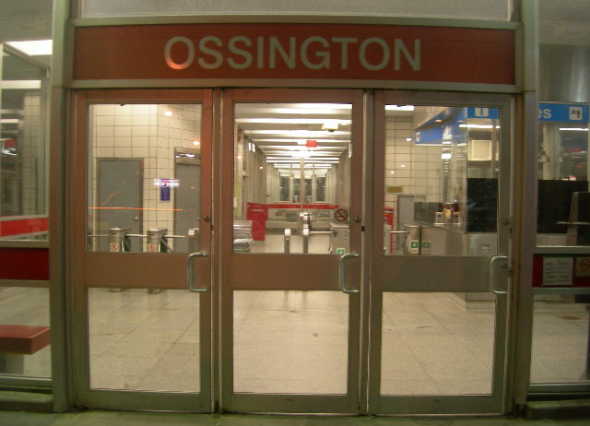 Ossington Station, completely deserted. Photo submitted by photopia. Not a site you usually see at midnight. 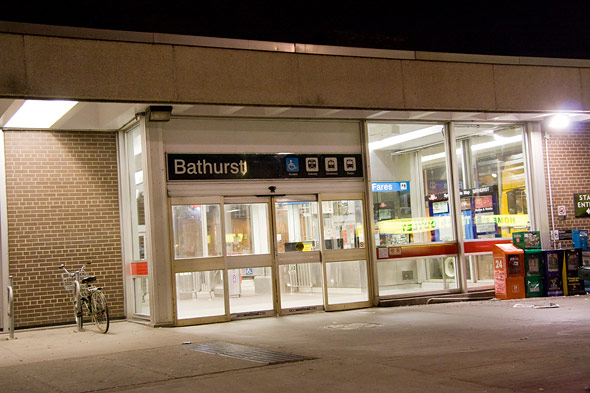 Bathurst Station, equally quiet and surprisingly not covered in eggs by Annex partygoers. Photo by Tanja-Tiziana.

For more strike pictures check out the blogTO flickr pool.