Proposed swimming pool closures in Toronto prompted over 600 Riverdale Collegiate students to walk out of classes in protest at 2 p.m. yesterday afternoon.

As previously reported in CityNews, 23 of the city's pools are identified for decomissioning in June, with a further 16 going dry by June 2009 due to the Toronto District School Board (TDSB) lacking the funding to keep them operational.

"It's a shame because it's closing all routes to further paths of swimming, such as at university, the nationals and the olympics," said Sean Collins, 23, who volunteers as a coach with the Riverdale Collegiate swim team, which he was a part of for five years while a student at the school.

The school board has been struggling to keep its budget afloat ever since the Mike Harris government created the funding formula about 10 years ago that doesn't sustain the operability of the pools. Without provincial and city funding, the TDSB says it cannot continue to operate all these pools. The closures are purported to save $4 million and help correct the board's current $81-million deficit.

Perhaps some corporate sponsor will step up again, like Mastercard did last October when our skating rinks were threatened to close. Can't you just picture a giant Mastercard logo on the bottom of your high school's swimming pool? The free publicity would be priceless. 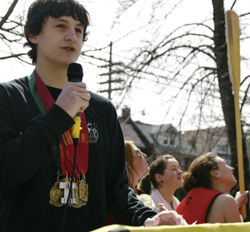 "If you want to cool down in this city, you swim," says Andrew Rudyk, 17. Rudyk used to swim every single day for two years when he was at Earl Grey Middle School. "There's increased dangers of swimming, if not in pools."

Besides, if kids aren't taught to swim at an early age, there could be increased numbers of drowning fatalities. 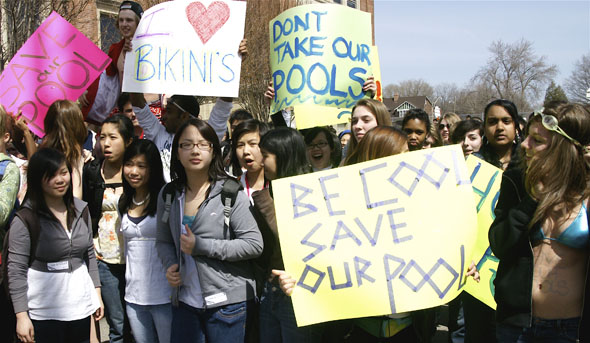 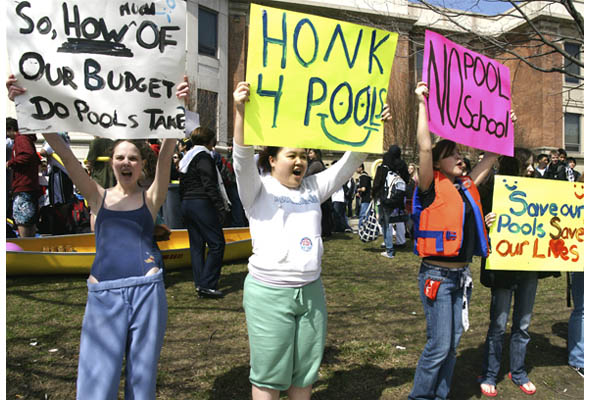 I spoke with Fernando Roque, the head caretaker at Jarvis Collegiate, whose pool is threatened to go dry this June. He explained that, in the long term, it'll cost a lot more money if they close these pools now.

"The piping will require major replacement if they close the pool for a few months," says Roque. "Once you stop running water through the system, the build-up inside the pipes breaks down and requires a lot of labour and material to fix." 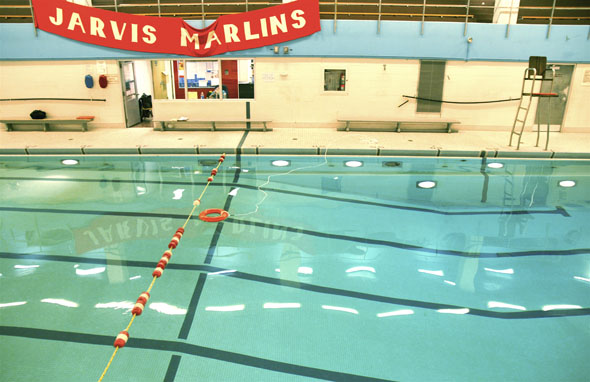 With all the proposed swimming pool closures, do you think the school board will sink or swim?