An independent non-profit organization founded in the Netherlands in 1955, World Press Photo organizes the world's largest and most prestigious annual press photography contest. The prize-winning photographs are assembled into a traveling exhibition, which is visited by over two million people in more than 80 cities and 45 countries each year.

This year's winning image by Spencer Platt depicts a car filled with young, affluent Lebanese returning to their homes after several weeks of bombings in Beirut. It could be debated that it is not the most provacative of photojournalistic images, but it does remind the viewer that victims of war don't always fit into the usual historical view of war.

This year marks the 50th anniversary of the contest and displays 200 images. The categories include spot news, contemporary issues, daily life, general news, portraits, people in the news, sports action, nature, sports features and arts and entertainment. Each of the images are explained with captions that completes the visual story. One image by Per-Anders Petterson depicts a nine year old sex worker from the Congo smoking a cigarette. A series by Pep Bonet shows several images from the single leg amputee sports club in Freetown Africa. Another memorable image by Akintunde Akinleye shows a man rinsing soot from his face at the scene of a petrol pipeline explosion in Nigeria.

Two Canadians have earned a place in the final standings. Paul Nicklen took first prize in Nature Stories for his images of sea leopards and Chris Anderson for his single entry in People in the News of Venezuelan President Hugo Chavez. 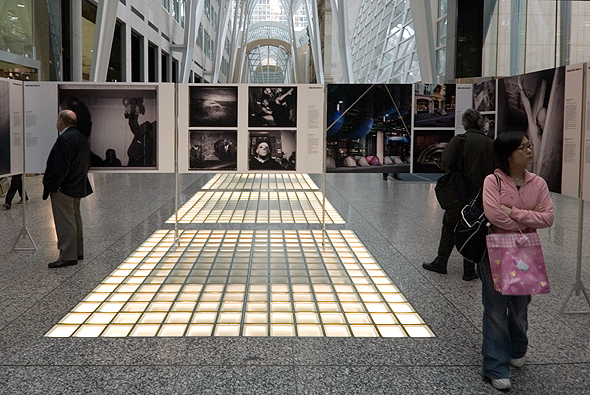