Heads up. Police have found 27 bullets so far after a gun battle in the entertainment district. No arrests have been made yet, but one innocent bystander took a bullet to the butt. UPDATE: CBC reports that 40 shells have been found, from as many as five different guns.

Are Toronto's municipal election rules archaic? People in prison can vote, anyone with $100 can run for office, and if any candidate dies after nominations close, the election is void.

Forget about holding up a convenience store for cigarettes... three shipping containers containing $1.2million worth of raw tobacco were stolen from a Brampton shipping yard.

A bomb scare shut down an area around City Hall yesterday while the bomb squad used a robot to defuse someone's lunch (or something equally harmless, apparently).

Insurance companies are floored by the number of drivers that floor it. In October, the first month of new anti-speeding laws, over 1000 people had their cars taken away and huge fines imposed. At this rate, Toronto could solve some of its budget woes.

When you pay for front row VIP season seats to the Raptors and the team adds a few seats in front of your front row seats, what do you do? You sue for millions, obviously. I'd love to hear how "damages of $1.6 million, and a further $20,000 for every Raptors game the company's executives miss" are justified. 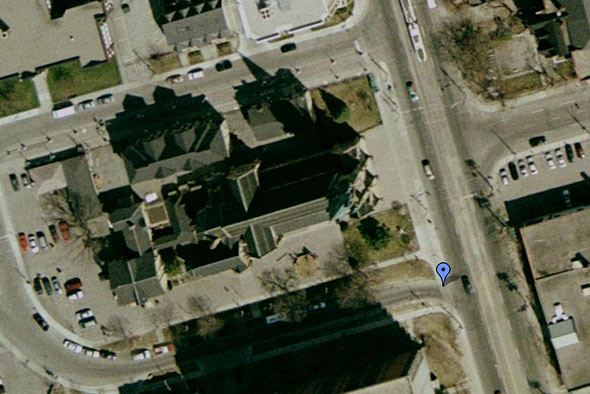