The UnderTOw: The Empire Sandy

I've probably been spending too much time down on the waterfront these days. Since it's a public space that disappears from most of our minds in the colder months, now is the time to go swimming, party on the beach, or just soak in the sights and sounds of the Great Lake our city sits on.

While I wouldn't qualify myself as a boat-nerd, I have been gaining an appreciation for the ships that line the central waterfront during recent visits. While some require exclusive memberships to ride (or even see moored on the dock), some of the more majestic and storied vessels sit right up against the boardwalk. The Empire Sandy, which sits at the foot of Spadina, is one of these ships, and its semi-battered hull has a few stories to tell. 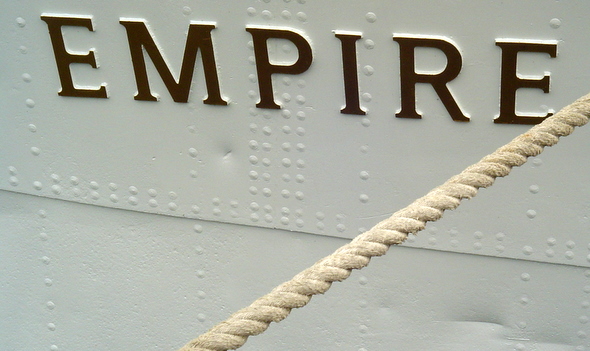 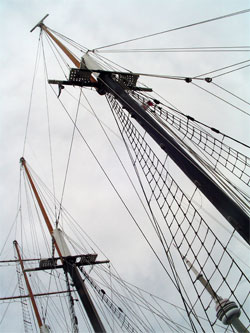 If you look closely at the hull of the ship, you'll notice a number of small dents, like scars. The Empire Sandy was built in 1943 in Britain, and served as a salvage tug for merchant ships damaged in battles in World War II. According to an occasionally unreliable source, the dents that line the hull of the ship are scars from being caught in the crossfire of those battles.

A phone call to the ship's operators didn't reveal a firm answer about whether or not the claim is true, but it's an explanation that excites the imagination. In the photo above, dents are visible both in the lower right-hand corner and right under the "M" of "Empire." I'm no expert at nautical forensics, but a quick scan of other ships moored in the harbour showed these dents to be unique to the Empire Sandy.

Some time ago an out-of-town guest and I coined the term the "Toronto Statistic" for those "World's Largest" statements that pop up all over the city. Whether it was for the world's tallest building, the world's longest street, the largest public library system in North America, or any of the other dozen similar statements that float around the city, I think one to be proud of is the fact that the 740 ton Empire Sandy and its 11 000 square feet of sail make up the largest sailing ship in Canada.

In a city that's supposedly detached from its waterfront, the large clusters of ships remind us that some people still like to take advantage of the water, at least until the winter erases it from our minds for six more months. 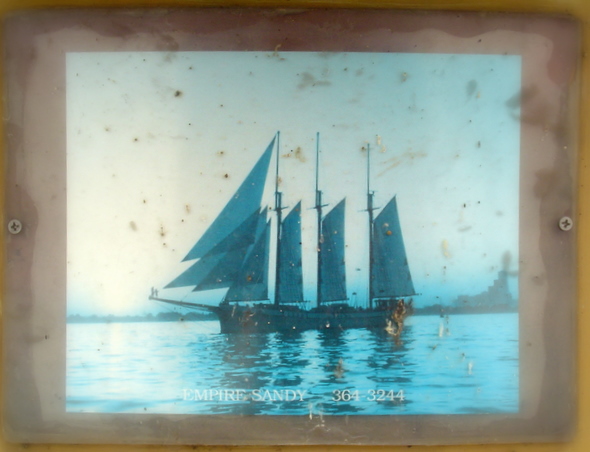