People in their late 20's and early 30's (I won't tell you which I am) have become much more sophisticated wine drinkers. The LCBO continues to see increased sales, especially in the Vintages section. Once you make the jump up to premium selections, it's hard to go back to the $8 stuff.

Schools in troubled and poverty-stricken neighbourhoods will have their doors open all summer long, and will host a variety of recreational and academic programs thanks to $4million in provincial funding. Sounds like money very well spent to me.

A lawyer representing police claims that the deadly weekend crash that killed 3 teens was not the result of a police pursuit gone bad. Will retractions or follow-ups to the many knee-jerk reactions be published?

Four court guards working at Old City Hall and employed by the Toronto Police Services were convicted of assault after they beat a stubborn prisoner and effectively used him as a mop to clean the floor of juice he'd spilled. Treating a prisoner like a dog being housebroken isn't acceptable conduct, gentlemen.

A kidney donor that flew to Toronto from Australia and passed all of the screening procedures was sent home without going under the knife, likely because of his controversial religious associations.

MINI-SURVEY: Reader David E has suggested that to make the Crossroads puzzles more challenging, I consider subjectively rotating the images so that players no longer have the ability to immediately know which direction is north (and south, east, and west). Are the puzzles challenging enough already, or should we up the challenge by selectively rotating? 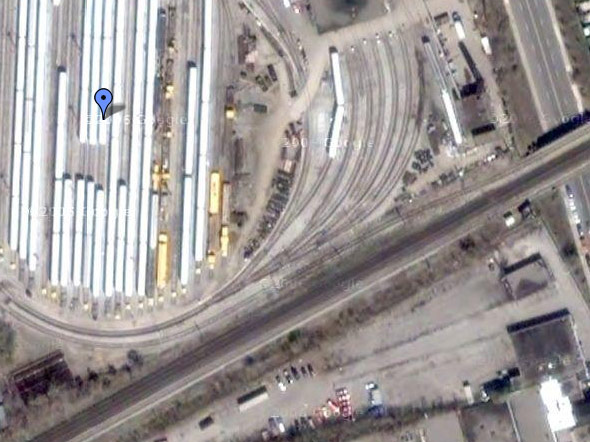