Toronto wrapped up Pride week last night with the massive parade and street party that drew an estimated 500,000 people. Be sure to check out all of the fabulous event coverage on the pages of blogTO.

History was made at Woodbine racetrack this weekend, when Emma-Jayne Wilson became the first female jockey to win the Queen's Plate - an honour previously only bestowed upon tiny men.

Forcing school kids to run in hamster wheels to generate power would be cruel, but turning schools across the entire city into a grid of renewable energy is a brilliant idea. The SWITCH program appears to be gaining momentum.

It was like the wild, Wild West in the Jane St. area last night. Three people (including an innocent bystander) have bullets in them after what appears to be a shooty gang vs. shooty gang encounter.

The OPP is considering aerial surveillance of our highways to curb what appears to be a growing problem. Speeding drivers have been under the spotlight in the wake of recent serious, fatal accidents on our roadways. 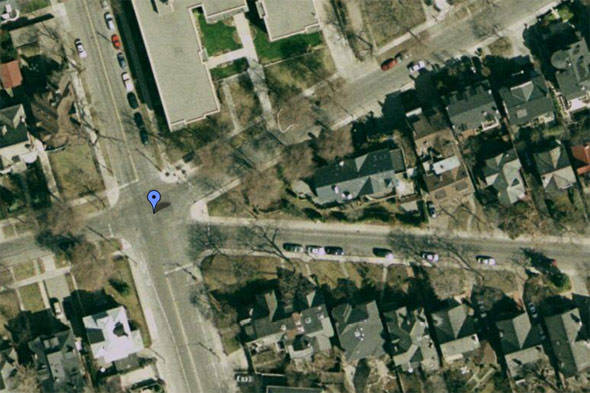 Useless tidit: this is puzzle #50. Do you recognize this part of the city? Post your answer in the comments, and check for the answer in tomorrow's blogTO Morning Brew.