The Tenant coffee shop took over after The Mascot went bust in Parkdale . By the looks of it I'm not sure if the name is a play on the Roman Polanski movie / Roland Topor book , or if they are actually just lodgers, hanging around for a while. Both are apt, as there's something transitory and almost sinister (OK, 'sinister' is a tad dramatic - how about 'hollow'?) about the new café.

Currently, half the space is empty (to be used for pop-up shops in the future); the other half is still occupied with remnants of The Mascot's former wooden bar. Several two-top tables and one communal table are occupied, though; the place is actually full of people, who elevate the vibe of the shop by their presence. Clearly, Parkdale citizens want coffee, WiFi and seats. Still, it all just seems so temporary. 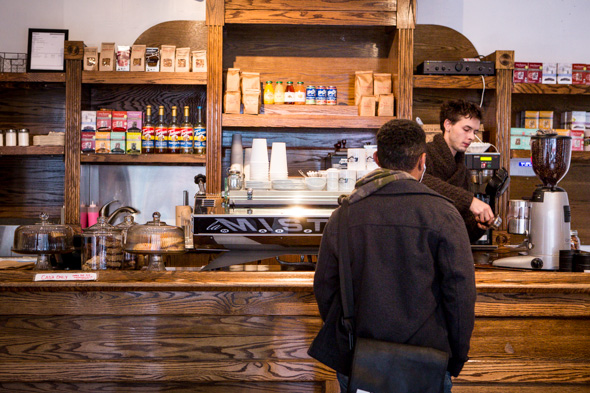 The new cafe uses Canterbury Coffee from Burnaby, B.C. on their La Marzocco Mistral machine. I order an Americano ($2.50). It's a little weak, and just doesn't have the gusto of other Americanos in the 'hood (ahem, Capital ), though the barista says they may switch to a bean from India. 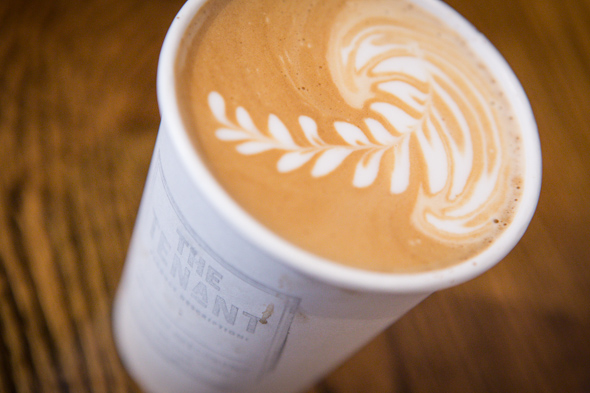 They also carry the usual drinks - lattes, cappuccinos, espressos, as well as chai lattes and apple cider. Their menu shows no prices, something that adds to the dine and dash energy of the cafe, as if they can't even commit to the price. Drip coffee, I find out, is $2.25. 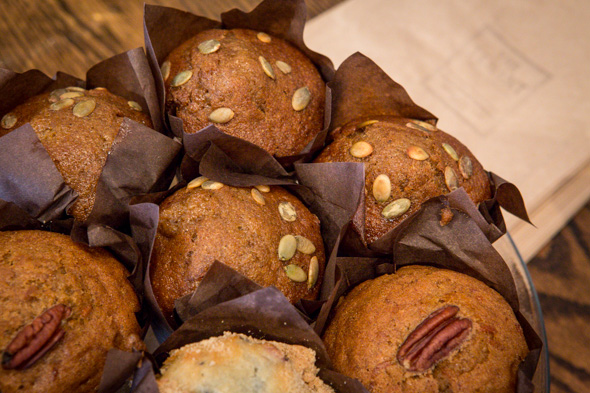 Besides the light from the big windows and the Kurt Vile playing on the iPod, their extensive selection of Two Leaf teas is the biggest selling point. Some tulip muffins and brownies sit under glass on the counter, but nothing is baked in-house or has a signature flair. 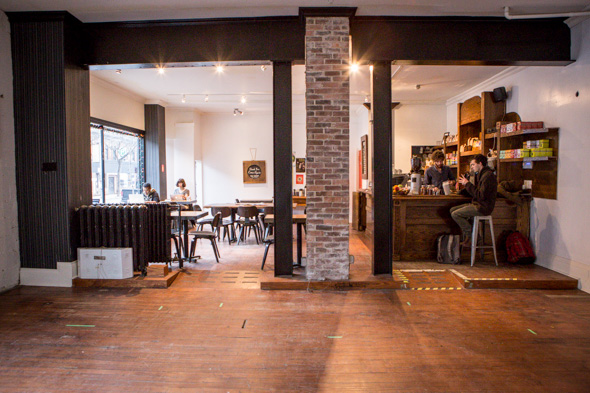 There's nothing particularly awful about The Tenant, but overall I'd say it feels like a holding cell for those who want to do work and can't find a seat elsewhere, where the coffee is better and the muffins are freshly baked. Hopefully they are just going through some transitional growing pains, and will commit to the space, the prices, and some 'brand' definition in the future, but for now The Tenant feels like it's about to skip town. 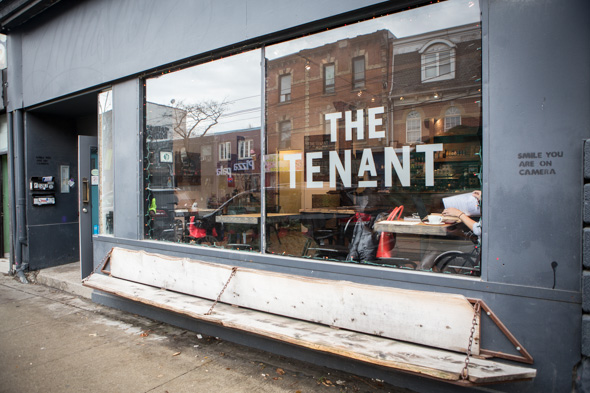