The Black Canary Espresso Bar is the rebranded, redesigned incarnation of the former Bisogno Espresso Bar . The fundamentals â that is, the coffee, the snacks, the overall atmosphere is the same, though the sign outside advertises a new name and there's a fair amount of additional seating. 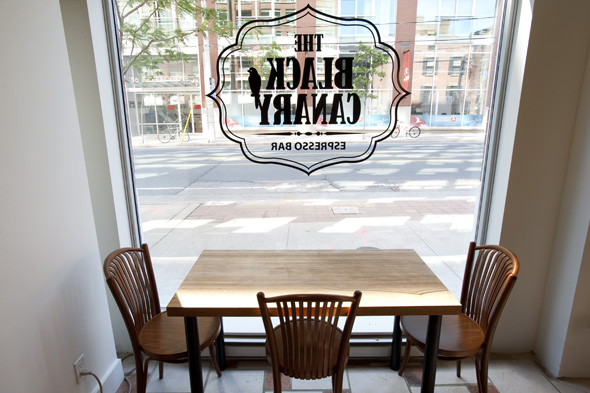 I catch up with Luthie Lampa who, along with business partner Mark Gringas, bought Bisogno from its beloved owner, Von, a little more than a year and a half ago. "We were buying coffee here for about three years before that," Luthie says, adding that she worked in post-production in the area before taking over the cafe. "I've always wanted to have my own coffee shop," she says. "So when Von was looking to sell, it was the perfect opportunity." 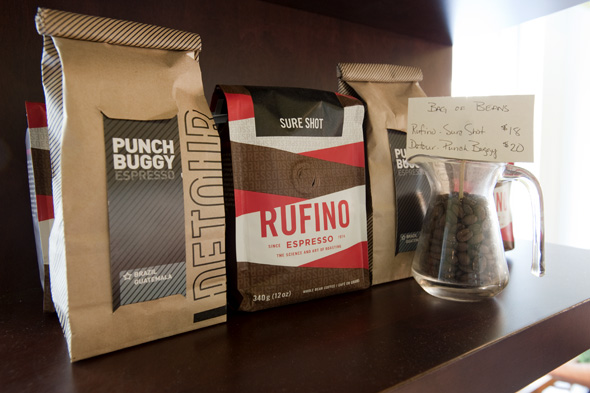 From the get-go, Luthie and Mark knew they would keep the coffee the same, using Rufino espresso for its milk-based espresso drinks and Detour for its shots and Americanos. I order my Americano iced ($3) and watch as Luthie pours the espresso over a cup of ice water, keeping the crema mostly intact. 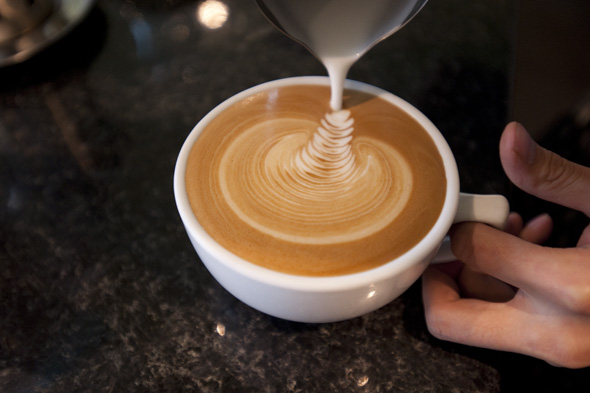 The flavour is bold with fruity undertones and doesn't need the added adornment of milk and/or sugar (though Black Canary has lactose-free, soy, and almond milk options, as well as agave syrup and organic honey). And for the Nutella nuts (pun intended), The Black Canary still has its "Mocha Nutellacino" ($4.00/$4.75) and "Mocha/Nutella Latte" ($4.50/$5.25) on the menu. 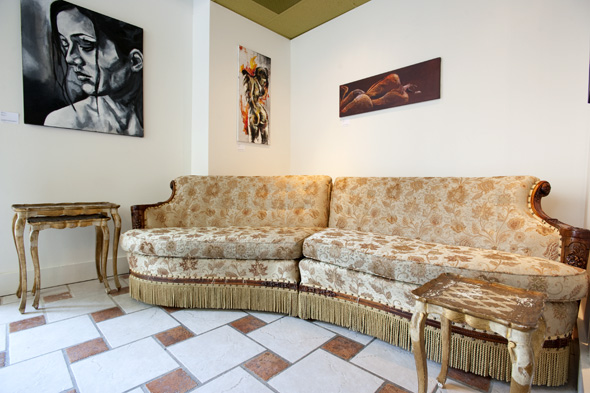 To eat, there are muffins, scones and more from Desmond & Beatrice , gluten-free cookies from Queen B Pastry , and bagels from Gryfe's . 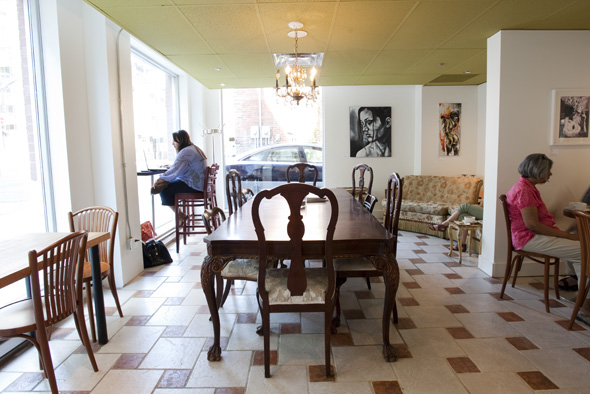 The difference, now, is that there are many more seats on which to plunk down and enjoy. The cafe has kept the antique wooden dining table as its central focus, but it has surrounded it with smaller bistro tables and new window seating. The milk and sugar station has also been moved to optimize space, and the existing bar was demolished and created anew.

And perhaps most noteworthy of all â the drop ceiling has been painted in a pea-green shade (I know, I know), which actually seems to brighten up the space when contrasted with the bright white walls. The effect is sort of a 1950's-vintage living room space, but with plenty of George Brown students typing away on their laptops. 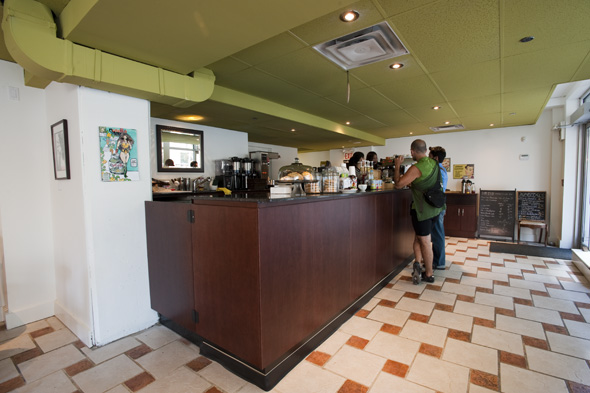 As for the name, Luthie says it was pretty much something she heard and decided sounded good. "It's also the name of a female superhero," she says, "but that wasn't the reason we chose the name. I wanted something a little more cutesy, Mark wanted something strong, and this was a good compromise." 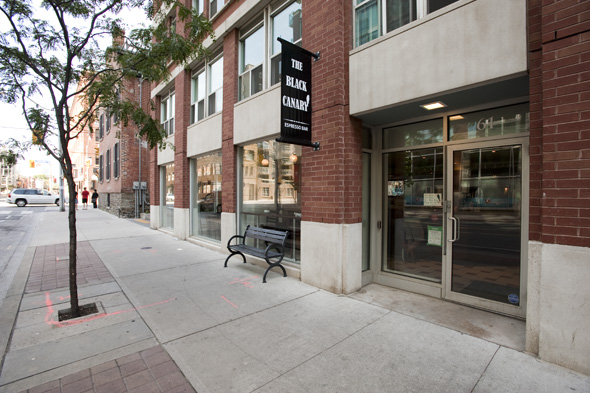 The Black Canary is just waiting for the arrival of its new menu boards, says Luthie, and then its rebranding will be complete. "It's still the same cafe," she says. "It just has a new sign, and it looks a little different." The Black Canary Espresso Bar is open 7 a.m. to 7 p.m. during the week, and 9 a.m. to 5 p.m. on weekends.