Samadhi Tea House, now in the short-lived Juice Dept space on Baldwin, is perhaps the antithesis of those uber-trendy tea spots cropping up around the city. The vibe is traditional, not vogue. The idea is to stick around, not grab and go. And the teas, needless to say, don't have punny names like "Green Tease" and "Don't be Chai." 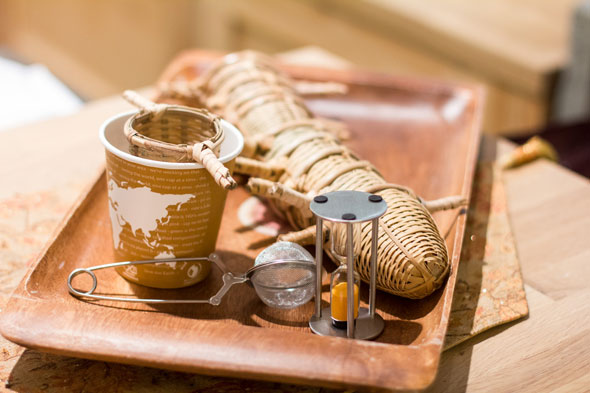 A few weeks new to Kensington Market , owner Hamed (who doesn't much like the term "owner," but nevermind) explains that the word "Samadhi"is a Buddhist term referring to a state of complete stillness during meditation. "I want this to be a place of meditation; of healing, " he explains. "And I want to be able to share some of the things I've learned while travelling." 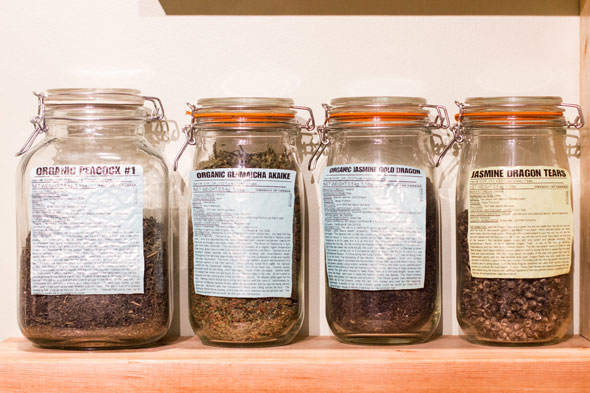 Born in Iran but living in Canada for the past 12 years, Hamed says that he's spent the last two years abroad, exploring Guatemala and various regions in Mexico. "I learned all about different herbs, teas, and supplements," he says, adding that he spent time reflecting on a silent retreat. "And then I thought about coming here and doing something to share that knowledge." 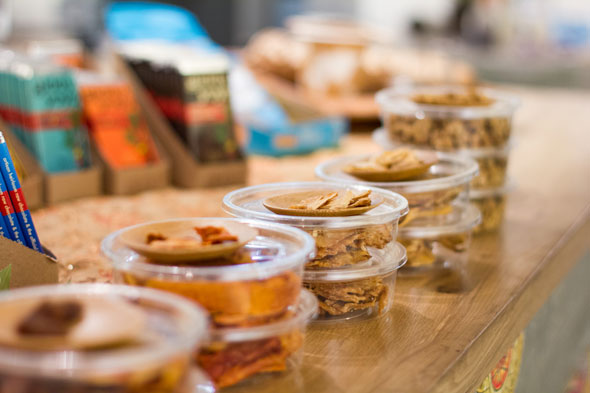 Samadhi Tea House has a modest selection of loose leaf teas — blacks, oolongs, blooming teas, and more. But it really diverges from most mainstream tea shops with its chaga tea and other medicinal blends. Hamed has a chaga mushroom tea brewing every day, and explains some of its properties as he pours me a cup. 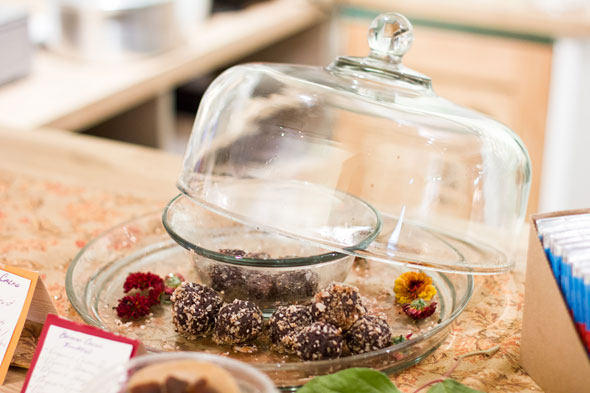 "I first learned about it when a friend of mine was diagnosed with cancer," he says. "We started reading about it, and learned it had lots of antioxidants and can help to boost your immune system. I started to drink it every day — I used to drink coffee — and I just started feeling so good. I believe it also brings harmony to the body." 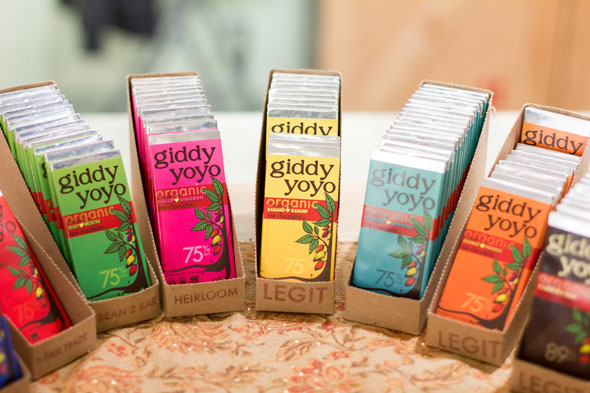 The flavour of the chaga tea seems quite mild to me (not very mushroom-y, in other words), with a bit of a floral/woody essence. Samadhi offers chaga and other mushroom powders in pre-sealed take-home packages, as well as other herbs, roots, and superfoods such as ashwagandha root powder, dried organic red bananas from Ecuador, and organic certified cacao. 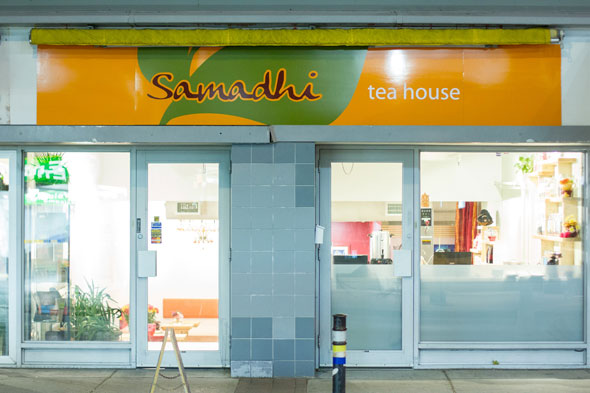 But Samadhi Tea House is not just for sitting around and sipping. Hamed says he working on making a meditation room out of a back storage space, and has already hosted some yoga sessions and holistic therapy sessions in the cafe. He plans to introduce poetry nights and perhaps formal Japanese tea ceremonies, though customers are free to peruse the collection of donated books (on the Dalai Lama, meditation) in the interim. Between the chaga tea and silent meditation, this certainly isn't your typical transient, trendy cafe.