The Dineen Coffee Co. opened its doors to the anxiously awaiting public at Yonge and Temperance today â a corner which, though bustling with foot traffic from the tourists of Yonge Street and the corporate towers of Bay Street, has somehow survived all these years without the services of a decent coffee joint. Aptly named, this new space sits at the bottom of the historic Dineen Building, once home to W. and F. Dineen Co., a producer of hats and furs. Now home to IQ Office Suites (which blogTO has called home since January), as well as a number of restaurants, this new space is just one aspect of the major face-lift underway at the historic landmark. 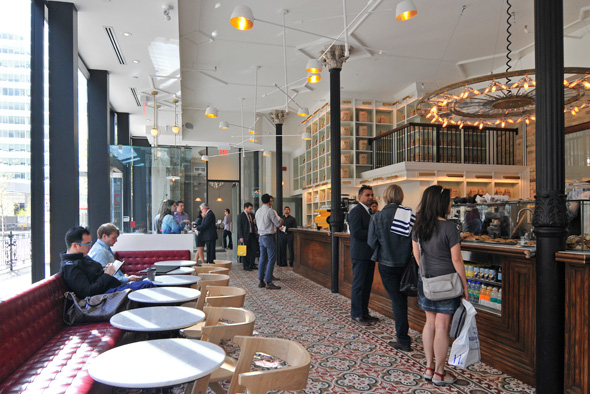 The sweeping space is an impressive departure from the slew of independent cafes popping up in the city. The incredibly stylish interior boasts high ceilings, custom marble countertops, sweeping red leather banquettes, hand-painted tile floors imported from South America and an incredible chandelier, once housed in the iconic Royal York Hotel. With floor-to-ceiling windows wrapped around the space and the beginnings of a huge patio in the works Dineen Coffee Co. is on its way to becoming a go-to spot for meetings and seriously extended coffee breaks. In the mere hours that the cafe had been open when I stopped by this morning, the cafe had already filled to the brim with excited patrons, itching for their morning caffeine fix. 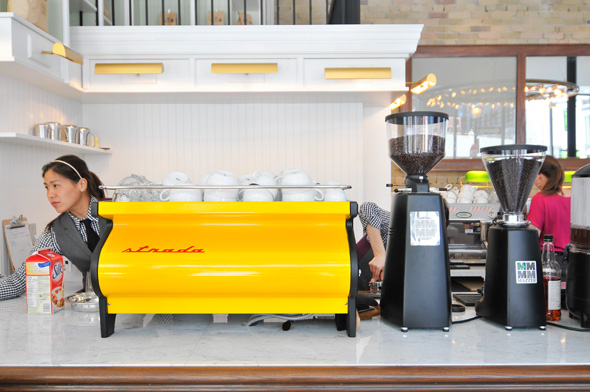 Supplied by Social Coffee Roasters out of Richmond Hill and with the help of coffee consultant Alex Castellani of Pig Iron Coffee , Dineen has created a number of unique roasts for the cafe, most notably the delicious Temperance Espresso Blend, a mix of Mexican and Brazillian beans with a smooth, buttery texture and light citrus notes. 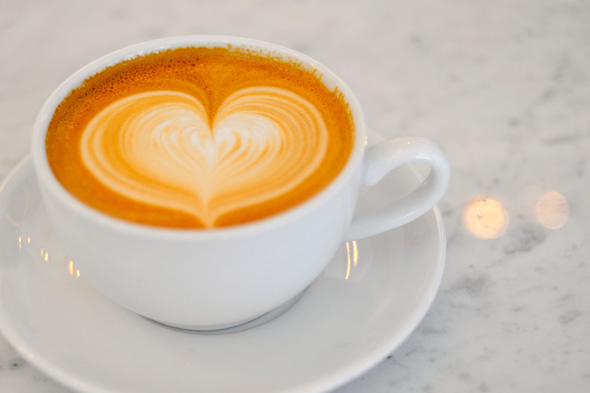 In lieu of your run-of-the mill watered-down mocha mix, Dineen has a vat of chocolate ganache churning all day long to be used in their signature mochas ($4.25/Medium and $4.55/Large). A rotation of drip coffees are available daily, always including a medium-dark roast blend and a feature single-origin option for those seeking out a lighter option. 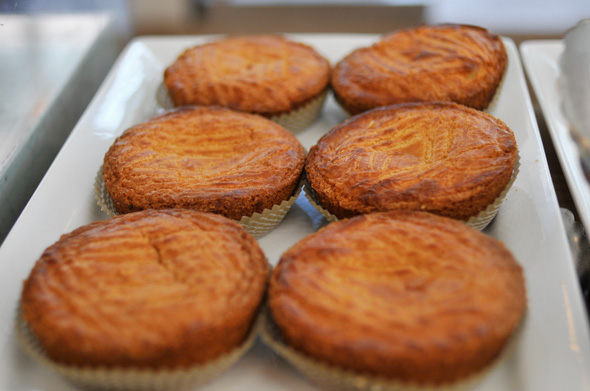 Baked goods are custom-made for the cafe by an undisclosed local bakery and include your standard muffins, tarts and croissants (I tried out the ham and swiss-$3.40-which was seriously delicious) as well as some tantalizing looking tarts and pastries. 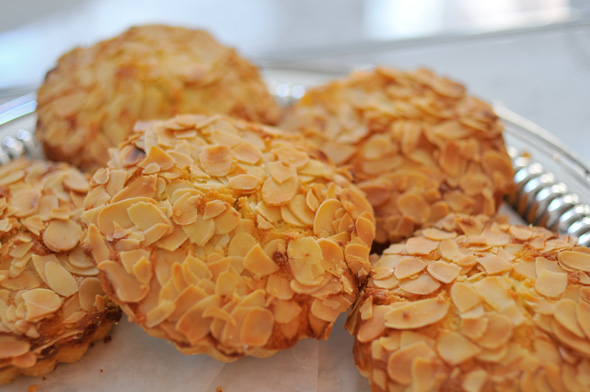 Co-owners Ivan Schneeberg and David Fortier (along with their partner John Young) fill me in on the ethos of the space â taking much of the inspiration for the design from the historic building itself, as well as the sleek style of New York cafes like Stumptown at the Ace Hotel and La Colombe . 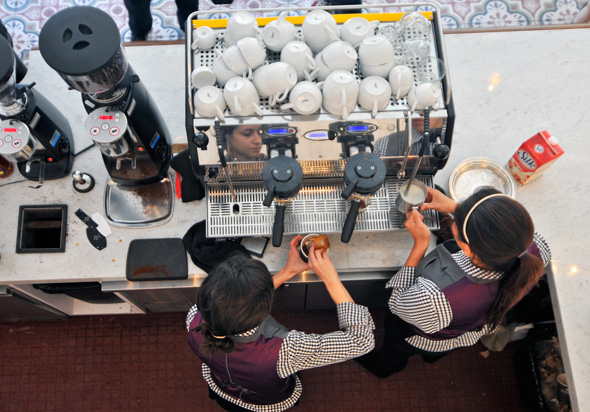 The idea is to marry classic style, independent coffee roasting and modern, efficient service in one space, and as the attractive, young staff, clad in matching gingham shirts and sleek grey vests scramble about behind the spacious bar, it's clear that though it may be their first day open, Dineen Coffee Co. is well on its way to becoming a staple of the coffee scene in Toronto. 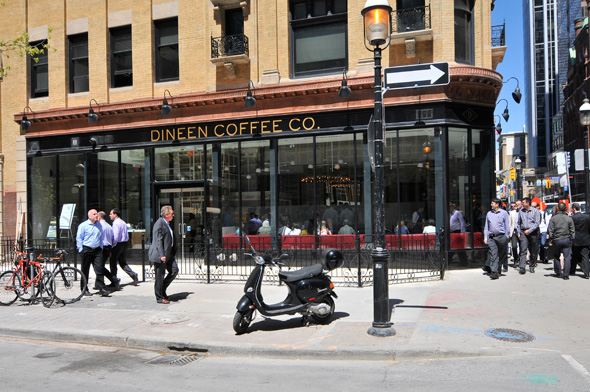