Snakes and Lattes is a concept cafe by Parisian entrepreneurs and life partners Ben Castaine and Aurelia Peynet. The concept: hock the Macbooks, PCs and WiFi and bring out the good ol' fashion, batteries not included board games. For $5 per person, patrons are encouraged to play any game in the store -- a collection of 1,500 plus that ranges from the necessary (Monopoly) to the nostalgic (Jumanji) and the rare (Fireball Island).

The baristas at Snakes double as tutorial leaders, giving instructions on how to play the board games, assisting with strategies and from time to time acting as a third or fourth or even fifth player. 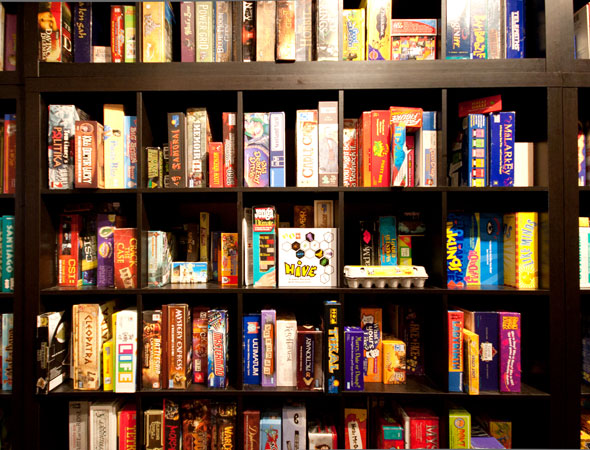 On this occasion, my friend Jonathan Mainou (Jono) and I decide to compete at The Settlers of Catan on our charismatic barista's (Joseph Brosnan's) recommendation. As he explains, it isn't ONLY German Game of the Year, 1995, OR U. S. Board Game of the Year, 1996. BUT, boardgamegeek.com CONTINUALLY rates it one of the best games EVER! With Brosnan's assistance, Jono and I are quickly knee deep in a competitive race to build roads, towns and armies with the objective of earning 10 points using two dice as our only weapon. 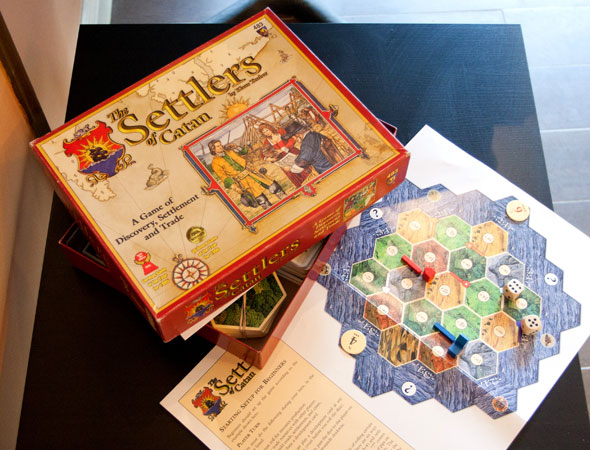 While the board game half of the concept at Snakes and Lattes (the Snakes) is unmatched, the café half (the Lattes) leaves room for improvement. My iced latte ($3.40), although refreshing in the August heat, needs at least one more shot of espresso to pack a stronger caffeinated punch. Not to mention, the pain au chocolate ($1.90) I order is clearly a day or two old and what was once soft and buttery is now stale. Jono experiences a similar disappointment in his croissant ($1.90). 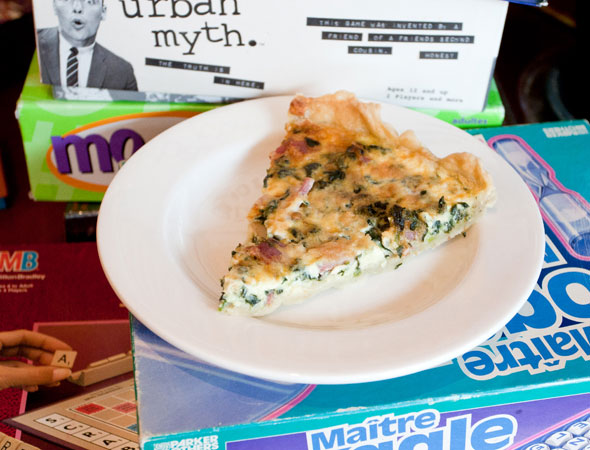 According to Peynet, the pain au chocolate and croissants are purchased from Patisserie Cocoa in Etobicoke while the rest of the baking is done in house. Although I didn't test the items myself, the savory quiches ($3.50) and sandwiches (Sm $4.75, Lg $6.75) look tempting while my sweet-toothed notes Peynet's clafoutis ($3.00), a flan-like cake originally from Limousin, France.

Beyond the baked goods, the café also sells a small variety of candies and chocolate bars which will pair well with the beer and liquor soon to be available when the café's liquor license is in order. Castaine says prices, portions and sale items are likely to change as the coffee shop continues to grow. 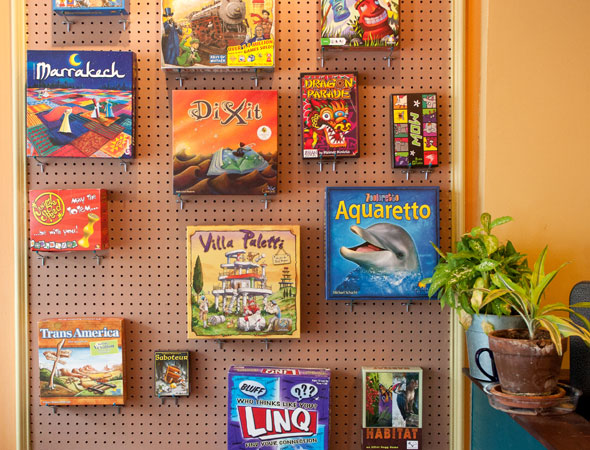 Of interest is the café's drip coffee brewed from a European brand called Cam. These specific beans are known for their deep, bold flavour and are normally ground for espresso however the shops leading duo are very proud to unconventionally use the dark beans in their regular cup of joe (Sm $1.75, Lg $2.00). 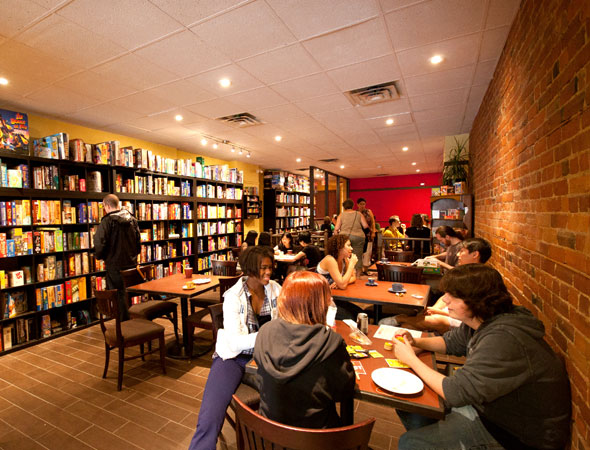 Peynet says the café will soon host themed nights such as an evening of murder and mystery (not to be confused with a Murder Mystery), and if interest is perceived the owners might arrange role playing nights. Other developments will include Brunch and Board Game Sundays, youth-focused initiatives and a rental system where customers can take board games home for a few nights. 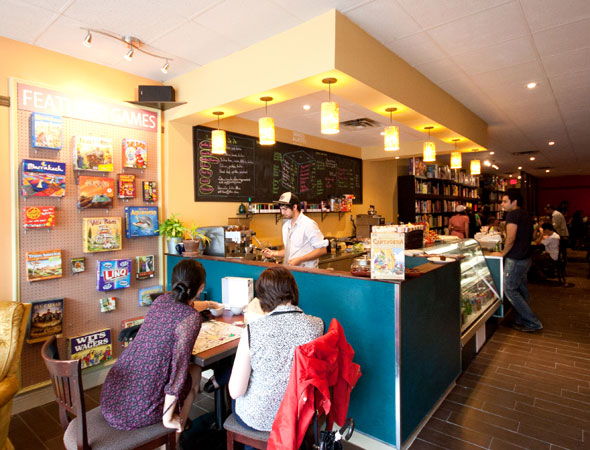 For the most part, Snakes and Lattes has already slithered its way into the hearts of Torontonian gamers, but the Bloor West café has a little work ahead if it wants to win over the city's coffee connoisseurs.

Oh! Before I wrap this up, I should mention (without too much ego, of course) I absolutely destroyed Jono at The Settlers of Catan and I will now be accepting professional invitations from local players via commenting below. 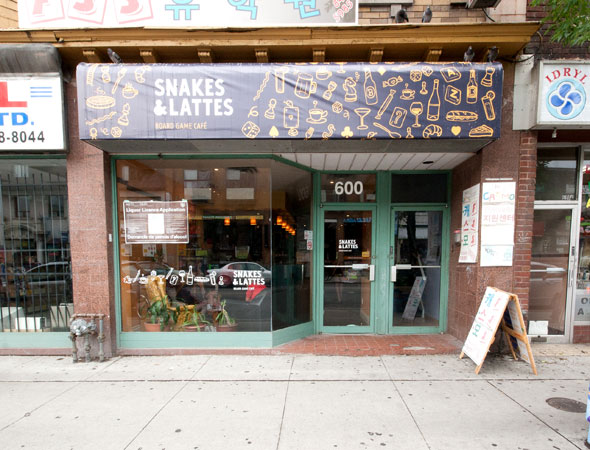