RISE Espresso offers a remedy to the drought of good coffee that has (perhaps formerly) plagued the Ryerson University area. I spent four years at Ryerson hopping from one mini Timmie's outlet to the next, sipping the sub-par drip in order to make it though my classes. (Not that the classes weren't terribly captivating, I say in case any old professors should be reading this.) Occasionally, and weather permitting, I and my espresso-minded comrades would saunter up to Bulldog for a change from the double-double, but since it was located several blocks north of campus, Bulldog was hardly an option for the five minutes between classes. 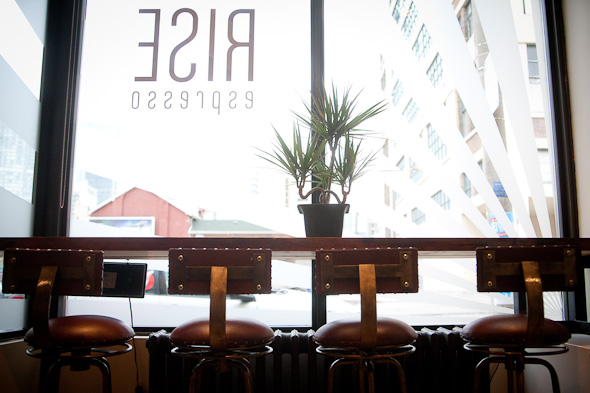 And so, we played our imaginary coffee-snob mini violins and sucked back our drip whilst bemoaning our bourgeois lives. Aren't university kids just the greatest? Well, the next round of university kids has a new option for coffee, with RISE Espresso emerging on Mutual about two weeks ago. Located just north of the ever-popular Mutual Street Deli , RISE is basically a grab-and-go operation offering coffee drinks and tea with baked goods possibly to come. 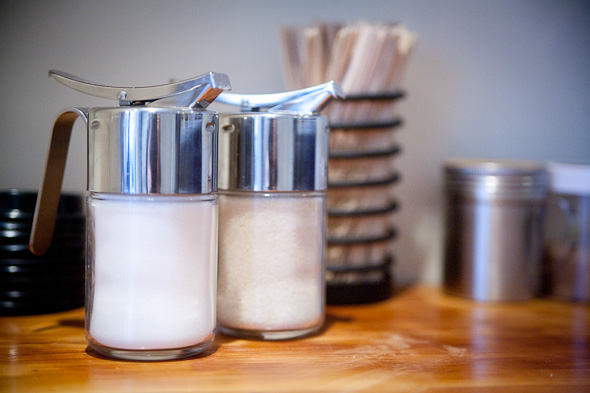 I meet Jenny-Lee Jorge the day she's manning the cafe and she tells me she's one of the four people behind RISE. The ownersâtwo sets of couplesâcame up with the idea to open a cafe that was really focused on service.

"That's something that is really lacking in the indie coffee scene," Jenny-Lee says as we take a seat at the window bar. "There can be a little bit of intimidation when it comes to some other places; we saw a void in terms of good customer service, and we wanted to deliver." 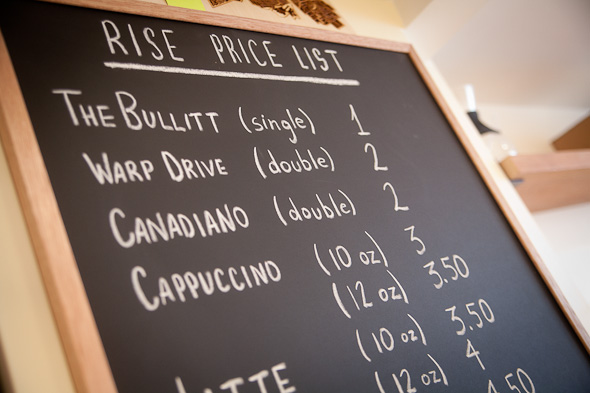 "I had someone come in the other day and ask for a double-double," she continues. "And I love that, it was no problem. I just want people to feel relaxed." 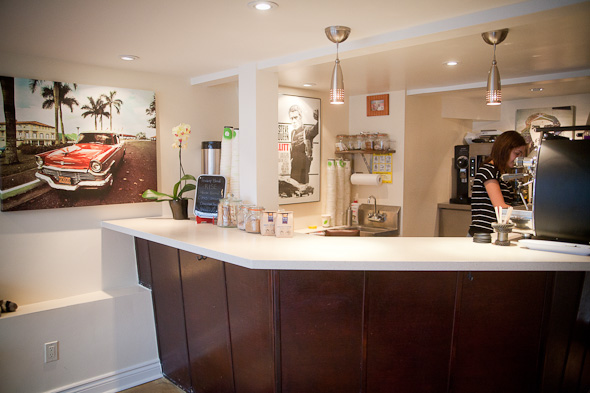 The proof arrives moments later in the form of a construction worker; a man who has stopped by for the second time today and whom Jenny-Lee greets by name. Even though word of RISE is still getting around, Jenny-Lee says area construction workers and lawyers, as well as Ryerson staff and students, are already dropping in regularly. 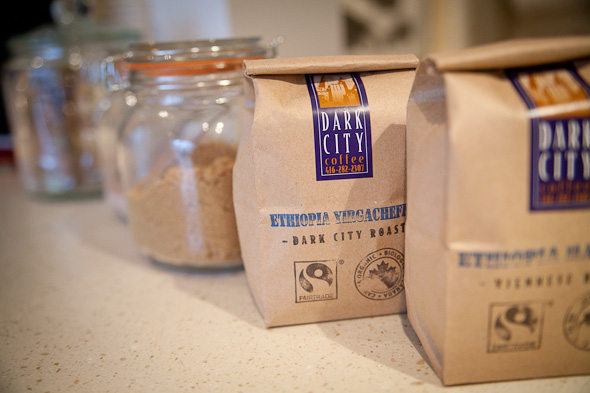 Though the area strikes me as an ideal, untapped location (even while Balzac's has plans to move on campus sometime this year ), Jenny-Lee says they happened upon the space by chance. "Dominik and Allen were driving around and saw this spot was available" she says, referring to Dominik Matchek and Alan Smith, who, along with Julie Daniluk, are the forces behind RISE. "It wasn't very pretty, though." 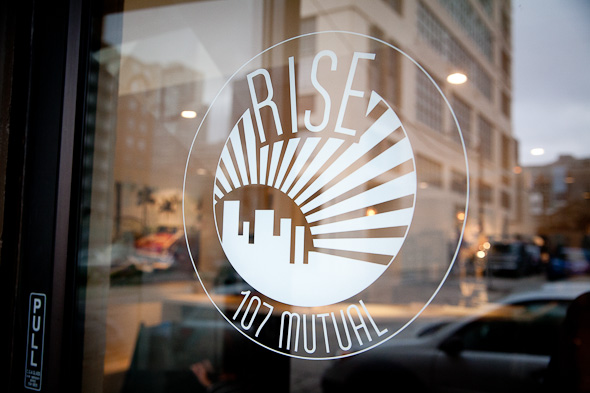 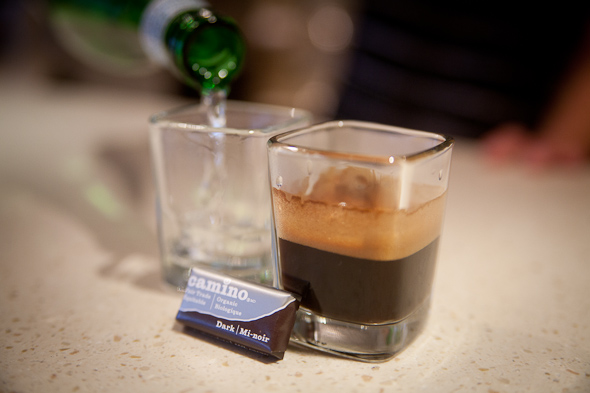 I order a "Canadiano" (an Americano by another name), though Jenny-Lee is hesitant, saying they don't have their signature blend on hand that day and instead can only offer Intelligentsia. I assure her that my caffeine-deprived veins don't care, and she prepares me the cup, adding that RISE offers almond milk and lactose-free at no extra charge. While I intend to come back for a taste of the signature blend, I found this roast to be more than satisfactory with a bold sharpness and flavour. A nice linger too. 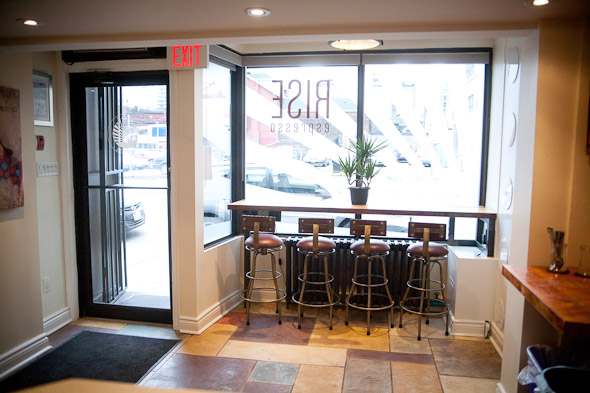 Since there's little seating beyond the bar, RISE does not offer WiFi, though grab-and-go snacks and baked goods are on the roster for the coming weeks. The cafe is open 7:30 a.m. to 5 p.m. Monday to Friday and 10 a.m. to 5 p.m. Saturday, meaning for the all-night study sessions, you'll have to resort to Timmie's once again. 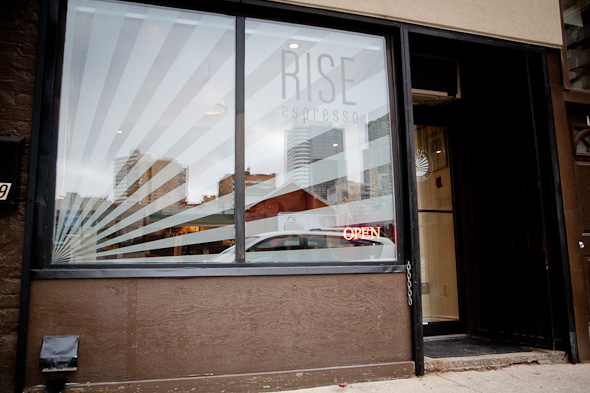