Zaza Espresso Bar Bloor West Village is currently open but their offerings and services may be affected due to the pandemic. Please contact the business directly for more information about any changes. Is this your business? Please contact us if you would like to update this message.

Zaza Espresso Bar's third location lands smack-dab in the middle of Bloor West Village , and despite having opened less than a week ago, it's packed to the gills. Italian music pours from the speakers, framed black-and-white photos of famous Italians line one wall, and joined with the gelato-craving calls of kids and adults alike, Zaza's new outpost captures that touted Italian cacophony. 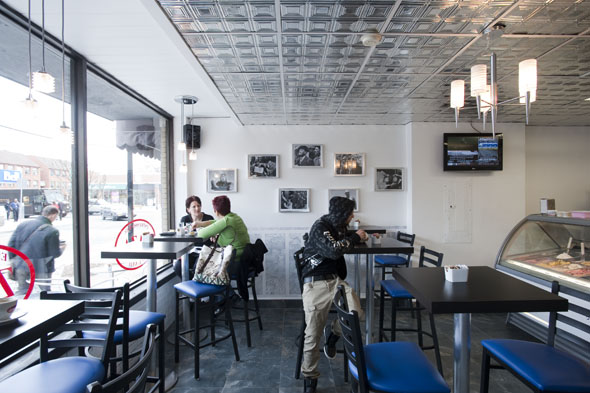 Compared to other Toronto coffee shop chains, the space is not much to look at with its fluorescent lights and sparse decor. There's nary a repurposed wood table in sight! Where are the clever light fixtures, exposed brick, and orchids? But the blue high chairs are comfortable, and for summer, the real draw is a sidewalk patio that nearly matches the interior for size--and that Dark Horse can only dream of. 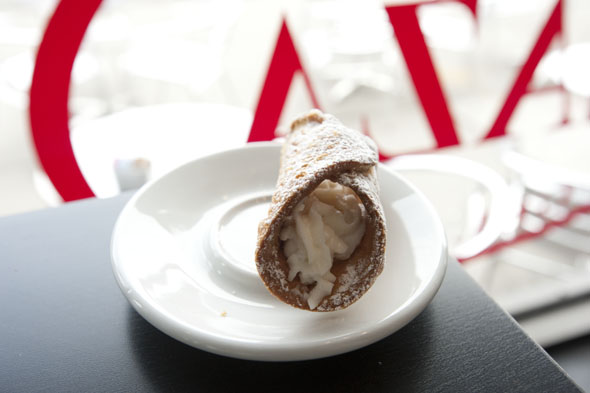 Zaza's spread of biscotti and cookies ($1.75) are made by a local Italian nona, while their cannolis ($2.42) are made in-house.

The real draw is the gelato ($4-$10), which is sourced from Toronto's own La Paloma . Within a few short days, Zaza's gelato basins will overfloweth with over 20 fresh-from-Italy flavors and you can bring the taste home with 1 kg to-go buckets ($28). 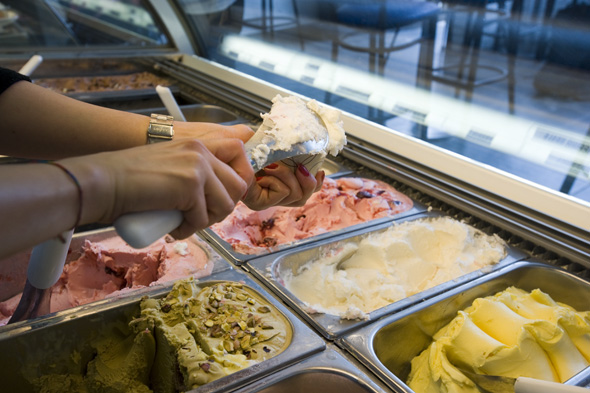 This isn't the only Zaza location to offer gelato, but gauging by the neighbourhood response, they're spiking theirs with fairy dust. Cries of "This is delicious!" echo throughout the store. So how does it taste? It's my first taste of gelato after winter's dark hold, and I (understandably, I think) am utterly catatonic with pleasure. My own small cup comes filled with strawberry, bacio, and pistachio, and I devour it. 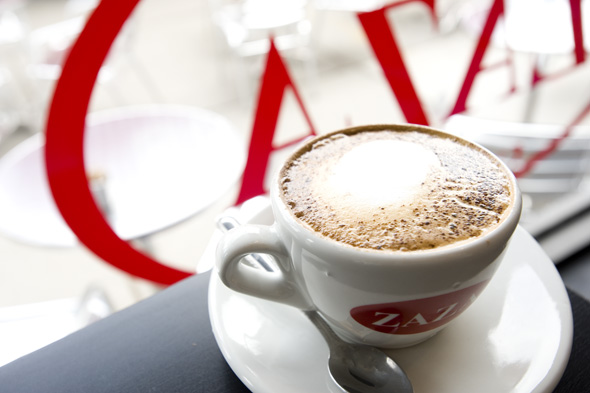 Let's talk coffee. There are no showy baristas here, and no carefully crafted foam artwork. Manager Bianca Pamela is formerly of Mexico City, "in marketing" she sheepishly admits, a potentially dangerous confession in a city notorious for its Sam James' and award-winning baristas at every corner cafe. The proprietary blend of espresso is flown in from Italy (of course) and tastes dark, rich, and a bit bitter even under the foamy cover of a cinnamon-drizzled cappuccino ($3.75). I like to taste my espresso, but others might prefer a smoother flavor. 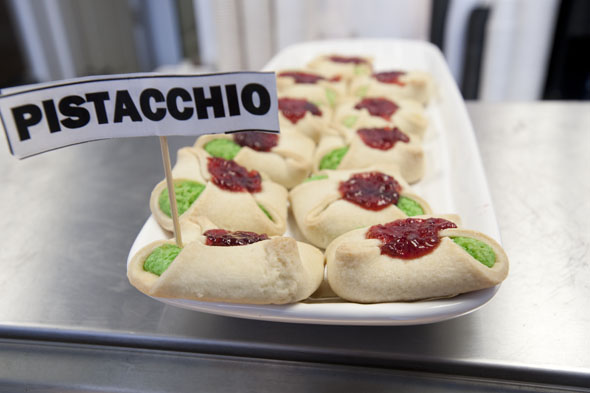 Following two successful runs in Yorkville and La Rose , Zaza's third location fills a void in the heart of Bloor West village. This notoriously family-friendly 'hood has welcomed Zaza with open arms and bouquets of flowers. A wall of customer photos is in the pipeline, along with some charitable neighborhood endeavors.

When I ask why chains of independent coffee shops, such as Lit Espresso Bar , Dark Horse and Te Aro , are cropping up throughout the city, Pamela gamely responds: "We don't think of Starbucks as competition. Our concept is more of a friendly concept, in that we talk to the customers, we know their names. You go to Starbucks and everyone's on their laptops. You come to Zaza for the experience; everything is Italian, you talk to us in Italian. Everything's warm." 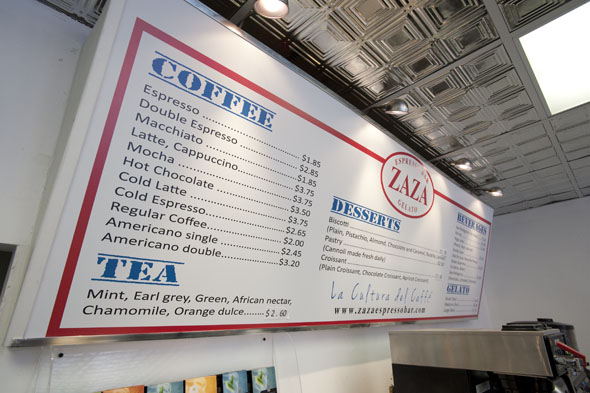 Zaza aims to return cafes to their social roots and the animated back-and-forth between customers and staff suggests they're well on their way. 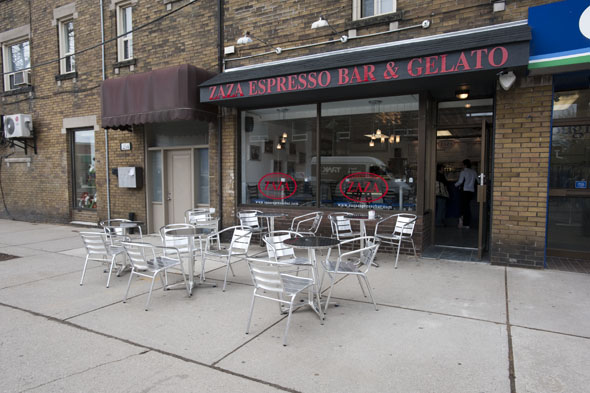