Marvel Coffee has opened a second location off the Danforth , on Carlaw Ave. not too far from its first shop by the Donlands TTC station. This is a slightly larger version of the original, with more inside seating plus a real front patio.

Occupying what was once a hair salon, the bright interior has marble counters and tables - its look the opposite of the current rustic/industrial-chic coffee shop trend of reclaimed wood and exposed brick walls. Unlike Donlands, this location's higher ceilings allow for the addition of hanging snow-globe-like bulb lights (definitely not Edison ones) and black banquette seating. 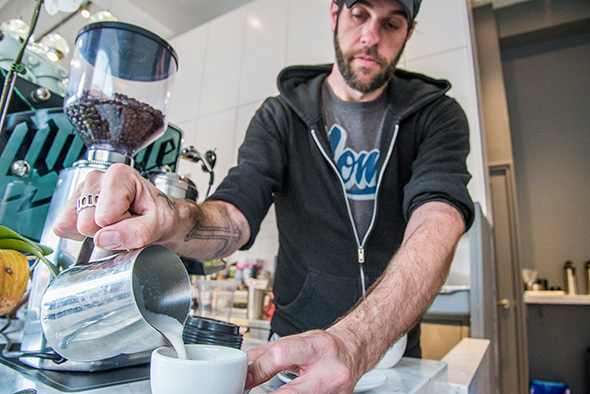 Manager/barista (and classically trained cellist) Drew is a familiar face in the coffee scene - he's worked at the original Bulldog Coffee , The Slow Room and Yorkville Espresso Bar - so he certainly knows what he's doing when he makes a latte ($4/$4.75) for me and a macchiato ($3) for my friend on the Kees van der Westen Mirage espresso machine. 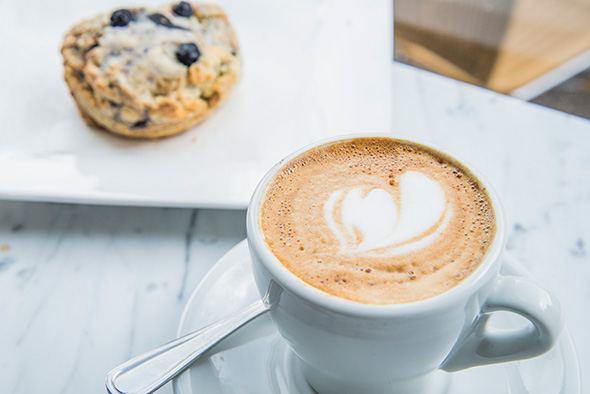 He tells us one of his favourite beverages is the Mandaccino ($4) - chocolate-infused, steamed almond milk and espresso - which he brought over from The Slow Room. Drip and espresso beans are specially crafted for Marvel by Social Coffee & Tea Company , and loose leaf teas come from the Richmond Hill-based roaster as well. 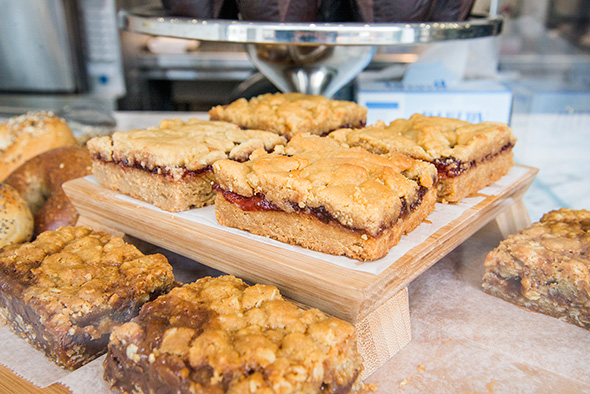 There is almost an overwhelming variety of tempting eats to accompany the caffeine, including scones ($2.65 each including tax) and mind-blowing almond croissants ($2.50 each) with a melted marzipan centre that are made in-house. 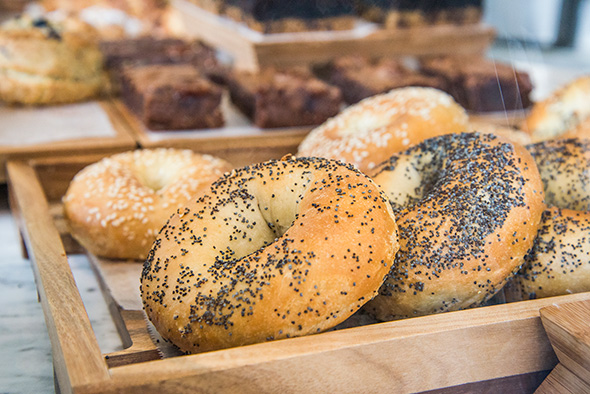 Bagels from Gryfe's are also freshly baked on the premises and are used to assemble a breakfast bagel ($4.50) of frittata, crisp pancetta, spinach, cheddar, tomato and onion. Raw vegan treats come from Unbaked Cake Co. while macarons and brownie squares are from AG Macarons and Sweet Flour Bake Shop respectively. 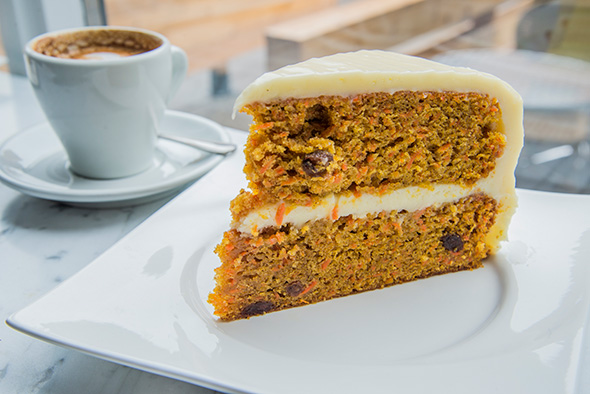 We try an enormous slice of carrot cake ($5) with cream cheese frosting from nearby Sweet Serendipity , and it's a moist and decadent double-layered delight to eat - a sweet companion to some good coffee. 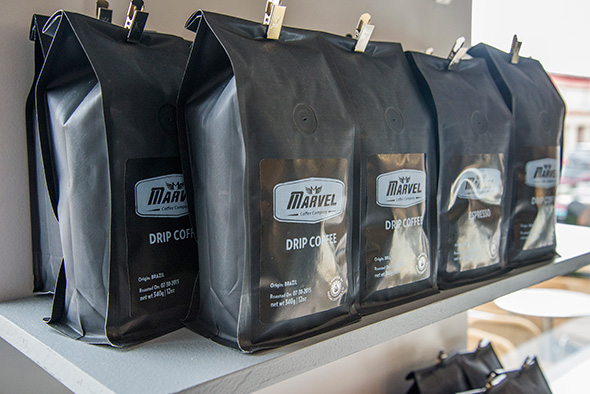 Owner Sam tells me he chose to open a second location so close to the first because he wants to create a brand within a community; he wants to be significant in this neighbourhood specifically, and not necessarily everywhere else (at least for now). The stroller moms and nearby firefighters keeping the place busy when we visit seem satisfied so far. 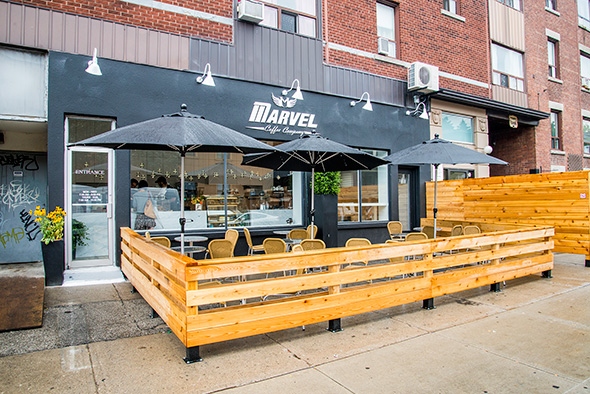