Crema Coffee has arrived on the Danforth , and the community is receiving it with open arms. While it's not exactly a traditional Greentown addition (but neither is Mark's Work Warehouse, or Legs Beautiful, for that matter), it is filling the void of independent espresso bars on this stretch of the Danforth. Occupying the former space of Sweet Tooth Bakery , I was curious to see what Crema would do with the narrow, somewhat awkward layout. 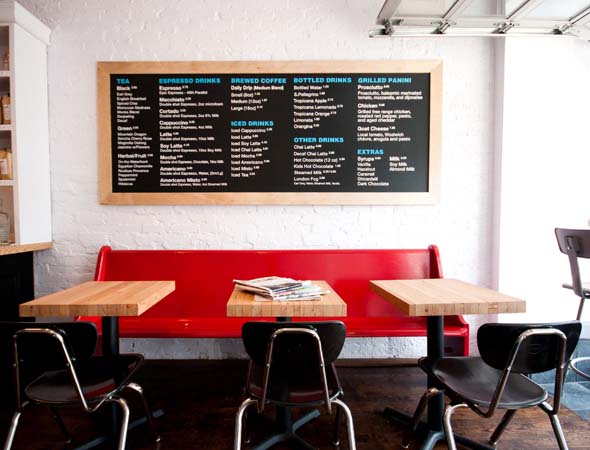 But when I walked in, I found it fresh and inviting. The front window was pulled up, letting the breeze cool the table near the door, and a bright red bench was paired with a few Douglas Fir tables with chairs on the opposite side. The bar was in the middle, separating the entrance from the seating at the back, which had a more secluded feel. 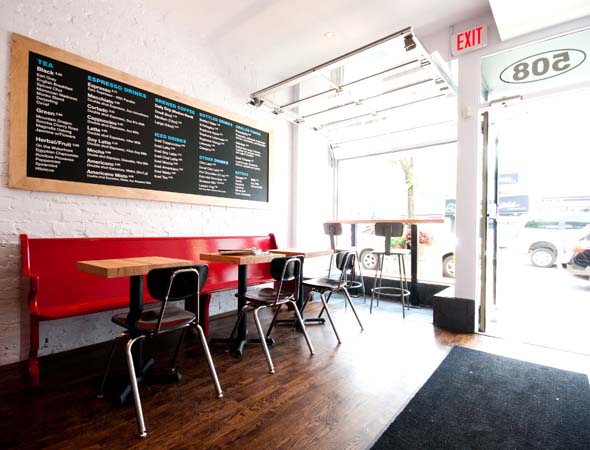 This Crema has virtually the same menu as its Junction and Yonge and Bloor predecessors, with 49th Parallel coffee and baked goods from Circles & Squares and other local providers (including Bunner's for vegan treats). But according to owner Geoff Polci, this Crema actually could have been the first one. 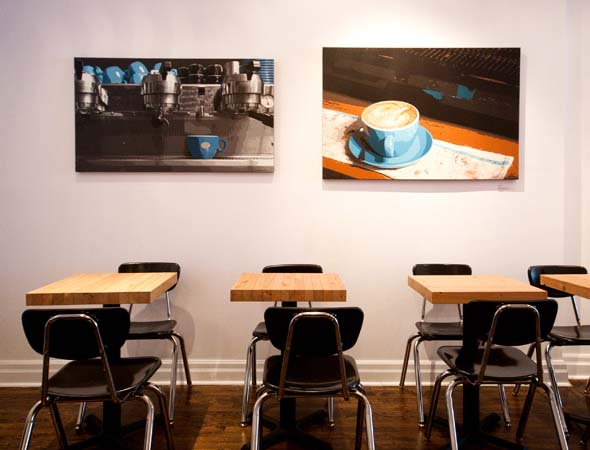 "I always had my eye on the Danforth," Geoff tells me as I sip a cortado ($3.25). It's quite strong, but very creamy and not at all bitter. Unfortunately, no Clover here.

"I almost opened the first one here. It's a great area for walk-bys, and that's every day of the week. The rent was just too much when I started looking." 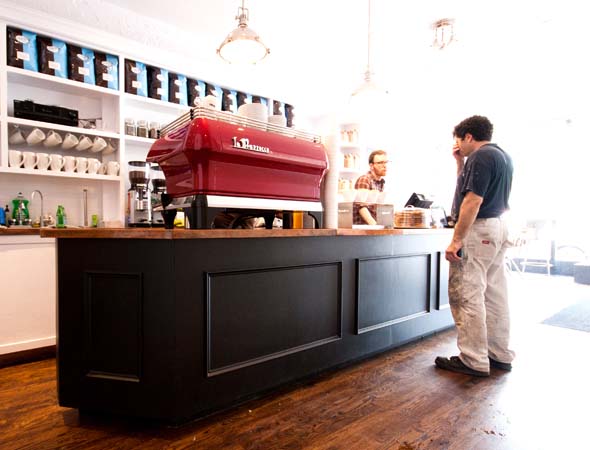 This Crema has the same roster of espresso drinks including Americanos ($3.00), cappuccinos ($3.25), soy lattes ($4.10) and more, and will soon be introducing pour over coffee. There's also organic loose leaf herbal, green, and black teas, as well as hot chocolate and hot chocolate for kids, which Geoff tells me is kid-sized and "not too hot" to avoid burning. 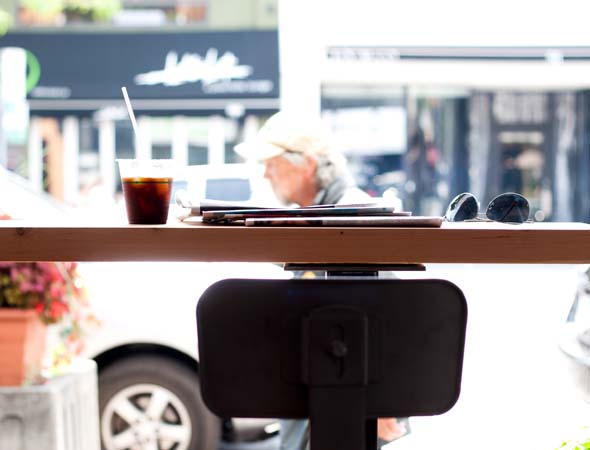 Fans of the Crema panino can also rejoice; Crema Danforth has chicken ($8.65), goat cheese, and prosciutto ($8.65) panini, the latter of which is unique to this location. And while Crema Danforth may be the new kid on the block right now, look for another Crema/Freshii combination at Spadina and Richmond sometime soon. 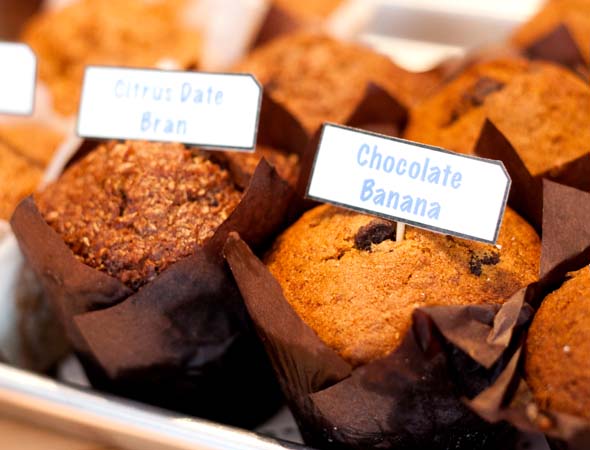 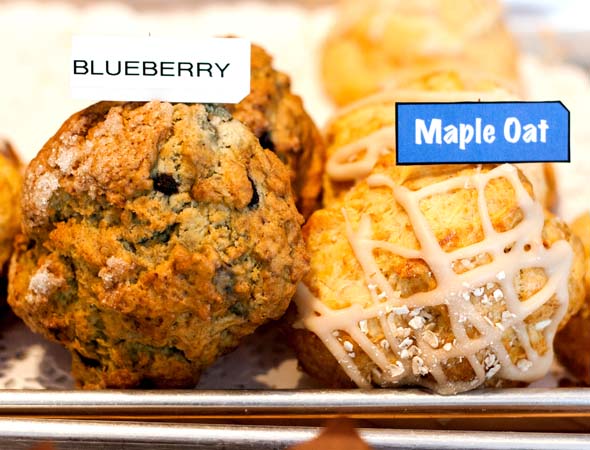 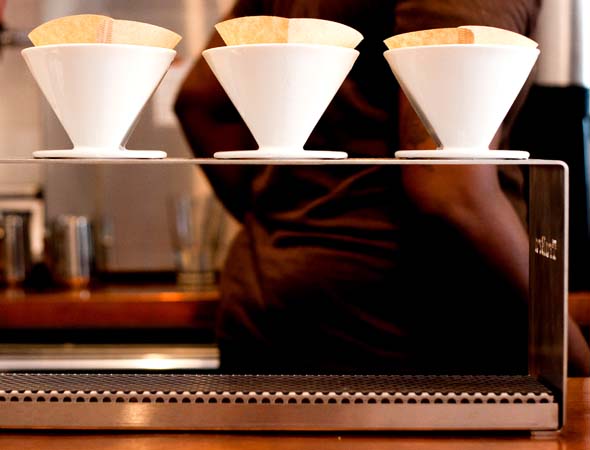 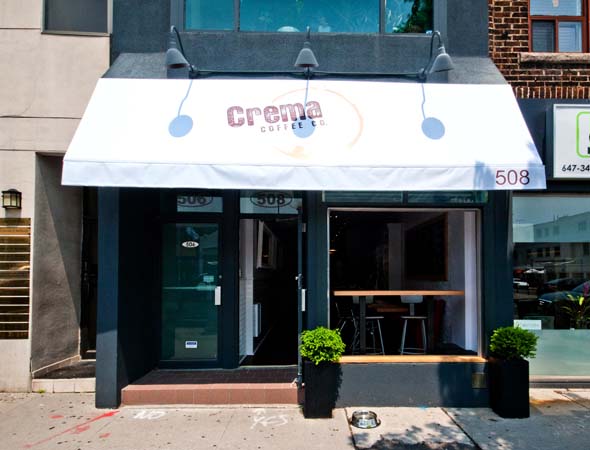