Cafe M is a new independent coffee shop ... on Yonge Street? Forgive me while I do a double take. While the majority of indie coffee spots tend to collect in the east and west ends of the city (in neighbourhoods such as Leslieville , Roncesvalles , and Dundas West ), central downtown Yonge has remained largely out of the loop. Perhaps it's because Yonge doesn't have quite the same "community" feel, or else would-be cafe owners don't want to set up shop beside a Money Mart or discount electronics shop.

Whatever their reasons, however, Michelle Wong doesn't buy it. The Cafe M owner tells me she always wanted to open her own space, and when she saw this one available at Yonge and Wellesley, she seized the chance to move in. 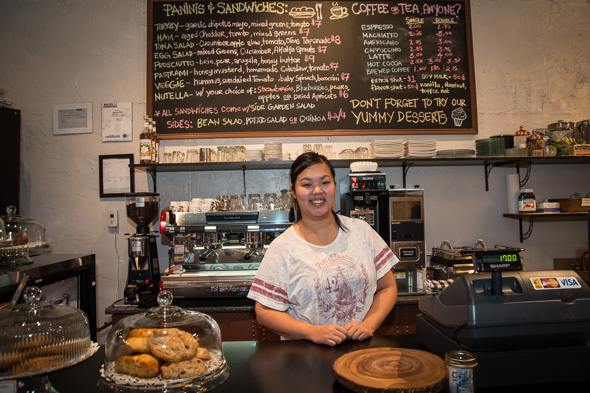 "It was really because there aren't any other independent coffee shops in the area," she says to me as I stop by the cafe on its opening day. "It was an opportunity."

There are, nevertheless, lots of places to get coffee on Yonge between Dundas and Bloor, especially with a Starbucks on nearly every block. But as far as independents go, there certainly is a dearth. 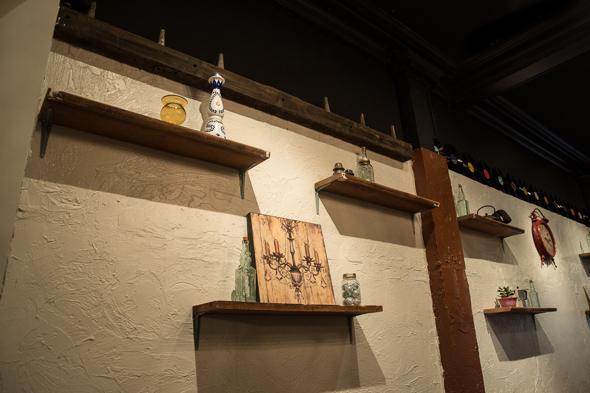 Cafe M offers an edge in that you'll actually find its owner behind the bar, often pulling Classic Gourmet Espresso for Americanos ($2.75/$3.00), cappuccinos ($2.85/$3.95), lattes ($3.00/$4.00) and more. Equipped with a culinary management diploma from George Brown, Michelle has opted for a simple menu of sandwiches and panini, with options such as her prosciutto, brie, pear, arugula, and honey butter ($9), and egg salad sandwich with mixed greens, cucumber and alfalfa sprouts ($7), both of which include side salads. 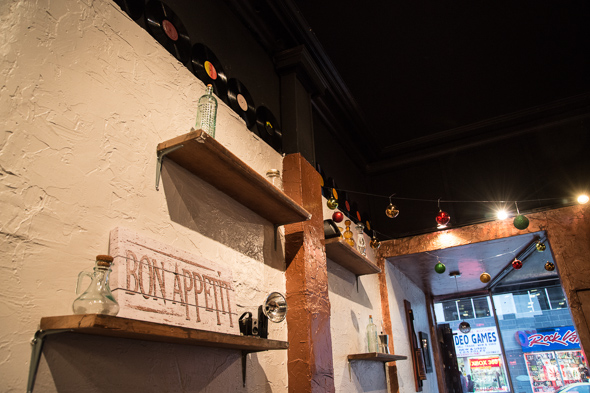 In terms of baked goods, Cafe M has sourced a mix from local bakers including Desmond & Beatrice and Dufflet . I stick with coffee though, and find the espresso to have a smooth, nutty flavour, if just a little bit mild. This time I went with the single; next time, double. 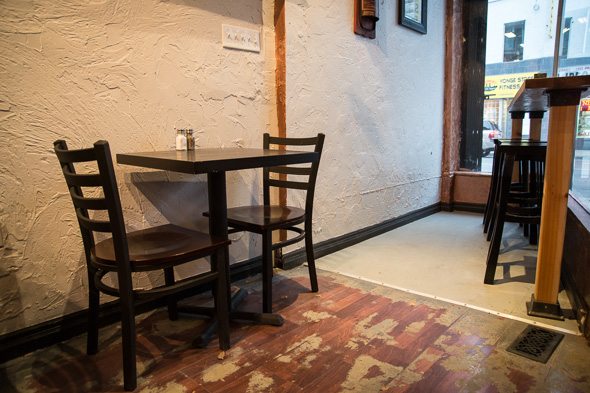 Michelle says the idea is just to have a place where people can relax and take in the action without feeling rushed (and if you've ever held up a line counting change at Starbucks during the 8 a.m. swarm, you know what I mean). The cafe has a few comfortable spots to kick back (and yes, there is free WiFi), though I think the best seats are at the bars by the front window, which prop you up to front row for the Yonge Street action. Sit there long enough, and you're bound to see a show â something you're less likely to find at a Roncy cafe. 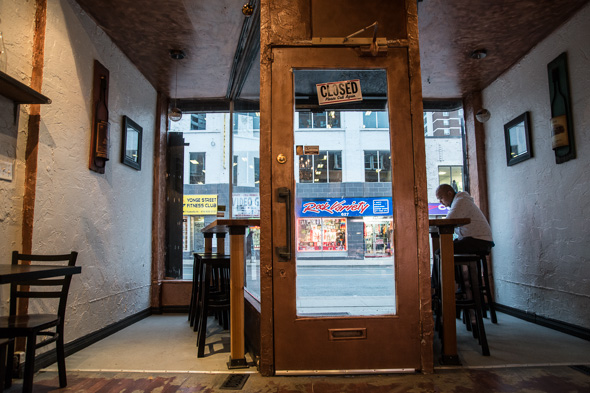 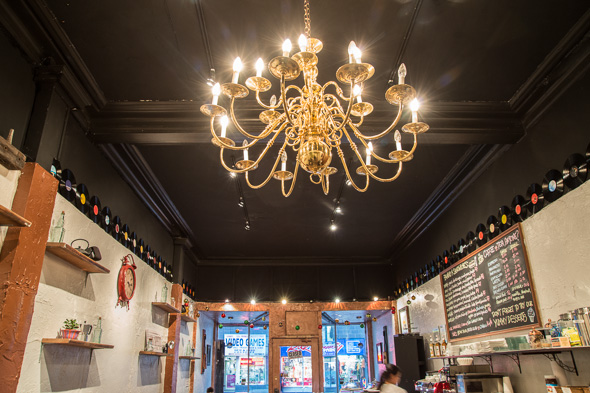 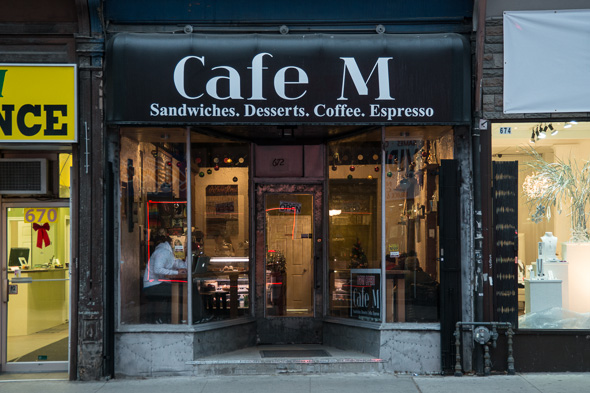