Q Space is a "concept" space, so bear with me while I attempt its description. Opened a few months ago at the corner of College and Borden, this spot serves as headquarters for Quattro Books publishing house, plus as a retail bookstore offering some of Quattro's latest titles, plus as a used book shop stocking poetry and other literary selections, as well as a gallery, an event space, and a neighbourhood cafe. Or else, just a spot to hang around and wait out the rain. 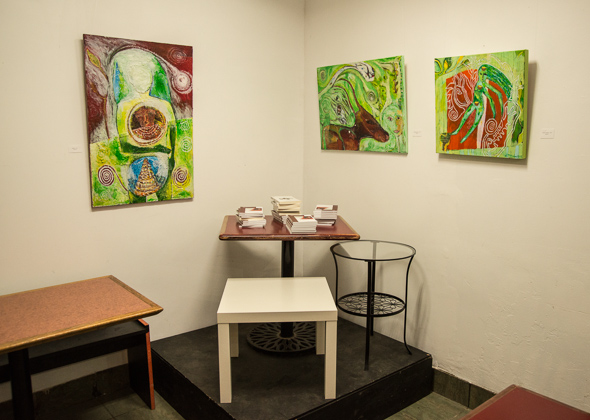 I stop by, coincidentally, on a rainy afternoon and meet John Calabro who is one of the four partners behind the Quattro name and space. He tells me the publishing house started about seven years ago, previously operating out of the Centre for Social Innovation . The idea for the "cultural centre" stemmed from the need for additional revenue streams since, as John says, "There's really no money in publishing." 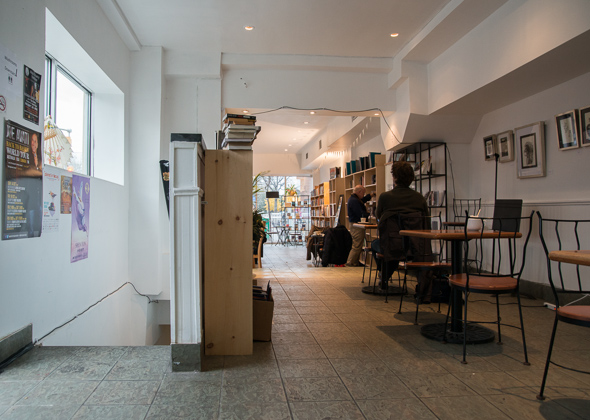 Q Space is a for-profit operation, and one that has hosted about five book launches and other events since its official opening in September. Previously a kebab house, John and his partners put several months into some serious renovations, and the space now offers room for up to 100 people in the evening, and plenty of people throughout the day who want to browse the shelves or make use of the free WiFi. 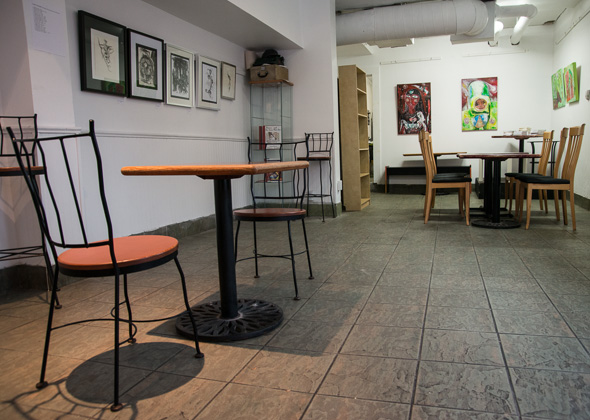 "We don't care if people buy one coffee and sit here working away for the rest of the afternoon," John says. "Hopefully they'll come to the back [the Quattro Books office] at the end of a few months with a manuscript for us to read." 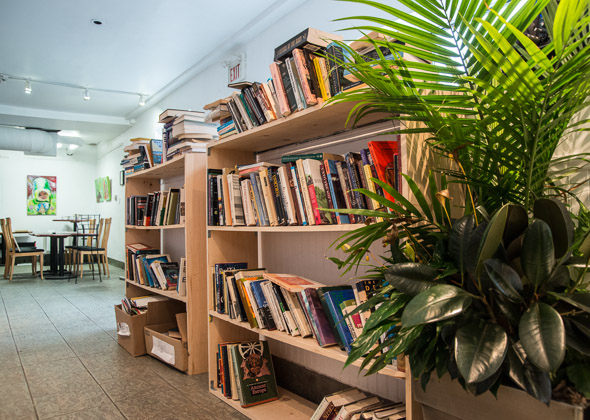 As for the used collection, John says it includes anything that could basically fall under a "literary" characterization (no Search Engine Optimization for Dummies, in other words). I do a quick scan of some of the shelves and spot a few Robertson Davies titles, a couple of odd Michael Moore and Noam Chomsky readers for the politically-minded, and a good selection of Ian McEwan . Of course, a good perusal of any used bookstore really requires an hour or two of thorough investigation, and the collection at Q Space will constantly be updated. 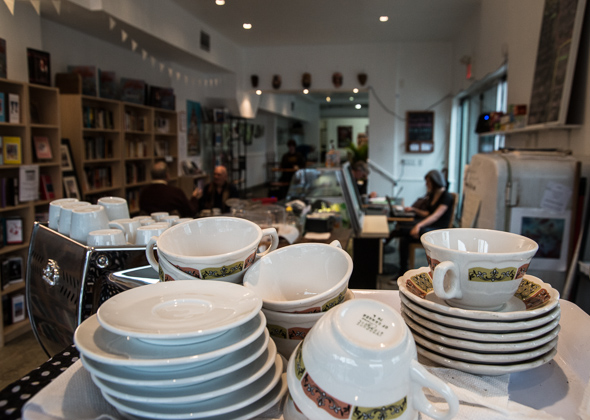 The "cafe" area is pretty basic, stocked with a compact, simple espresso machine, a great 1960's-era fridge, and a healthy stock of Trucillo espresso. With baked goods from My Market Bakery over in Kensington Market , the price is certainly right with drip for a buck and change, Americanos at $2.00, and lattes and cappuccinos priced at $3.25. 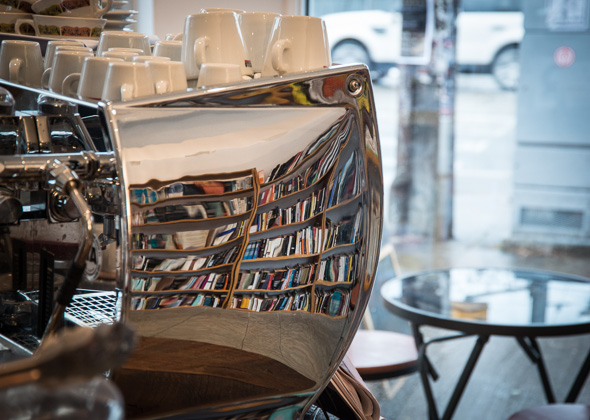 But despite the books, brew, and fancy window signage, John says Q Space's main focus is on evening special events. "We're planning to host many more workshops and seminars, and we're hoping to get a full liquor license sometime soon," he says. For now, Q Space has been working with special event permits, and keeping its public hours relatively short (until 4 p.m.) to allow for ample evening planning. 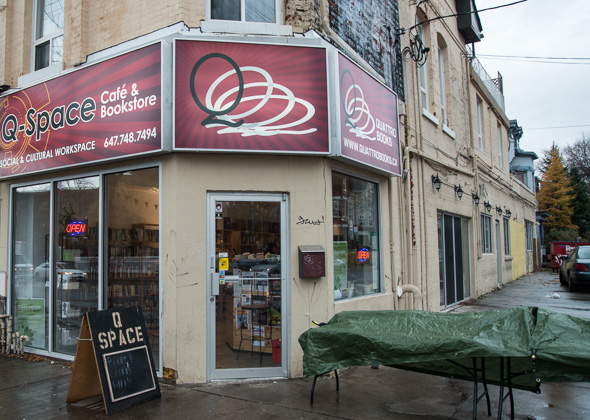