Located in the heart of Kensington Market and sitting above Nepal Handicrafts, Kensington Comics is a new comic book store that opened in late October. This compact store is unique in that it possesses a simple mission statement sure to wow collectors and new fans alike: to sell vintage single issues for low prices. 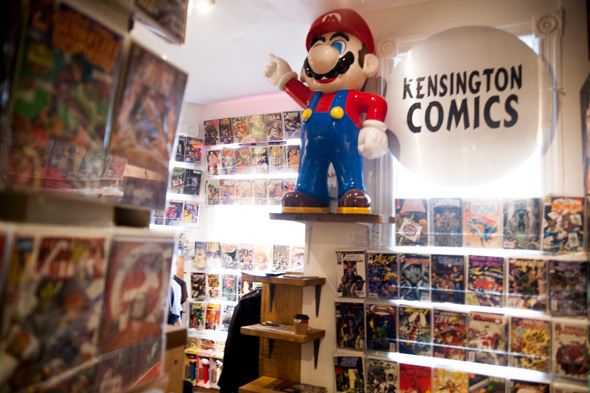 George Karpouzis, proprietor of The Hot 'n Dog and The Coolest Little Ice Cream Shop , explained how Kensington Comics was born. "I buy used comics from old collectors who want to make room in their homes. I started about two years ago, getting them for my ice cream shop because a lot of my customers were kids. Someone sold me some long-boxes and suddenly I had a total of twenty-thousand comics on hand. 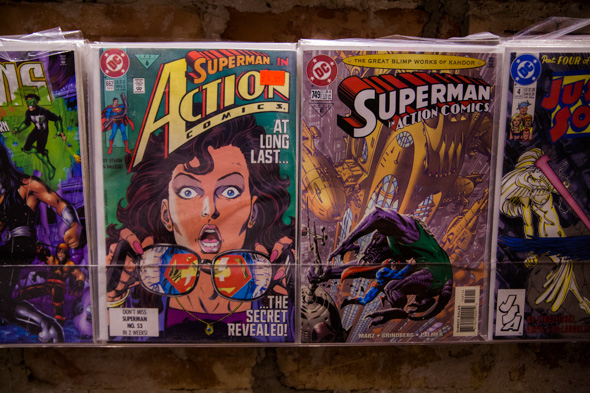 "It exploded. They were incredibly popular, so I thought 'Well, I better go buy more,' and before I knew it I was sitting on almost a million comic books. There was no way I could sell them all from the one store, so I bought retail space and expanded."

While still relatively young, Kensington Comics has a lot to offer. The stock is extensive, considering the space, and remarkably varied. Down a tight corridor sit two rooms storing Karpouzis' hoard. Paintings by local artist Calvin Truong decorate the walls. Back issues dating as far back as the 1960s (and perhaps further) can be found in each corner of the store. Shelves stacked to the ceiling fill the space from the front door to the windows.

Devoid of any organization, each row features a hodgepodge of titles which can be frustrating for people who would prefer alphabetized shelves. Expect to find issues of Rom: Spaceknight behind Thor behind Donald Duck beside Batgirl and Iron Fist , and so on. 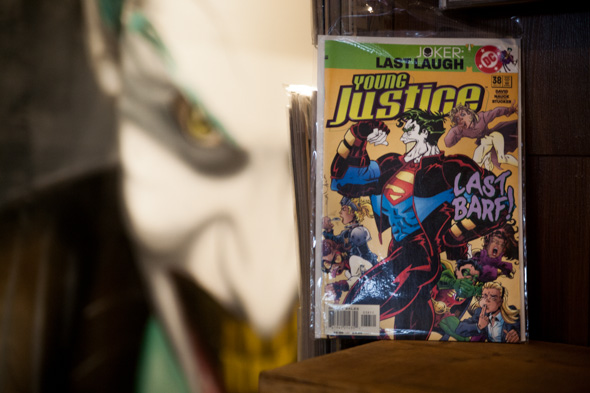 More importantly, each book is priced at $0.50. This is the big modus operandi for Kensington's business--to not only have these books available but to also have them available at the lowest price possible. For those who don't mind a laborious search through such a mixed catalogue, this store is for you. 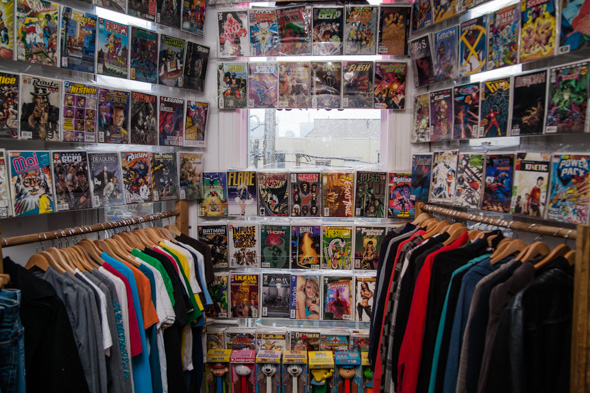 A common curse with a lot of shops, however, is getting to them once you've finally tracked them down. As many comic stores fit themselves into lofts and along the upper floors of buildings, it also costs them accessibility for people in wheelchairs or parents with children in strollers.

When asked whether Kensington Comics would ever feature ramps to accommodate said citizens, Karpouzis confessed that due to the structure of the building itself, it might not be an option. "But honestly, I'll find a way. If you call me and tell me to put a book aside I will, and then I will run down and put it in your hands myself if I have to." 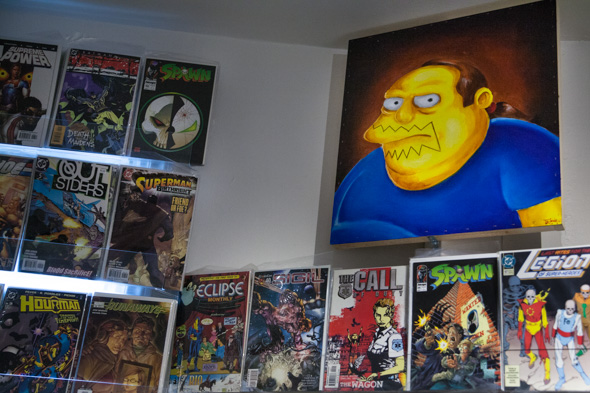 It is that same passion that guides Karpouzis' business ethic. His desire to reach the public and experiment gives room to consider a variety of angles to explore. Already, one can find rows of jeans and vintage t-shirts for sale next to giant Pez dispensers. In the future, Karpouzis plans to make room for toys and other merchandise.

What's next for Kensington Comics? "We're planning to set up a booth at ToyCon in Burlington, but we're going to have to look at the logistics of that," Karpouzis admitted, "But I'd much rather spread the news the old fashioned way: through word of mouth. And I want to be there at the door to know names, and know people and their tastes. That way, I don't just get customers: I make friends." 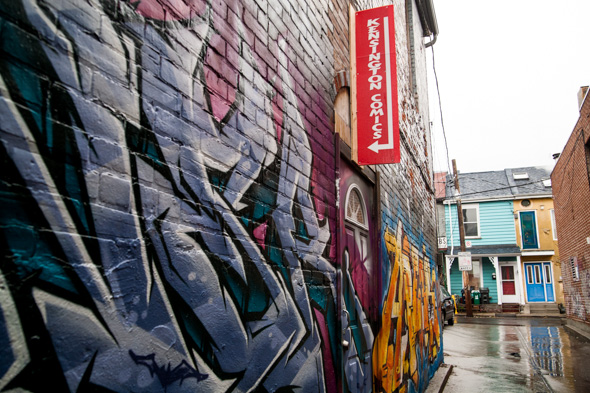 Kensington Comics' hours of operation are from 1 PM to 6 PM from Tuesday to Friday, and 11 AM to 6 PM on Saturdays and Sundays.