BMV Express recently popped up on Queen West, across the street from the CTV building in the space formerly occupied by St. Patricks convenience store, but just what exactly is a BMV Express anyway? 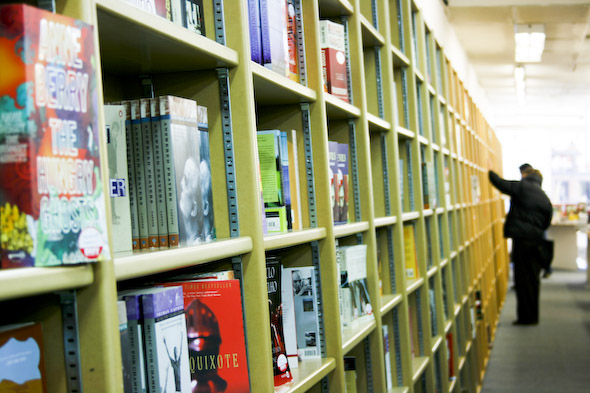 The shop looks like a used bookstore at the moment, with sketchy carpeting and handmade placards proclaiming various sections. Having opened only last week, it recently got some better signage to let people know that it is indeed open for business. The vinyl sign is an upgrade from the cute hand drawn cardboard sign in the window. Unlike other BMV Books locations in the city, for the time being this location is dealing explicitly in remaindered books. 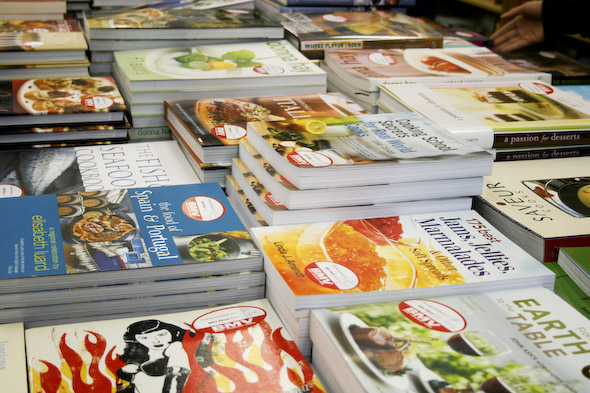 Some might call the choice in location crazy, being only a 1/2 a block away from the carcass of the much beloved Pages Bookstore , (still empty after losing its lease back in the fall) and another block away from a mega Chapters, but BMV owner Patrick Templeton has an ace up his sleeve as the owner of the building itself. With no worries of befalling the same fate as Pages, Templeton is setting up shop as a 6-month test run to see if having an indie bookstore in this over-commercialized, big business stretch of Queen West is viable. If everything goes well, the plans are to shut down and renovate into the second floor and turning it into a full service BMV, selling new and used books, magazines and videos. 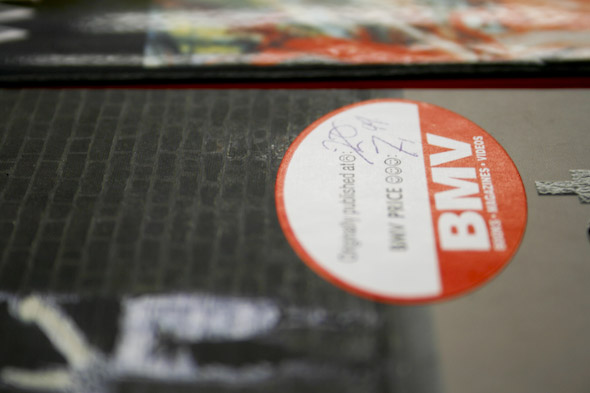 Because they're dealing primarily in remaindered books for now, not only will you find hard-to-find titles and authors here, but the prices are mindbogglingly low. For instance in the "Queen Specials" section sits a massive tome of Don Martin Mad Magazine Illustrations, marked down from $180 to only $50, or a Scorsese DVD box set for $20, regularly $50.

There is a huge selection of art books as well as shelves stocked with everything from children's lit to classics, to a wide selection of graphic novels - all at bargain prices. 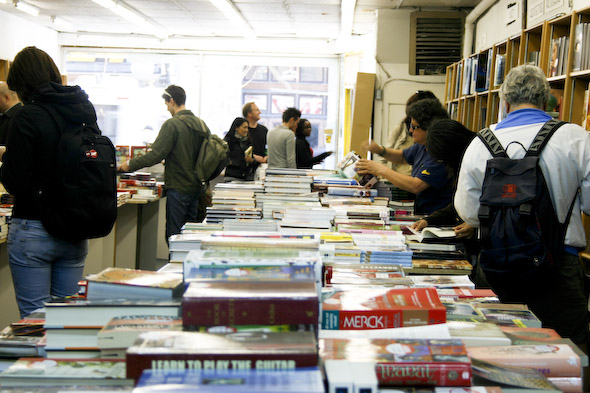 While I browsed the shelves at 3pm on a weekday, I had to jockey for position amidst the throngs of people streaming in from the street which gives me the impression that this bookstore is here to stay. Indie bookstore lovers know how popular BMV's Queen Street predecessor was, and are likely rejoicing at the return of the indie bookstore to the strip. Like all business great and small, big ones like Chapters do have their place, but there is certainly something to be said for the browse-ability and like-ability of a smaller bookstore, even with the sketchy carpets. 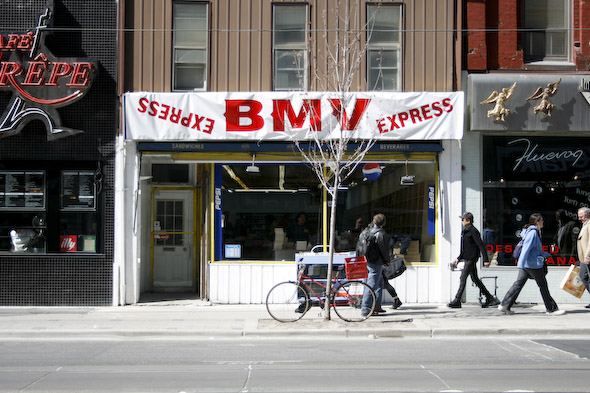