Oddly enough, Toronto has one of the world's finest Arthur Conan Doyle collections. Hidden on the fifth floor of the Toronto Reference Library and on your left after leaving the elevator it's tucked away in its own room: a well ordered explosion of all things Arthur Conan Doyle. Of course, there's also an overwhelming amount of Sherlock Holmes books and paraphernalia. After all, and much to Conan Doyle's chagrin, he was his most famous invention. 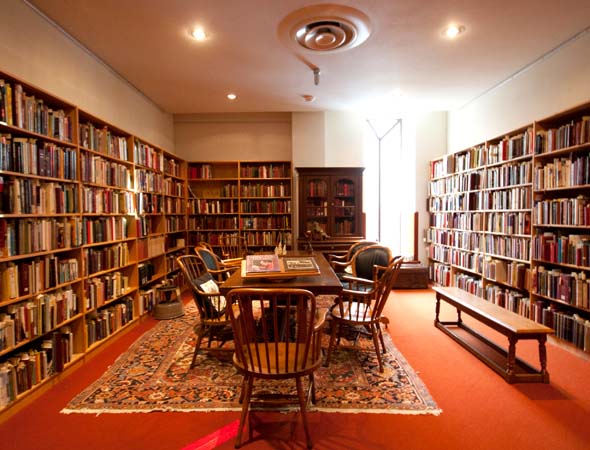 The books are new and old. There's correspondence written by the man himself. His books are there, scrawled over by his children. There are books about him and books by him. And then there are pastiches - books by other authors who've used his characters in a type of literarily recognized "fan fiction". The most contemporary is Neil Gaiman. Among the first is Mark Twain. 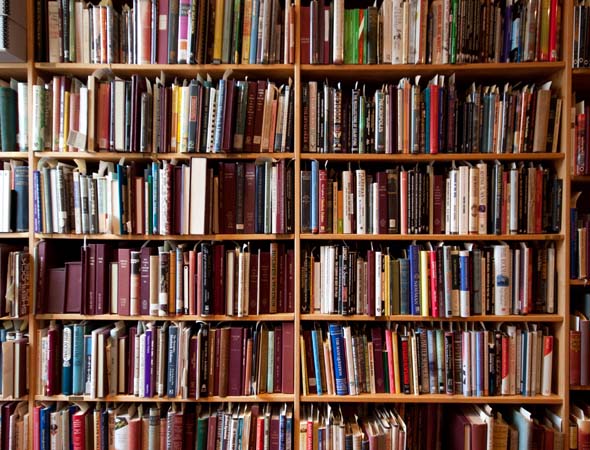 There's even a shelf dedicated to the people who obsess over Detective Holmes, "Sherlockians" who meet to debate and discuss the fictional man and his creator. They put out a large volume of newsletters. 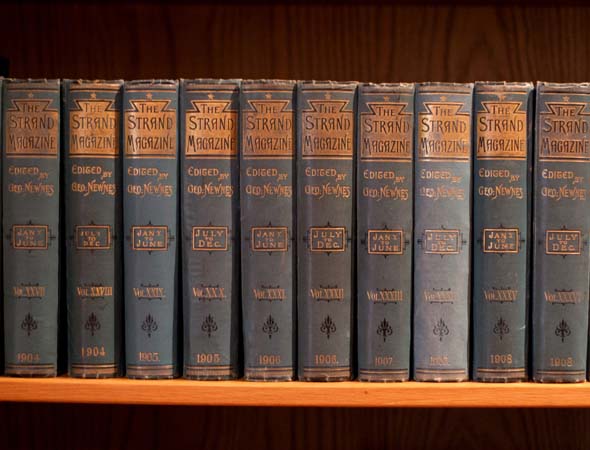 The collection was established in 1969 with the purchase of over 150 volumes that were part of the estate of Arthur Baillie, a Toronto collector. But it wasn't open to the public until January 10, 1971, and housed in what was then called the Metropolitan Toronto Central Library, at 214 College Street. A mixture of donations and acquisitions, it grew exponentially, and when the library became the Toronto Reference Library and moved to its current 789 Yonge St. location, the collection moved too. 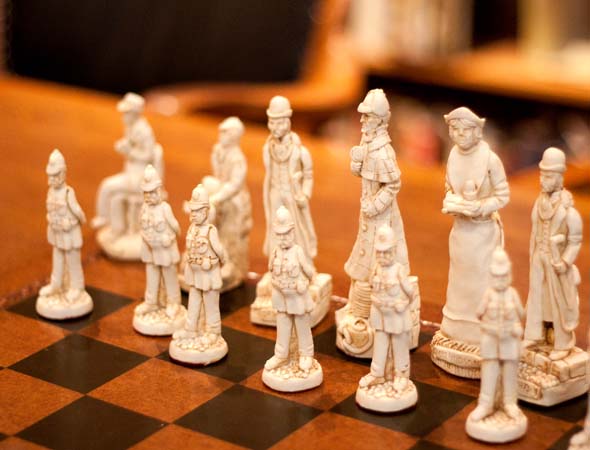 While there are other great Conan Doyle collections, what makes Toronto's so unique is that patrons are able to touch and read the works at their leisure. Its door is only unlocked Tuesday, Thursday and Saturday between 2:00 and 4:00 in the afternoon, but while it's open, ordinary folk are able to roam a room decorated like the 221 Baker Street apartment in the Holmes series. Only the machine that measures the room's humidity levels as a reminder that this is a rare book collection, and not a fantasy library in your home. 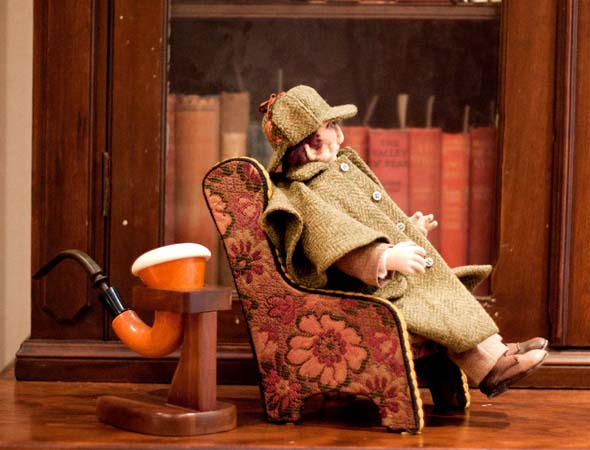 However, I can't help but note the rooms' sparsely signed guest book. Some days, five people come in. Some days, no one does. My librarian guide, admits, "We never intended to be Toronto's best-kept-secret." 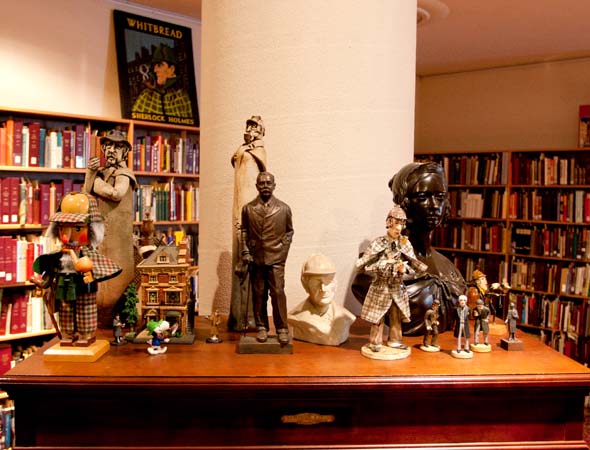 But she does let me know about The Boot Makers of Toronto (basically the Sherlock Holmes Society of Canada). The society is a devoted group, named after the only mention of Toronto in the series; in Hound of the Baskervilles, Mr. Baskerville's boot had a made-in-Toronto stamp on its sole. The group even has an annual awards gala where they all dress in Victorian-era costume.

The room might have a small fandom, but at least it's devoted. 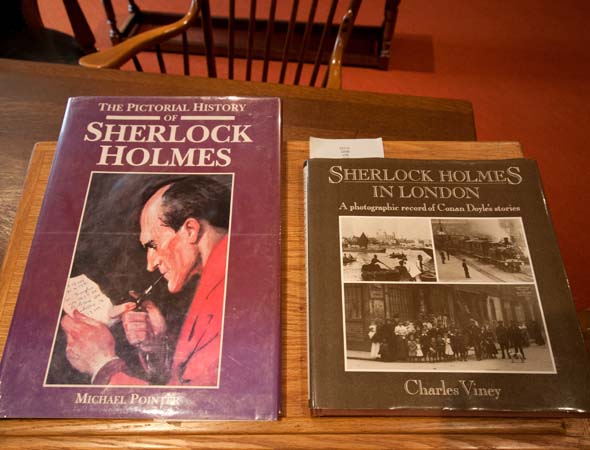 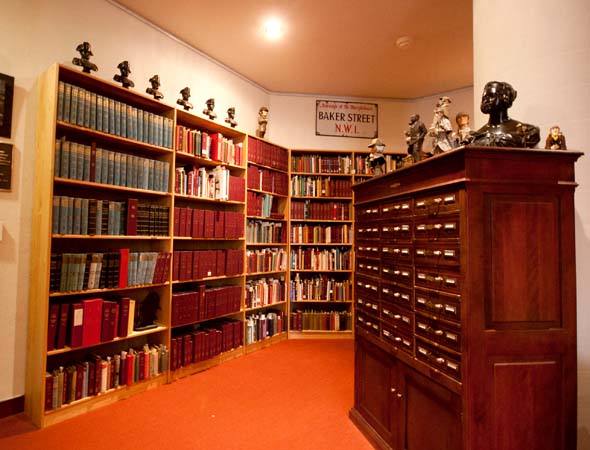 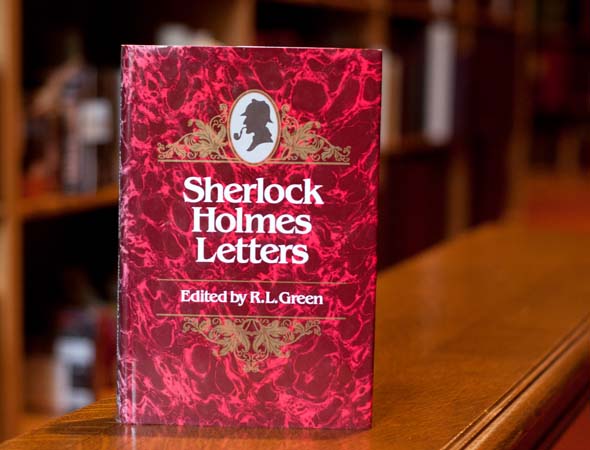 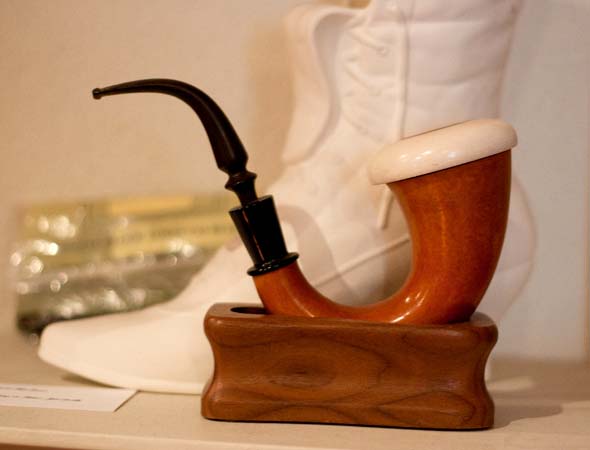 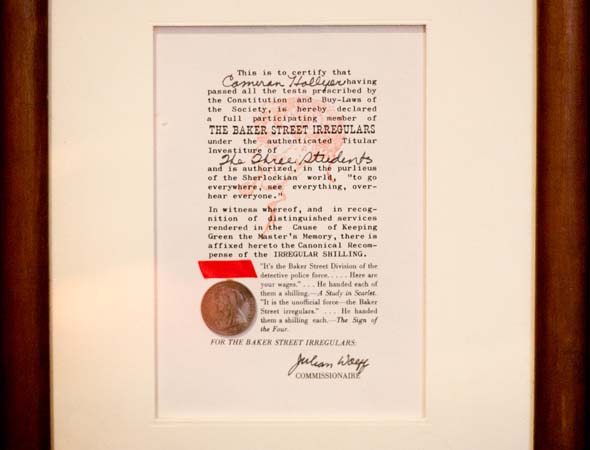 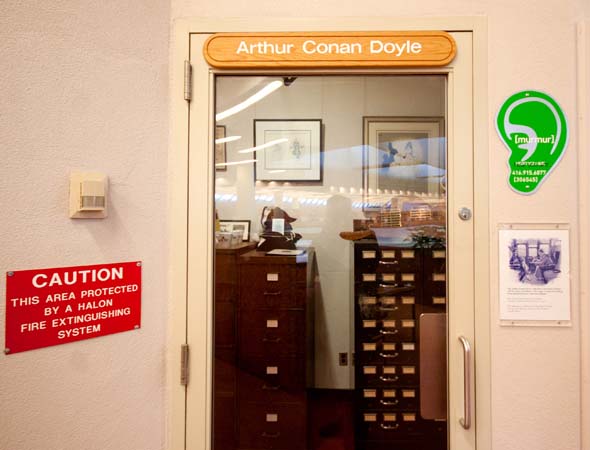