Local lit stars battle to the death at the Drake

Literary Death Match, a comedic reading series in its fourth year, hosted its 2nd-ever North-of-the-border episode in Toronto on Tuesday. The Drake Underground welcomed a full house of raucous, bookish guests and a who's-who of local lit. Best described on LDM's website, the event "marries the literary and performative aspects of Def Poetry Jam, rapier-witted quips of American Idol's judging (without any meanness), and the ridiculousness and hilarity of Double Dare." 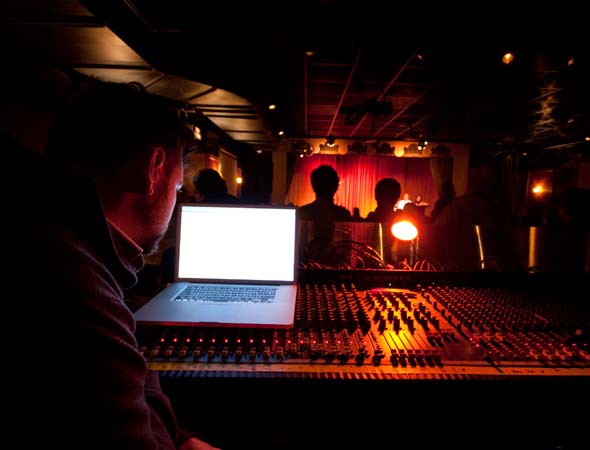 Split into two rounds and a "surprise" finale, LDM pits authors against their literary peers to out-read each other in 7-minute segments. Four contestants battle in pairs of two, and the winner of each round is chosen by a hilarious final round with audience participation. 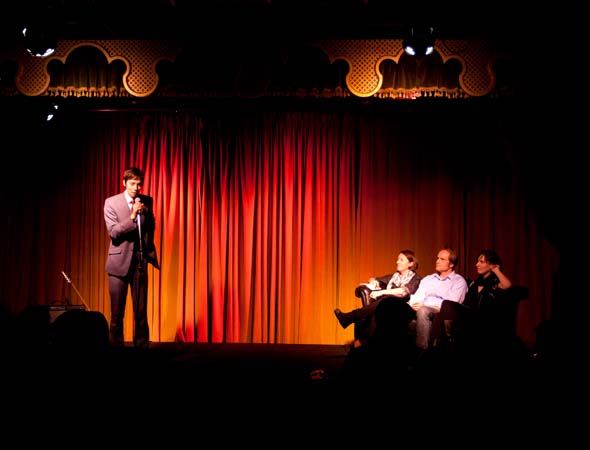 I sat in the Drake Underground waiting for the event to begin, and marveled at the diversity of the space. I've spent my fair share of nights in the boutique hotel's basement, usually sweating it out to hip-hop or jockeying for front-row viewing at a rock show. On Tuesday, things were a little more civilized. That is, until boyish host (and co-creator), Todd Zuniga, took the stage. 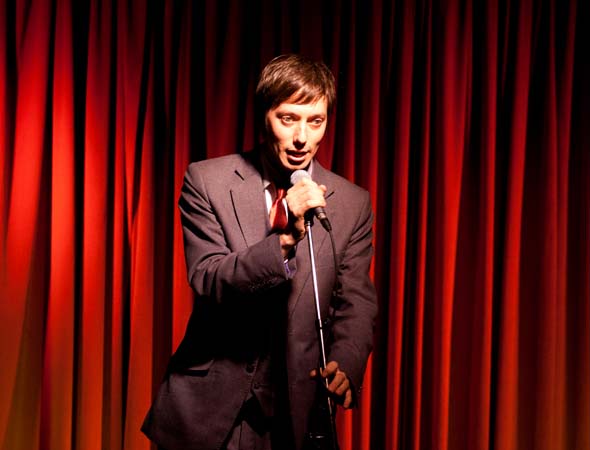 Zuniga has been circling the planet, landing on couches across the US and abroad to deliver LDM to the masses. He's the kind of guy that you'd expect had to be wrestled into his suit ("Aw, do I have to?") but pulls it off anyway. He has that Topher Grace goofy-charm thing. Zuniga introduces the match and provides comedic interludes throughout, bouncing around the stage with enthusiasm despite exhaustion from his seemingly endless jet lag. 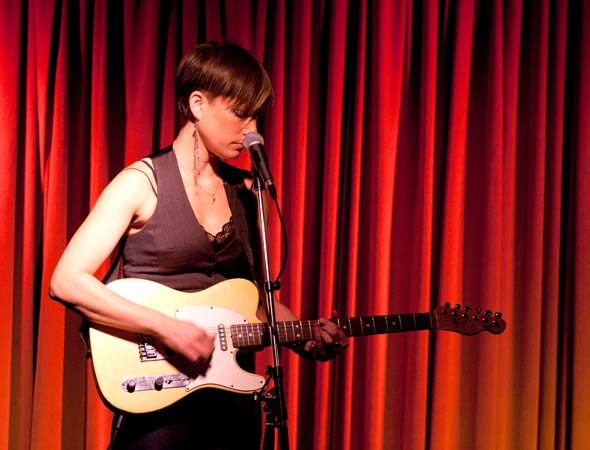 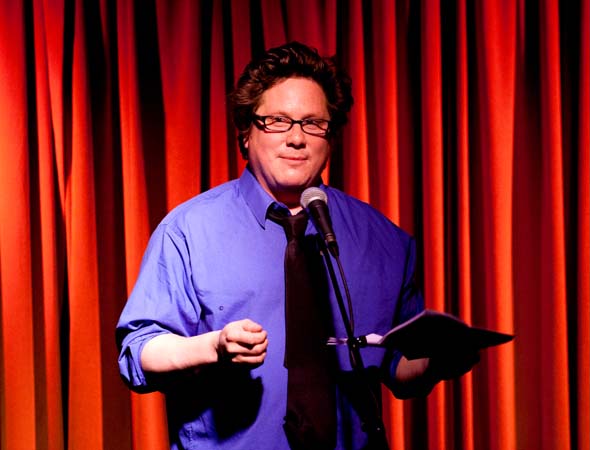 Round One saw Ibi Kaslik (The Angel Riots) go mind-to-mind with Andrew Kaufman (The Waterproof Bible) in a 7-minute read-off. Only, Kaslik's "reading" was an electric guitar-accompanied inventory of a self-destructive cross-country music tour/road trip. Kaufman eventually won over the judges, however, with a reading of his yet-unpublished short story 98 Tiny Mothers. Round Two pitted Susan Holbrook (Joy is So Exhausting) against playwright/novelist Claudia Dey, both choosing blush-worthy topics surrounding sexuality. Holbrook took this round to face off against Kaufman in the finals. 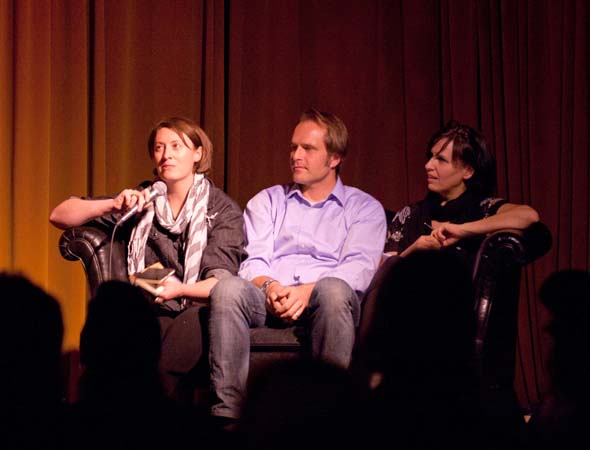 The judging - provided by word-warriors Julie Wilson (curator of Seen Reading), Lisa Gabriele (The Almost Archer Sisters), and Chris Shulgan (Superdad: A Memoir of Rebellion, Drugs and Fatherhood) - was based not on actual criteria but on general likability of the reader/reading. Their humourous commentary (gently) mocked the competitors on hotness and wardrobe choices. 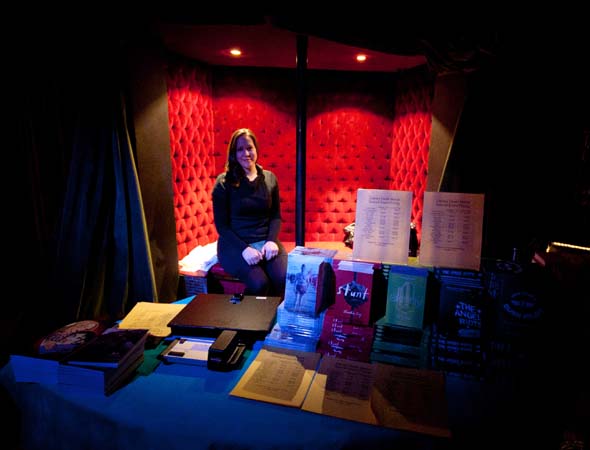 While I sadly has to bolt before the finale, Zuniga, from his Filmore's hotel room (where he was duped by a "friend" into staying), filled me in the last of the night's action. Kaufman, in a "Literary Memory" game, outshined Holbrook 9-4 and became Toronto's very first Literary Death Match champion. 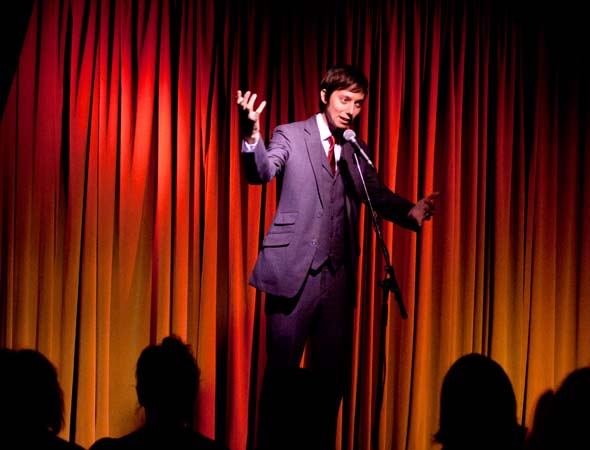 I suspect that Zuniga and LDM will be back to enjoy our city's fervor for off-the-wall interactive culture. Next time, though, I might remind him that the Drake is also a hotel.