The Alphabet Game: A bpNichol Reader

I learned to hate poetry in school. I remember spending what seemed like weeks on a few lines by William Carlos Williams and wondered what the fuss was all about: why should I CARE about that stupid red wheelbarrow in the rain? Years later, a friend showed me some poems that took my breath away. That can't be poetry, I said, I hate poetry. But I was hooked.

I first grew curious about bpNichol when I discovered that the street behind Coach House Press in the Annex is called "bpNichol Lane." The street features one of his eight-line poems and according to this Wikipedia entry, an employee at Coach House regularly waters the word "LAKE".

A member of a sound-poetry performance group and winner of the Governor General's Award for Poetry, bpNichol also wrote for Fraggle Rock. He died in 1988.

Coach House Books recently released The Alphabet Game: A bpNichol Reader. One of the co-editors, Lori Emerson, agreed to answer a few of my questions about the project.

Read sample bpNichol poems and find out more about The Alphabet Game beyond the jump.

Lori writes on modern Canadian and American poetry, digital culture, and electronic writing, and is the associate editor of Electronic Book Review.

How did you get involved in the project?

I got involved with the Alphabet Game quite late - Darren Wershler-Henry emailed me in May 2007 to ask if I'd be willing to step in at the last minute and help edit the book in place of Smaro Kamboureli, who started the project with Darren but was unable to continue on with it.

These two issues follow-up the 1998 issue of Open Letter "bpNichol + 10" in the hopes of re-enlivening and, especially, broadening the critical landscape of Nichol's works and they are particularly focused on critical/critical-creative submissions from young and emerging scholars/writers who are part of a generation that never knew "Barrie" or "beep." 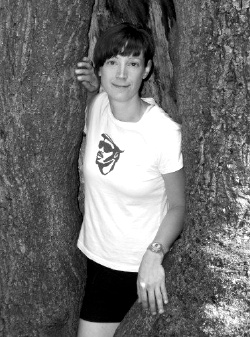 Did you ever meet bpNichol?

Also, Nichol's writing somehow manages to simultaneously be intensely personal (as he writes about his wife, his friends, fellow-writers) and also intensely impersonal (as he problematizes "bpNichol" or "Barrie" or the "I" that plays such a central role in his writing). His writing can really trick you into feeling as if you have a personal, intimate connection with him.

What appeals to you most about bpNichol's work?

Nichol's writing is so appealing to me partly because of its sophisticated youthfulness that produces writing that's wildly varied (in form, texture, shape, and content) - for me reading his work is just so very pleasurable.

If I flip through The Alphabet Game I can't help but to smile at the concrete poems, the minimalist poems with only one or two words on a single page, the beautifully shaped letters and words that evolve from one page to the next, the cartoons, the giant block letters.

And there there are the silk-screened poems in boxes that Nichol created with the painter Barbara Caruso. Most of these we didn't include in The Alphabet Game because we couldn't include colour plates; but one of my earliest and most arresting experiences exploring Nichol's writing was when I looked at The Adventures of Milt the Morph in Colour in the University of Victoria's special collections library.

It's one of the most beautiful literary works I've ever seen - it's a sequence of eight over-sized prints each based on Caruso's colour shapes and which Nichol uses to work in a poetry comic strip.

Around the same time as I was looking at these pieces at the University of Victoria I was also writing my Master's thesis on Nichol's sound poetry - poetry that's just as beautiful, moving, and unconventional as his visual poems except that rather than explore the visual dimension of letters and words, he explores their aural dimension.

You can listen to some of these poems at http://writing.upenn.edu/pennsound/x/Nichol.html and you'll find it's difficult not to get chills listening to him read poems that are howls, whistles, chants, nonsensical words and phrases.

You co-edited The Alphabet Game with Darren Wershler-Henry. How did that work?

With me in Atlanta and Darren in Toronto, we had to work on The Alphabet Game entirely over email from May to September. He sent me an initial draft of the table of contents, one that probably he and Smaro had worked on together, and we went from there, each of us suggesting additions and deletions until we were satisfied that the range of Nichol's work had been adequately represented.

This is basically how we worked for all the materials, actually; I wrote initial drafts of the Nichol biography and afterword, sent it to Darren, he made a few additions and deletions and then sent the materials back to me one more time. Darren worked on the layout of the book almost entirely on his own, occasionally soliciting advice from Stan Bevington at Coach House, and then he and Alana Wilcox sent me a pdf of the book which I proofread several times and then couriered back to them in Toronto.

I think we worked wonderfully together - rarely did we disagree on anything and when we did, one of us was always happy to capitulate to the other. No doubt part of why we worked so well was because of the time constraints we were working under - we just didn't have the luxury of engaging in very many extended debates about editorial decisions or about the value of one work over another.

I think Darren did a fantastic job with layout and not only would the project not have happened without his persistence, but the breadth of his knowledge of Nichol's work was also absolutely invaluable. 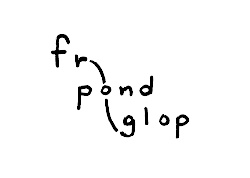 teach me song, i
would sing, teach me
love. i would
i were open
to it. teach me
to pray
privately, praise
quietly
those things
i should. show me
the grace
of movement
& touch - that much
i would offer
to her. teach me
more - a way
for me
to reach her
who beckons
hesitantly. teach me
to be sure.

Copyright ÂŠ 1990 by the Estate of bpNichol. Used by permission of Eleanor Nichol.

For more info about the book, please see The Alphabet Game: A bpNichol Reader in the Coach House Books site.