As an sf fan, I was intrigued by the premise of Bev Katz Rosenbaum's I Was A Teenage Popsicle: a 16-year-old is frozen until a cure for her rare disease can be found. When she's revived, her little sister is her older sister, and the heroine has to cope with other changes as well.

The story is a fun mix of sf and edgy chick lit, and its sequel has just come out. More about Bev and how she made the switch from editing to writing beyond the jump.

According to your online bio, one of your first jobs was working as an editorial assistant at Harlequin Books, working your way up to the associate editor position. What was that like?

Well, it was interesting, for sure. I'd never read a romance novel before my Harlequin interview--I was a U of T literature snob. So I read about five the week before my interview, a couple of which were surprisingly good, and a couple of which were awful. I'd sent out about a million other resumes, and unsurprisingly, landed only one other offer, at a literary press, but in the finance department, which I was loathe to take. Numbers terrify me.

By the time Harlequin made an offer, I'd realized that publishing was a really, um, tough field, so I jumped. It turned out to be a great move. From day one I was encouraged to take on editorial work on top of my day to day administrative work. They were really open to promoting people from within to more senior editorial positions.

I had a couple of great mentors--Laurie Bauman and Marsha Zinberg--who really took the time to explain how to critique a novel and what to look for. I also really loved the other editorial assistants and editors. I remain very good friends with a couple of them to this day. As for the books themselves, I quickly came to realize the bad rap romance gets is mostly undeserved. In any genre, there are good books and bad books.

The romance genre may have a few more of the bad ones by simple virtue of the fact that so damn many of them are published, but it's unfair to paint them all with the same brush. From the best books, I learned how to properly structure a story, and how to create great characters and conflicts.

I will say that there are some very strange people in the romance world. One look at 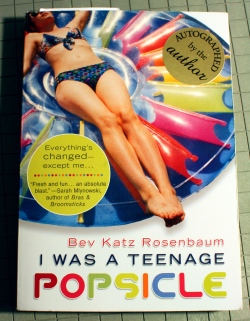 Romantic Times Magazine tells you all you need to know. (You can just imagine what RT's annual conference is like! Hint: lots of people wearing cheesy period dresses and half naked--hired--men walking around.)

What made you switch from editing to writing?

When I was younger, I just didn't think I could ever actually write for a living. Nothing to do with skill--it simply didn't seem like something real people did. But once I worked at a publishing company, I saw that writers were real people, too. Not only were they (very definitely) not gods, they also usually had to write several drafts of their novels to make them really good. At a certain point I thought: I should probably give this a shot.


When you wrote your first YA novel, I Was A Teenage Popsicle, did you have a sequel already in mind?

No. It was a two-book deal, but I didn't have any idea what the second book would be. I'd been working on another story, which I submitted to my editor at a certain point, but by the time she read it, Popsicle was getting good buzz, and she asked for a sequel.

How did you get it sold? On your own? Through an agent?

When I realized (after writing a couple of romance novels) that the YA genre was for me, I got myself an agent who specialized in YA fiction. I'd sold my romance novels without an agent because I knew who to give them to and how romance contracts worked--what was negotiable and what was not. I didn't know anything about YA publishers or YA contracts, and didn't feel comfortable going it alone. (Not many publishers look at unagented stuff anymore, anyway.)

How did you find your agent?

I had already joined an online teen lit author group, and agent names were circulating. My agent-to-be actually posted a note to the listserv members saying that he was looking for YA authors. He was a new agent joining an established agency. Those are good people for newbies to approach--you get someone who needs to build his/her list, who also has access to agents in the know and can put a reputable agency name on the letterhead.

I Was a Teenage Popsicle is set in California. Do you have any plans to set any upcoming novels in Canada?

I thought Venice Beach was the perfect place to set my crazy cryonics story, but yes, a (deeper, more serious) project my agent is currently shopping (cross your fingers for me) is set in Toronto. Mordecai Richler once said--and I'm paraphrasing here--the place you grew up is the only place you know in your bones, and I think that's absolutely true. That knowledge can only help make your book more real, more authentic. 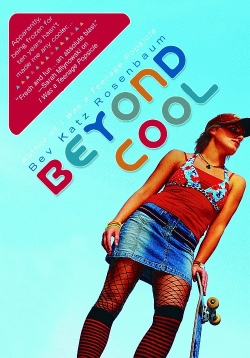 What part of Toronto have you picked as your setting?

It's set in North York, near where I grew up (the Bathurst/Wilson area). The book is set in the here-and-now, so getting the setting just right was a bit tricky, as the neighborhood's changed, in terms of the demographic and what it looks like.

I see from your site that you offer a manuscript critique service. What's the most common that new writers tend to make?

Trying to sound like someone else is also a common mistake. New writers seem to think that if they jump onto a trend and write books reminiscent of so-and-so, they're guaranteed publication, when in fact, the exact opposite is true. What editors are looking for is something fresh and new. Nobody needs a duplicate of Famous Author, because Famous Author is still writing prolifically. Writers need to work on developing their own voices.

I have to say I'm torn on this one. I love Pages on Queen and a few other indies for gift books, beautiful books, different books. But I have to love Chapters/Indigo more because it carries my books! (A couple of the Book City stores--which I love for their selection--also carry Popsicle.) The Yonge-Eglinton Indigo is my 'home' store, and when I Was a Teenage Popsicle came out, I had a terrific launch party/signing event there. David, the manager, is really supportive of local authors. I'll be doing another launch there sometime in September for Beyond Cool.

I'm into casual, funky places with great food. Gio Ranna's Really, Really Nice Restaurant (also known as The Nose) in Leslieville is a fave. So is Seven Numbers (on the Danforth and soon to be back on Eglinton, in my nabe--woohoo!). Also Five Doors North on Yonge. Love all kinds of ethnic places, too: Chinese joints on Spadina, Korean on Bloor, Greek on the Danforth, Italian on College or St. Clair, pierogies on Roncesvalles, etc. Love the sushi at Sushi Supreme at Yonge and Davisville. For occasions, I like Lee and Jamie Kennedy's Wine Bar. And Zucca, on Yonge just south of Eglinton. Also love The Red Tea Box (for lunch or tea) on Queen.

You can find out more about Bev Rosenbaum and her books at Bevkatzrosenbaum.com. There'll be a signing/launch party for "Beyond Cool" at the Yonge-Eglinton Indigo on Sunday, September 16th at 2:30 p.m. (on the upstairs level), and she'll also be doing a combo reading/q&a session in the YA reading tent at the Word on the Street festival on September 30th.