The Oud & the Fuzz is named for a tune by John Berberian, an Armenian-born oud player from New York City known for fusing psychedelic jazz and traditional Armenian music.

This cocktail bar from the same people behind Antikka follows a similar ethos. Where else can you hear nightly DJs and regular live music while munching on eetch salad and drinking Armenian-inspired cocktails? 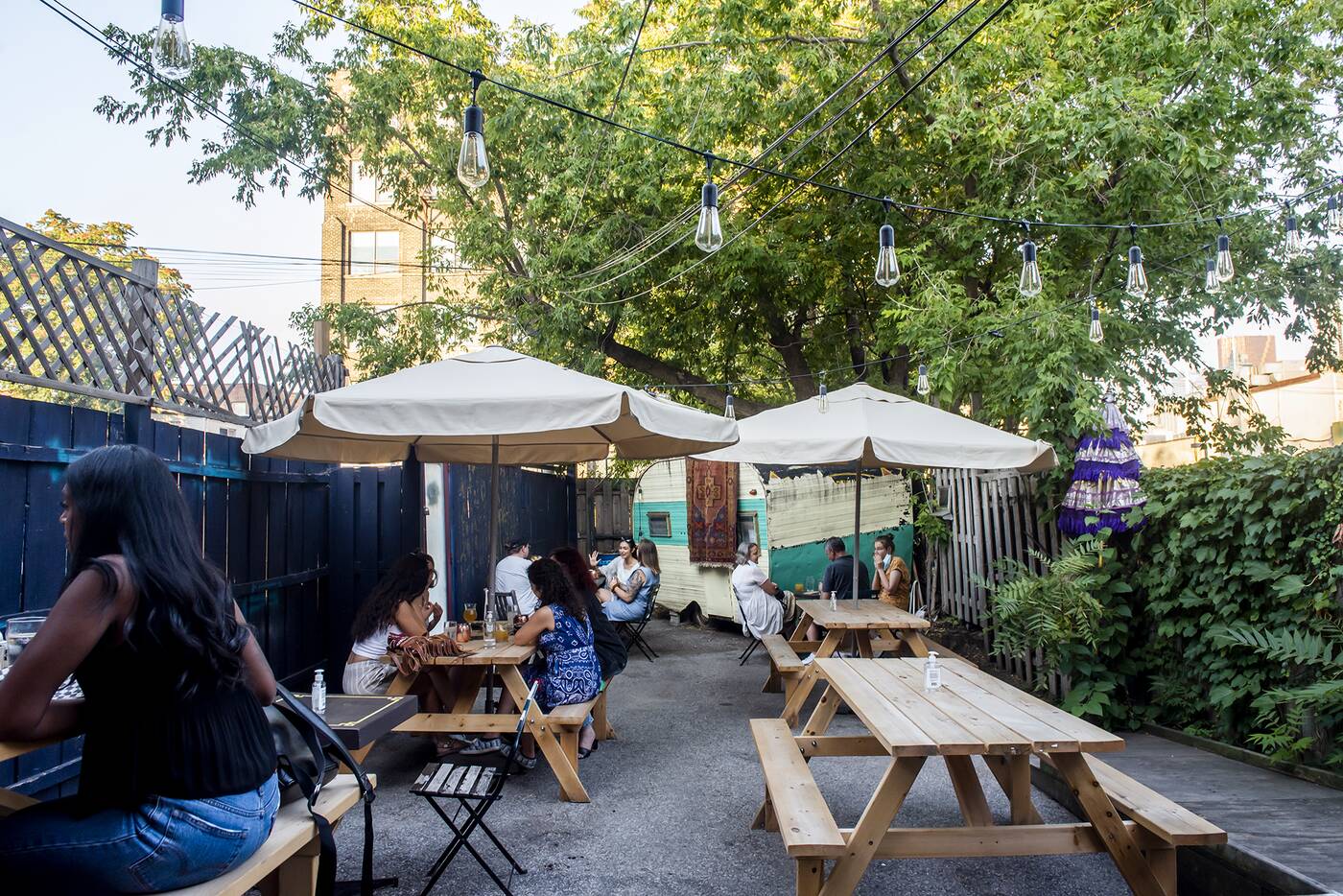 A rustic back patio isn't the comfiest but it's memorable for a trailer with a rug draped over it that takes up residence in the corner. Performers are stationed on an elevated platform, and reservations are wise especially during event times. 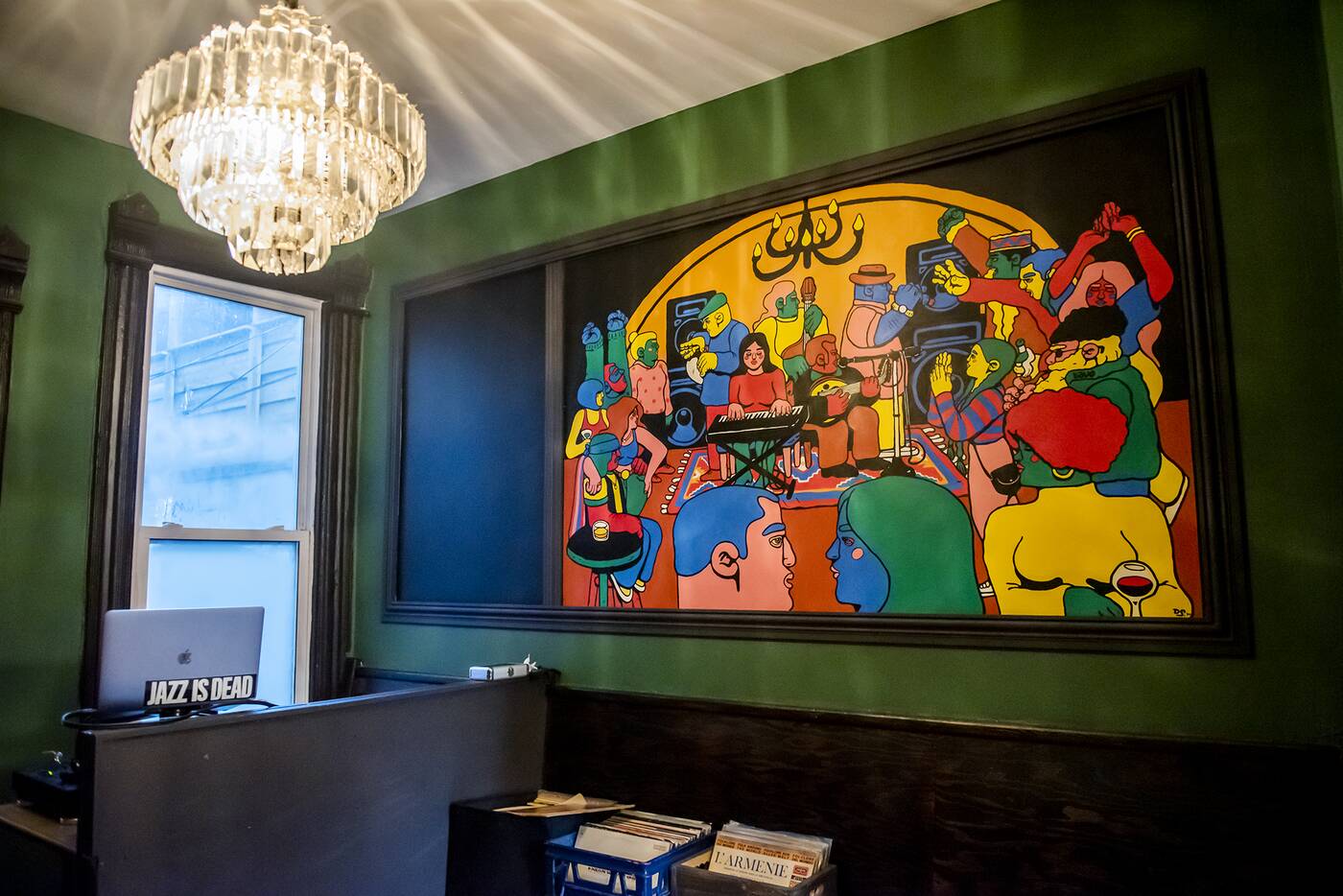 Snacks provided by Karine's are $9 across the board, but take note this is more a place for nibbles and cocktails, not dinner. Fortunately if your stomach does happen to be grumbling Kensington has a wealth of options for a quick bite. 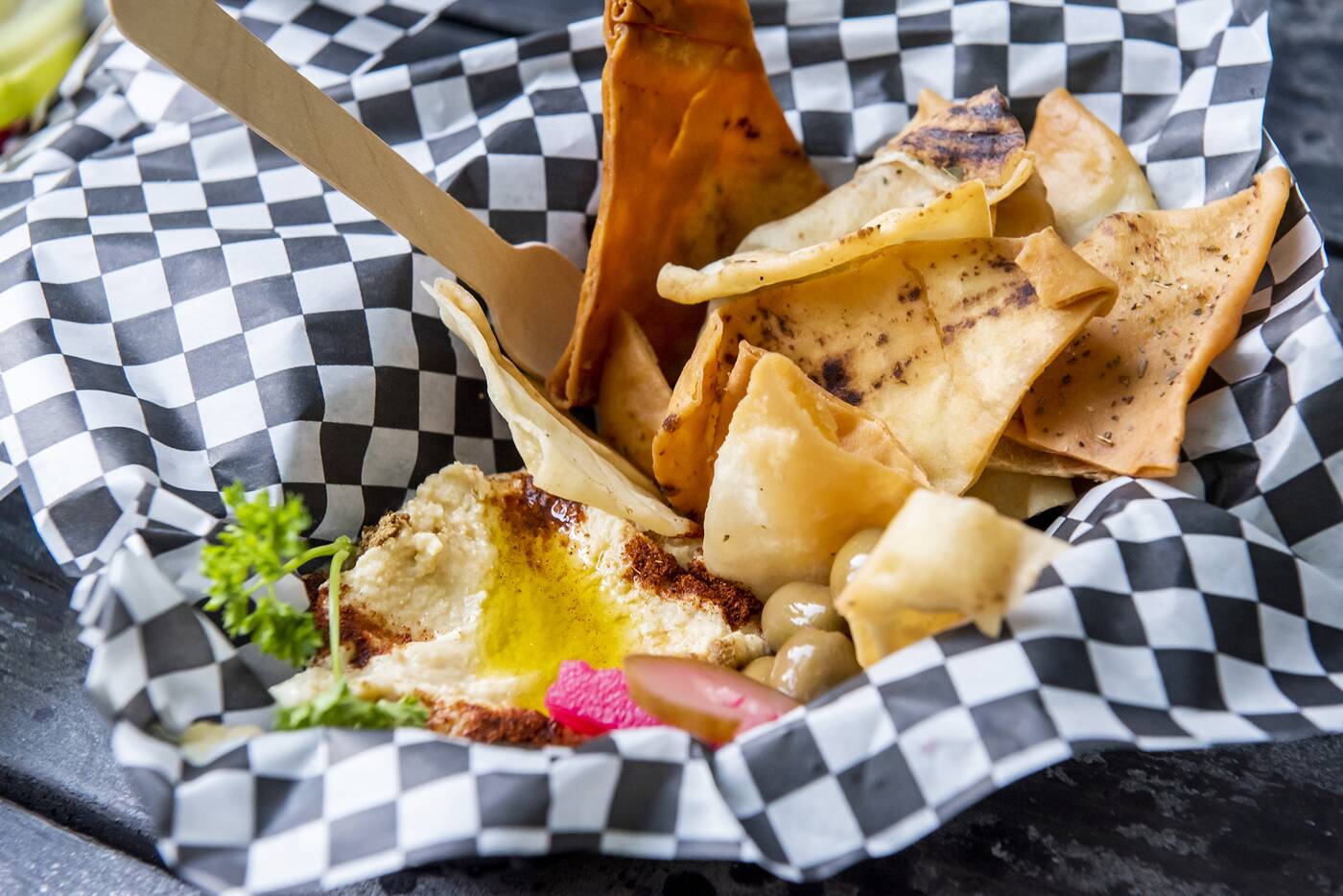 Deep-fried, crackery pita is served with a smooth chickpea hummus for a shareable that's easy to agree on. All snacks are served with crunchy, tart house pickled veg. 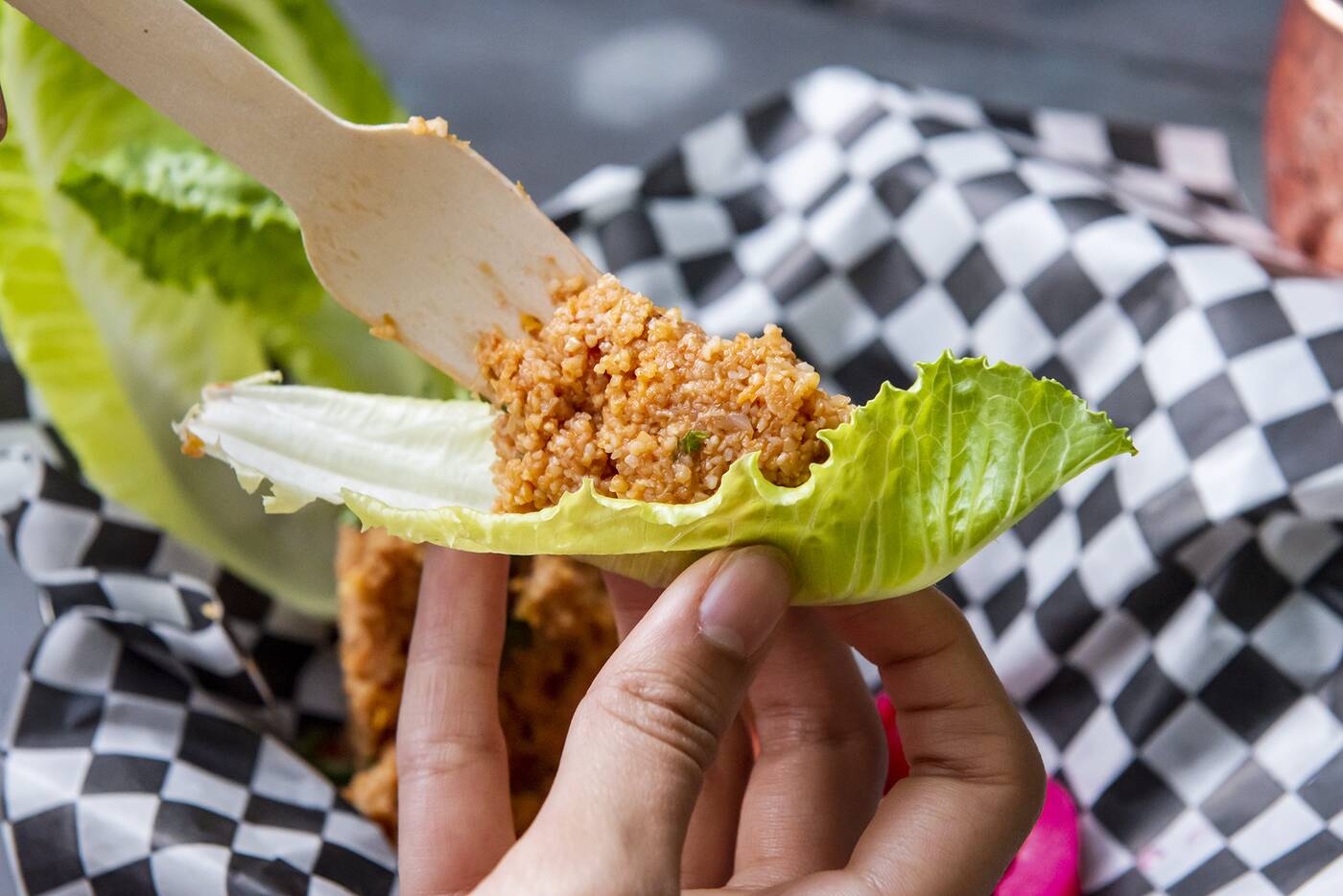 Eetch is more atypical, an Armenian bulgur and tomato paste salad made with onion, paprika, lemon, parsley, red pepper and green pepper that's often served as a side dish and has been compared to a thicker, less tangy tabbouleh.

This rendition is served with lettuce leaves for spreading and scooping, and it's sweet, grainy and refreshing. 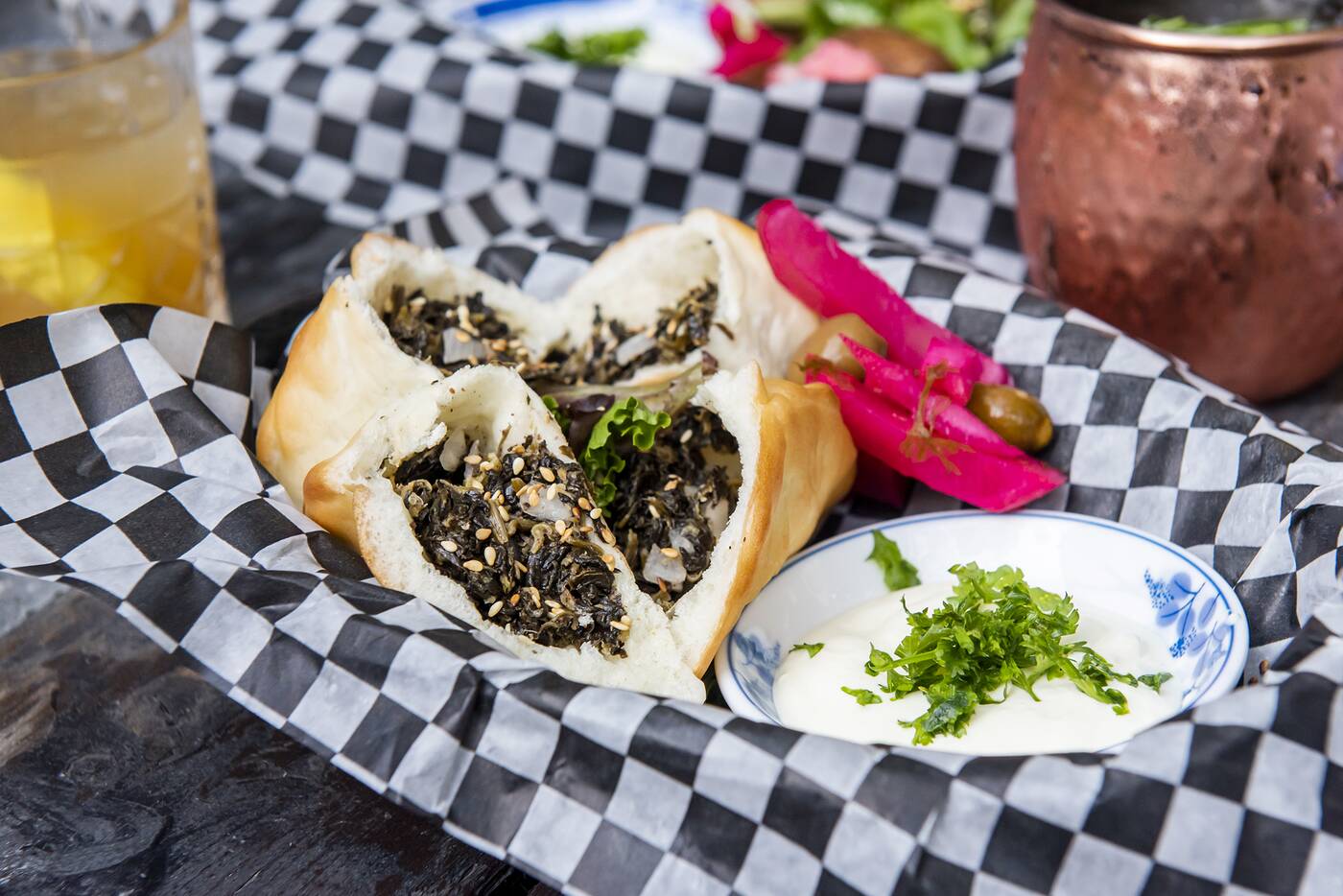 Burek are pockets of doughy puff pastry filled with savoury spinach and onion and served with a dip/sauce of sour cream, yogurt, fresh garlic, salt and pepper.

They're not the Eastern European coils some people might be more familiar with, but they have the same comforting flavour profile and are probably what I'd order again. 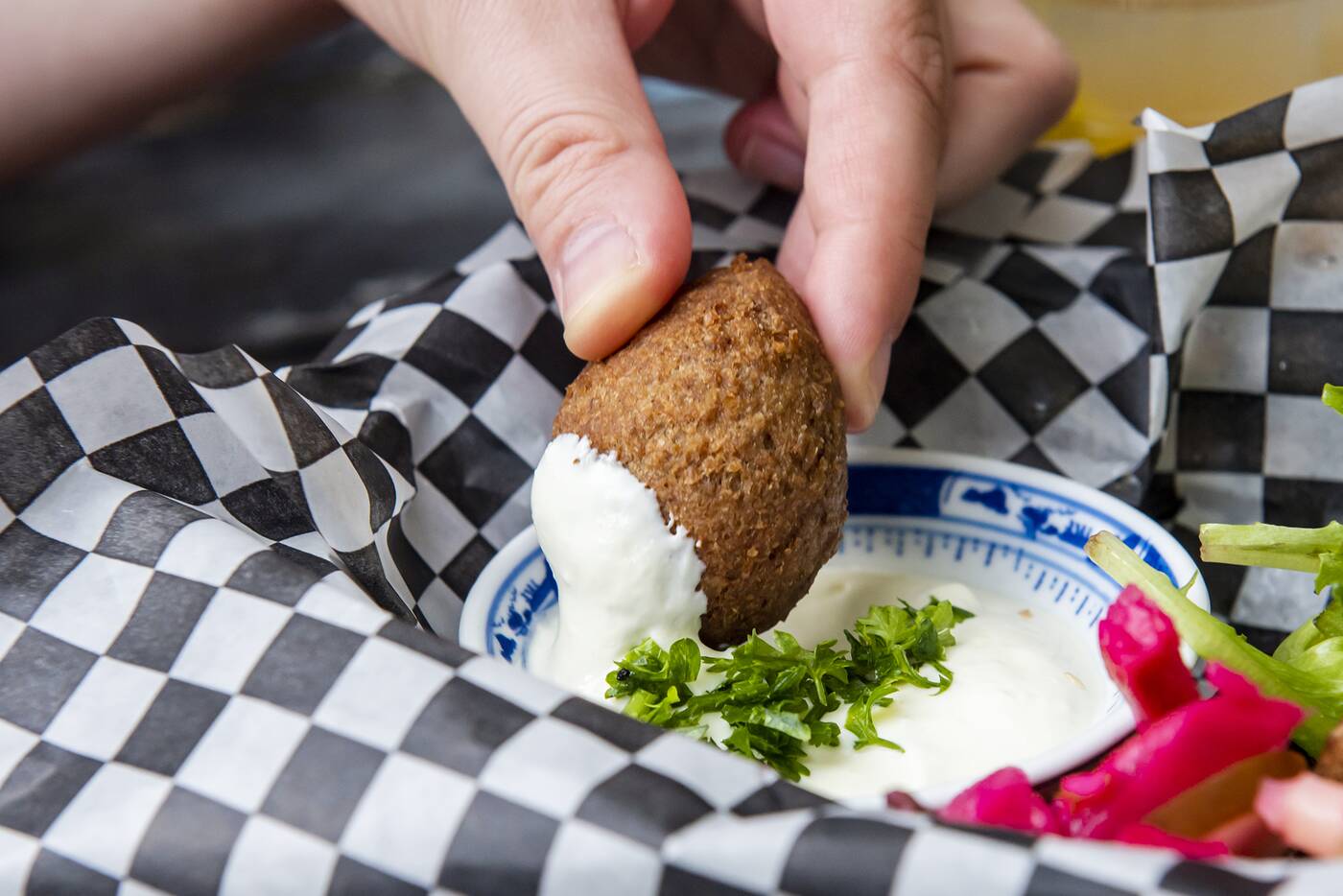 Kufte are deep-fried ground beef meatballs made with lemon juice, chili powder and pine nuts that come in orders of two accompanied by the same cooling dip as the burek, which balances the warmly spiced, rich flavour. 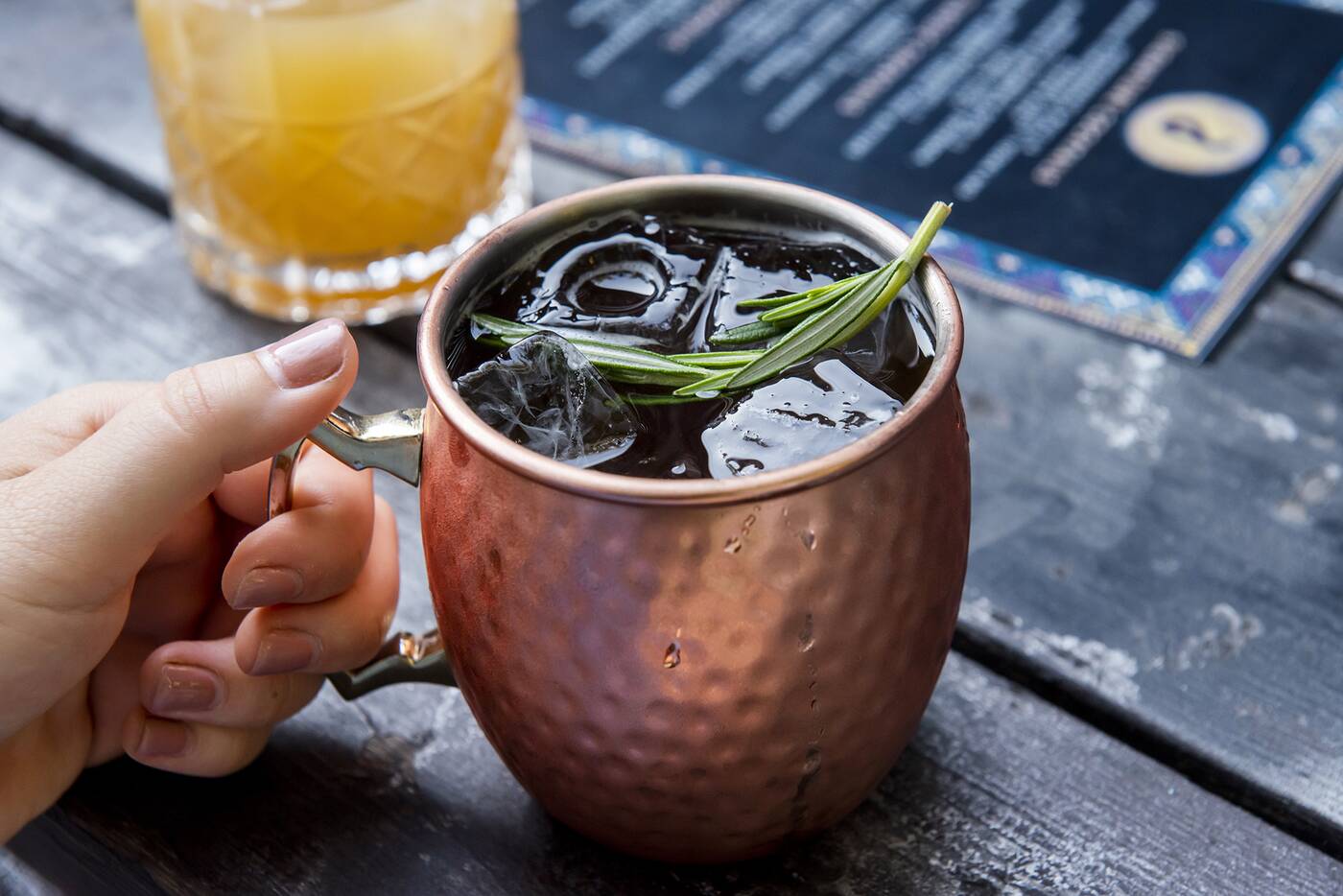 A Pomegranate Mule ($14) is a combination of vodka and Crabbies ginger beer amped up by the rare inclusion of Armenian pomegranate juice and served in a classic copper mug, perfect for a sweaty summer evening. 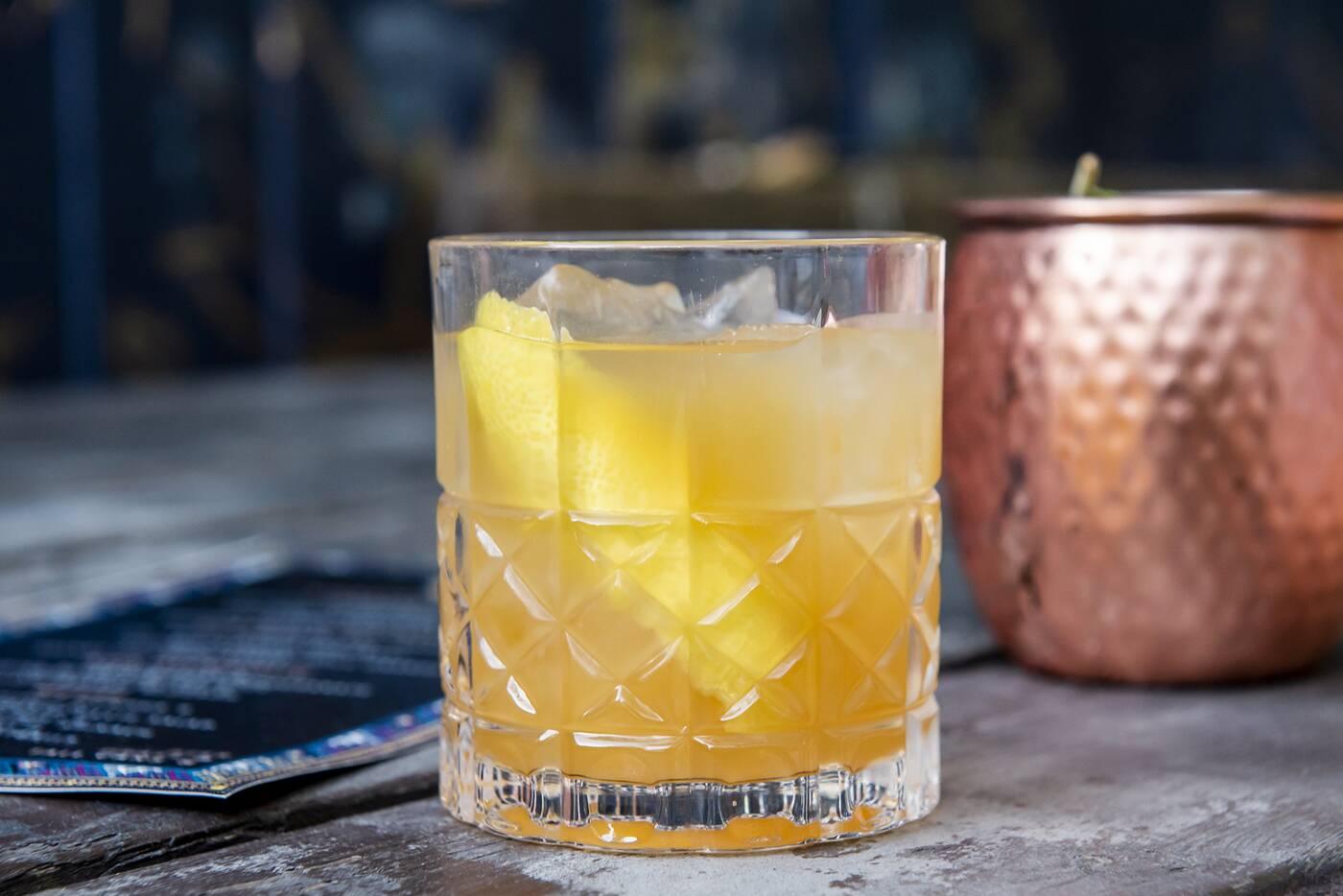 An Apricot Bourbon Sour ($12) combines bourbon and lemon juice with apricot juice that's also imported from Armenia for a drink that's strong and sweet but not overly sugary. 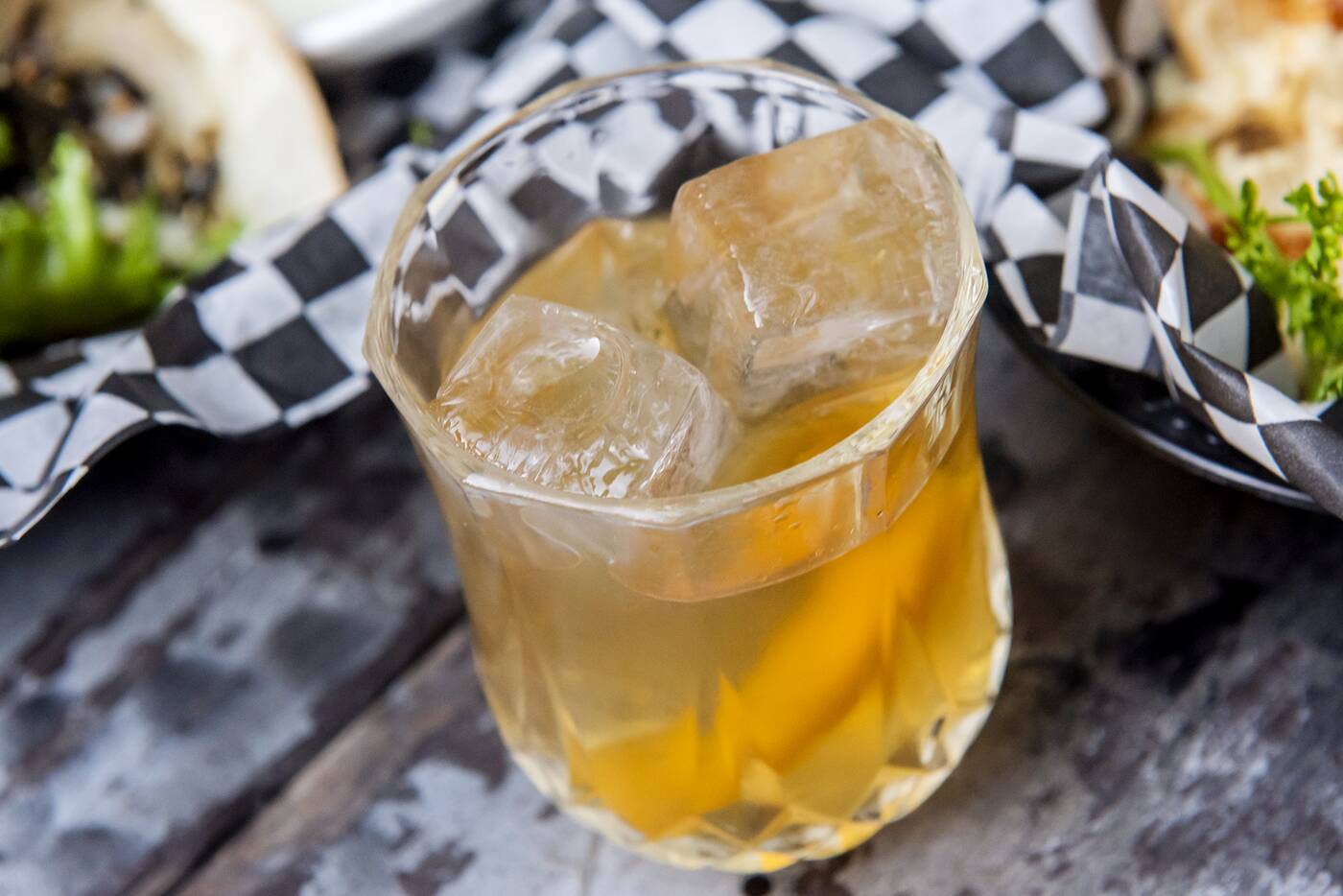 The Antikka Fashioned ($12) is a take on an Old Fashioned with bourbon, brandy and house bitters that are based on spices common in Armenian cooking. 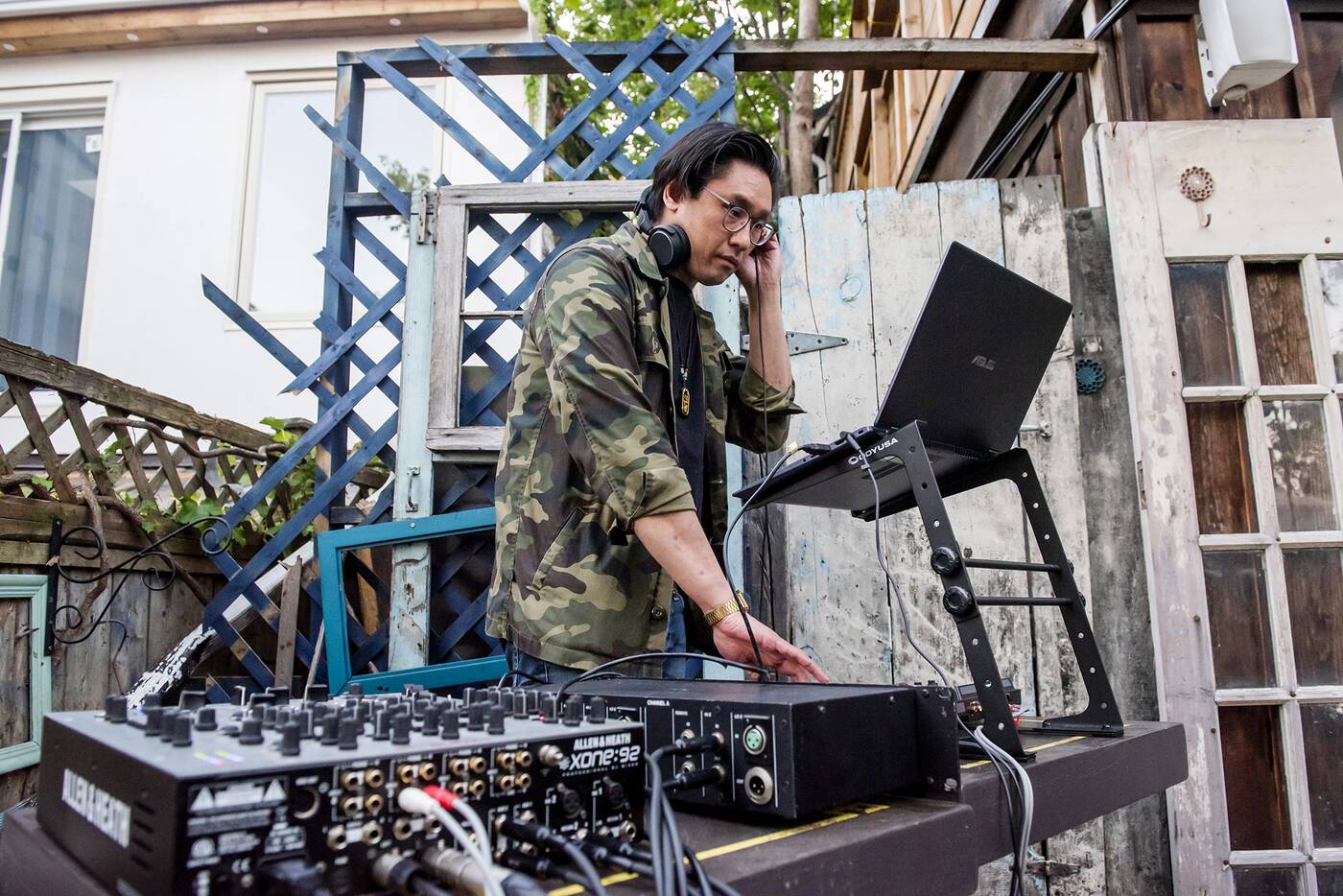 DJ Ree is spinning when I visit, a mix of rare funk, boogie, soul and disco cuts that keep the mood at a chill low number of beats per minute. 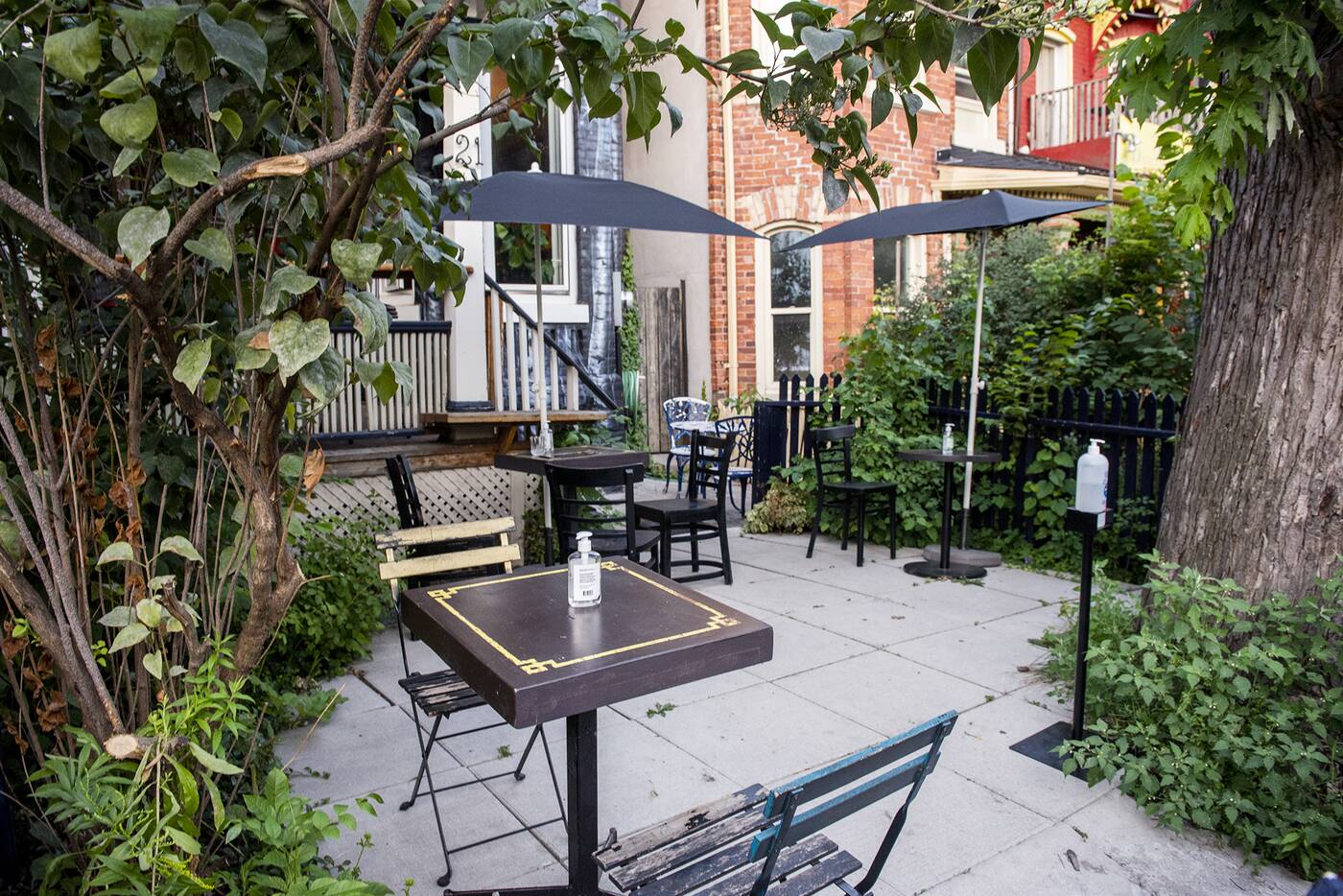 A front patio provides space for watching people rather than musicians. 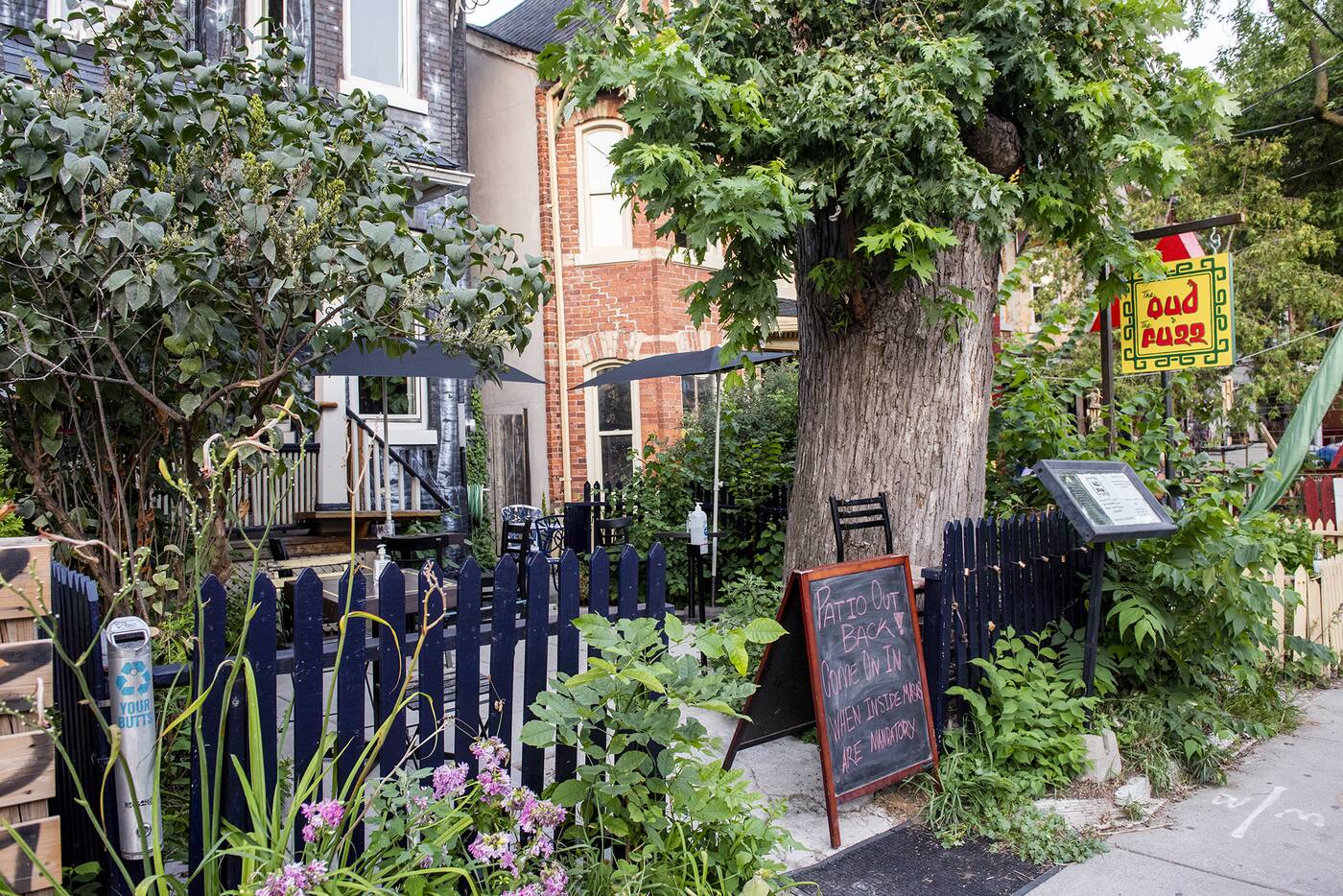