Houndstooth is currently open but their offerings and services may be affected due to the pandemic. Please contact the business directly for more information about any changes. Is this your business? Please contact us if you would like to update this message.

Houndstooth is a cafe and bar boasting a free pool table, DJ nights, and a rentable rehearsal space downstairs.

Bringing its black and white facade from Chinatown to Ossington, this stripped down haunt feels like a bastion of cheapness on the peripheries of Lower Ossington, where $16 cocktails abound. 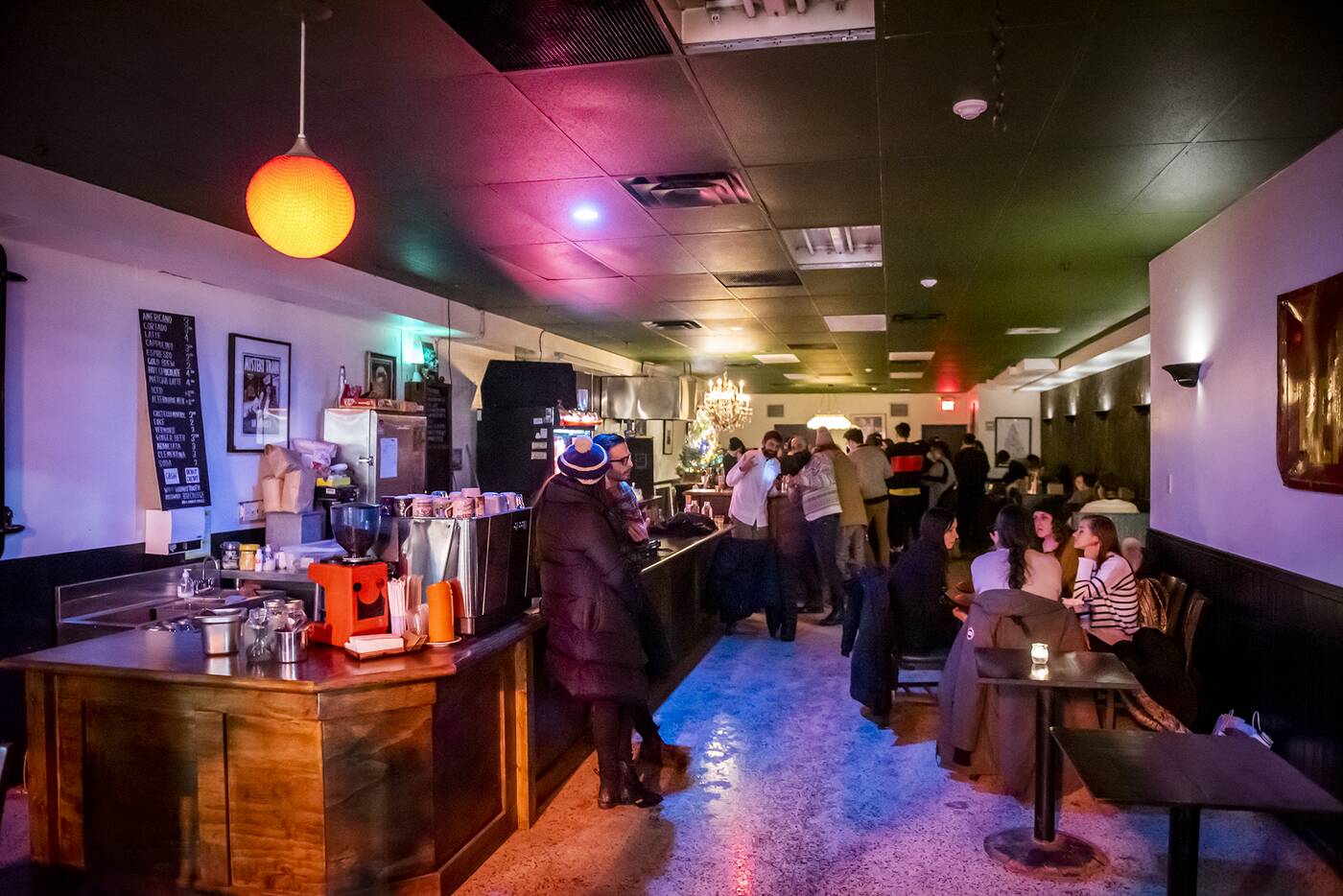 Open from 8 a.m. to 2 a.m most days, the former Portuguese restaurant transitions from espressos in the morning to Woodhouse tall cans at night. 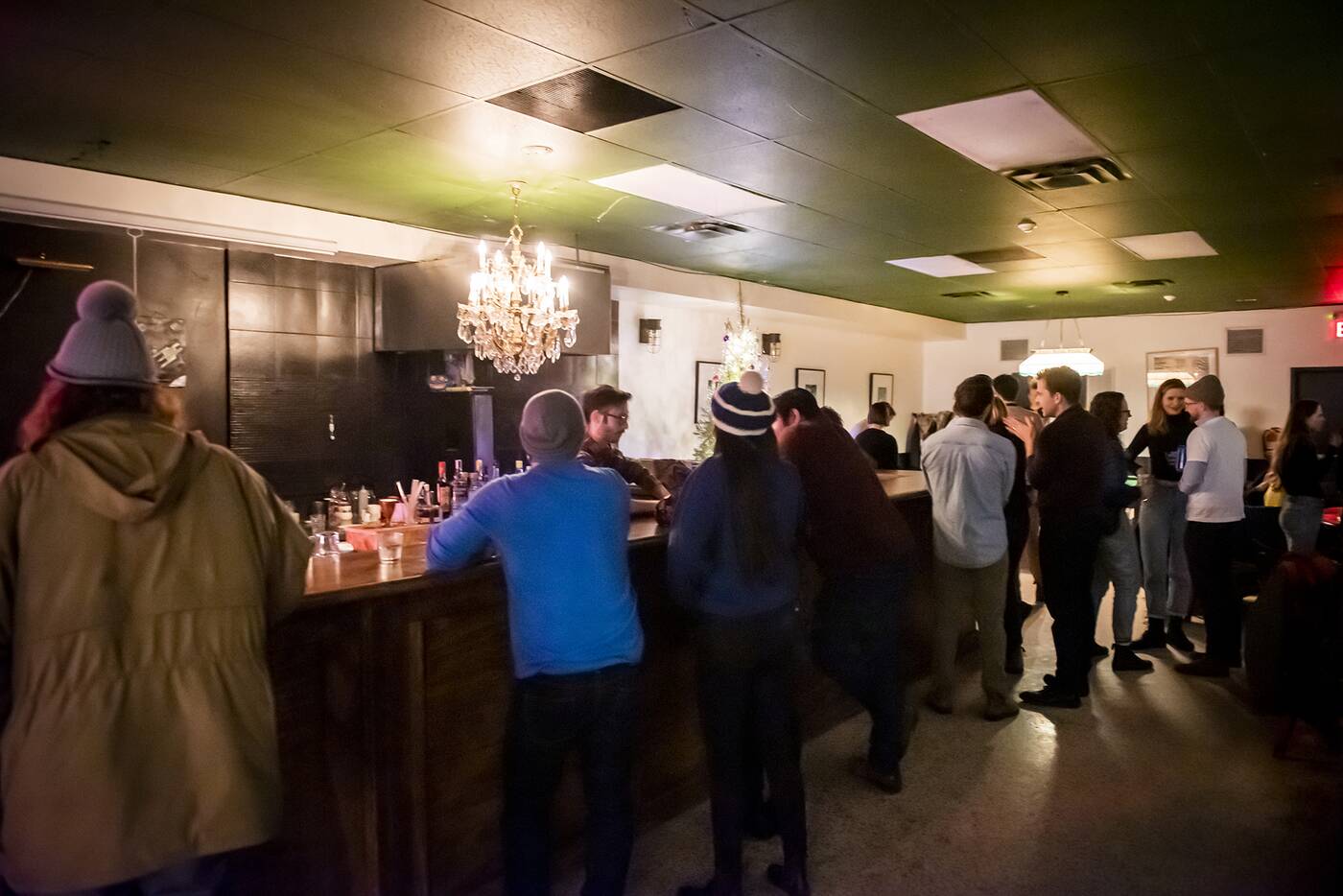 Decor is minimal and refreshingly out-of-pocket. Accent pieces include a chandelier, courtesy of co-owner Alex Gray’s grandma, and some old signage with some pretty interesting Toronto lore attached. 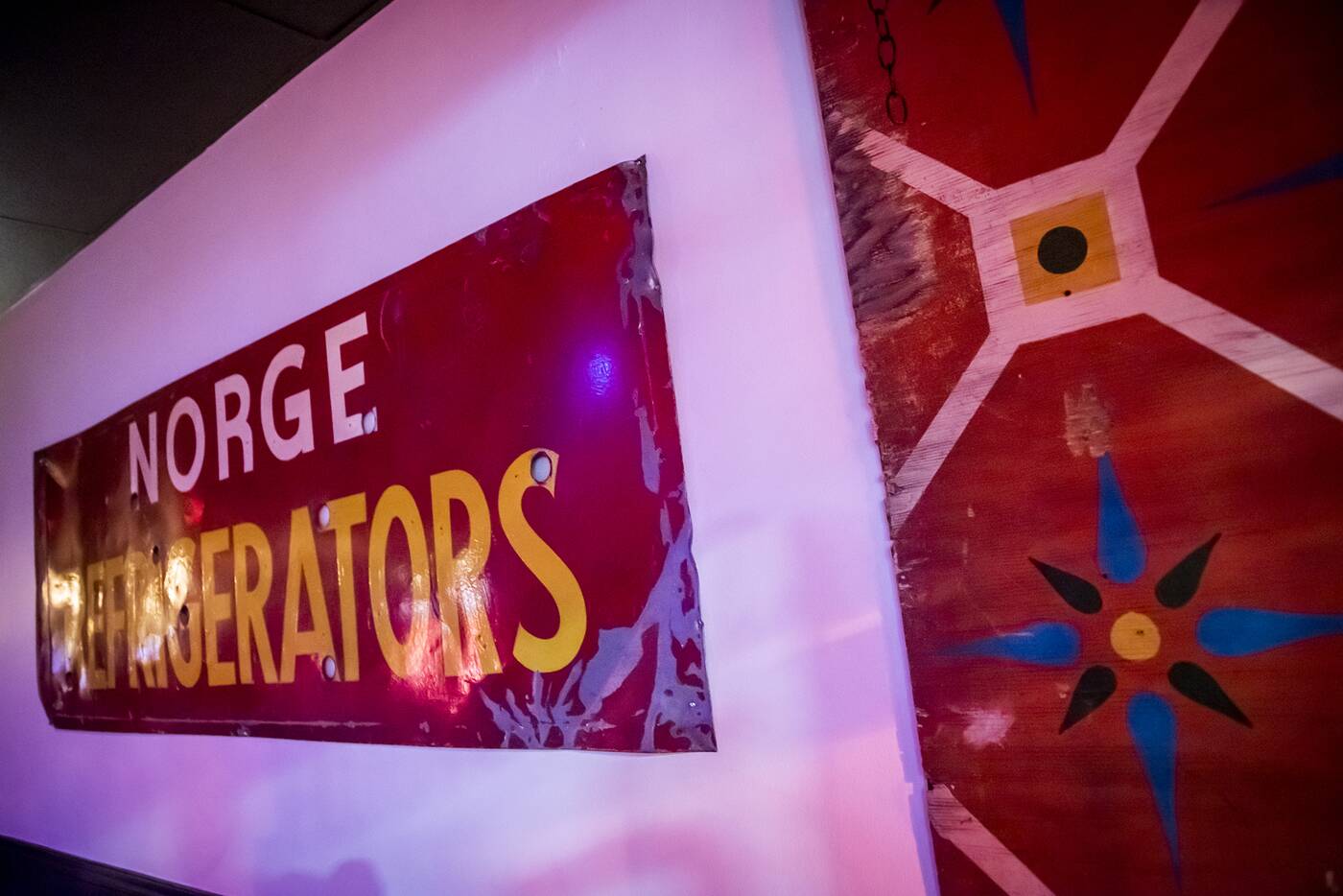 There’s never entry cover here, which speaks to the general M.O. of Houndstooth (and the secret to capturing the loyalty of Torontonian bar hoppers). 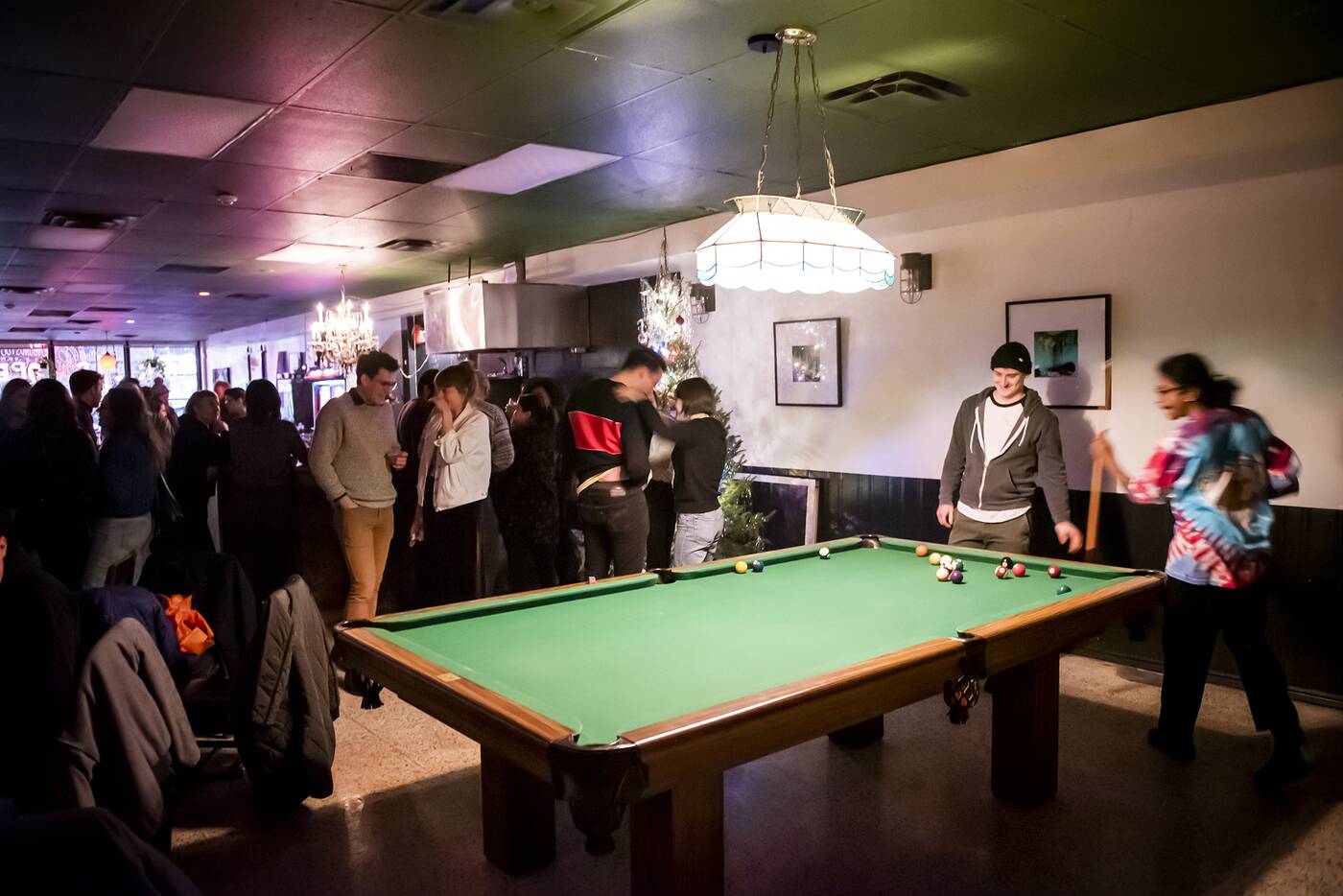 At any given time, the clientele ranges anywhere between university kids shooting pool to grizzled men pounding back beers in the booths after a night of roughing it out, while weird sounds of local DJs play to the enjoyment of everyone.

“I think you shouldn’t have to have a lot of money to afford to go out,” says co-owner Matthias Marin. 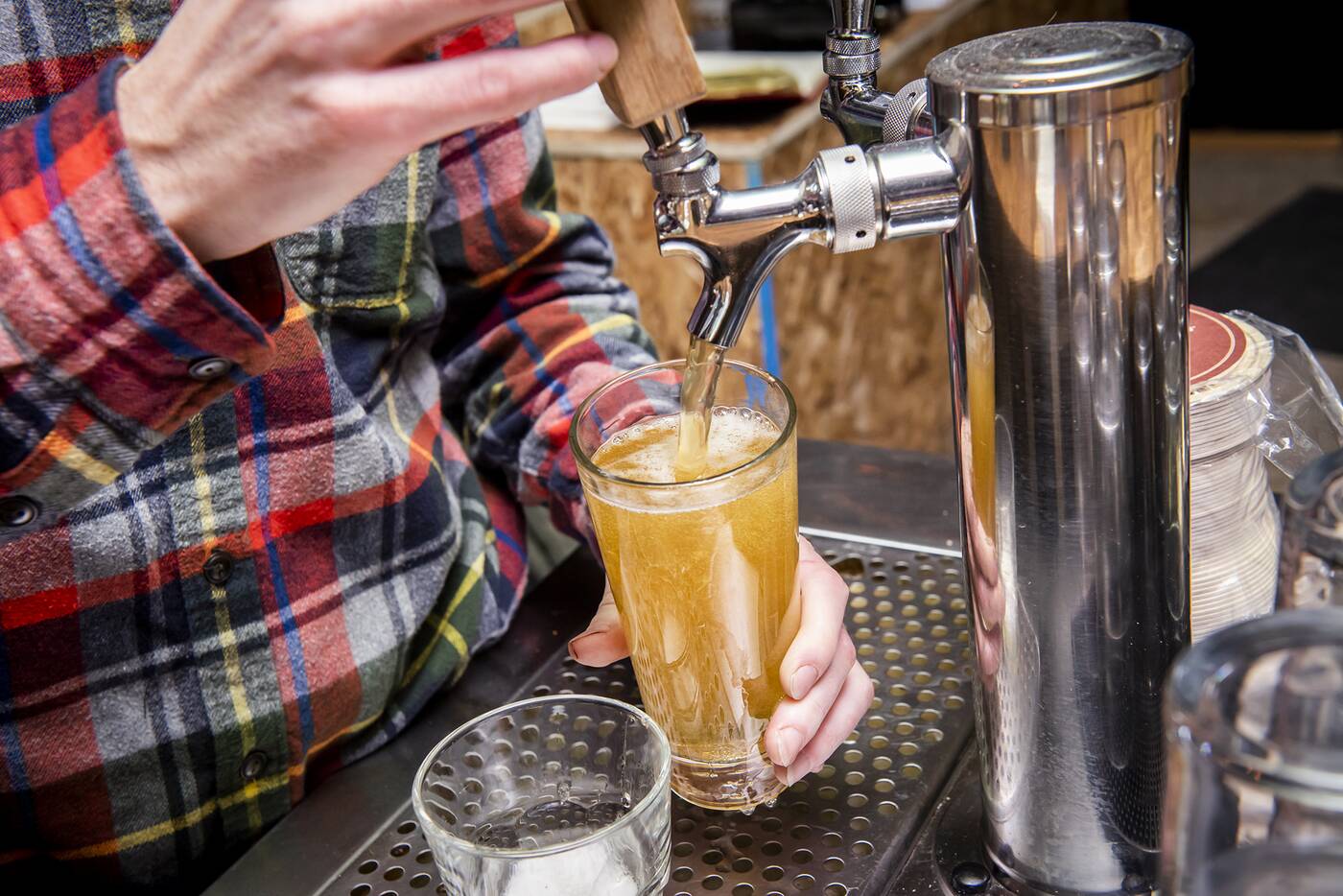 Collectively between the two of them, Marin and Gray have at least a score of quintessential cafes and bars worked between them, like Ronnie’s, Pamenar, and Squirly’s, along with others that have faded into Toronto history. 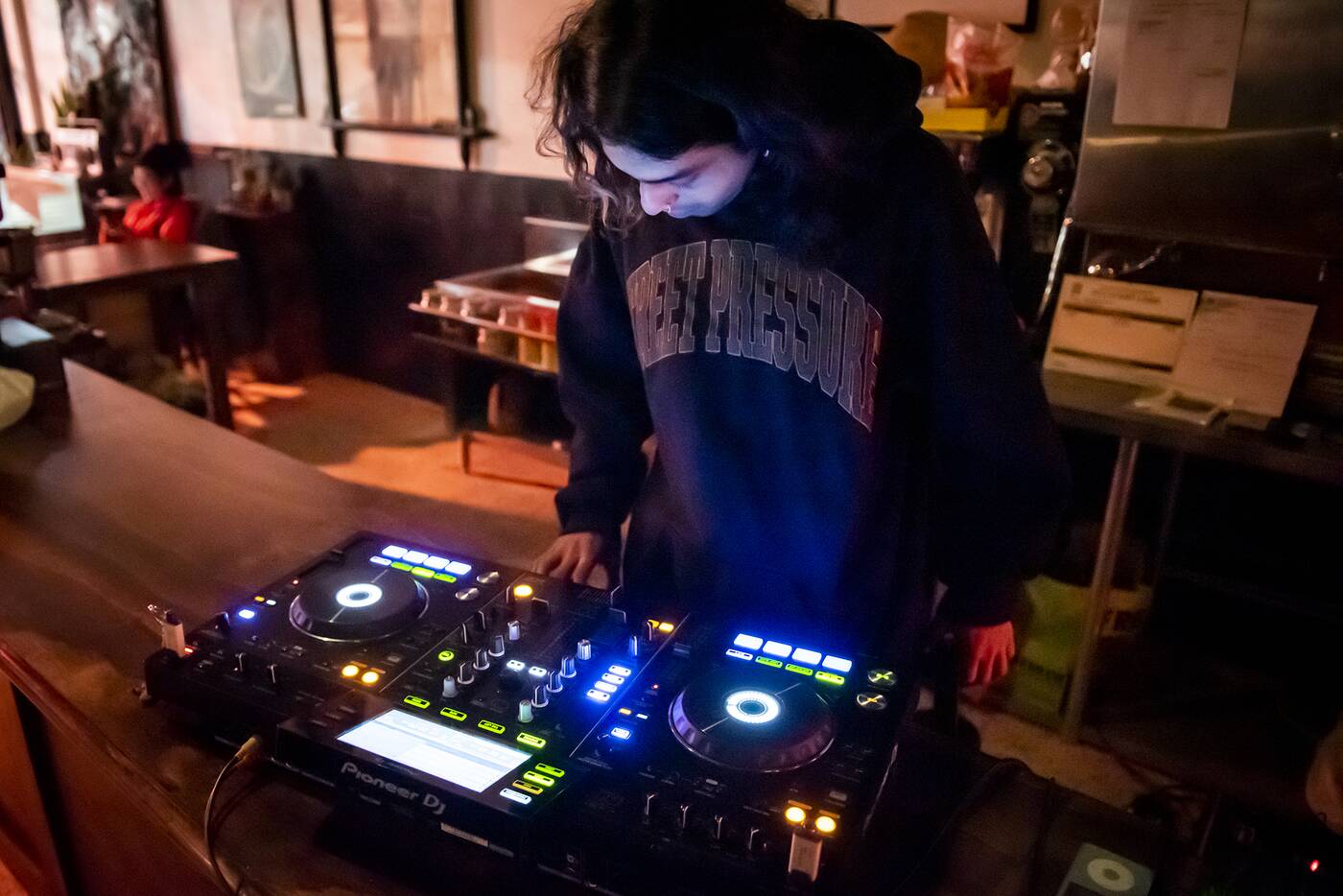 The original Houndstooth, which first opened in 2018, only existed on Cecil Street for about half a year (living out the tail-end of previous bar Sonic’s lease). But during that time, it set a certain benchmark for local watering holes with a degree of laidbackness and a sweet, sweet patio.

“It was the petri dish for this space,” says Gray. “We wouldn’t have had the guts to take on this space if not for that one.” 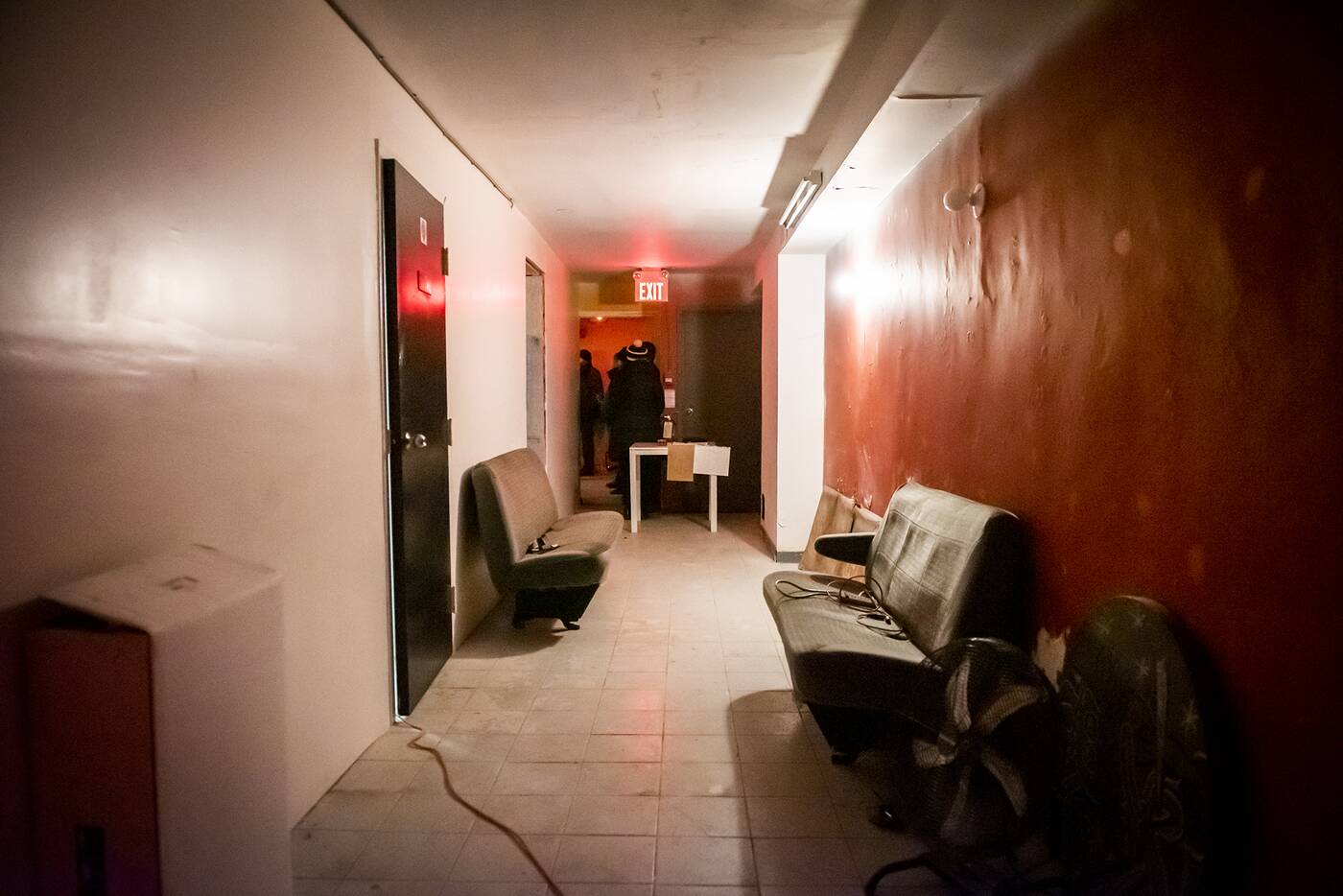 But better than Maderas-provided roasts and Beau's on tap is the fact that, below the 90-capacity bar, is a 2,000-square-foot glimmer of hope for Toronto’s wrecked music venue scene. 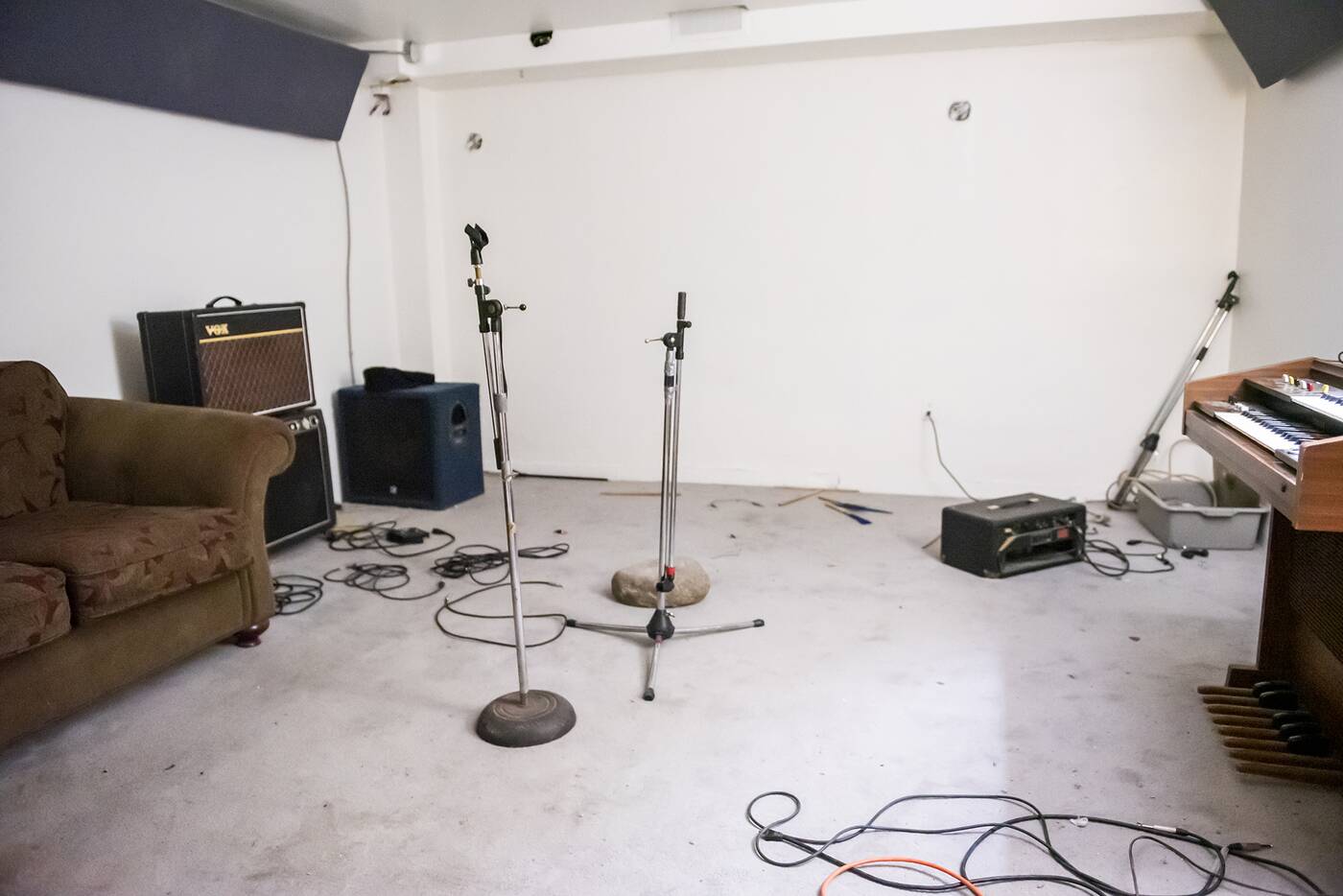 The basement (previously used for “unsavoury” purposes, a.k.a. a gambling den) is now a bare bones hallway furnished with old van car seats, where you’ll find an unpolished yet fully equipped-rehearsal space that's available from 10 a.m. to midnight daily. 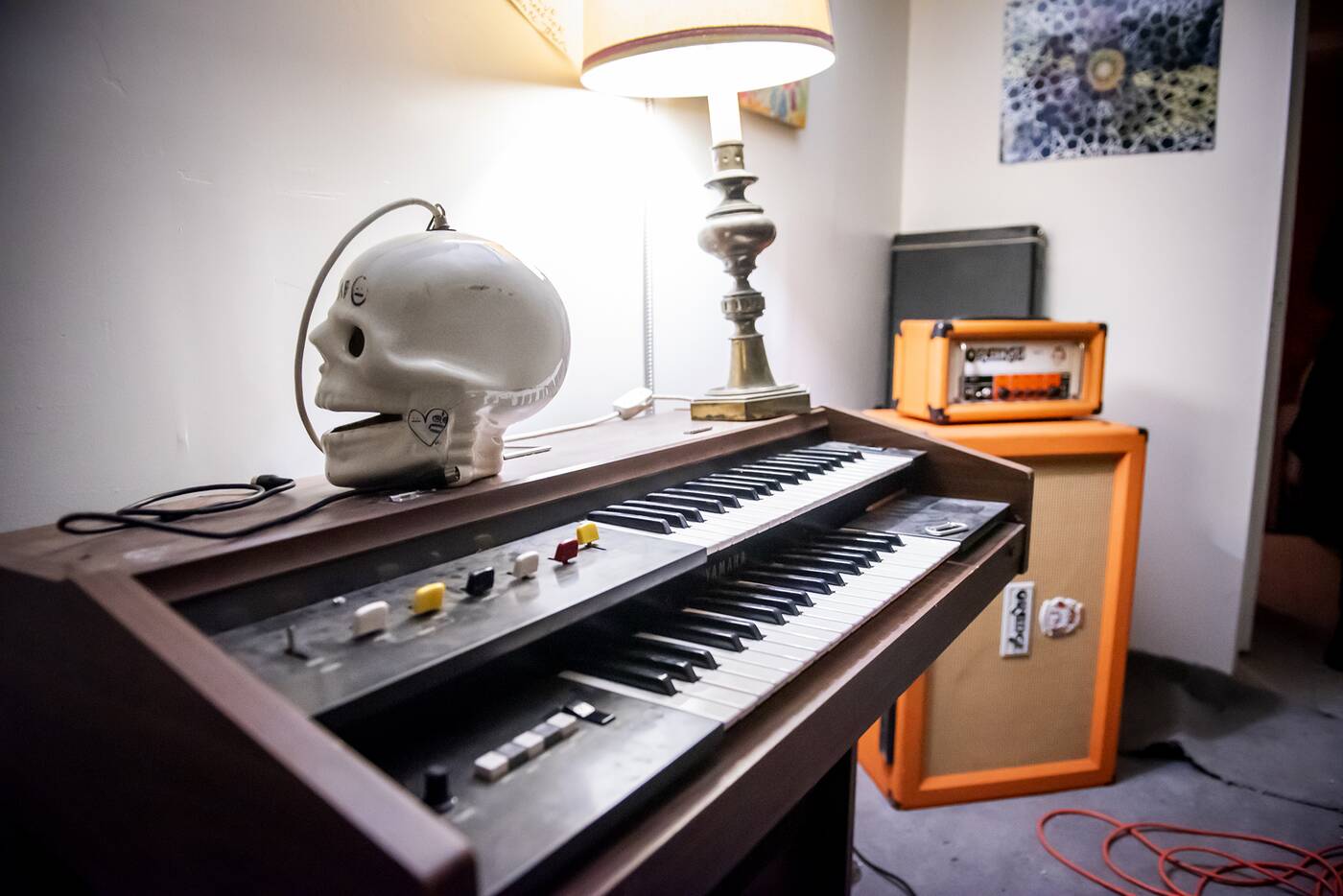 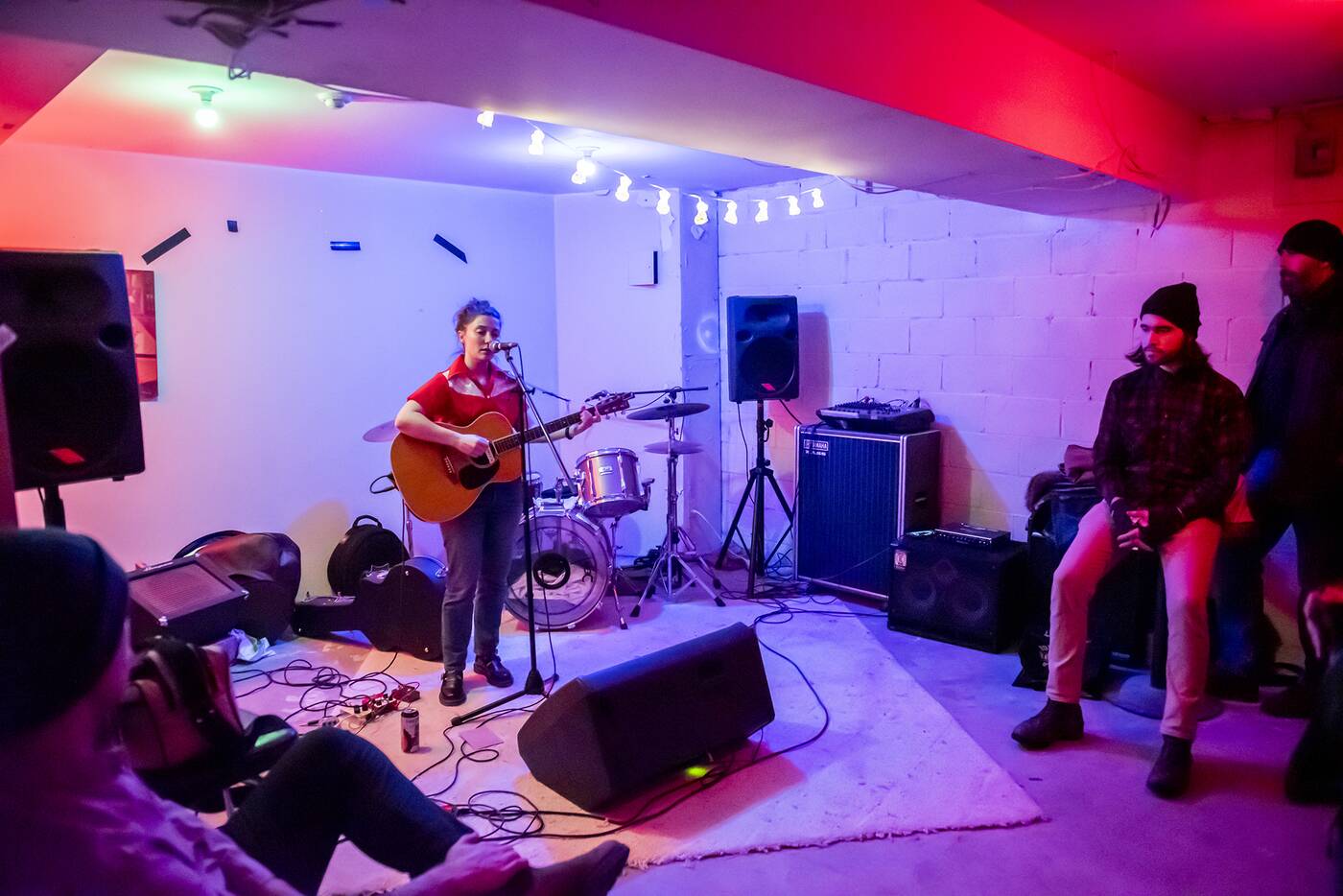 Around the corner is a third room, the DIY space, introducing a tiny but promising new space for small concerts that costs $100 a night. Performers can opt to charge their own cover, where they can pocket all the proceeds rather than having a cut go to the bar. 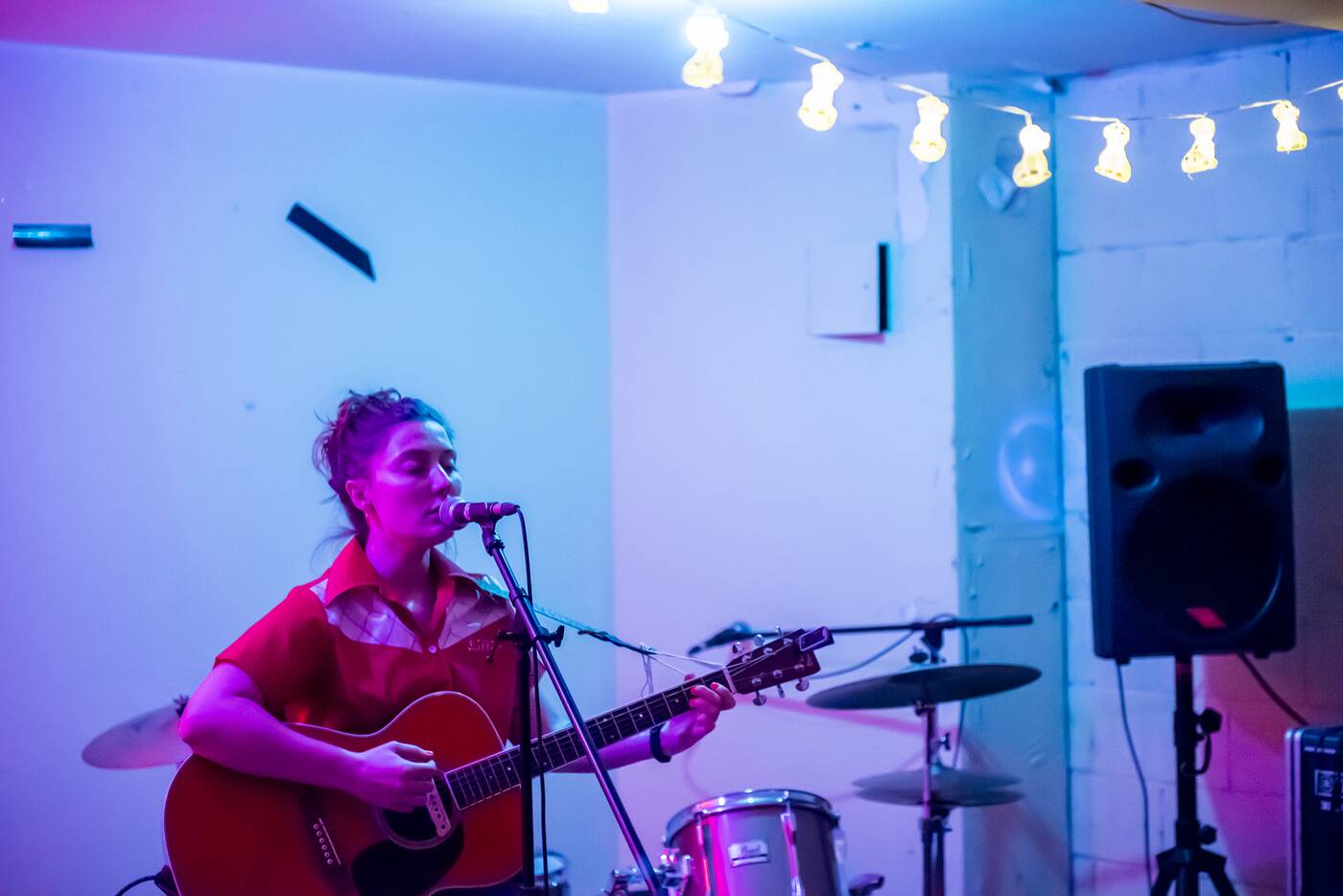 The day we visit, it’s the sounds of Alexandra Babiak filling the space, like an angelic voice calling out from an oddly hellish, yet very Toronto, hole in the ground, and everyone gathers like moths to a flickering flame. 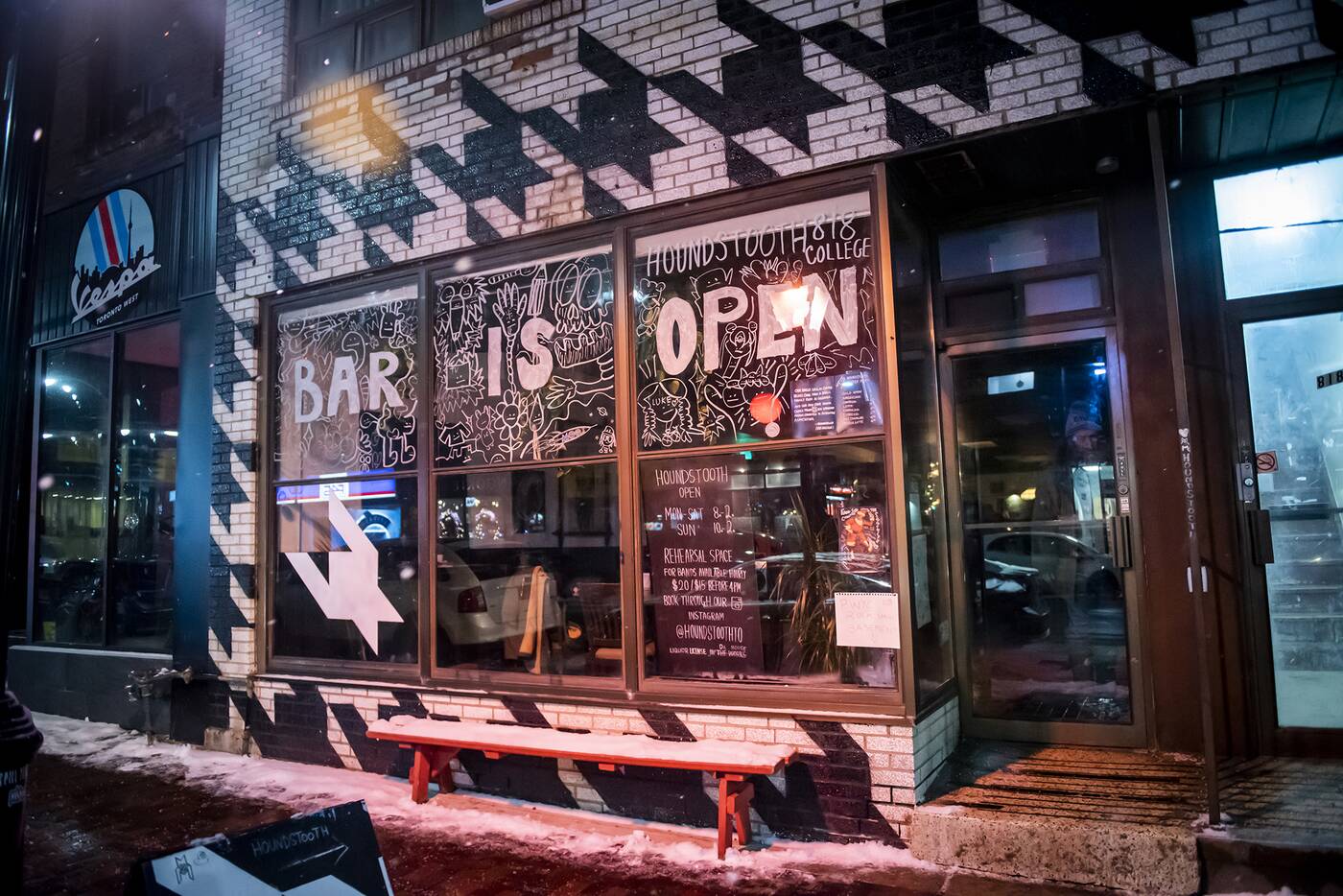