MAV is a nightclub hidden inside Northern Maverick Brewing Company. In truth, it's the same space but on Friday and Saturday nights, the brewpub transforms into something completely different.

The space obviously has the same specs as the brewpub, but as MAV they’ve curtained it into little areas. 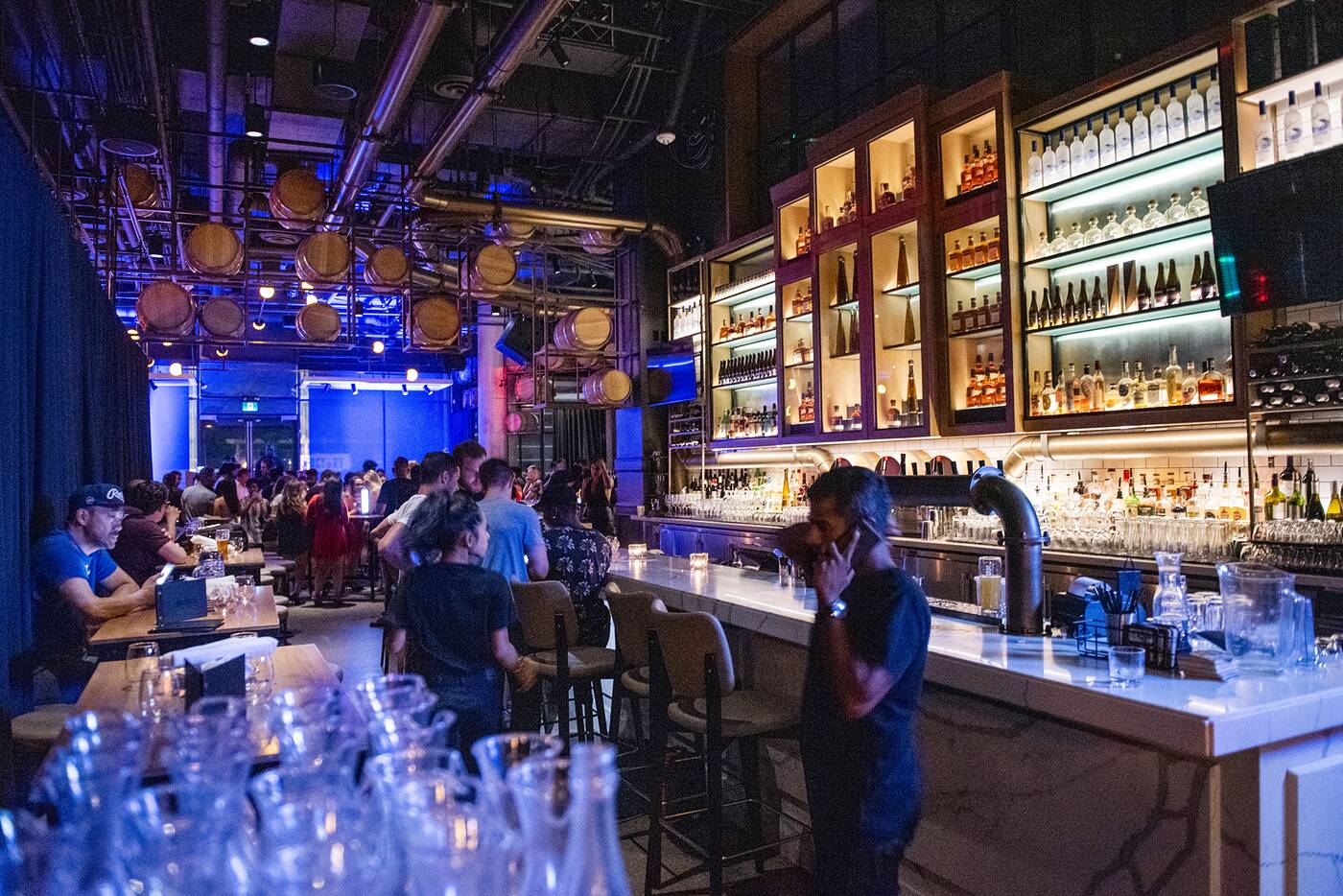 There's seating for people who need sustenance alongside their Stolichnaya, high tables for people who want to do more conversing than chugging, and the traditional nightclub setup with a dance floor and bottle service booths. 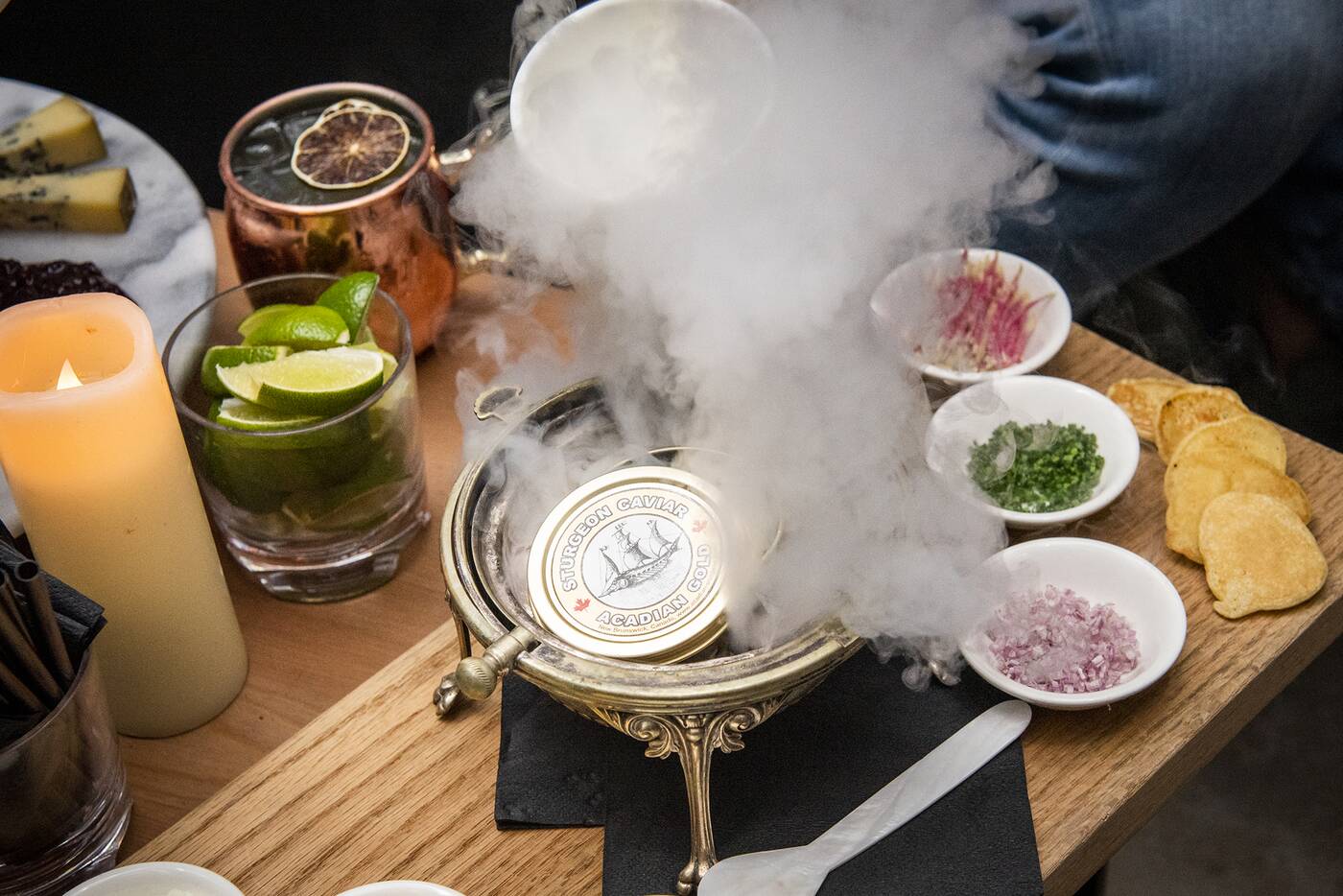 Unlike some clubs that have bags of chips at the bar (basic minimum), small plates (never enough), bar snacks (essentially a children’s menu with adult prices), MAV serves their entire food menu until close, plus complimentary truffle popcorn on each table for snacking. 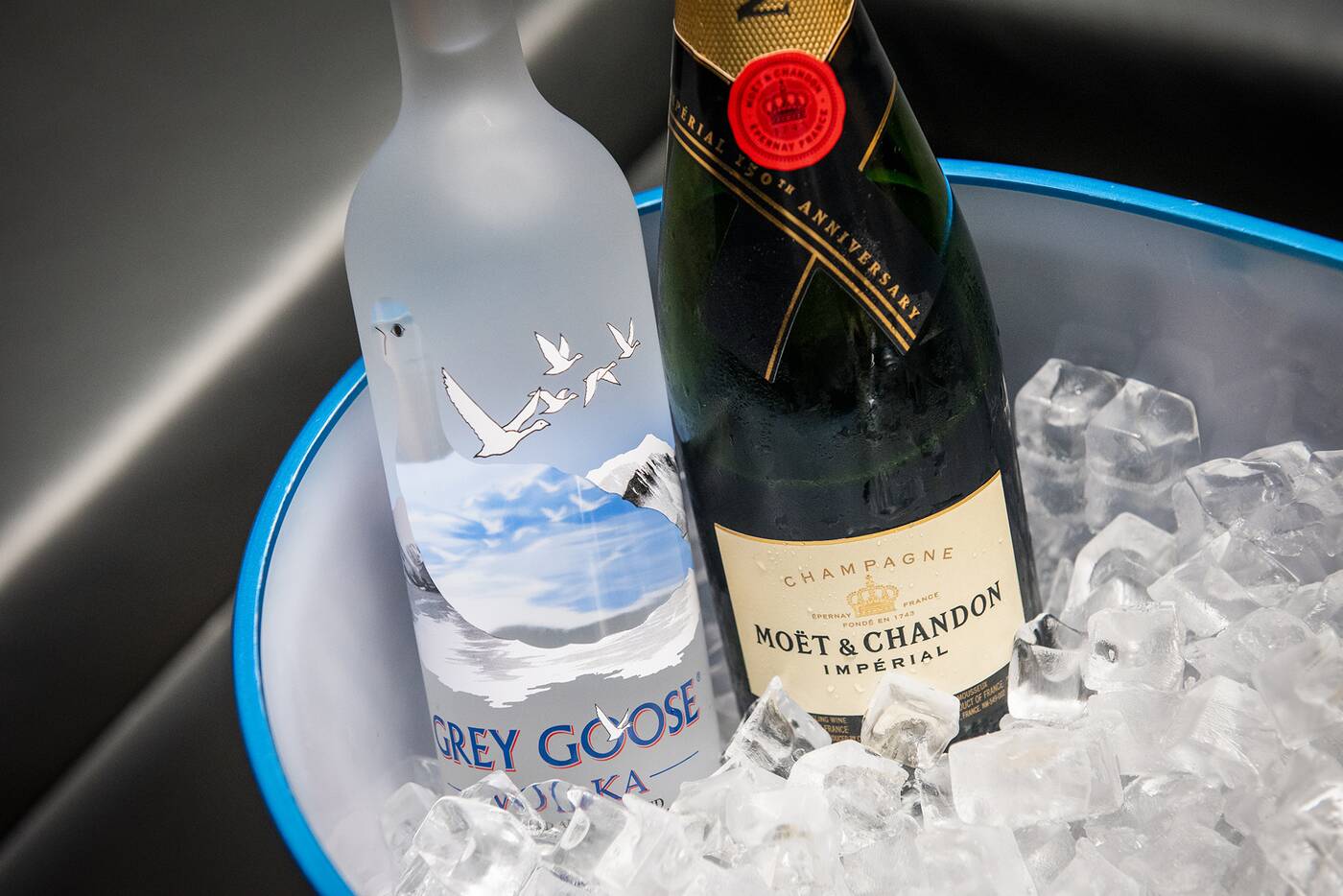 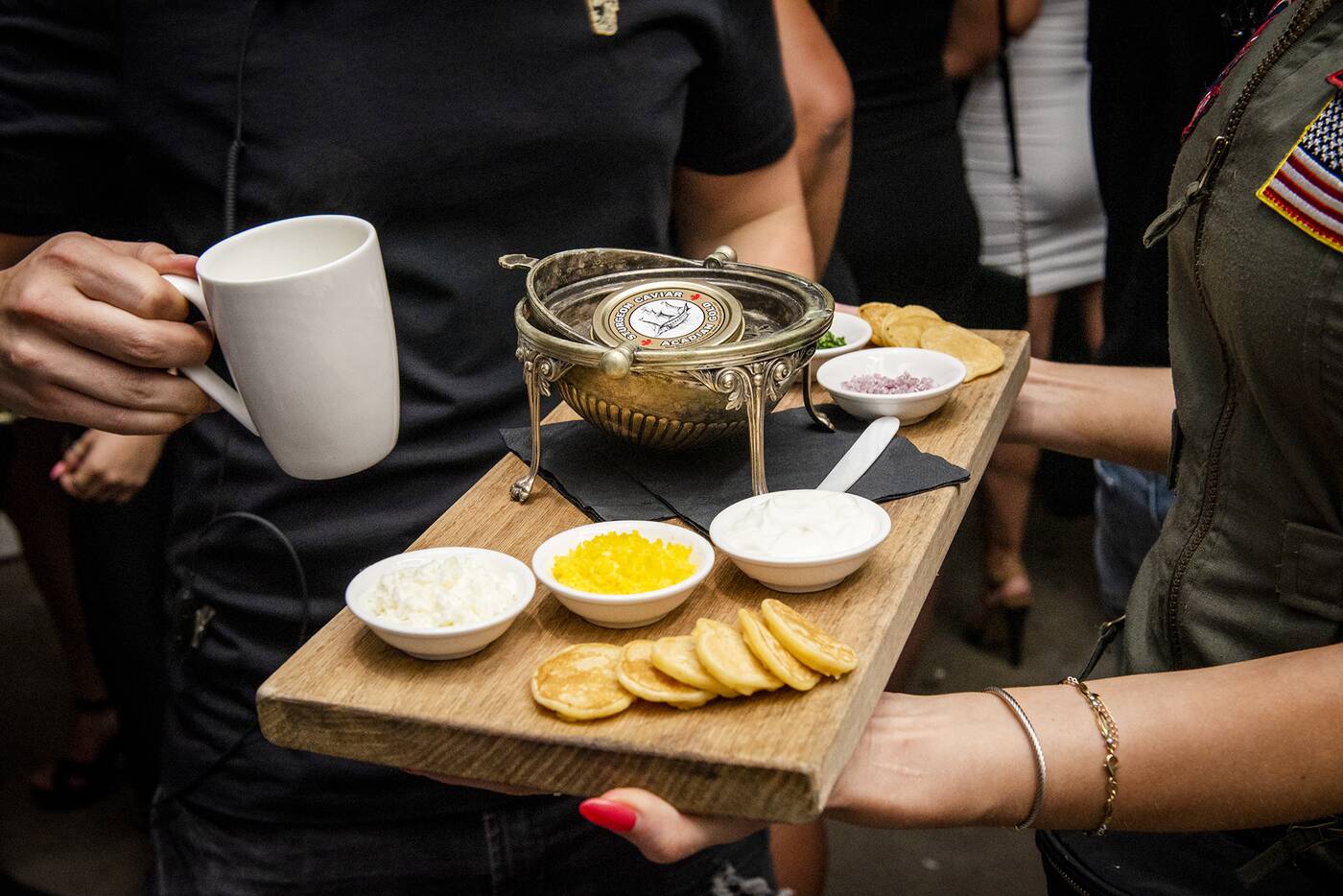 I sampled the aforementioned caviar and the artisanal cheese tower, and they were both truly divine. 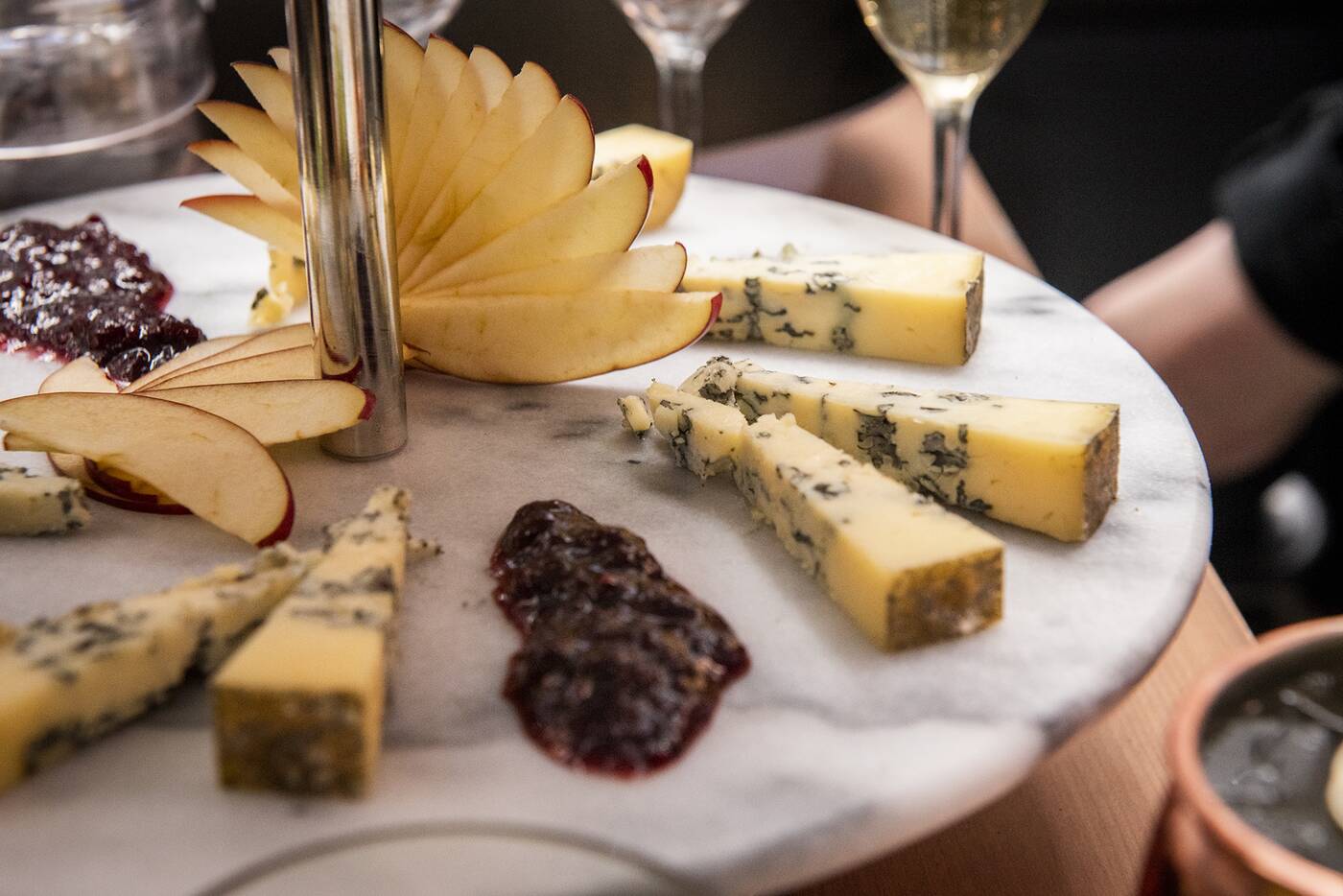 The cheeses were all sourced locally from Ontario and Quebec fromageries, and it was such a nice change to tuck into a delicious brie and a cocktail instead of my normal nightclub fare of a vodka soda and discreet hits from a juul belonging to whatever teen I could bully into sharing. 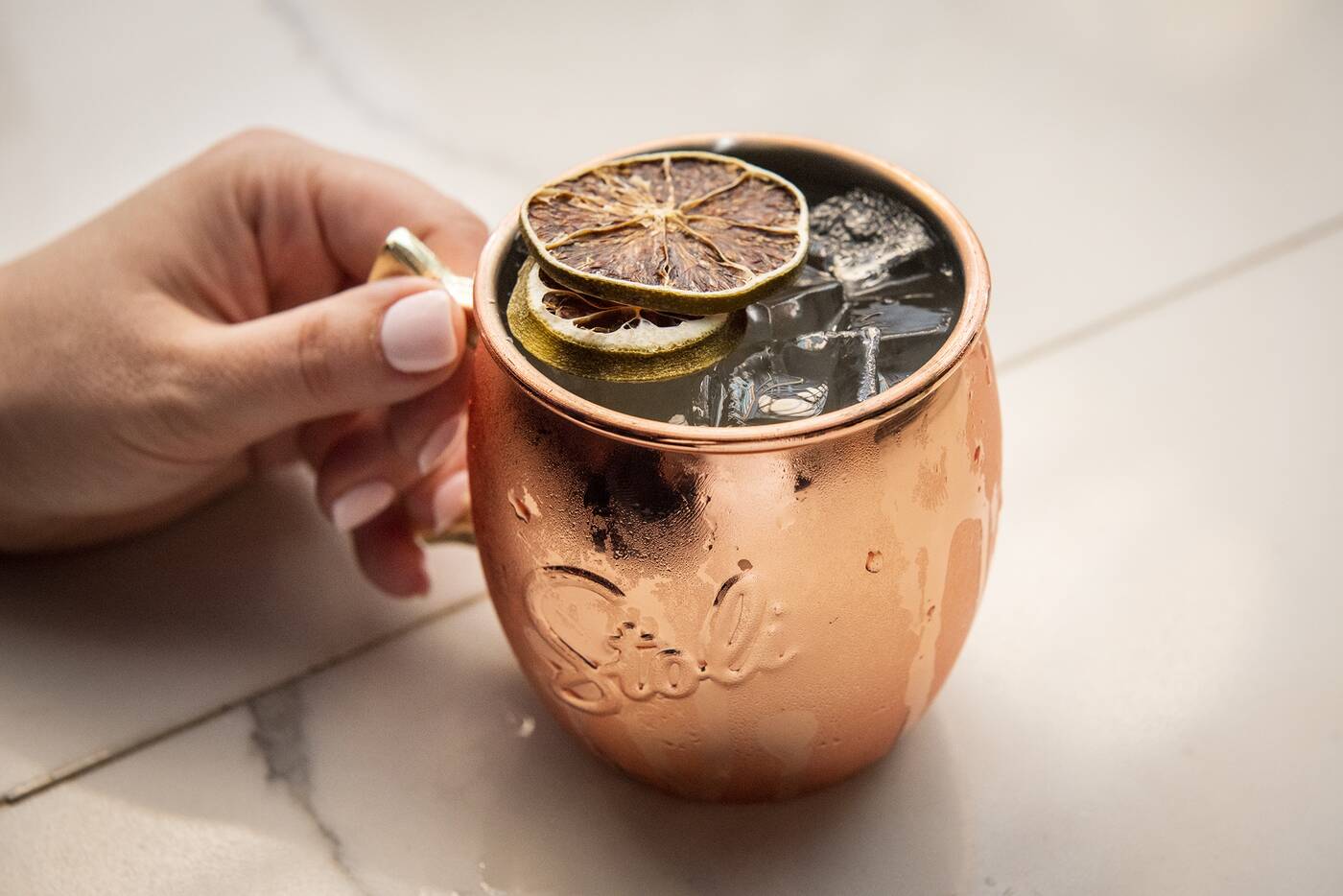 Aside from their bottles and signature beers, MAV boasts a complete cocktail menu. I had a Moscow Mule ($14), served correctly in a real copper mug.

The drink was refreshing, sweet but not too sweet, and the right amount of strong. Even better, it was served to me by a flair bartender who juggled the bottles and set small contained fires for my entertainment. 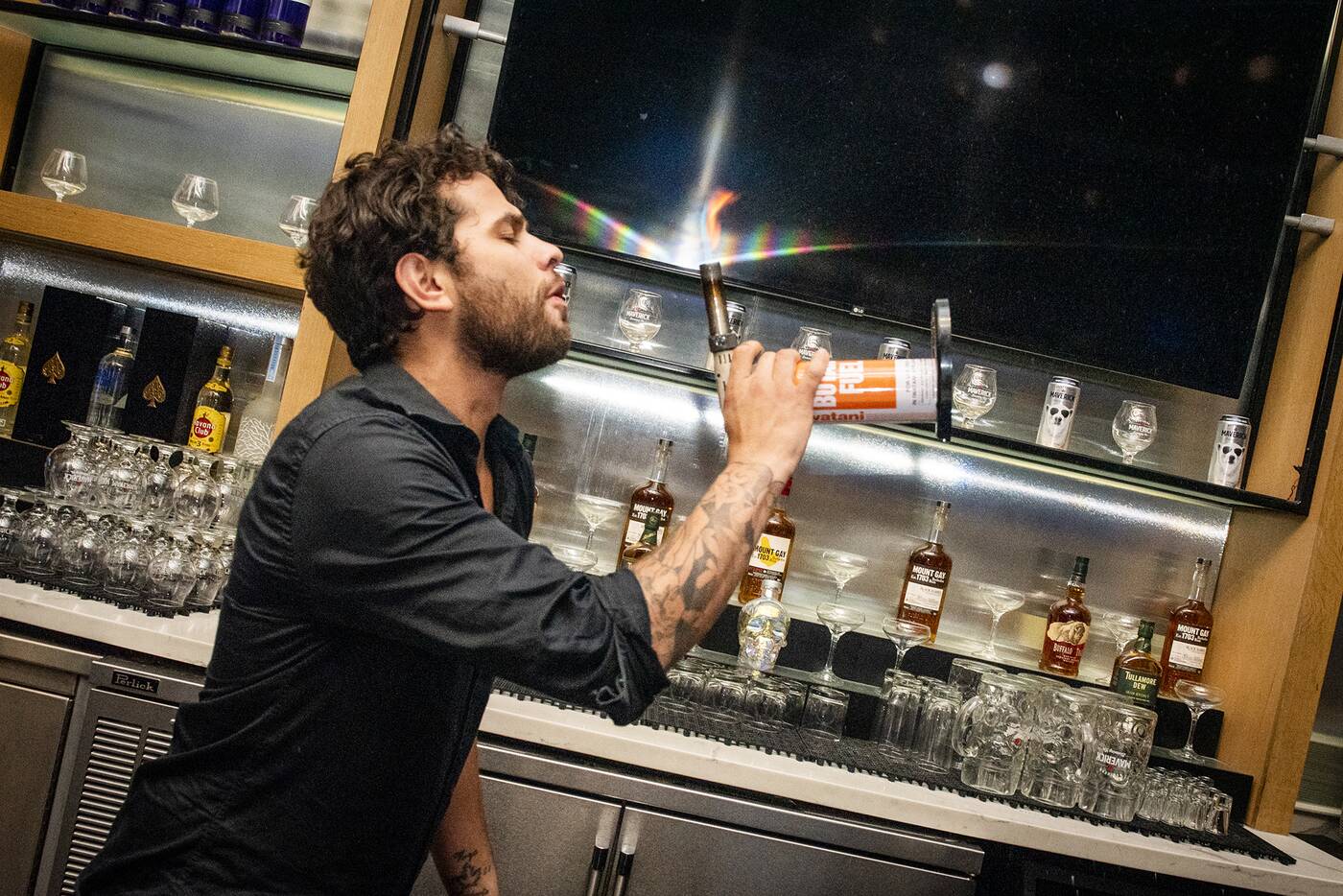 (Sidenote: why is flair restricted to just bartenders? Shouldn’t there be flair in every job? Why can’t there be a flair orthodontist who throws and catches your braces wires and fakes you out with retainer molds?) 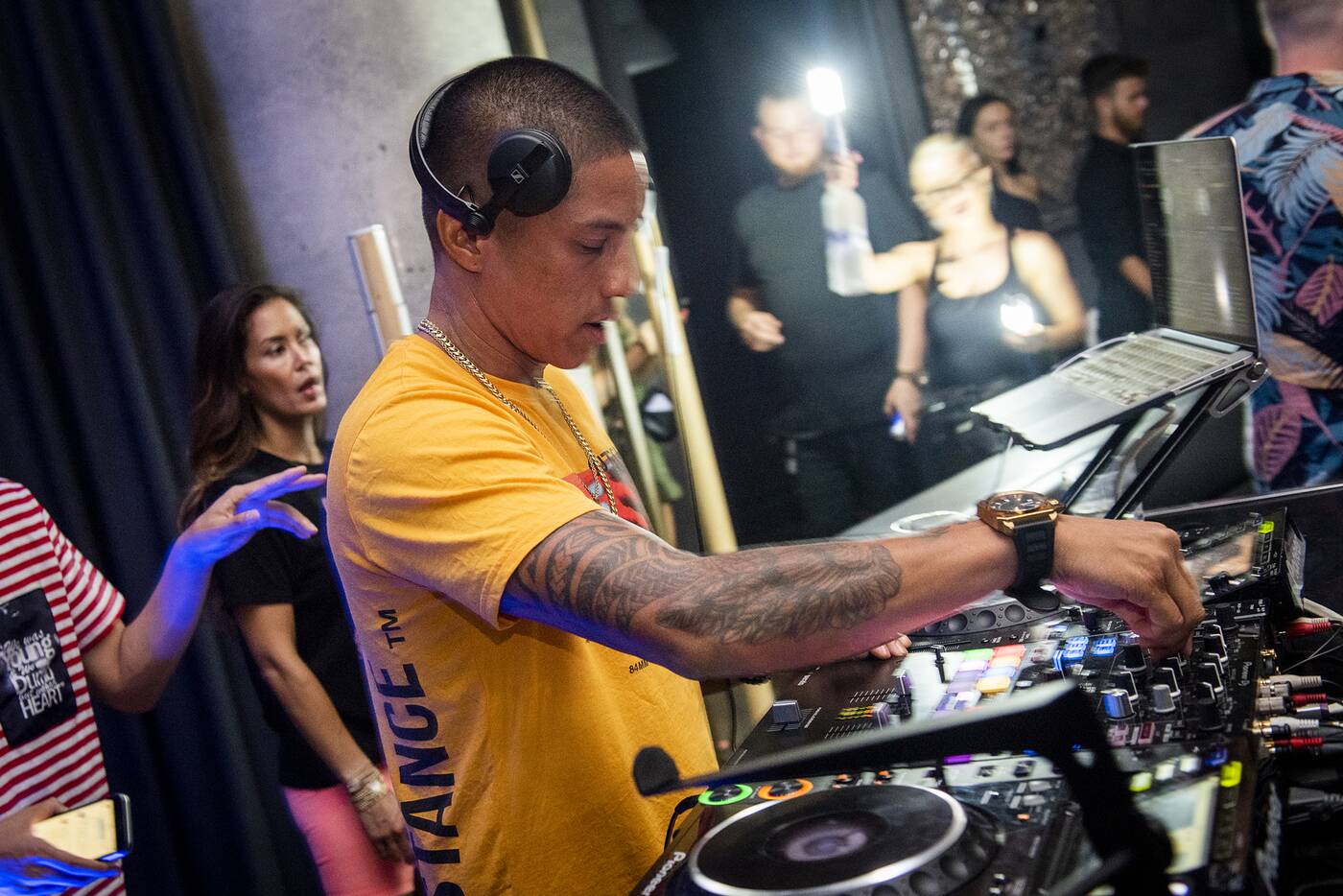 As the night got even later, the space completed its metamorphosis from brewpub to nightclub. The dance floor got sufficiently lit, with tons of drinking, dancing, and a trio of dinosaurs serving bottles as part of the Jurassic Park bottle package. 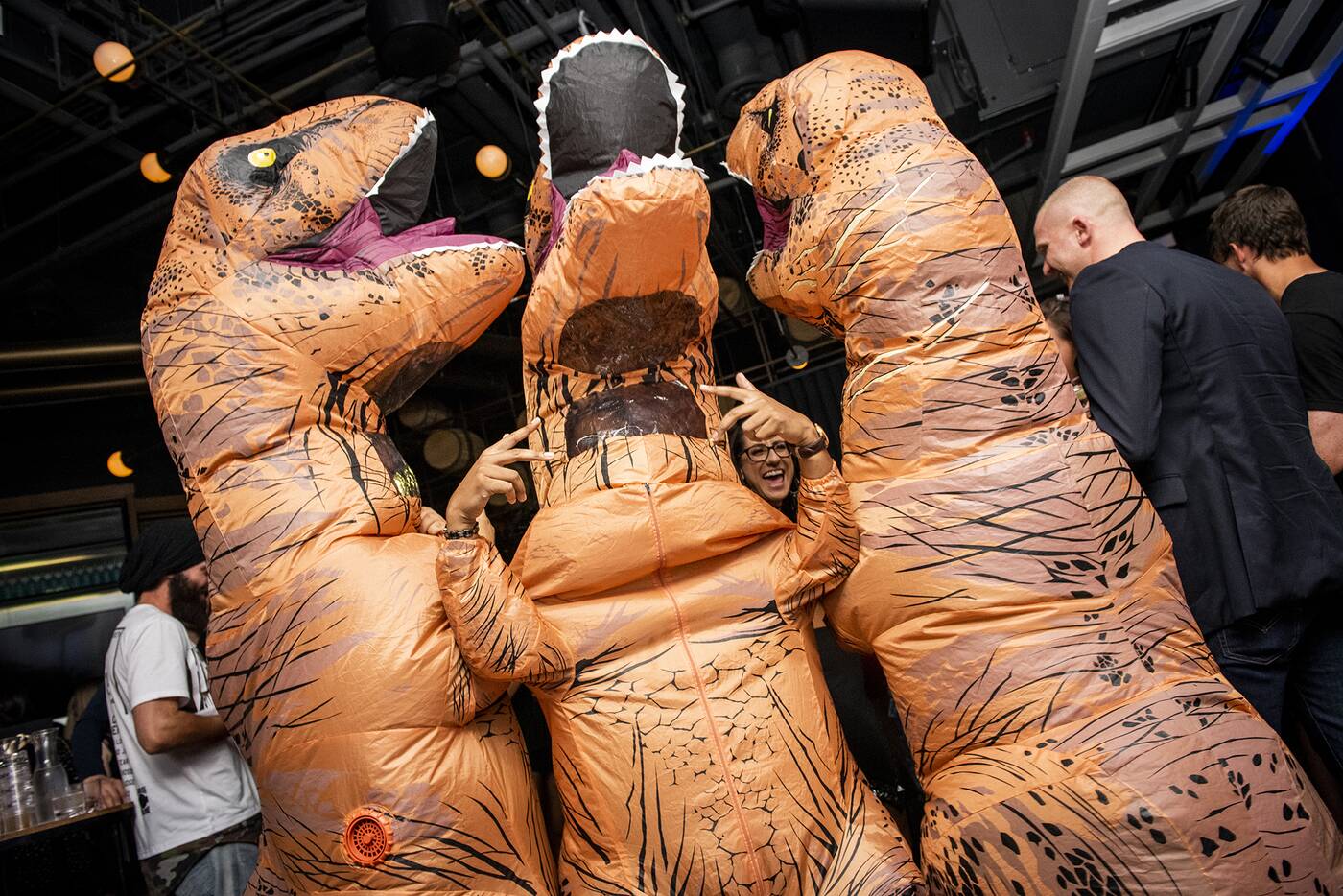 The vibe of partygoers seemed a bit more mature than the typical King West crowd with a nice relaxed and calm energy. 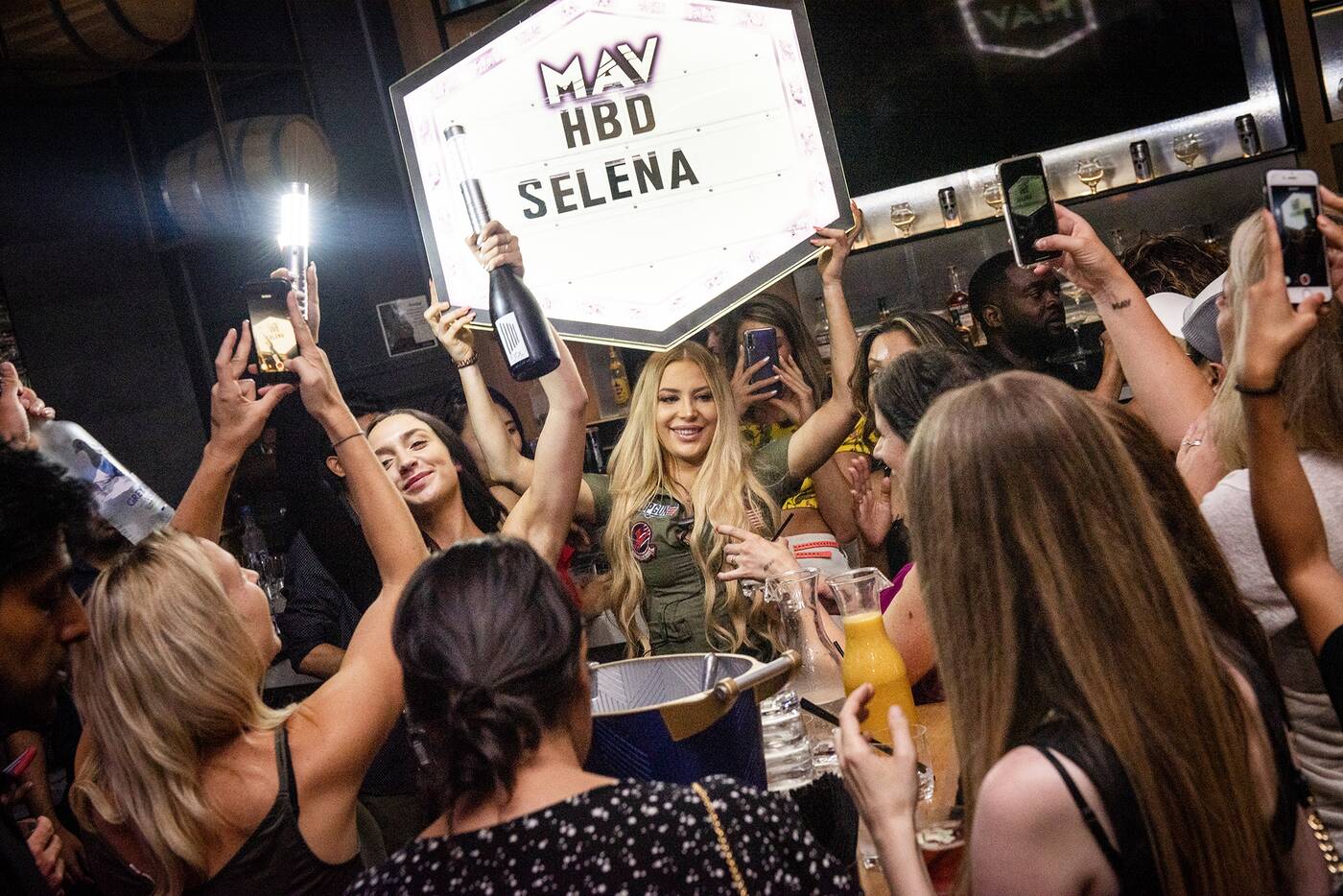 Everyone really seemed to be enjoying the music, the drinks, and themselves without any of the drama or bad drinking behaviour that can sometimes accompany a nightclub. 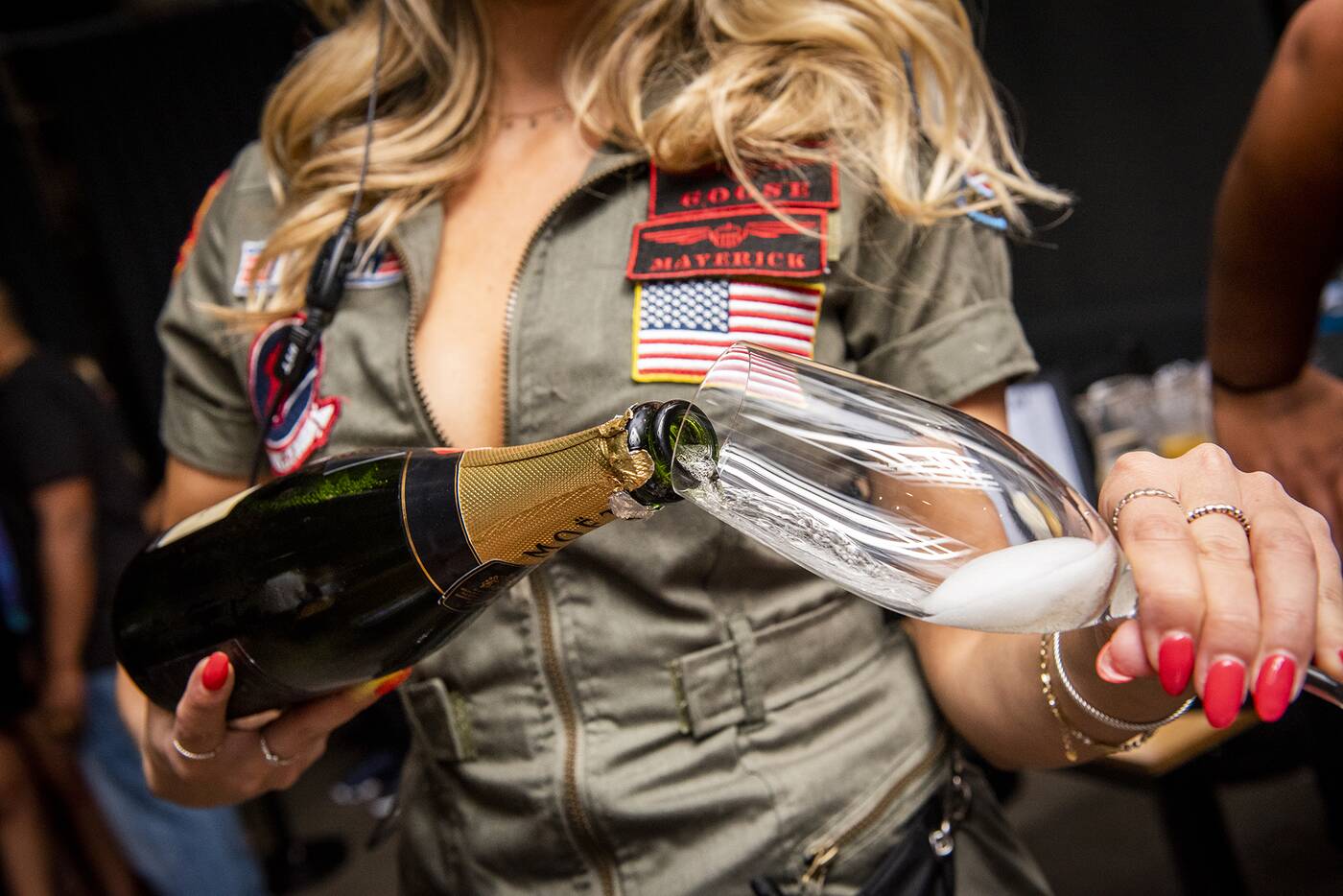 That tone, accompanied with the food and drinks, really makes MAV feel like an elevated version of a club for people who are done with traditional nightclubs. 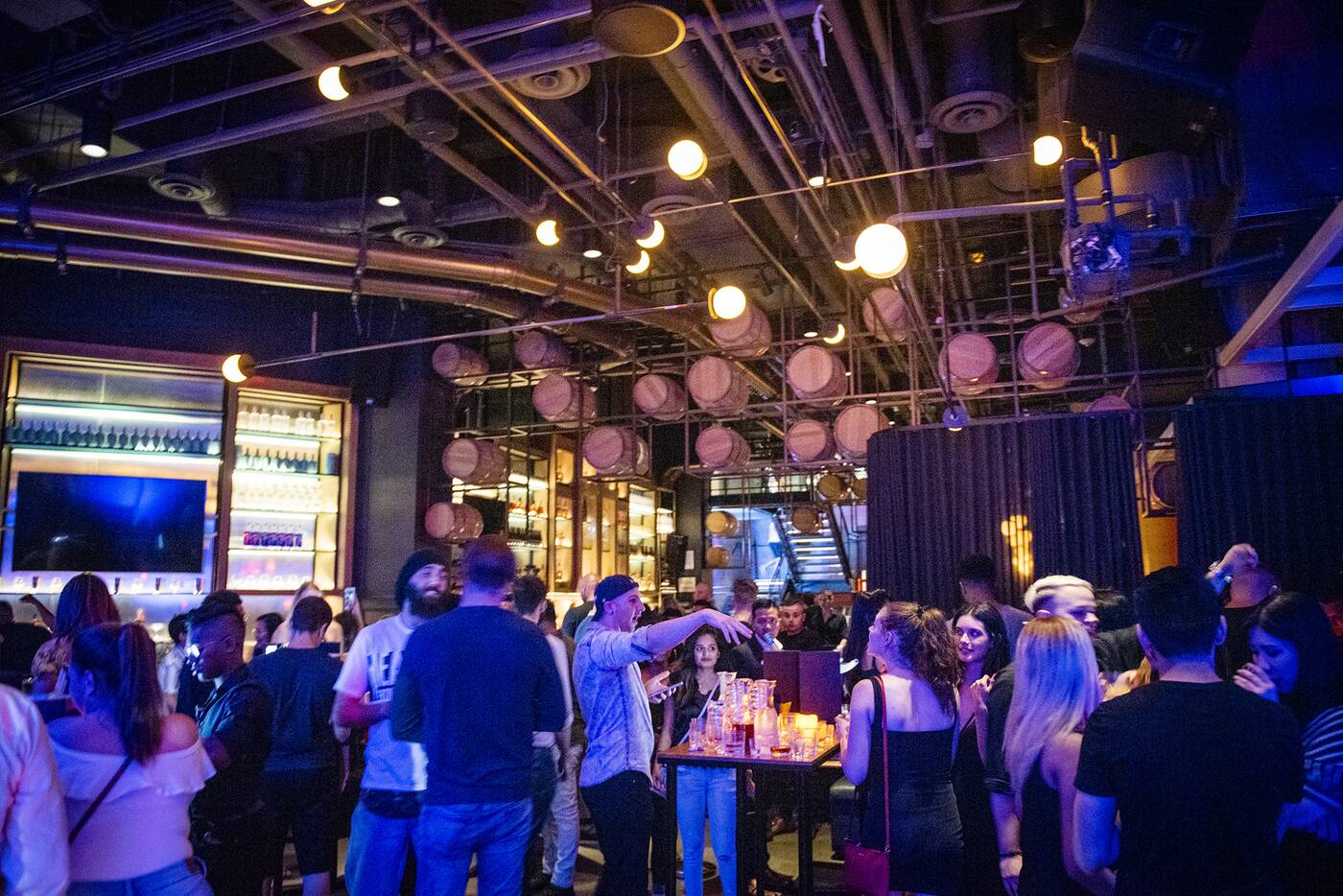 As we left and started walking down the street, I started to say how weird it was for me to be stepping out of a nightclub without automatically pulling up UberEats to order some fries. 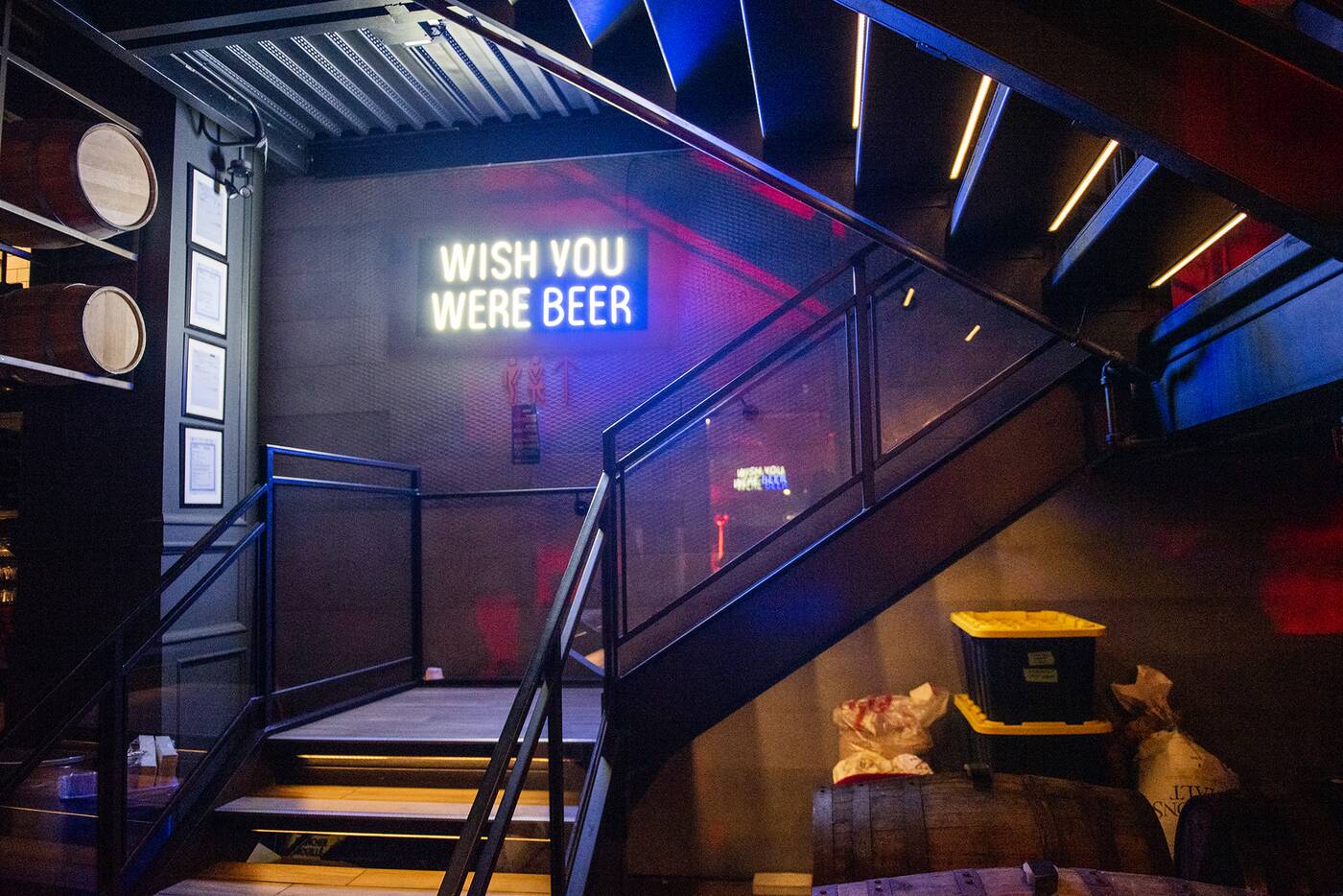 We were immediately interrupted by a girl who yelled at her friend and then leaned over to throw up. 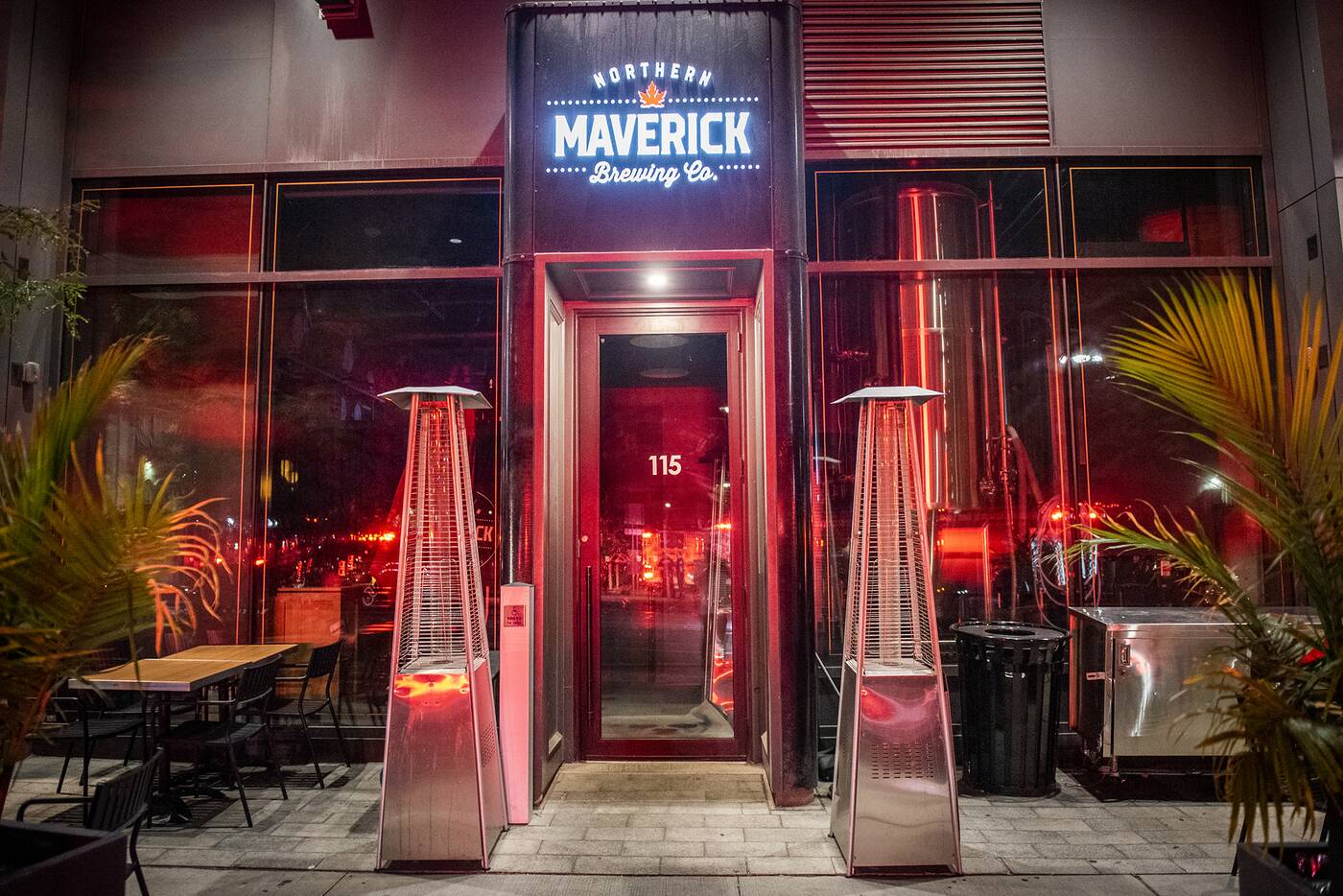