Lobby is a restaurant and bar located at Queen and Dovercourt. From the same people who brought Toronto Lavelle and Goldie, Lobby boasts cocktails, eats and gorgeous decor.

I visited Lobby late on a Friday night and it was already full. Stepping inside, Lobby is stunning. It’s a large open space with booths around the perimeter and a mezzanine toward the back of the space, with one long bar along the side. 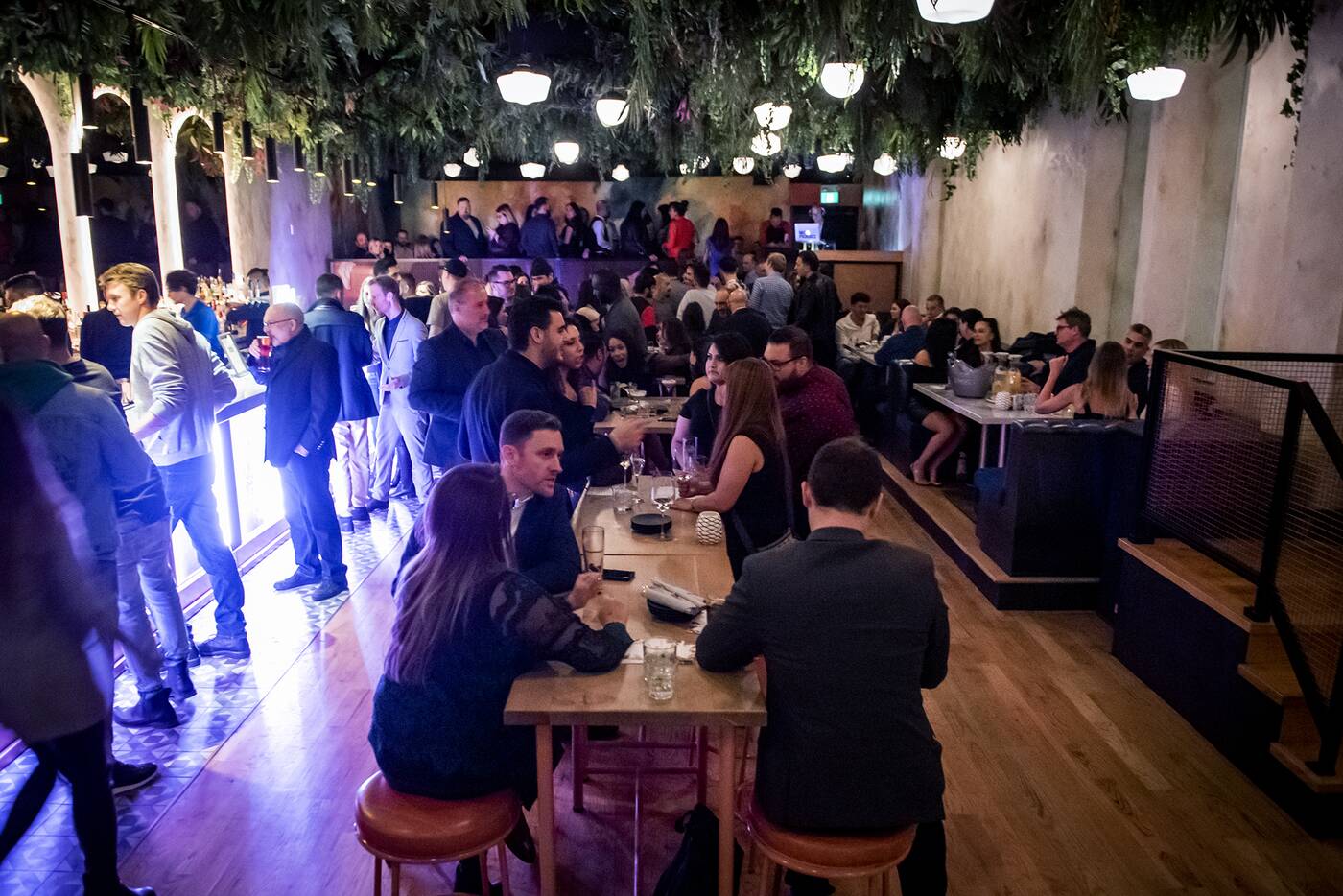 It’s decorated with tons of lush greenery, and the furniture and walls together evoke the colours of a sunset. It looks exactly like a very high-end resort (or how I’m pretty sure a high-end resort looks, based on the true crime documentary reenactments I’ve seen). 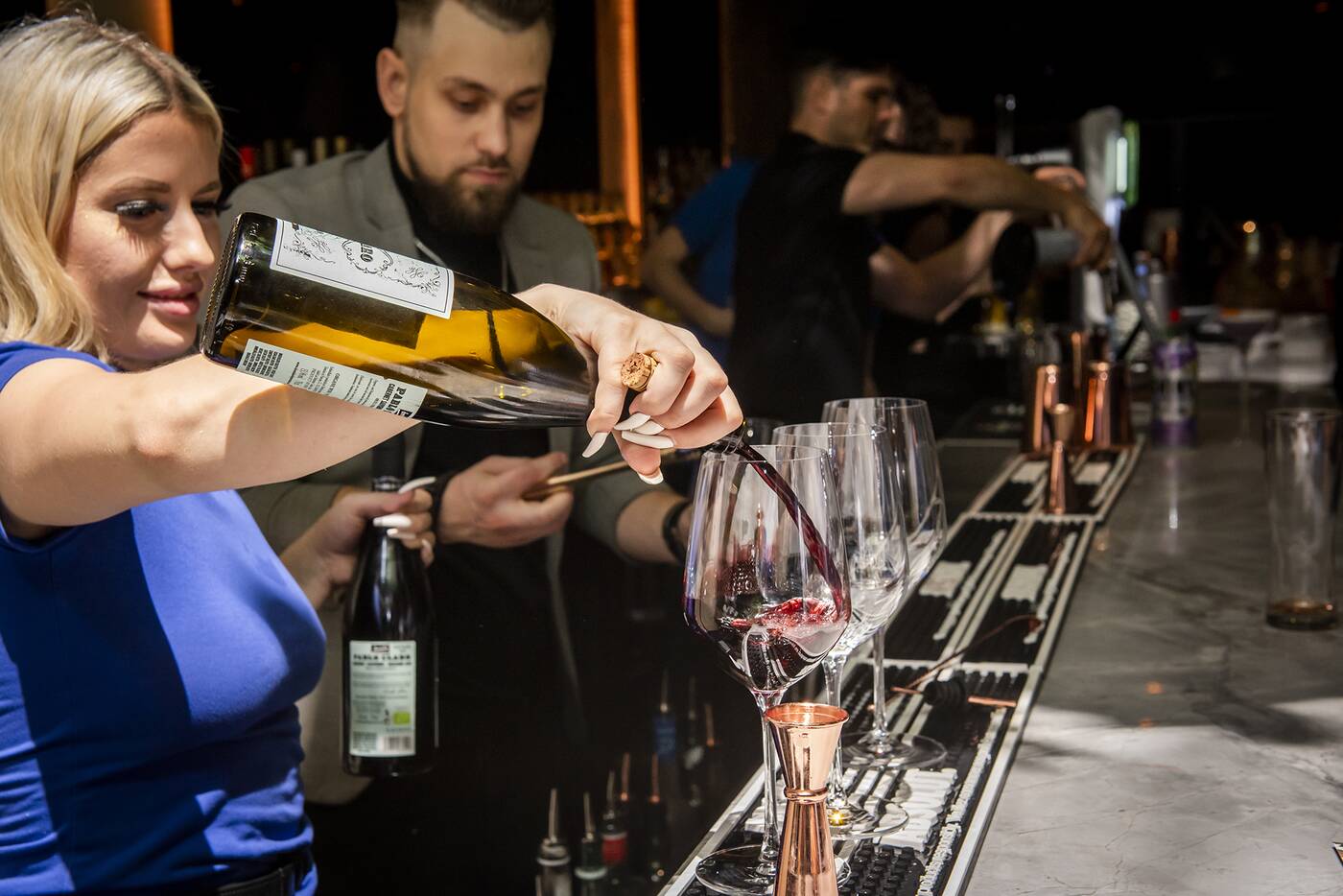 The most impressive part is the green ceiling, which is totally covered in beautiful lush plants. They’re fake so they can’t die, I’m told, which is a phrase I repeated to myself so often throughout the night I wrote it down so I could finally explain to my therapist why I can’t open up. 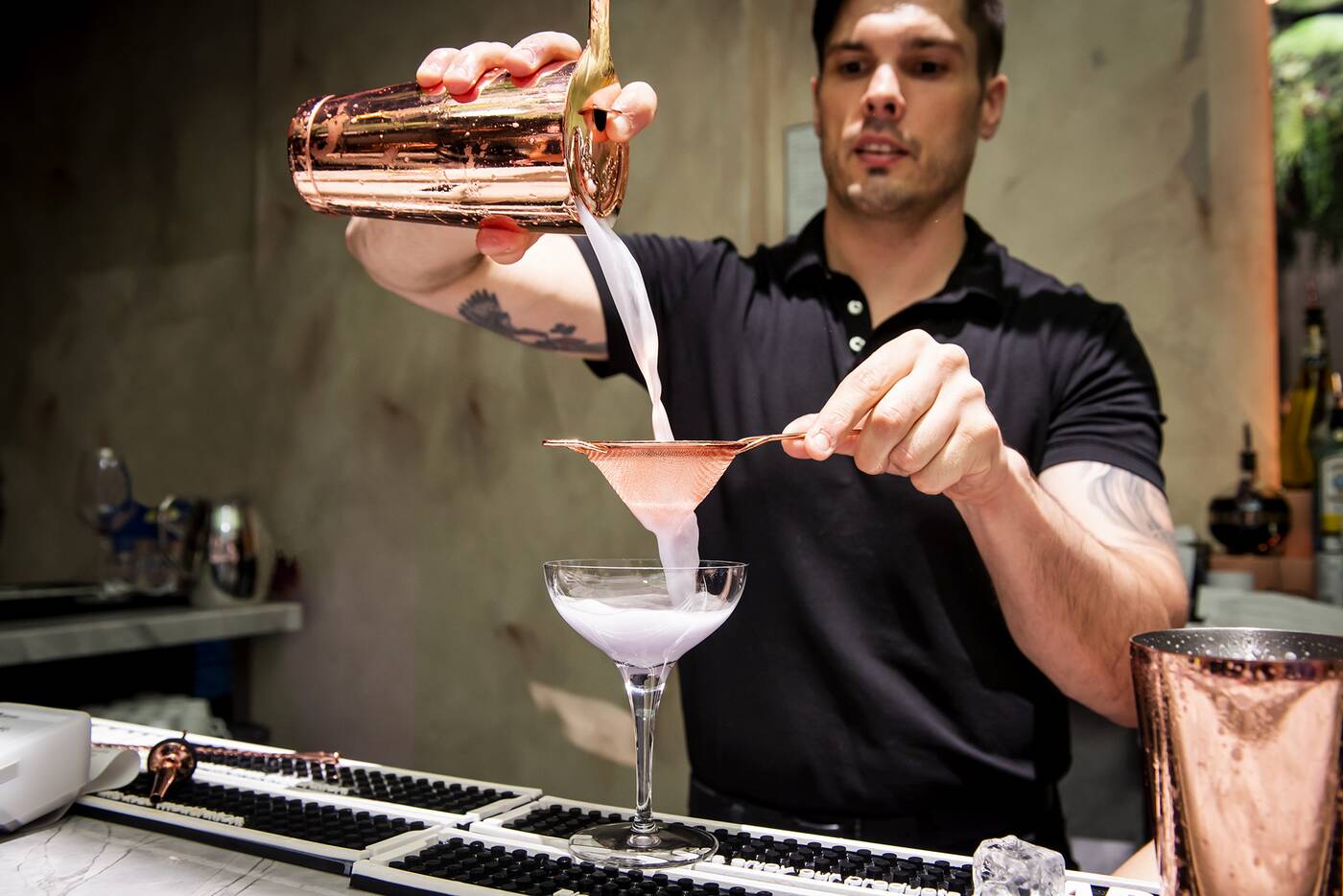 Lobby has beer and a full wine list, but their cocktails are where it’s at, with specialty crafted recipes and high quality ingredients.

I chose the Vanilla Sky ($18). It’s a mix of bourbon, vermouth, cherry syrup and bitters, plus the smoke of a wood plank that they casually set on fire at the bar just for this drink. 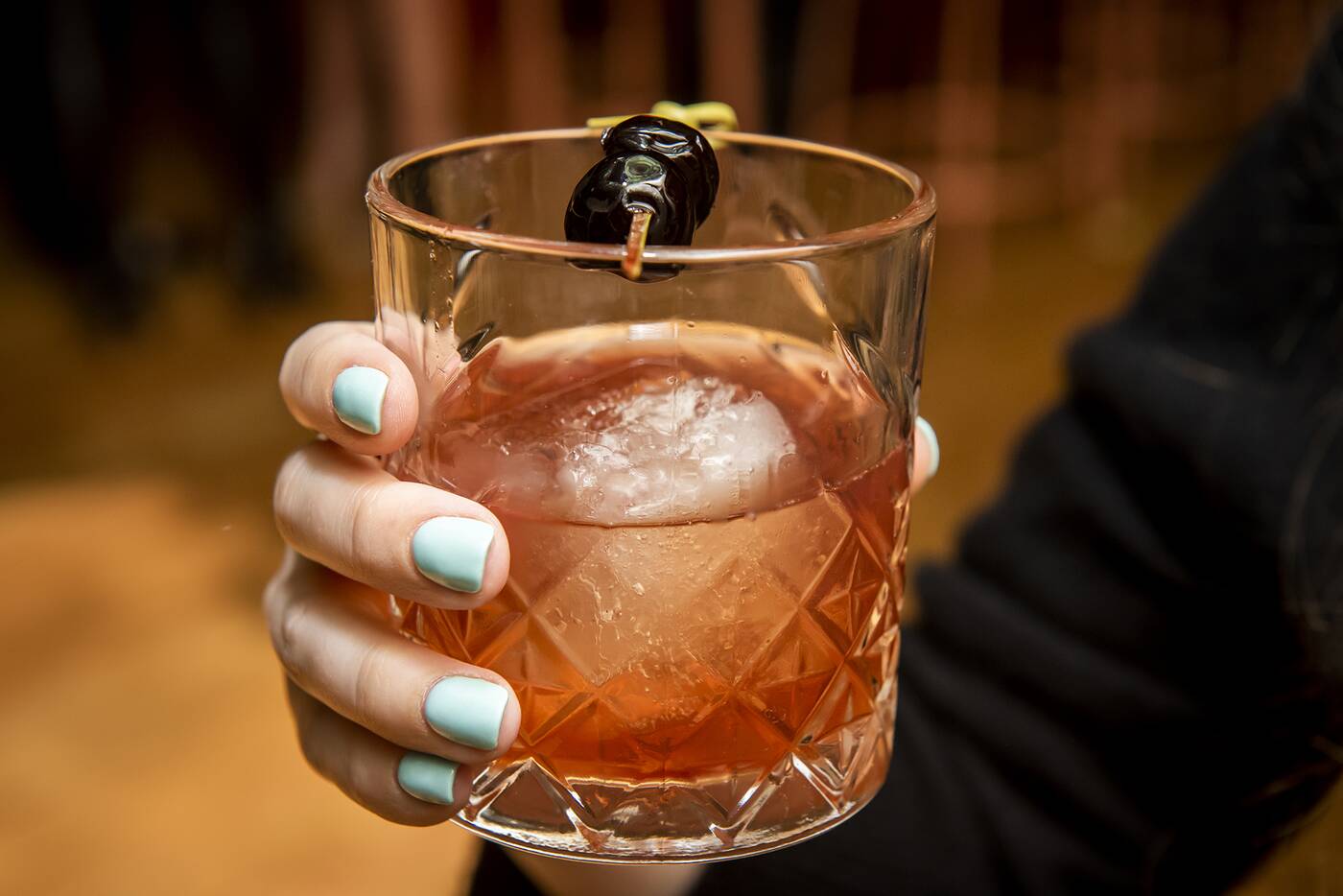 In general, setting things on fire makes alcohol taste better (shooting a Flaming Dr. Pepper shot, drinking at a bonfire with friends, realizing Mike’s Hard Lemonade makes you destructive at fourteen) and this is no exception.

This drink is excellent with the right proportions of boozy, sweet, and smoky. 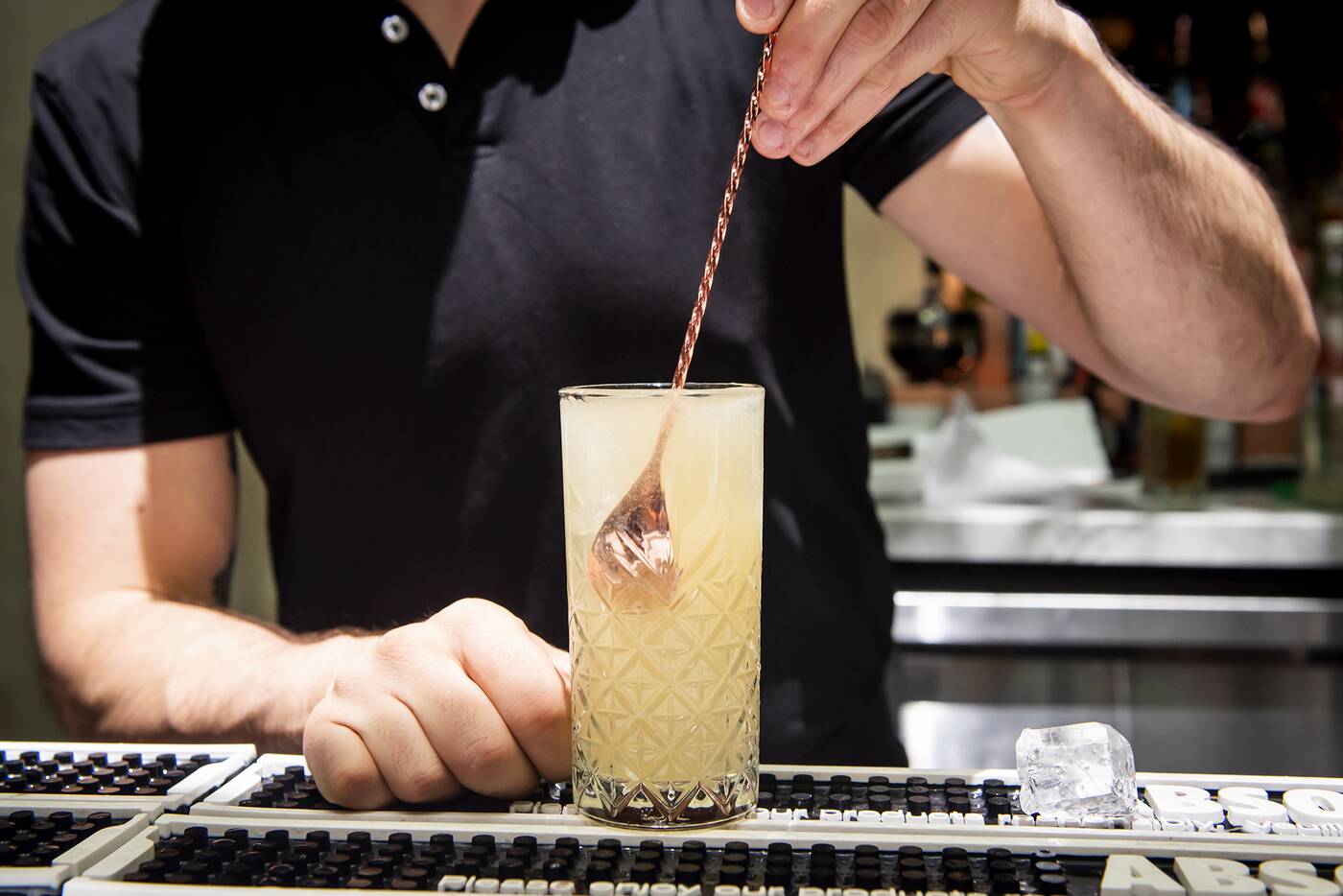 Because it was Friday and I had already texted my therapist that I had a personal revelation about plastic plants on the ceiling of a bar, I indulged in a second cocktail, Don’t Call My Becky ($16).

This one was also incredibly good, with a base of gin and served with cinnamon, egg white froth, and a piece of torched rosemary on top. 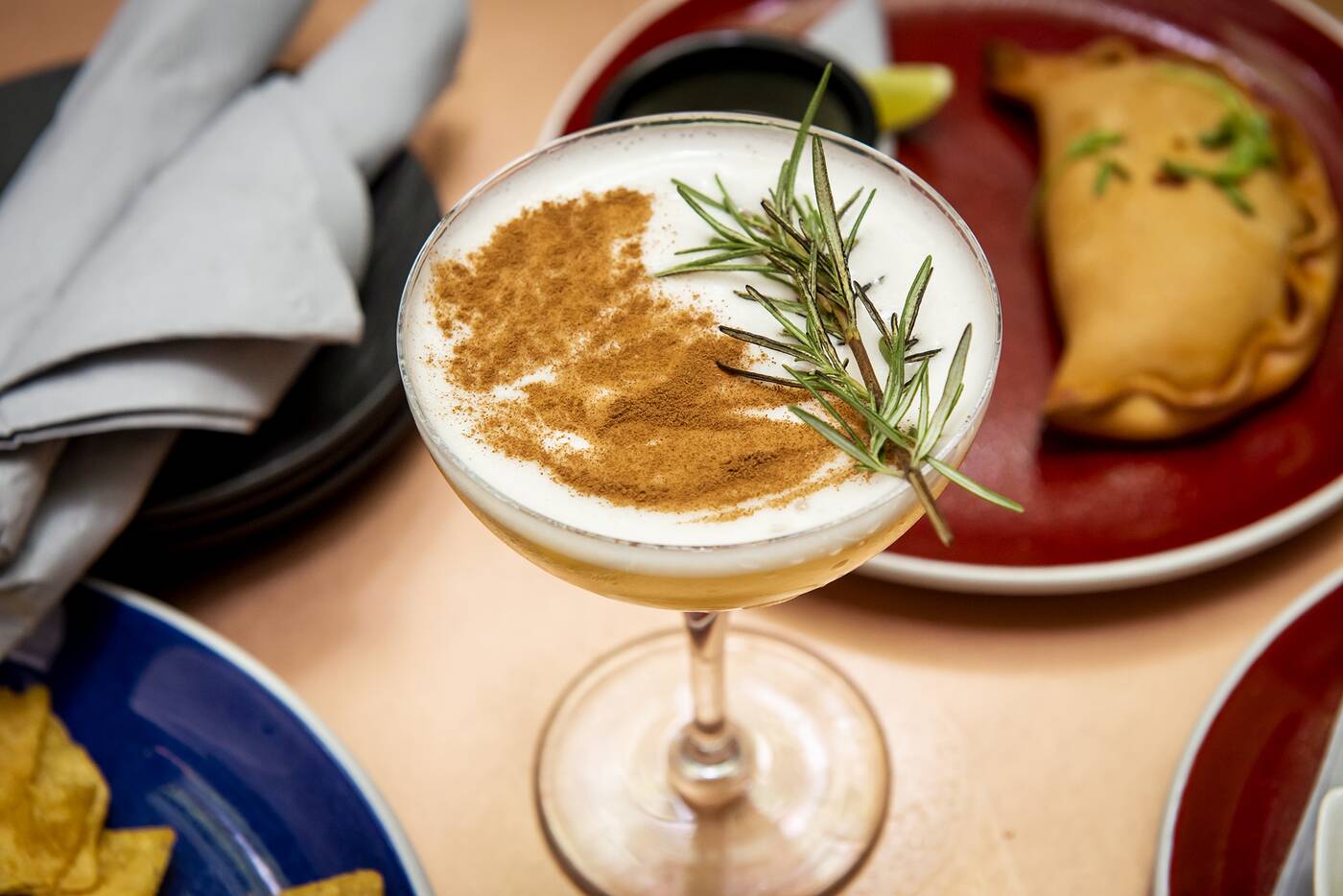 While the drinks are on the pricier side, the quality and taste make it worth the financial indulgence. On the food side, the cost doesn’t quite add up. Lobby has a menu of eats with some small plates and larger bites. 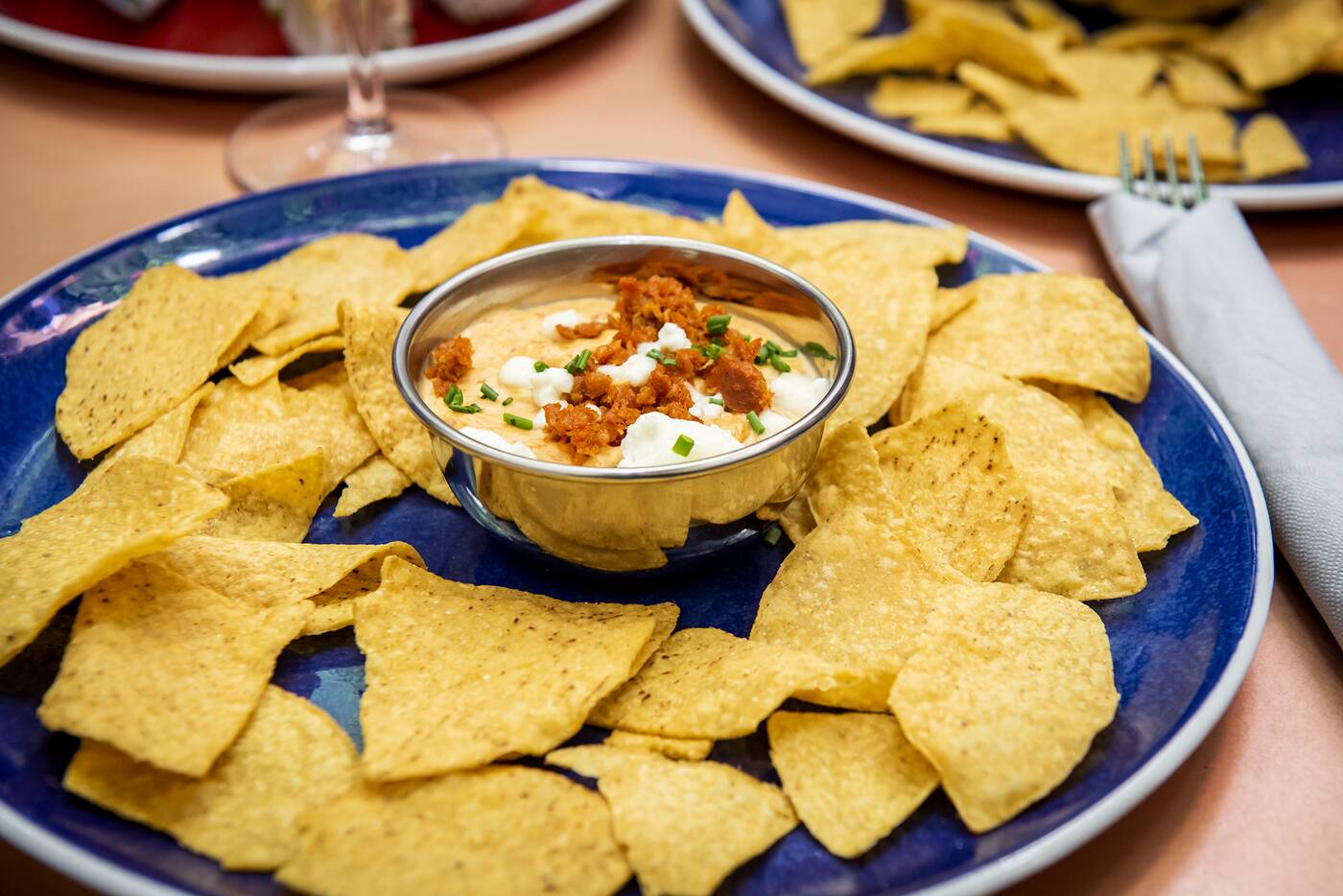 I tried the queso fresco chorizo dip (under the menu heading of Jungle Chips) which ended up being a scant cup of queso with a few handfuls of chips. It was $15. 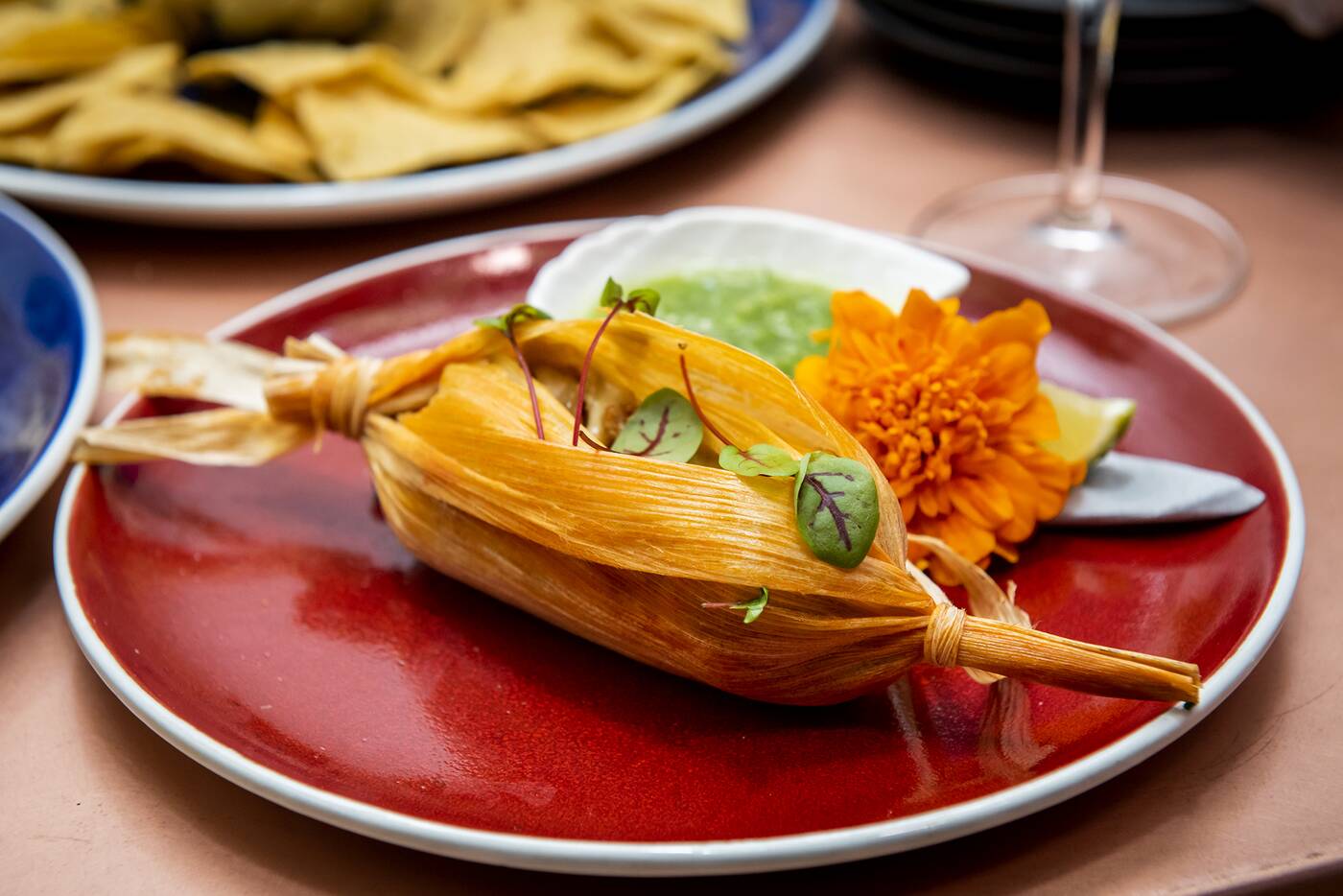 I also had a chorizo tamale ($12), which was fine, but again seemed a little on the exorbitant side for what it was (a very small tamale). 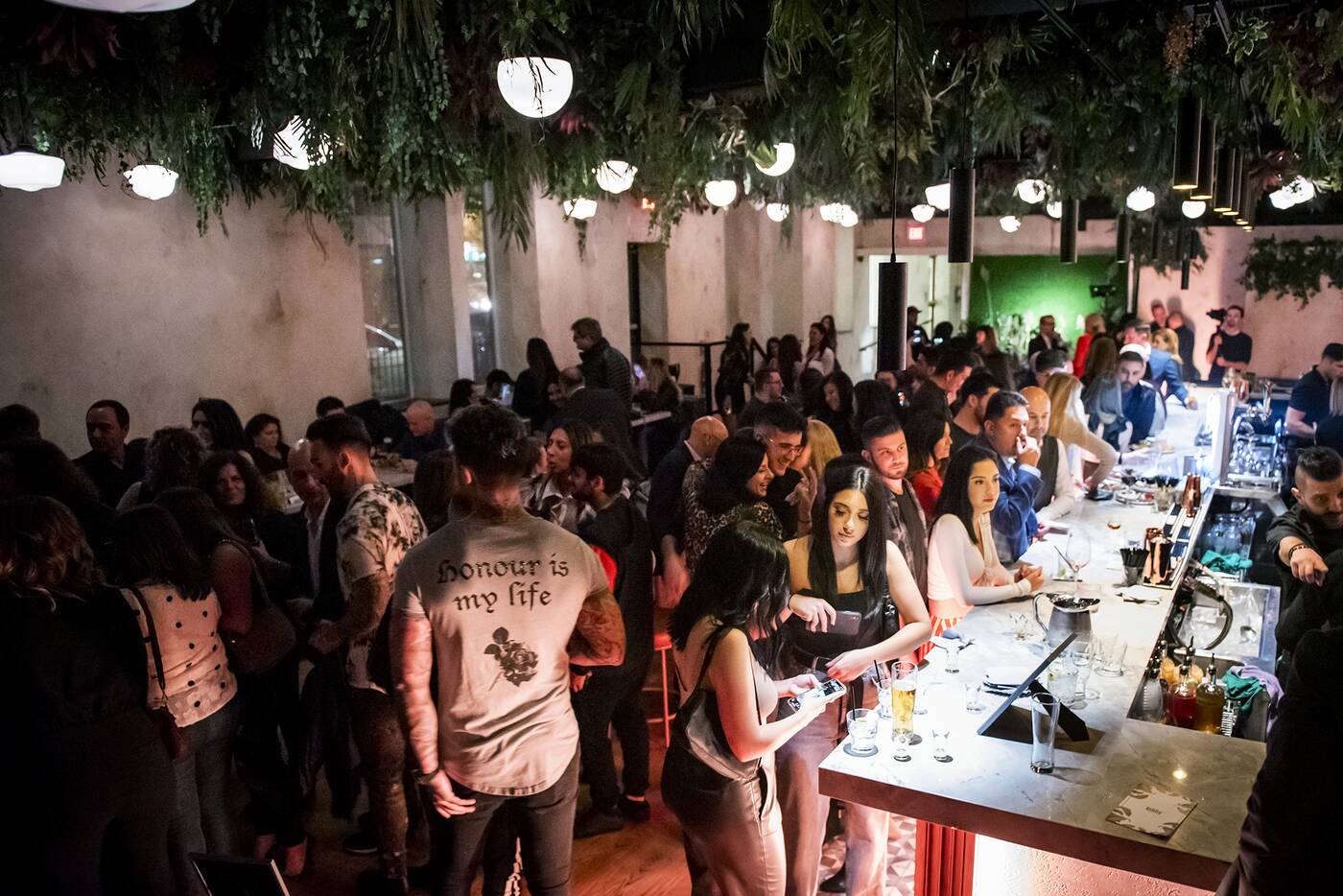 While Lobby has a gorgeous feel to it and incredible cocktails, the prices and food options may be prohibitive to being a true neighbourhood go-to, especially for a neighbourhood whose vibe feels so different to that of Lobby.

For me, I would skip the eats and long hangouts that would tempt me into a huge bill and just drop in for a single drink and some free mental health paradigm shifts. 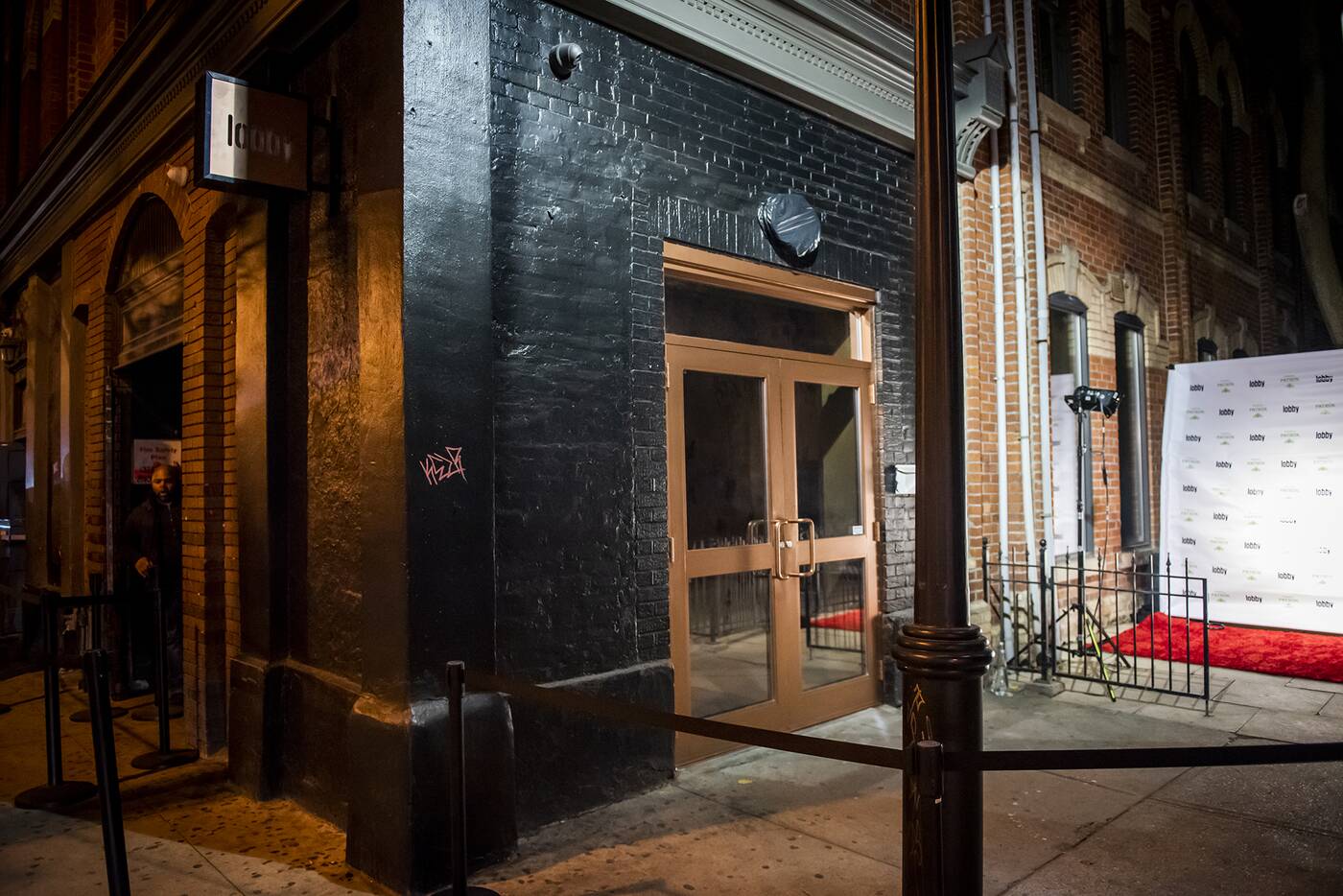