Lavelle is a rooftop pool, patio, bar and restaurant situated on top of 627 King Street West. It's meant to be an oasis for residents of the condominium underneath, but also the general residents and workers of King West. Lavelle wants to be whatever you want it to be, but first and foremost presents itself as an urban playground and hotspot.

Three pools are dispersed evenly throughout the long central space of the rooftop of varying depths, creating a seamless effect between the floor and the water. A yearly membership is required for access to the deep pool seven days a week from 10 to 5, but you can register on-site. 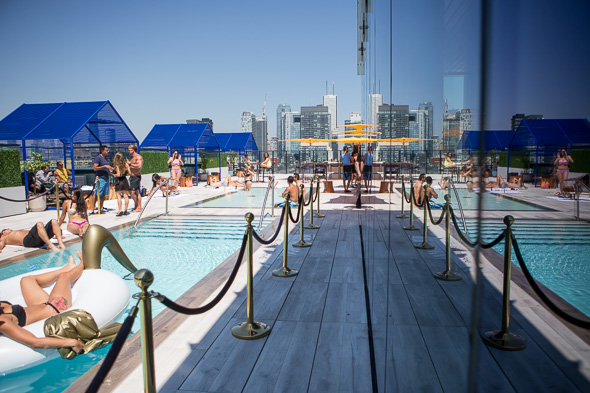 The space is 16,000 square feet, and Lavelle doesn't intend to let that go to waste just because guests won't want to take a dip when Toronto's temperature drops. 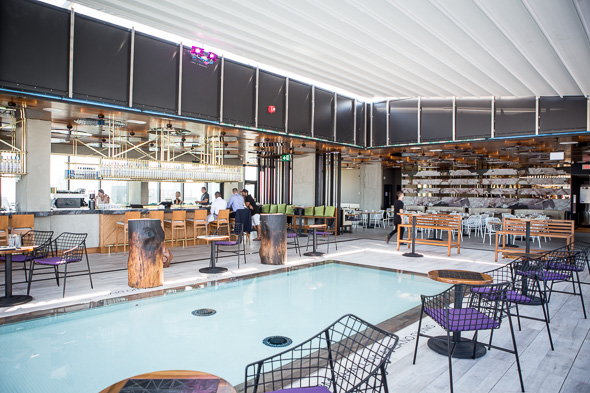 The entire restaurant area can be enclosed with sliding doors, and slats are placed over the pool in winter, creating a steamy effect that Lavelle mastermind Reza Abedi says will be like a Blue Mountain/Muskoka-style retreat. 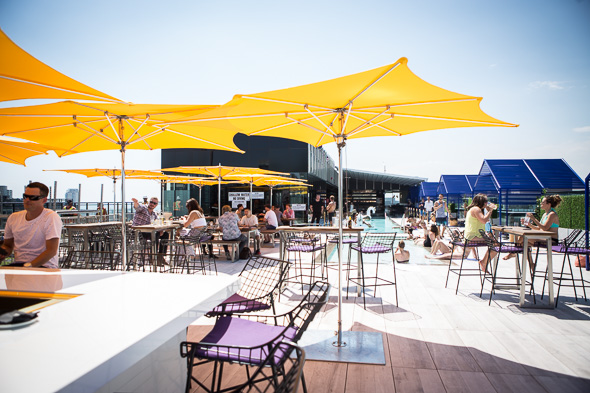 The transformation is similar with the ultramarine cabanas surrounding the open area, which are modified into tiny cottages in the winter time. The design of the cabanas was inspired by Toronto row houses. 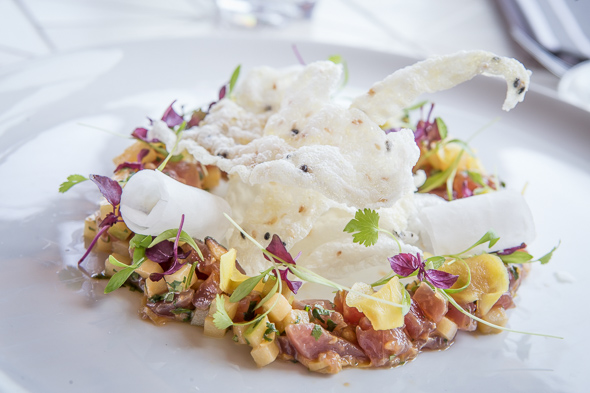 The tuna tartare is a favourite, and star chef Romain Avril swears guests would get upset if he tried to take it off the menu. The small chunks of raw tuna are plated in a circle with soy dressing, daikon, pickled ginger, and cilantro. He makes sure this standby doesn't get boring by tweaking elements of the dish, for example, topping it with a dehydrated congee cracker. 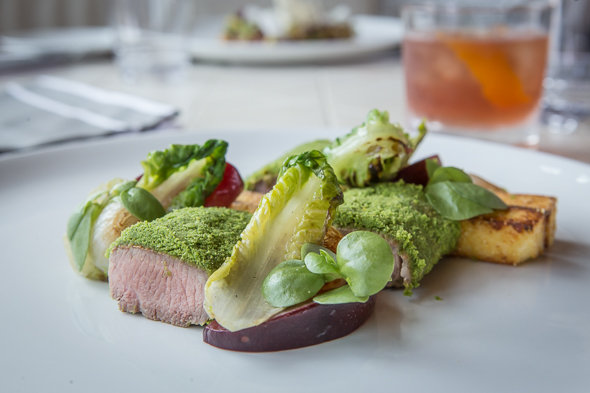 The herb crusted Ontario lamb saddle is available for dinner. The polenta fries, pickled plums, fried baby onions and purslane create a work of art on the plate as well as in your mouth. 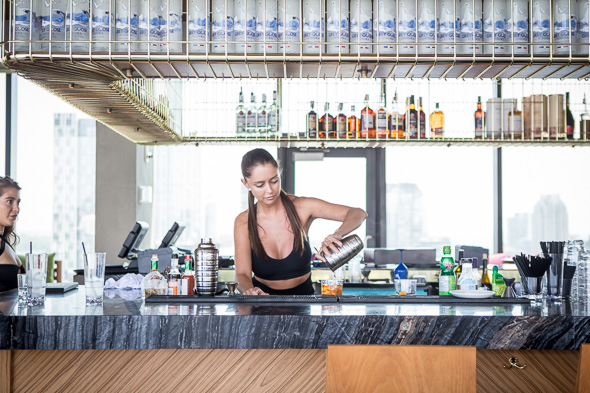 To pair with your fine meal or just the fine view, try a potent Gary Cooper, made with Dewar's, rye, Carpano Antica, and two kinds of bitters. 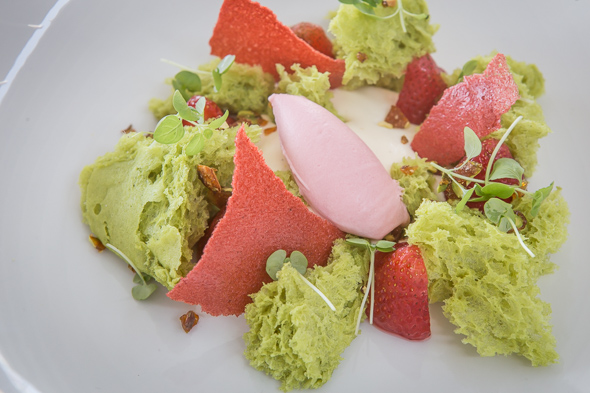 The delightfully named Strawberry Field is a dessert composed of chunks of whimsically torn, colourfully green pistachio cake accompanied by creme fraiche, basil, and strawberry ice cream. It's garnished with a dehydrated fruit leather that melts on your tongue, leaving only the taste of strawberry. 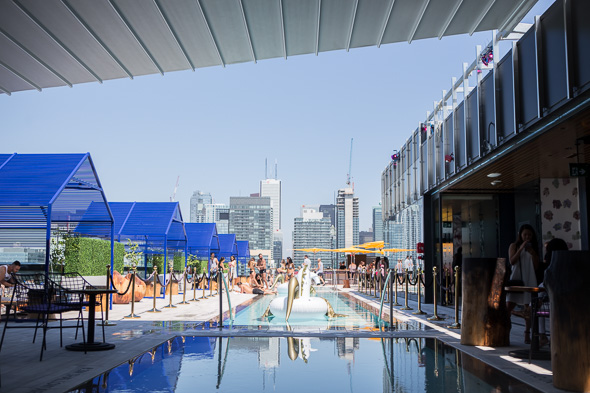 Lavelle can even quickly pull a quiet makeshift roof over part of the outdoor space in case guests need more shade. Servers in strappy black bikinis prance from table to table with anything from expertly made cocktails to booze-infused ice cream to bottle service. Sit astride an inflatable pegasus surveying Toronto's skyline, and feel like the king of King Street. 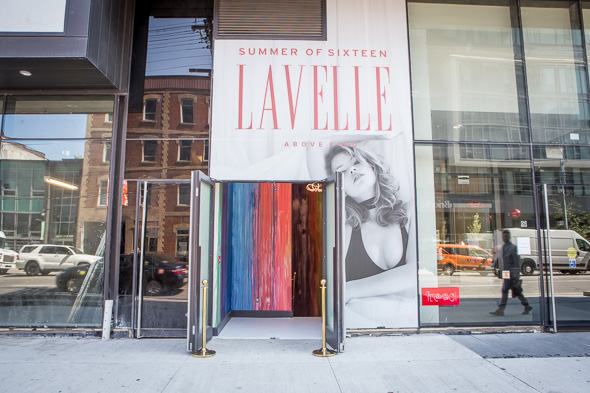