Lloyd’s on Queen is a homey bar that’s pretty simple but has a few tricks up its sleeve. The bar is named for the bartender from The Shining, and while the place isn’t explicitly themed around that movie, it has a college feel with stuff like photos of Bill and Ted.

The sole exception to any lack of Shining theme is the bathroom, which, yes, is decked out in familiar shades of dark red and black. As we enter the bar, strains of Cake’s cover of “I Will Survive” begin to play over the sound system. 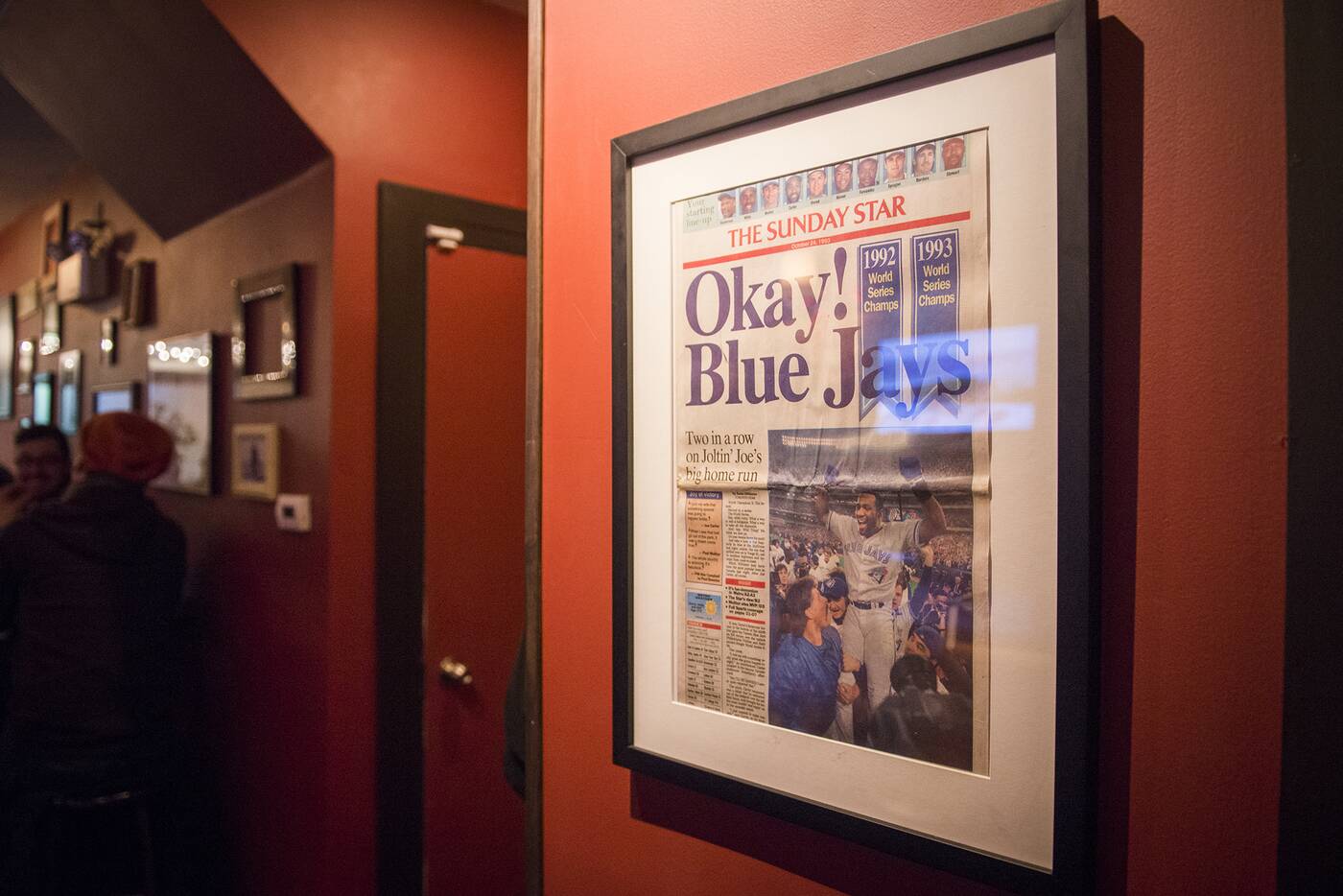 A framed old front page cover from the Jays winning the series adds to the accoutrements. 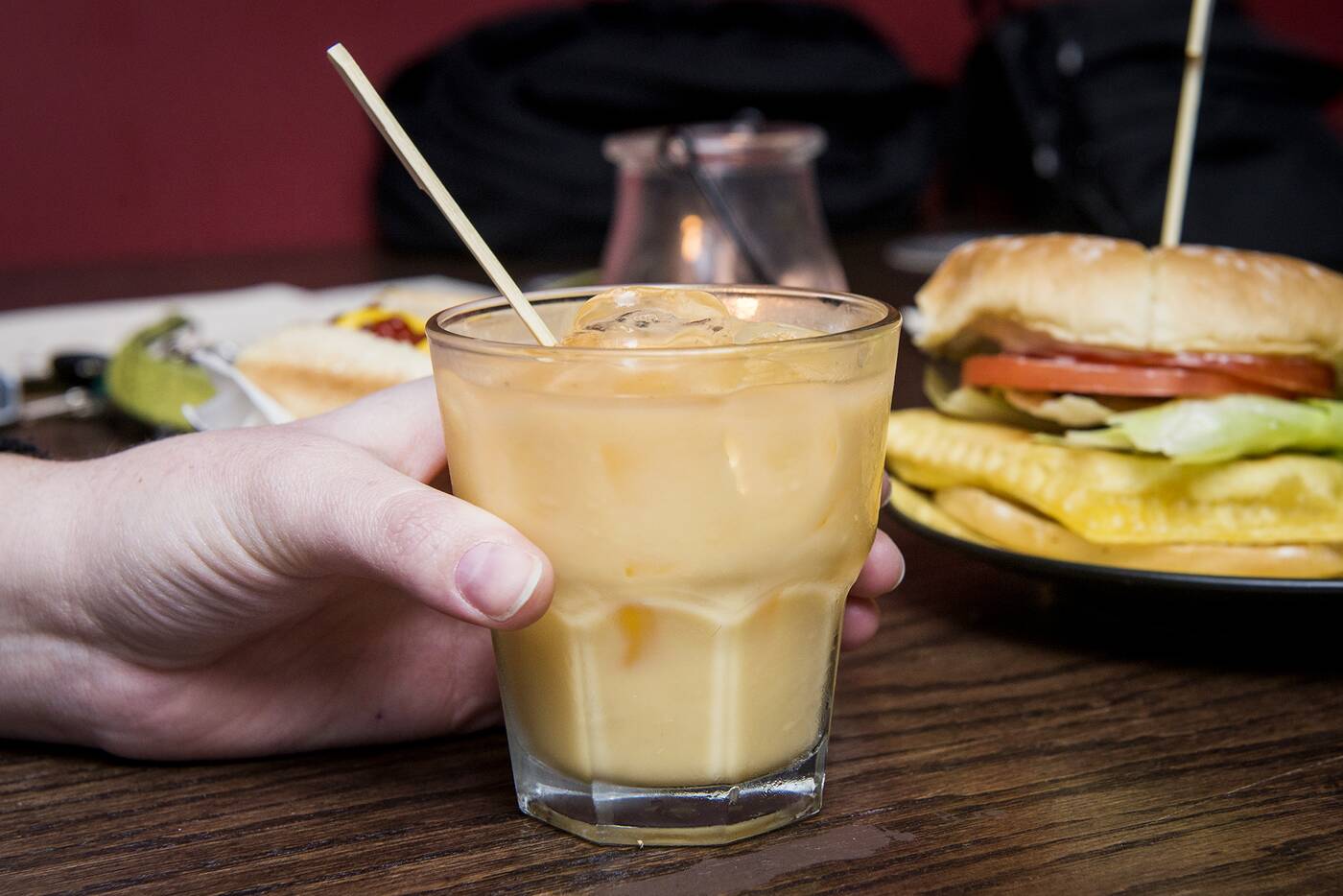 Of course if we’re at a bar named Lloyd’s we have to try the Jack Torrence ($11), named for Jack Nicholson’s iconic character and the first thing on the menu. It’s a combination of bourbon and bitters but also advocaat, which gives the drink a creamy eggnog flavour. 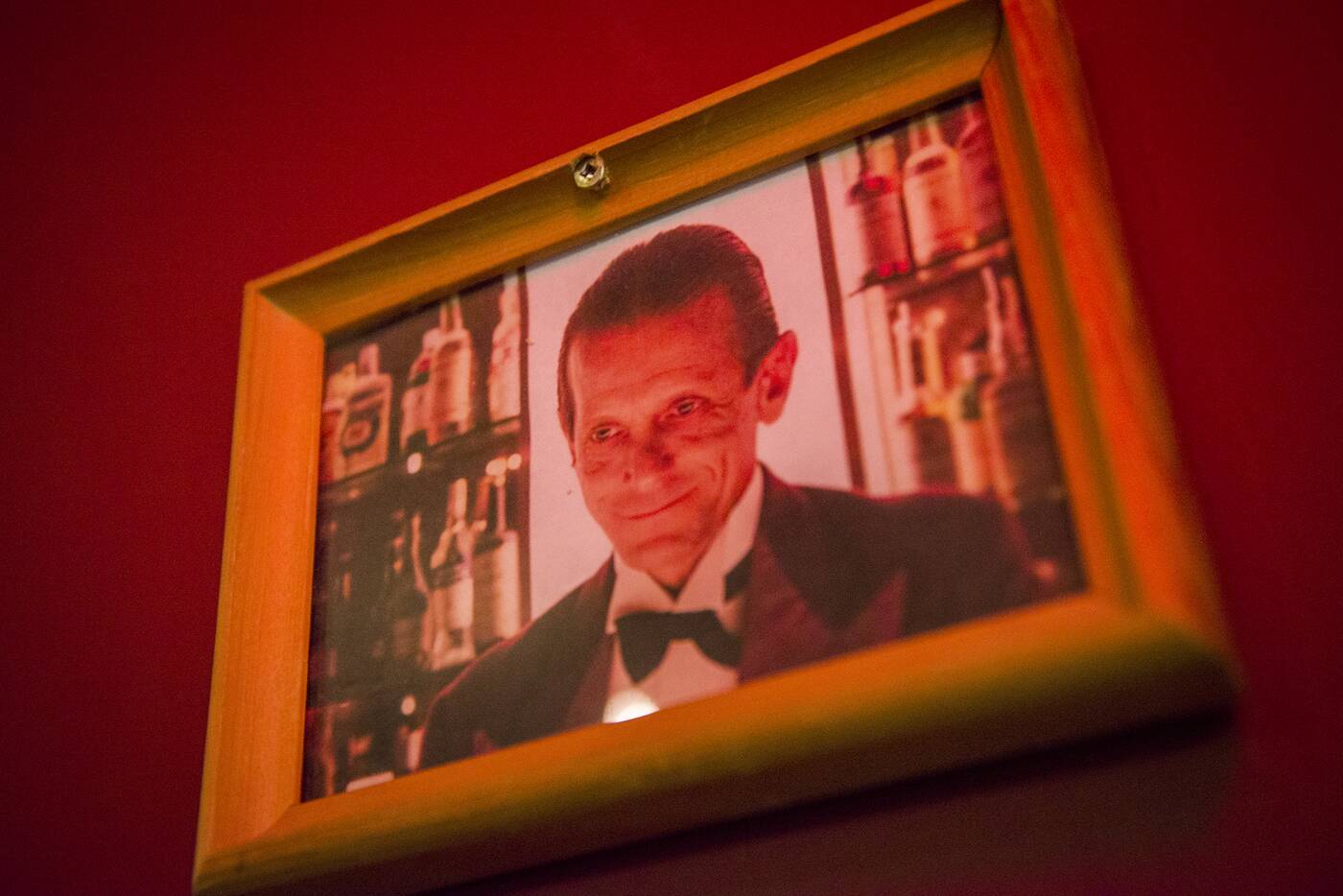 A photo of Lloyd himself even watches over this watering hole. 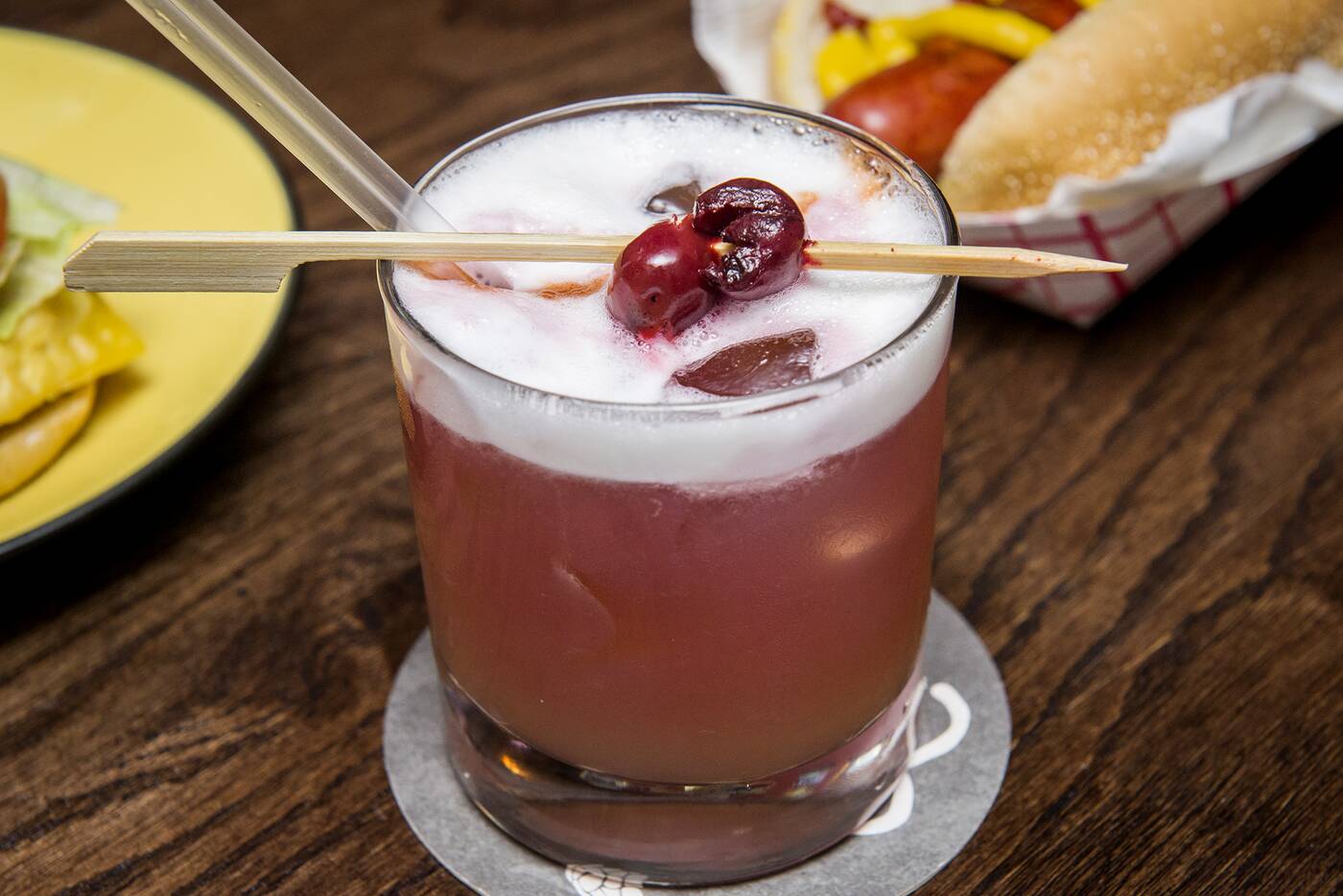 We also try the New York Sour ($11), a fairly basic and refreshing drink also based on bourbon. Both these drinks have a classic feel, helped along here by the sour egg white element, along with fresh lime juice and simple syrup, but it’s given a bit of a twist with a fragrant red wine float and a sour cherry garnish. 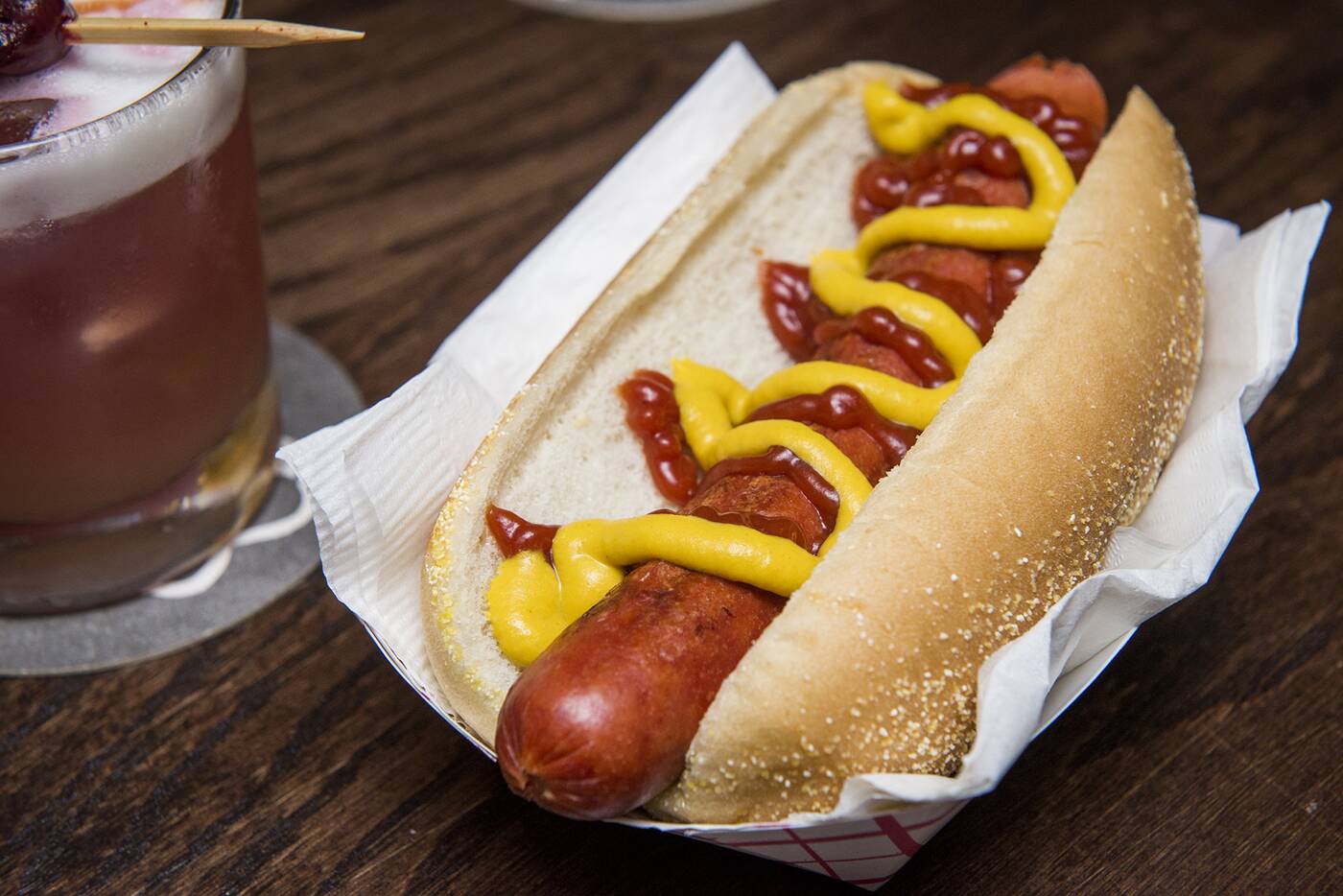 Snacks are even more basic than the drinks, though they’re less meant to represent a taste for simplicity and more meant to be hunger-destroyers that any bartender could make. The all-beef ballpark frank ($5) is a satisfying option amongst equally straight-up choices as grilled cheese or hummus and pita. 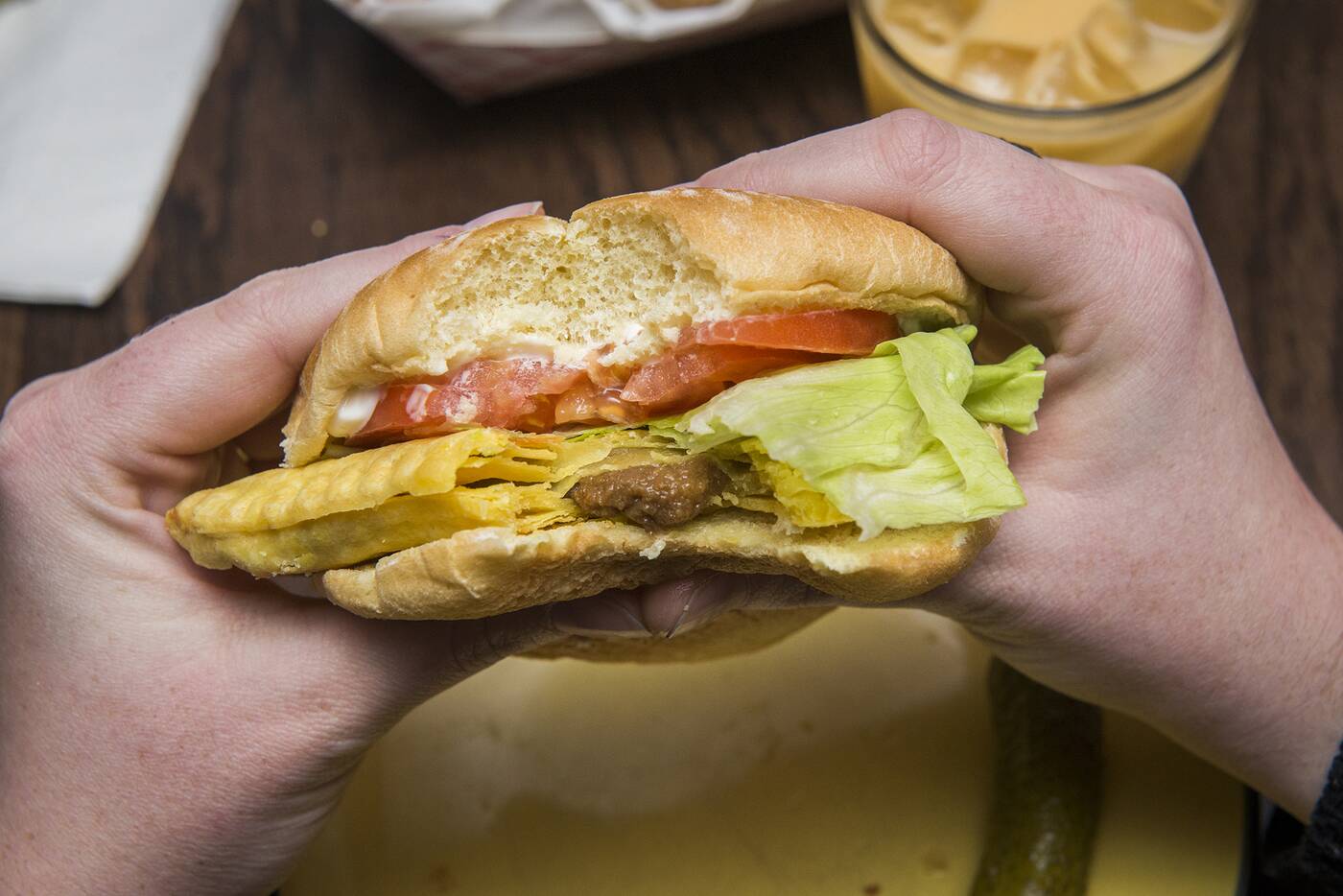 The beef patty burger ($7) is actually kind of a hit, definitely something I’d shove in my face after a night of cocktails. It’s reminiscent of a classic beef patty sandwich on coco bread, but this one is just on a bun with lettuce, tomato and mayo. 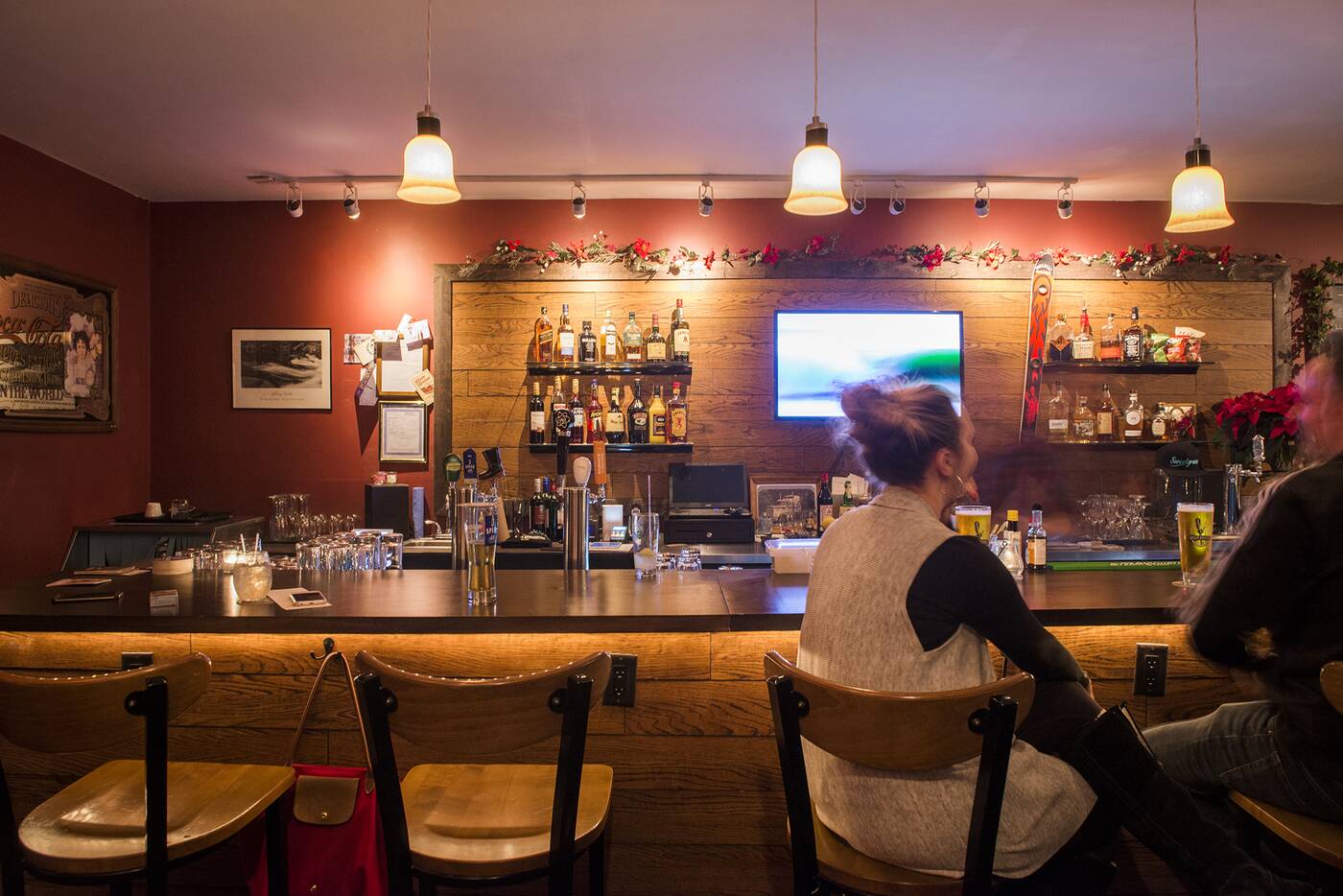 There are a few shorter tables near the front window, but the space is dominated by a big long bar where most seating takes place. Other than that there are just a few higher tables opposite bar, but overall the vibe is cozy rather than cluttered. 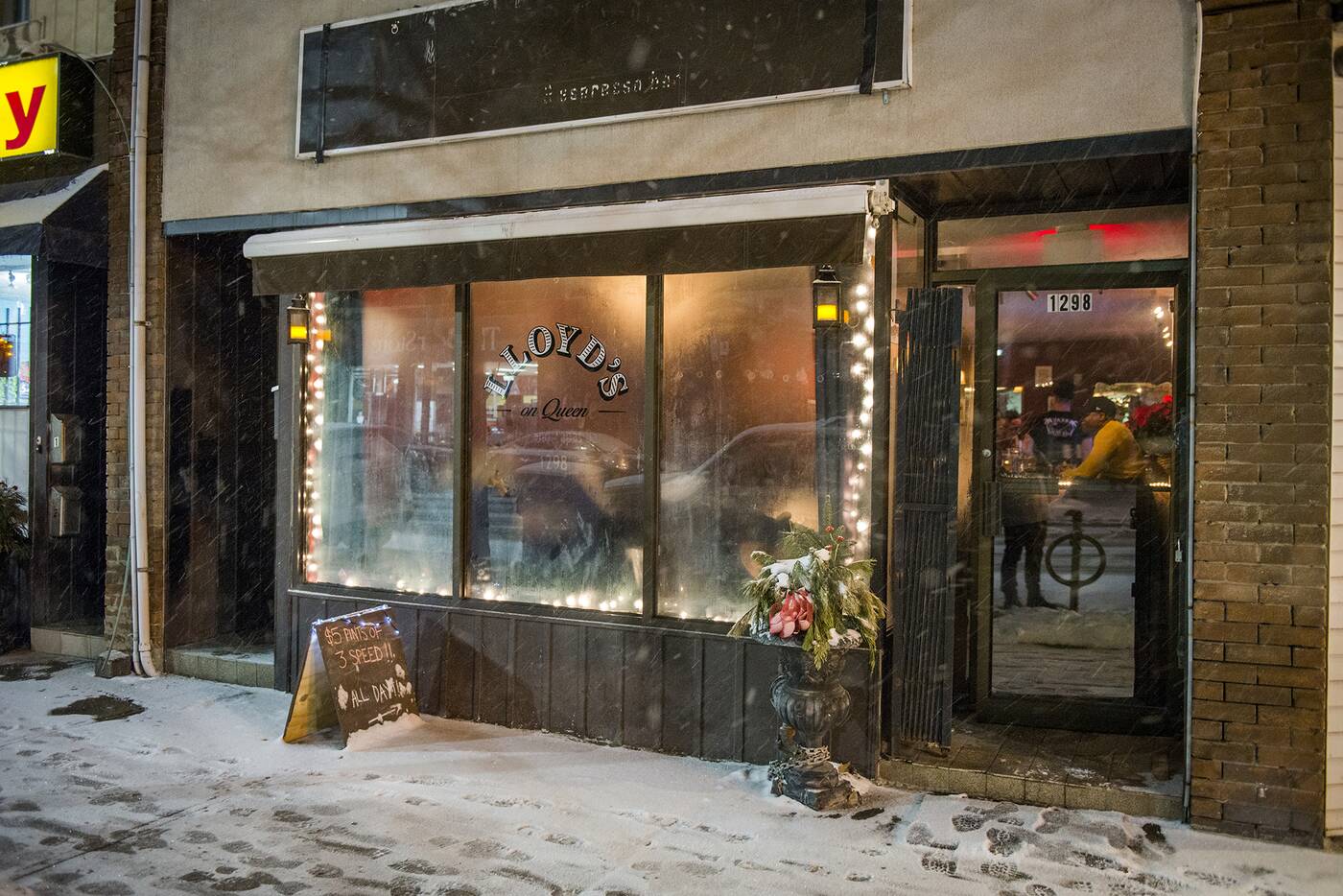