Named for the street it's situated on, the vibe is meant to be inspired by the lively lobby of a classy hotel. 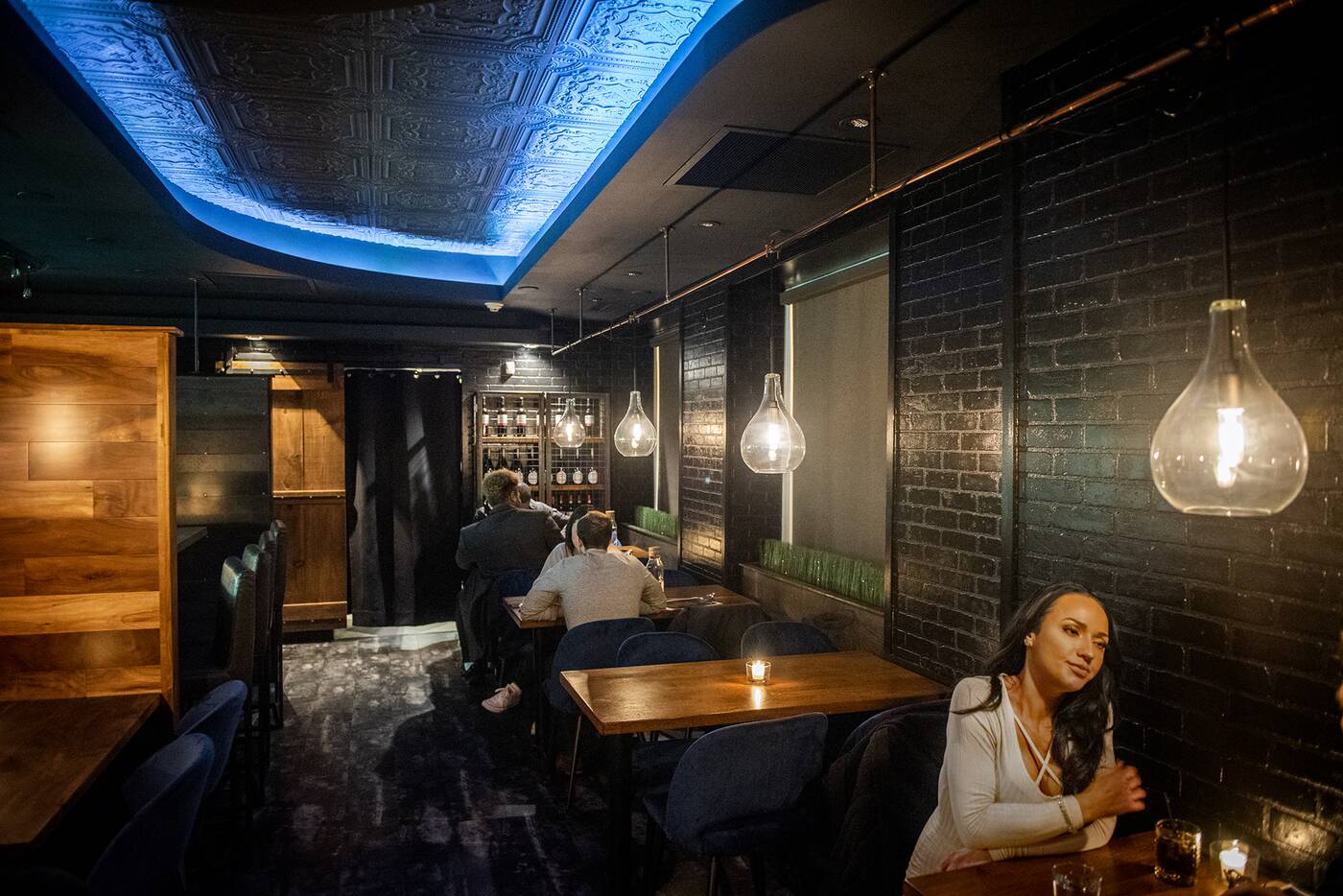 Formerly home to cafe and ice cream parlour Arte Gelato, the space has been entirely transformed with vintage-style tiles recessed into the ceiling and a small DJ booth in the corner, the bar built entirely from scratch. 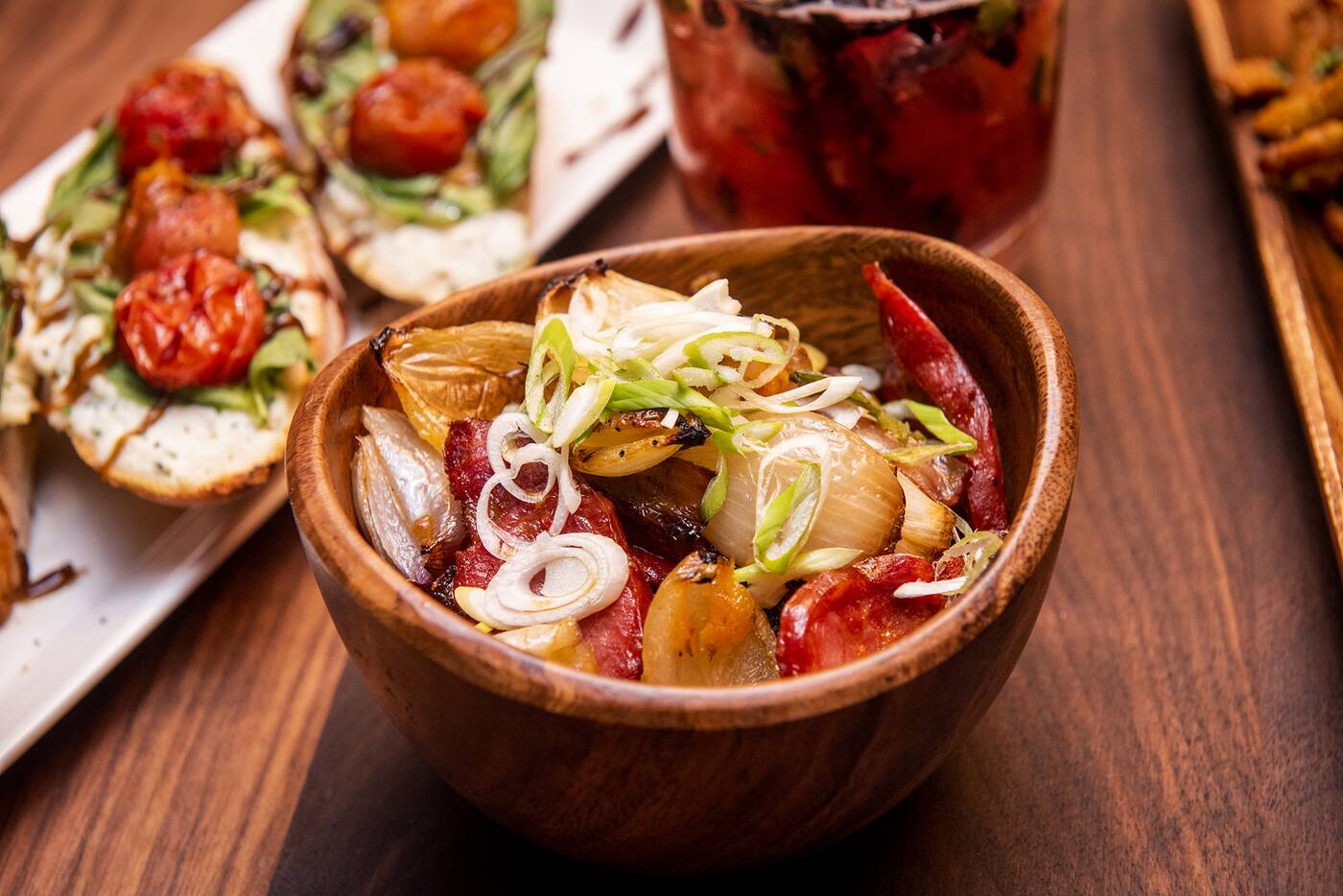 Braised chorizo ($8) is part of a section of seemingly international-inspired shareables, this hearty combination of sliced smoked Portuguese chorizo, shallot and scallion giving off a bit of a Brazilian vibe. 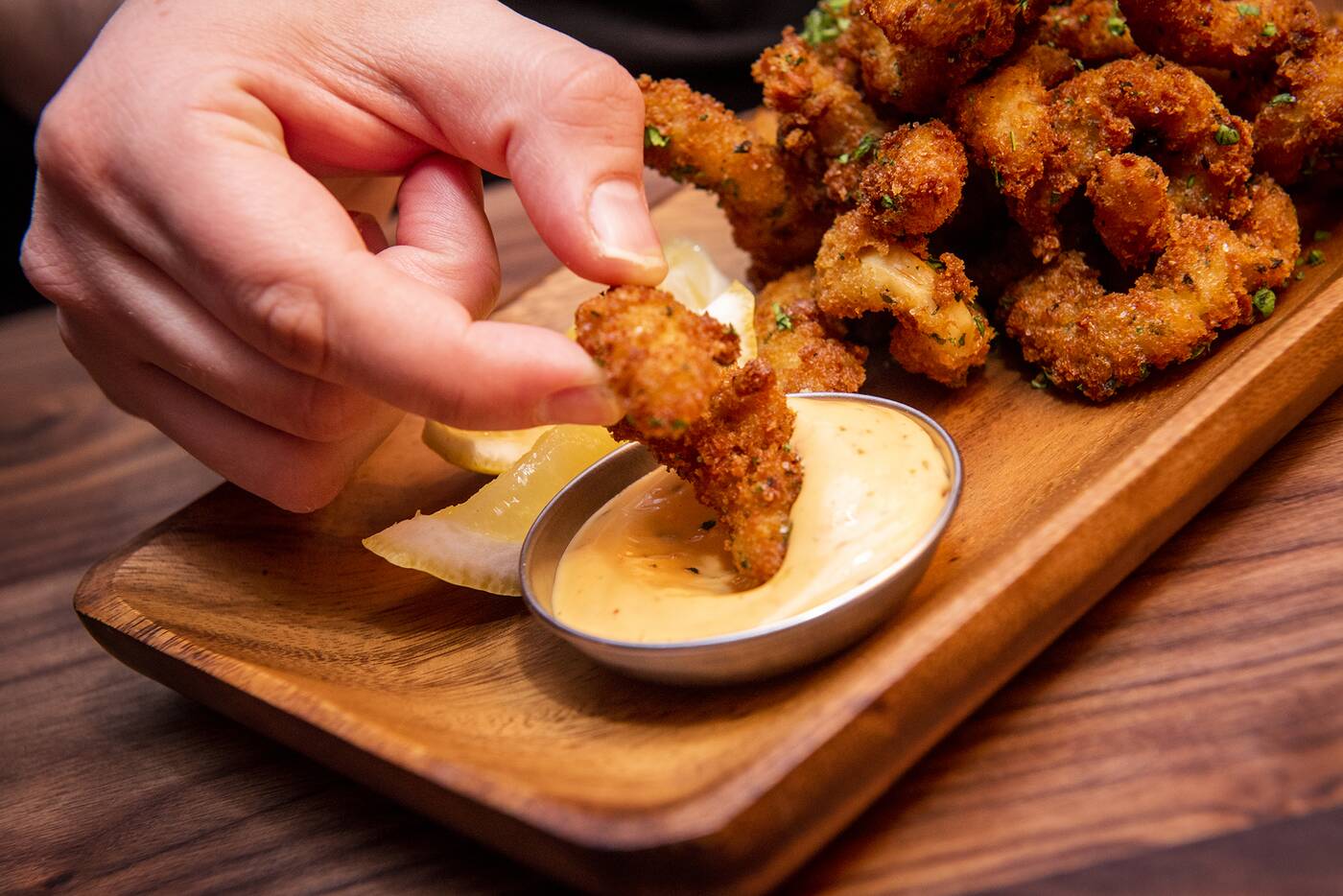 Calamari ($11) is only slightly pricier but way more addictive, reminding me a little of the kind of calamari you'd get with Thai takeout with a crispy panko coating, except the squid inside is fresh, tender and cut into strips rather than ho-hum rubbery rings.

It's served with a thick aioli with a bit of heat to it and a couple wedges of fresh lemon to add a little brightness and acidity, if desired. 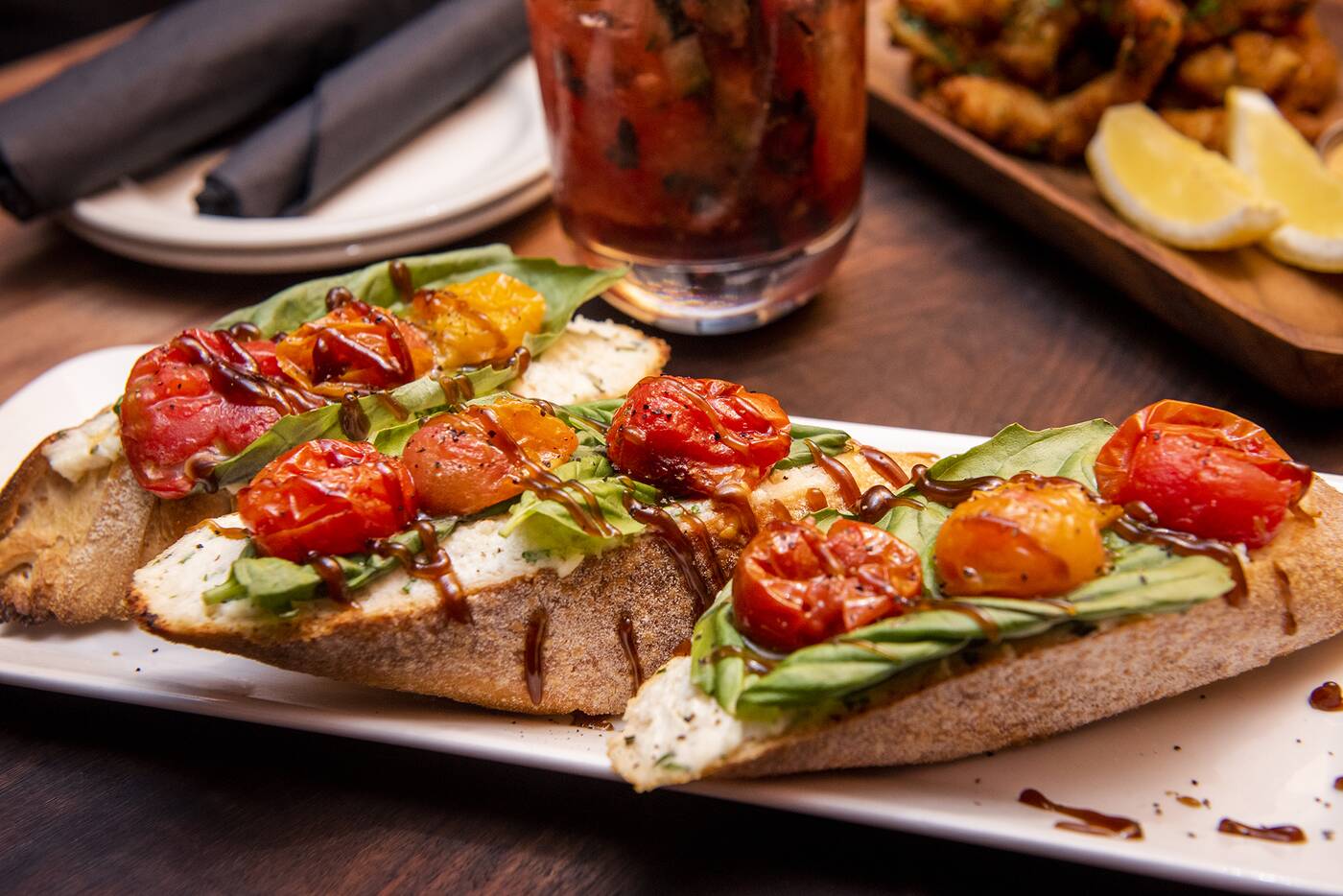 This is one wheel that maybe doesn't need to be reinvented: tomatoes and herbs need to be chopped so bites are easier to take. 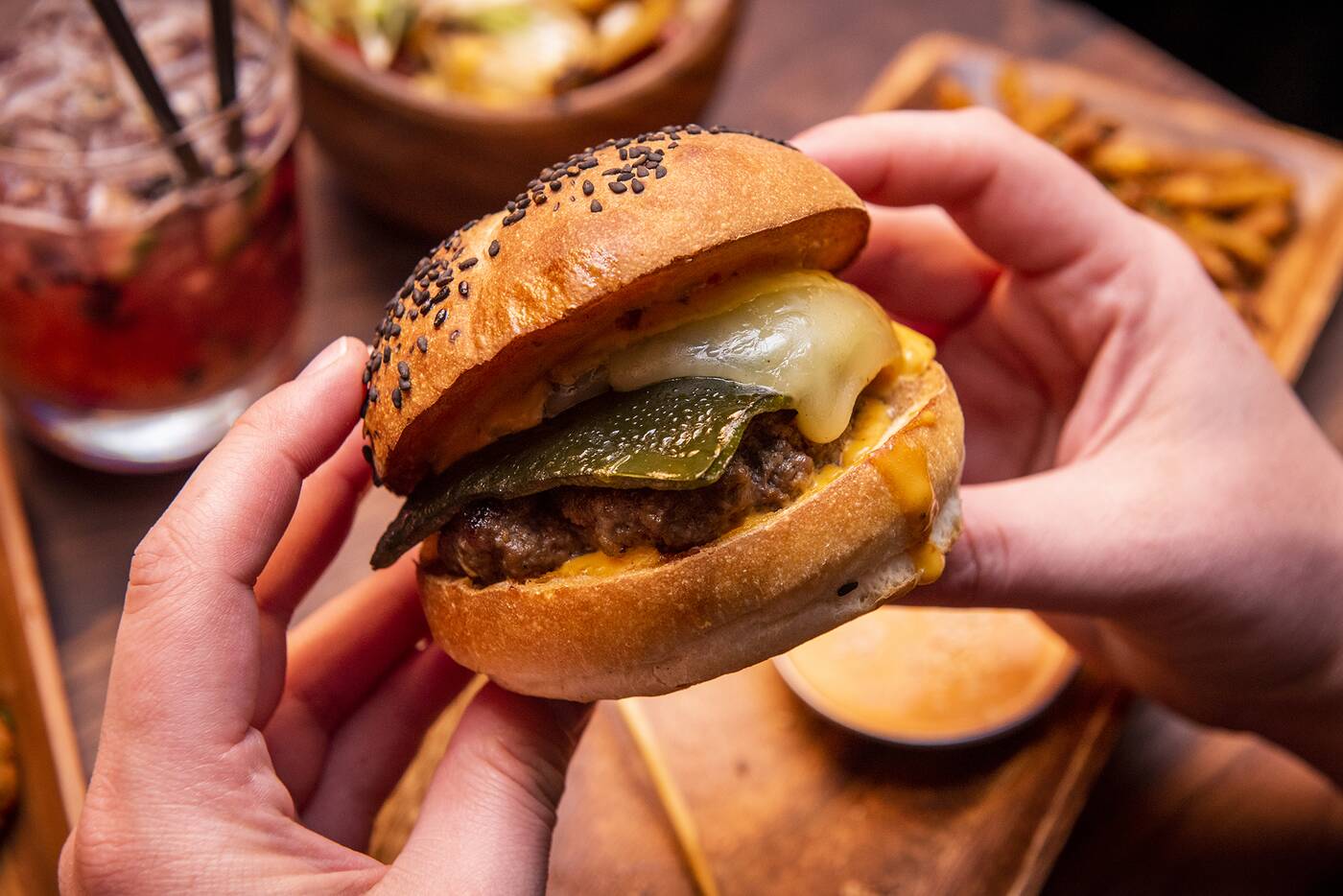 A sirloin chuck burger ($16) has a chunky patty with a slightly tight-knit grind, albeit made with Ontario grass-fed beef so the flavour is pretty good. I like the somewhat unusual toppings of smoked Gouda and roasted poblano pepper, as the house aioli finishes everything off.

The bun could be just a little softer; its stiffness prevents me from getting to the burger a little, my first bite mostly bread. Fries on the side are solid, also super crispy and accompanied by aioli like the calamari. 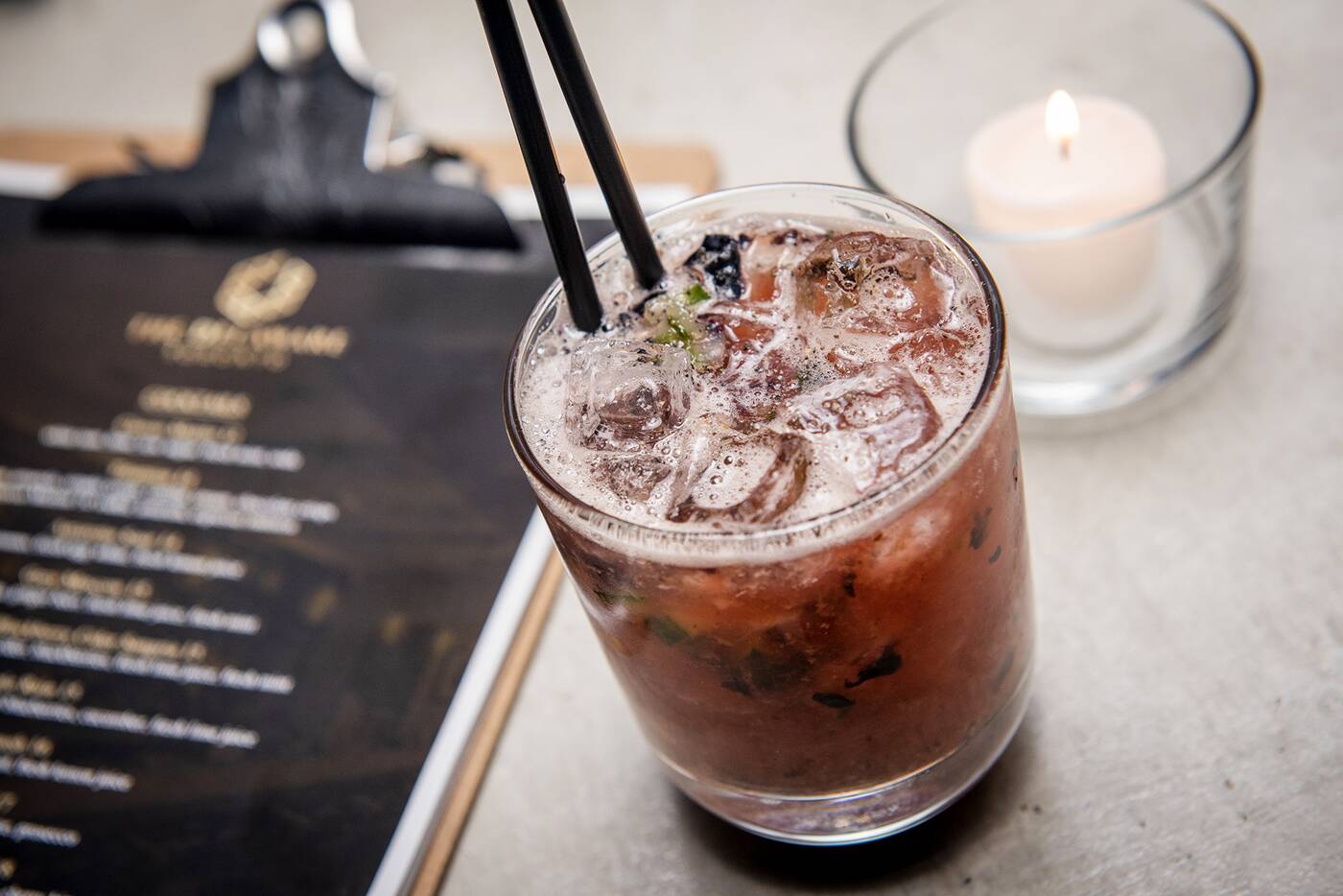 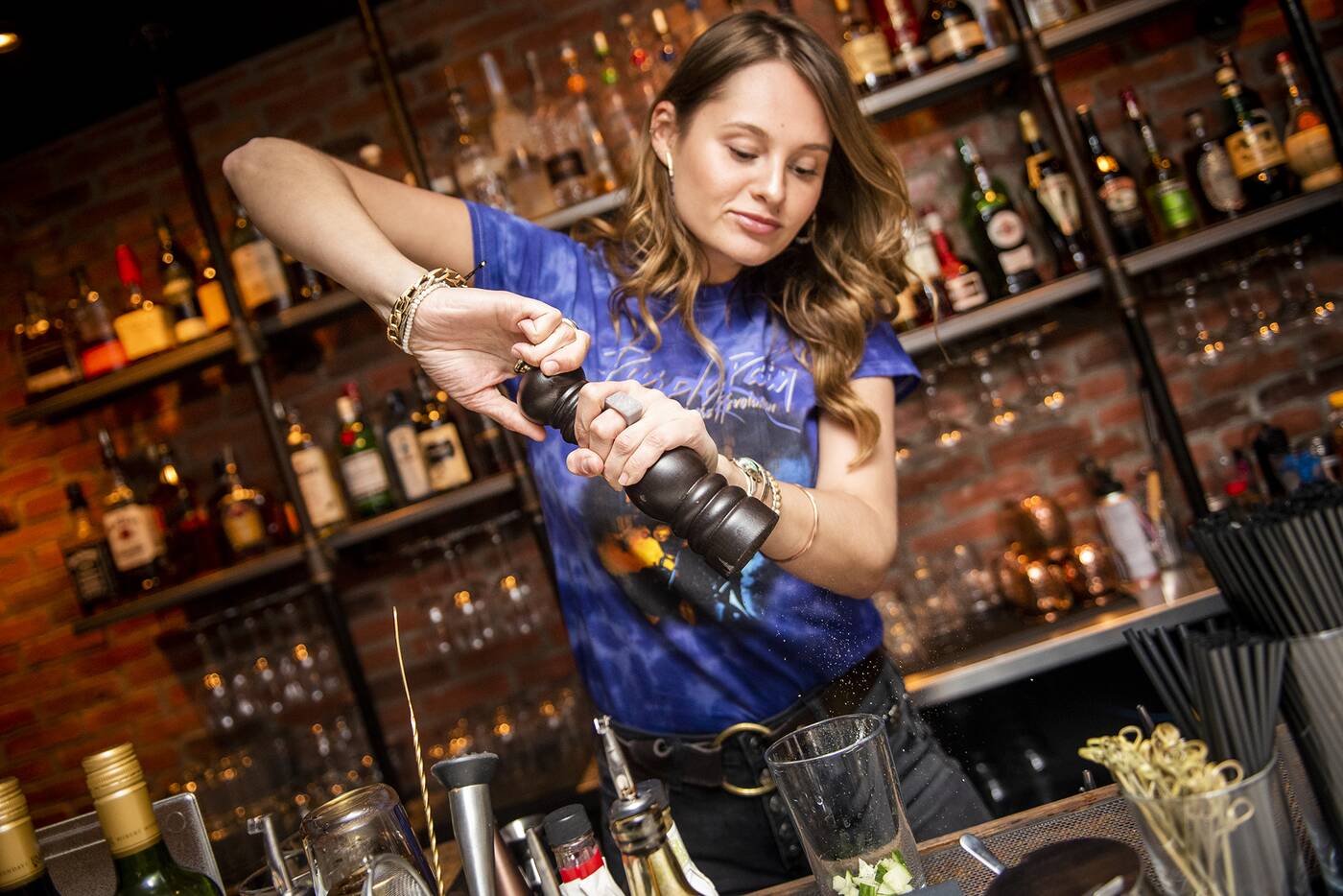 There are also six taps pouring beers on the line between mainstream and craft, such as Lost Craft, Storyteller and Blood Brothers. 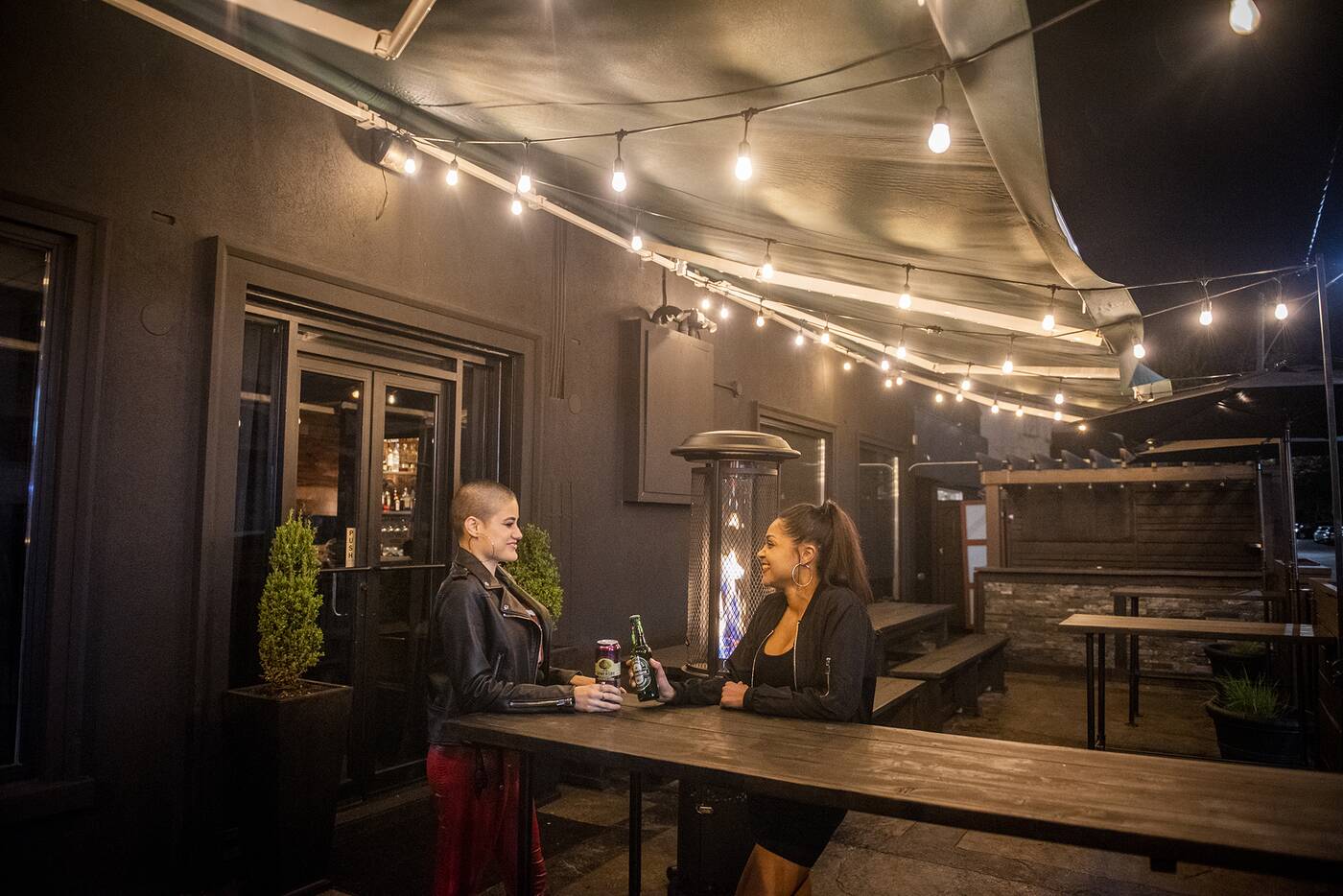 When there's no DJ, aggressively recognizable hits from the likes of Santana, The Dixie Chicks and AC/DC bounce around the room. There's also a heated covered patio outside. 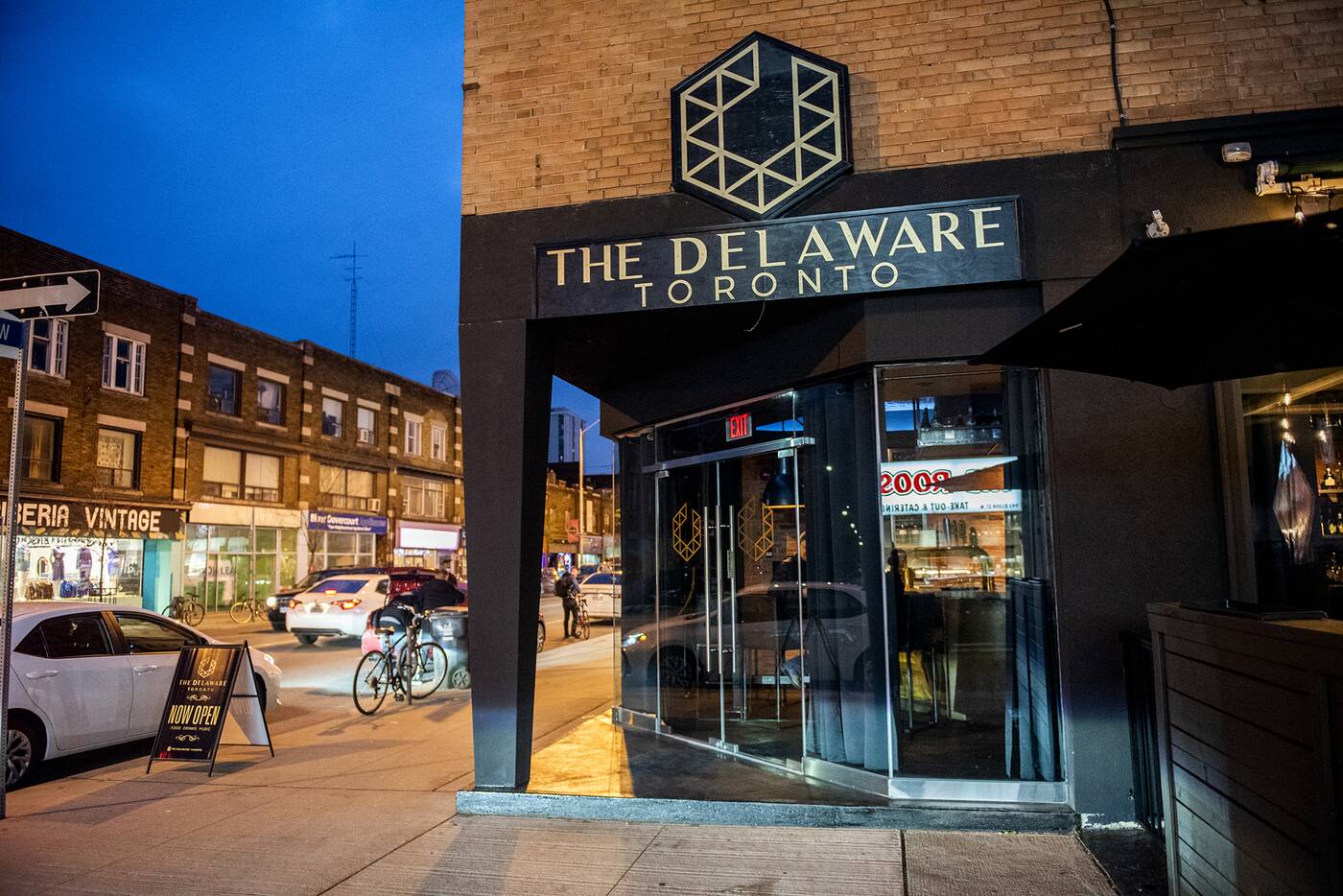