Arte Gelato and CaffĂŠ has opened just in time to say goodbye to summer. Of course, it's not the most opportune time to introduce Bloor and Dovercourt to its perfect-for-hot-weather treat, but permits, construction, and general business miscellany can be mighty delayers indeed.

But owner Sebastian Silvestro remains unperturbed, and his new and doting customers are just happy Arte is here at last. 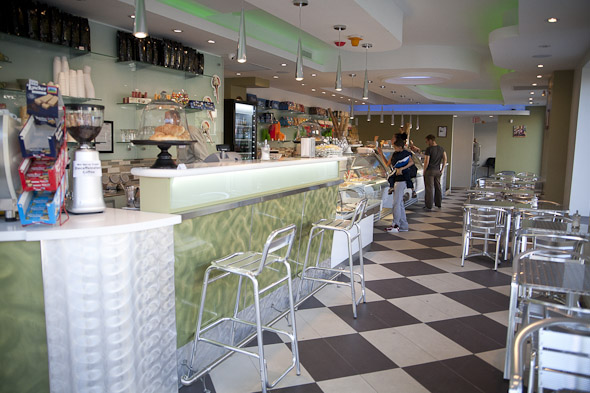 "Are you writing an article about this place?" a mom asks, catching a glance as my notebook, as she and her son scan the counter of flavours. "Be sure to write that the neighbourhood is so happy this place is finally open," she says. "The sign was teasing us all summer!"

Well now it's time to rejoice, Dovercourt Park friends. As of about two weeks ago, Arte Gelato is open for business seven days a week, serving 45 flavours of house-made gelato along with espresso, other coffee drinks, and waffles and panini to come. 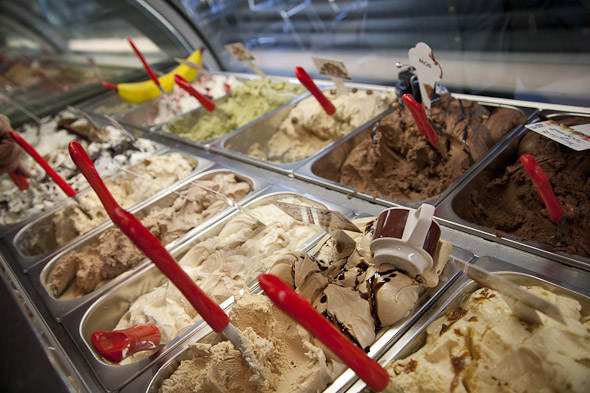 "That's some of what I'm thinking for the winter," Sebastian says as we sit down to talk about his plans for the coming months. "We just got those waffle-makers today, and we'll do some hot sandwiches, that sort of thing," he says.

Despite our panini talk, it's clear Sebastian derives his passion primarily from his gelato. "I always wanted to do this," he says. "I liked the science; you can make gelato out of anything you want. 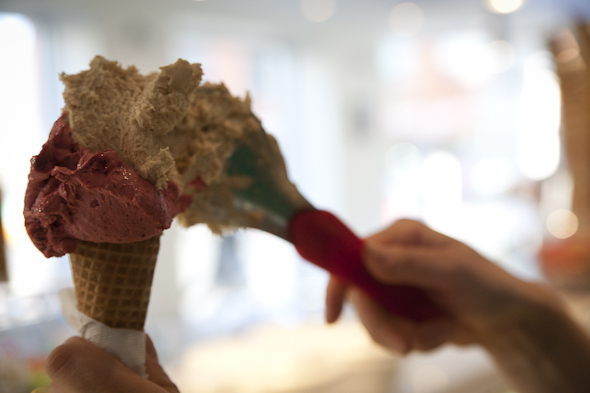 After years working in sewing machine mechanics, of all things, Sebastian opened his first gelato shop in Oakville about four years ago. But he always had his eye on the Toronto market and finally seized the opportunity when the former space of Belo Fashions became available, decking it out with colour-changing lights, floating glass shelves, hanging lamps, and plenty of tables and chairs. 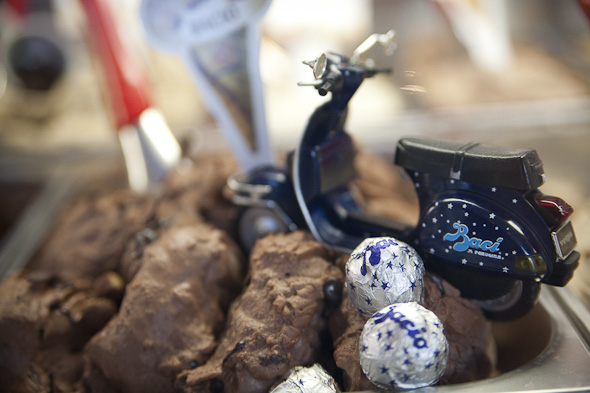 The flavours range from the traditional pistachio, lemon, raspberry, and tiramisu, to kid-approved bubble gum, Skor, and more. Sebastian says vegan-friendly, sugar-free, and gluten-free gelato options are in the works, as well as his patio space, again pending permit approval.

I order small lemon gelato ($3.50, $5.30 for a large), which is packed high above the rim, decorated with an Italian cookie, adding a nice touch. Arte's gelato is creamy--not icy--due, of course, to the milk, and the lemon packs a nice tartness that cuts through the sweet. Unfortunately, I lose my gelato battle to the unusually warm September night, which melts the last of my frozen treat just before I'm fully through. Perhaps opening a gelato shop at the end of summer isn't such a bad idea after all. 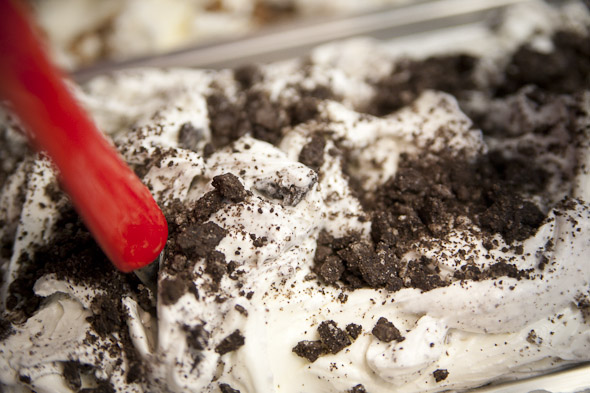 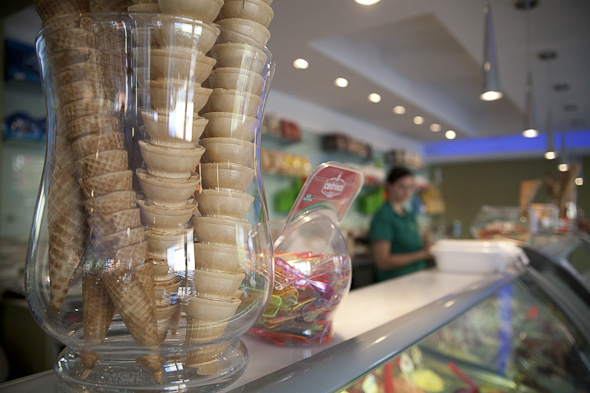 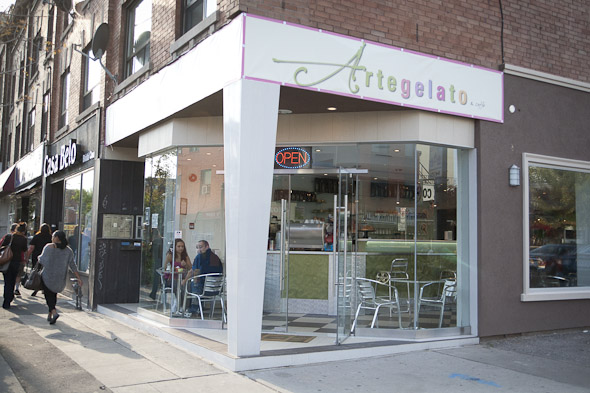