The building where the bar sits was formerly Antique Asylum, a business co-owner Michael Yee's family had run since the 90s. 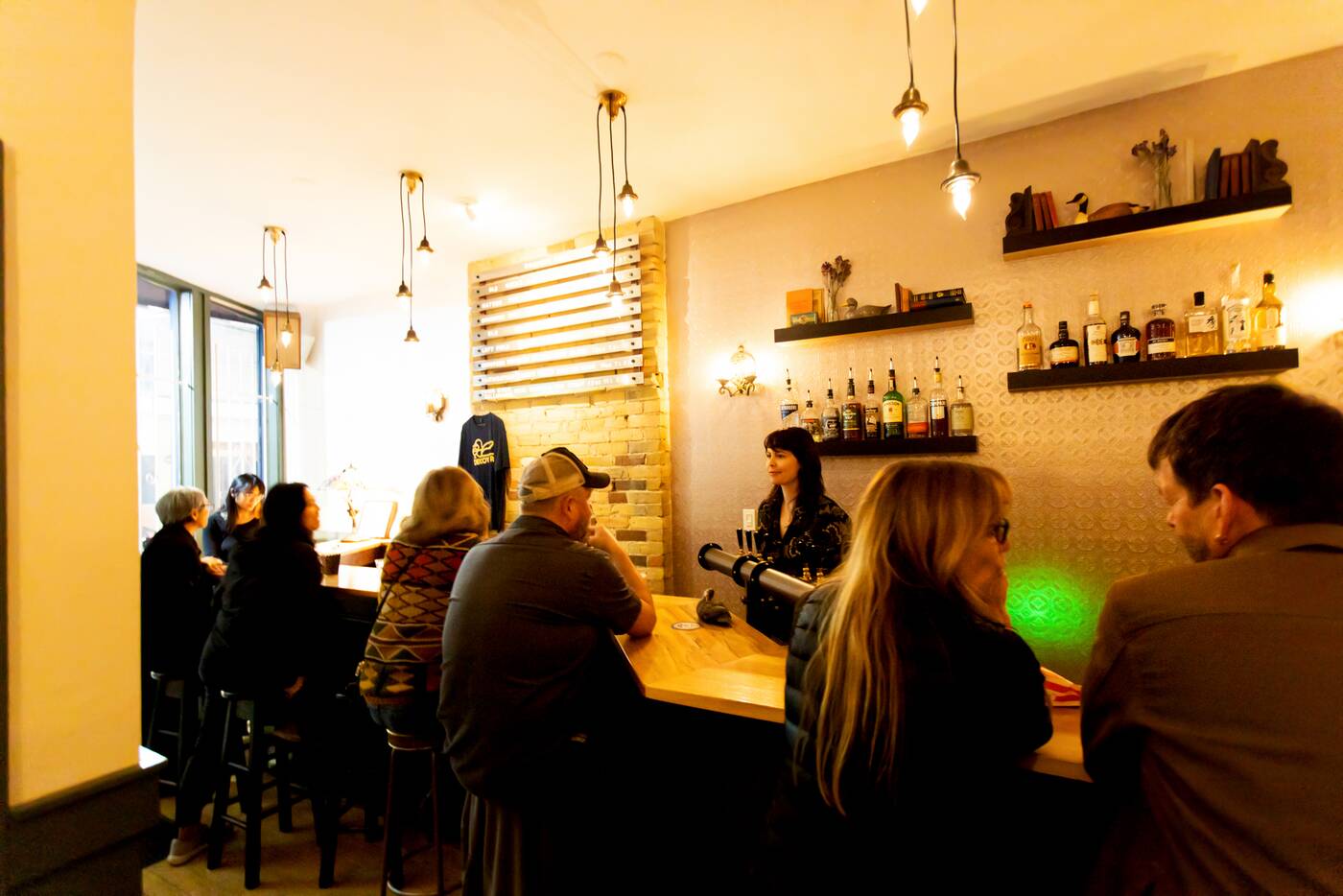 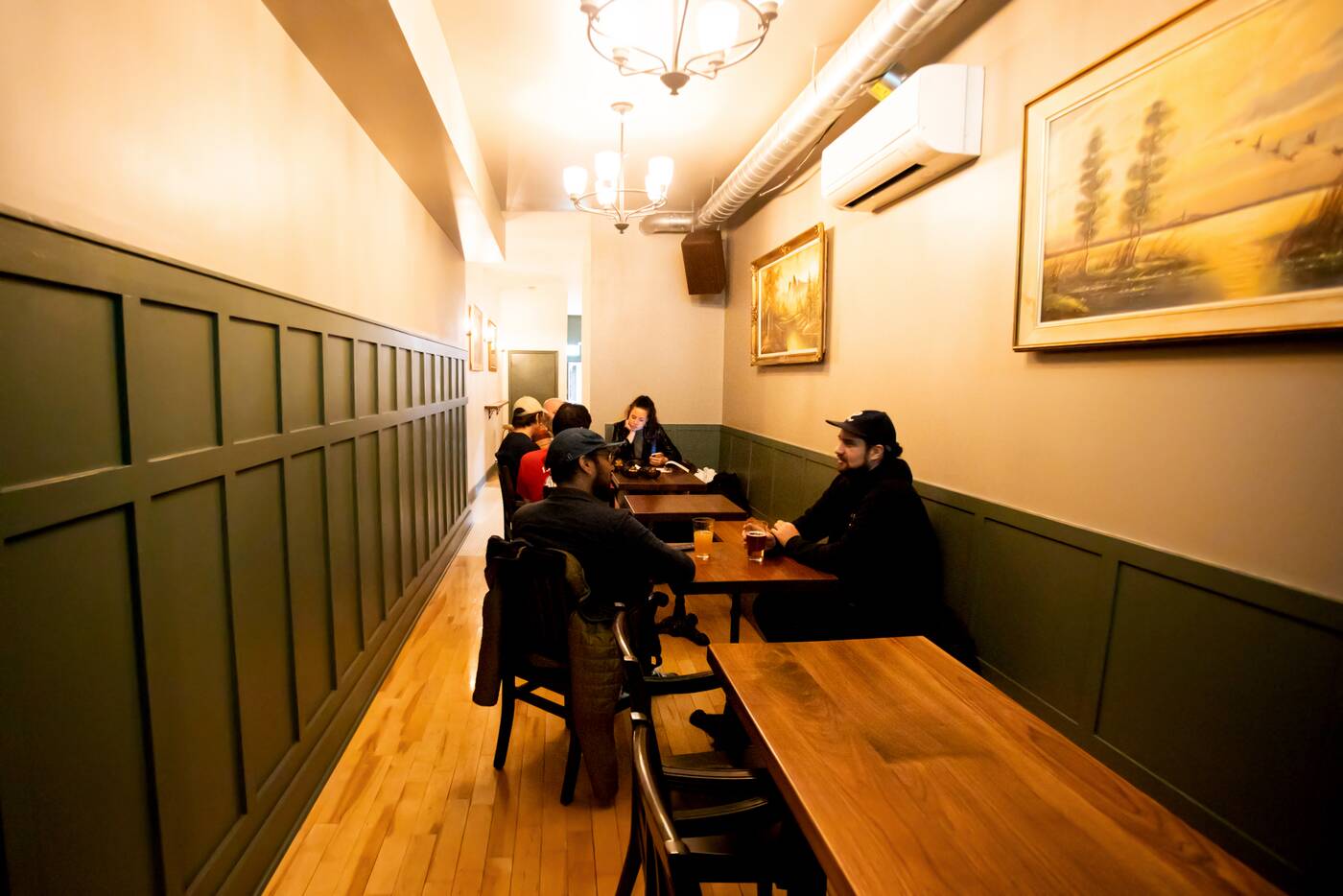 Growing up at the intersection of Queen and Parliament, Yee tells blogTO the area is a like a desert for quality bars.

He and Wells wanted to create a communal space for both residents and community neighbours to gather so they wouldn't have to commute downtown. 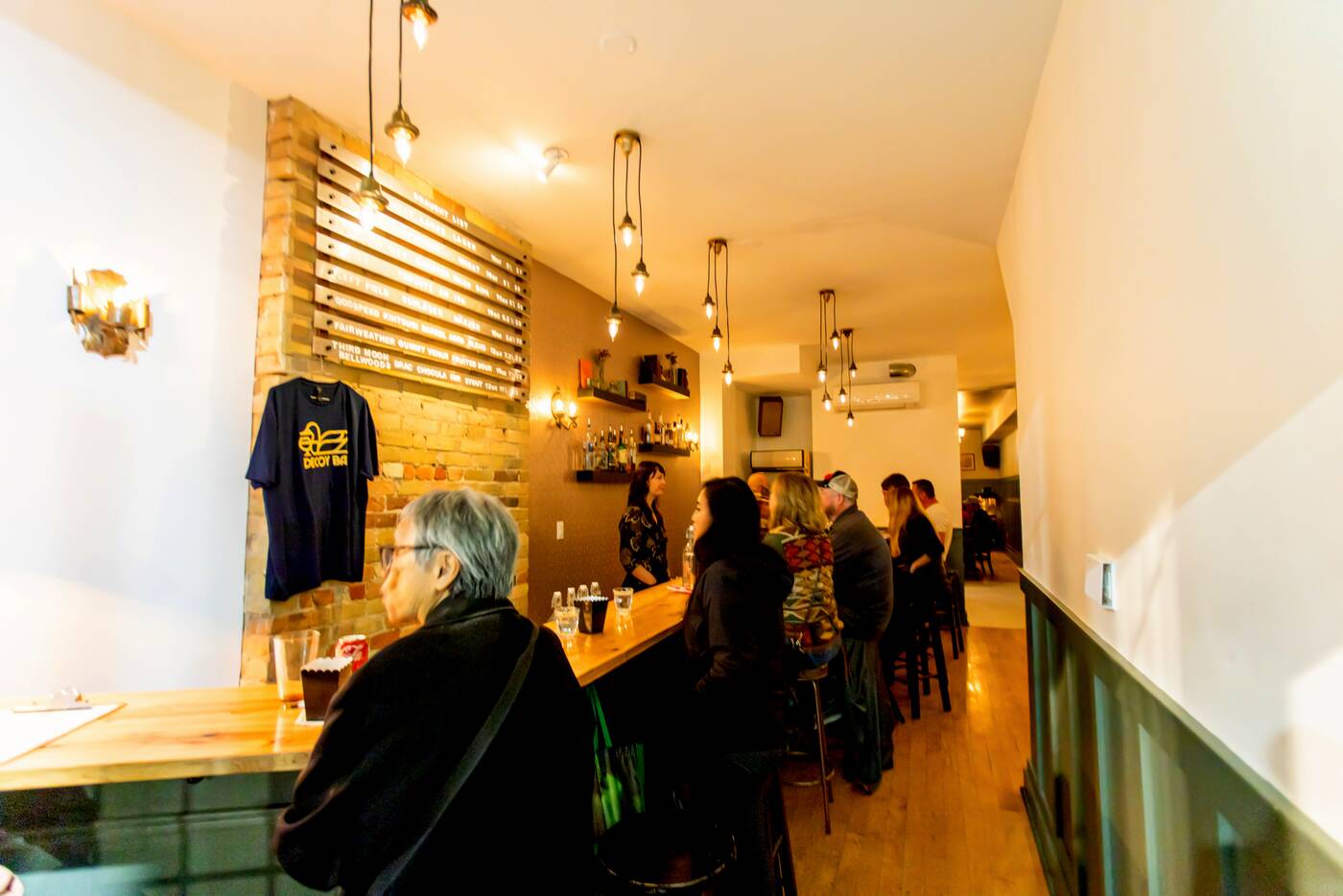 The drinks here focus on the partnerships Yee and Wells have cultivated with local breweries such as Godspeed, Bellwoods, Shacklands and Fairweather. 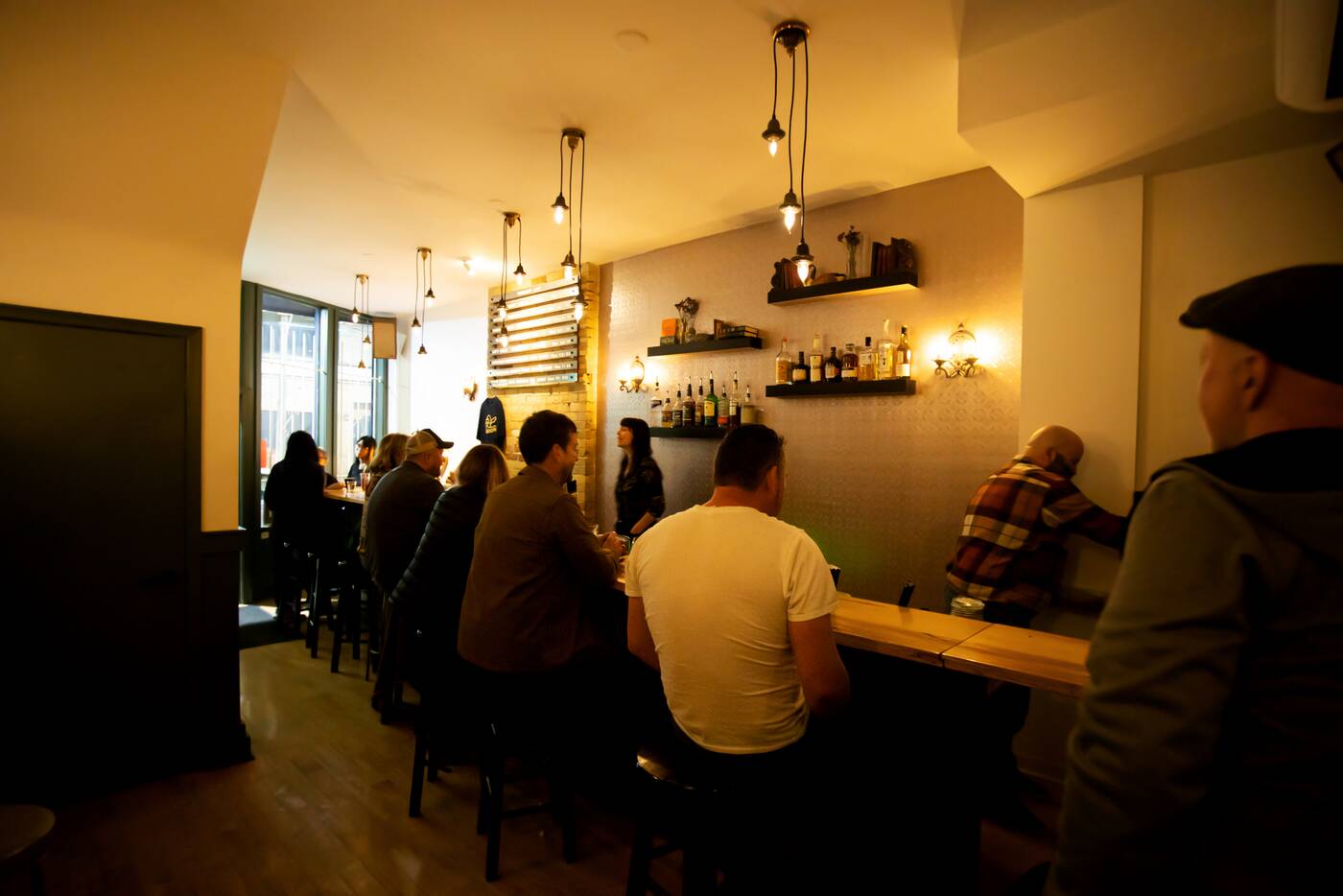 The menu is pretty concise with a list of beers on tap, canned cocktails, ciders, mixed drinks and wine. 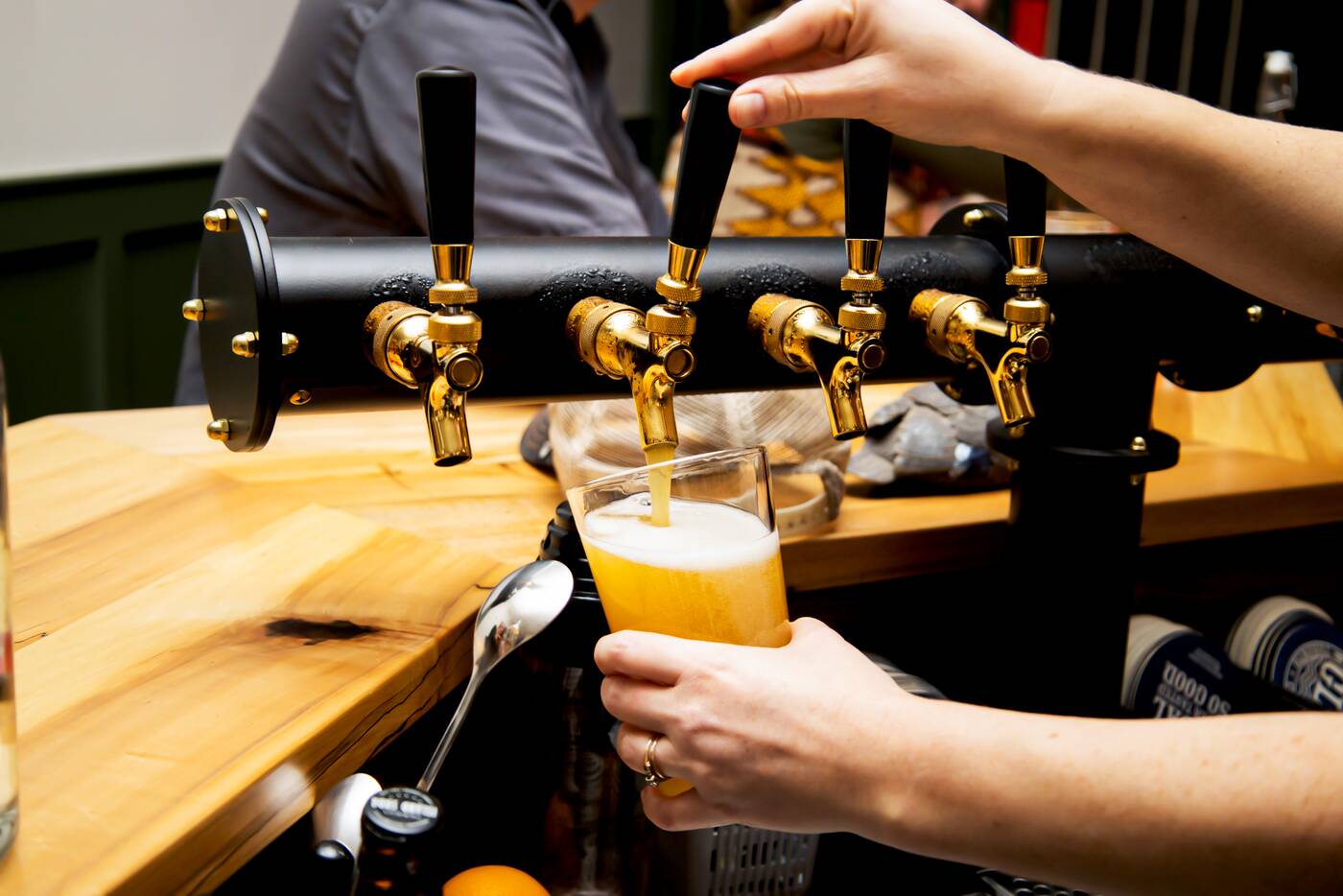 I started with the Gummy Venus ($9) from Fairweather Brewing. Fresh from the tap, it's a fruity sour made with lactose, orange, pineapple, and rosemary. 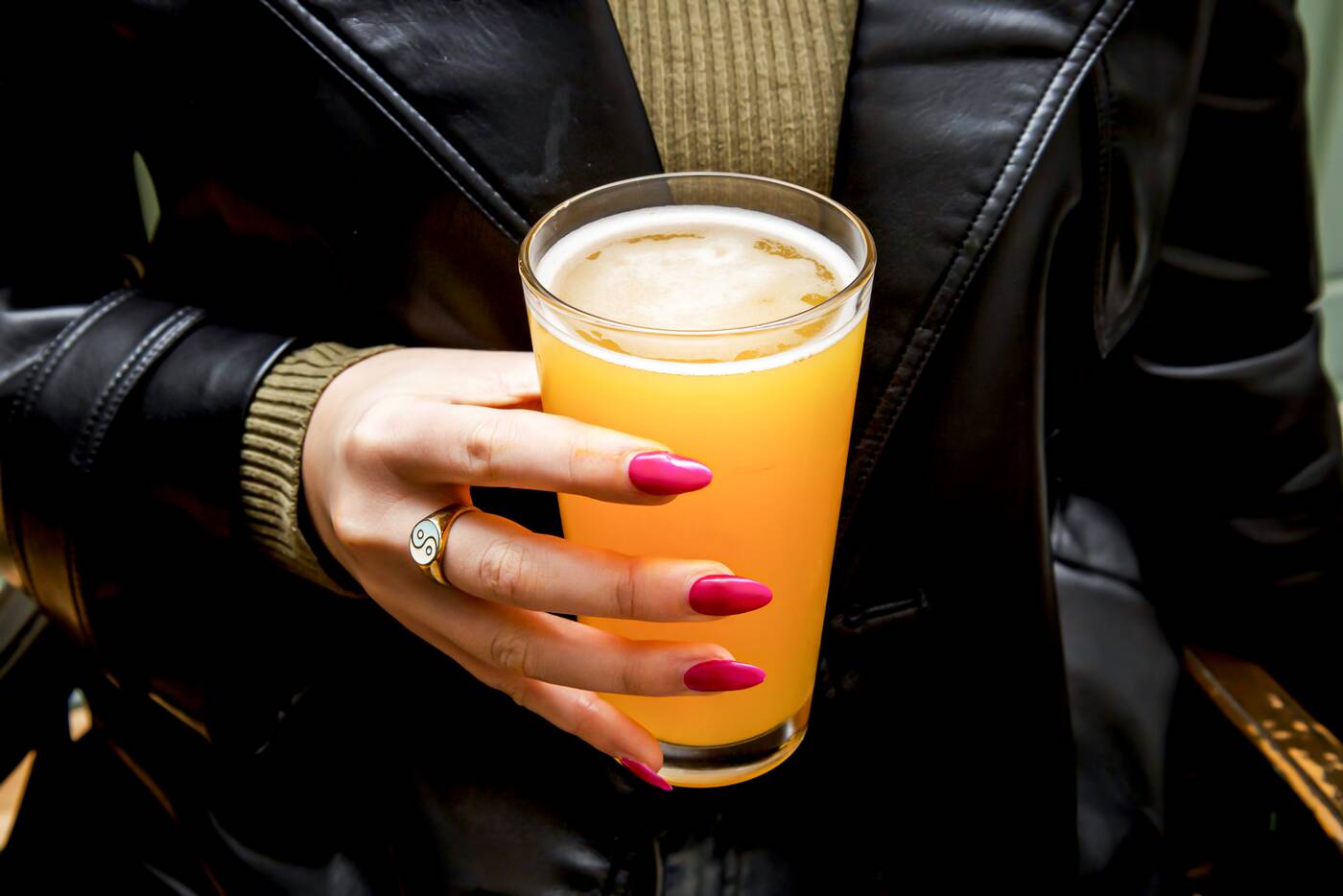 The addition of lactose resulted in a much sweeter profile compared to other sours I've tried before. It had a taste resembling orange sherbet. 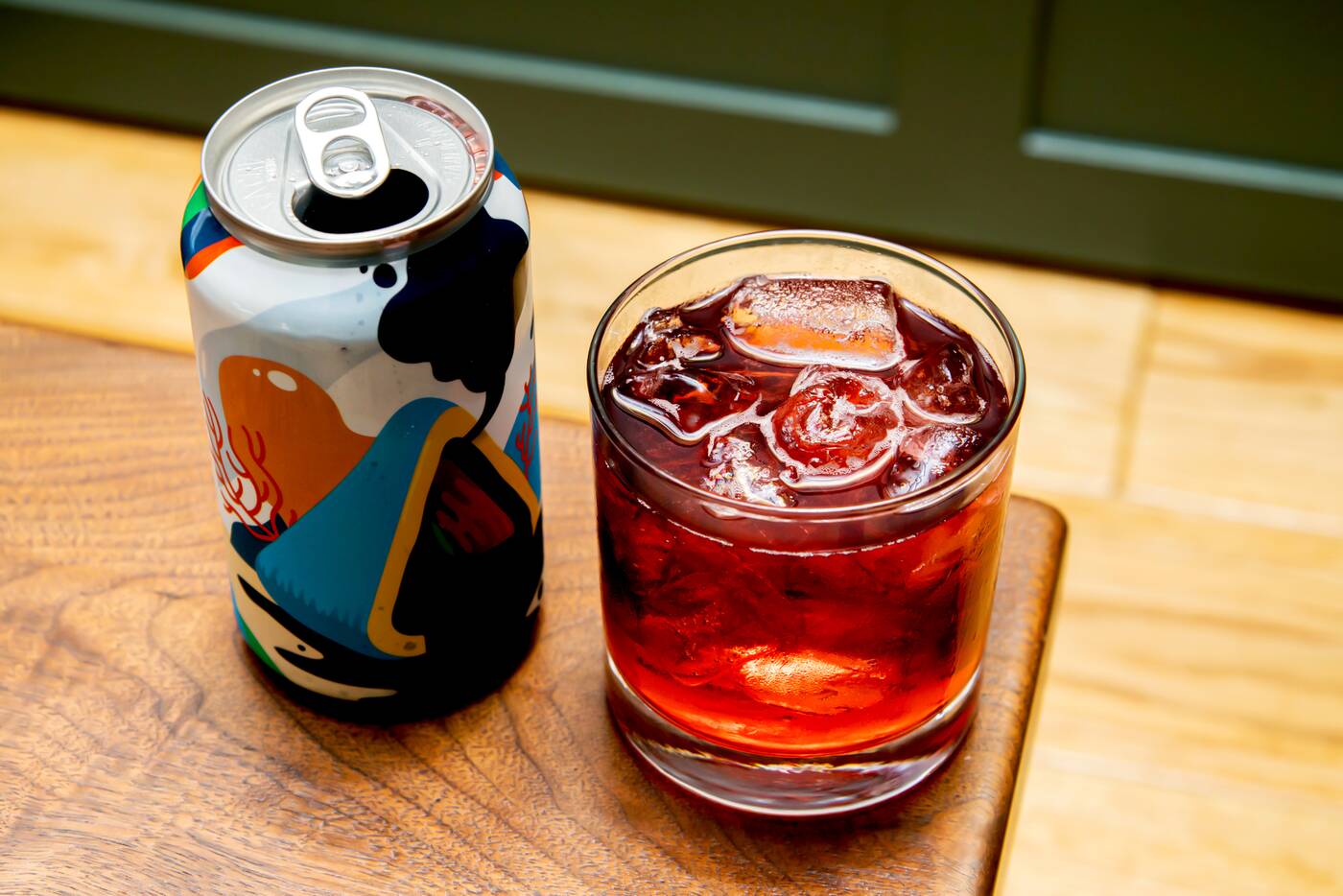 Collective Arts' Pink Gin & Soda with rhubarb and hibiscus gin ($8)  packed a juicy punch and had spicy notes of cinnamon, clove and cardamom.

Clocking in at 5.0 per cent ABV, this drink is a unique alternative to a basic gin and tonic. 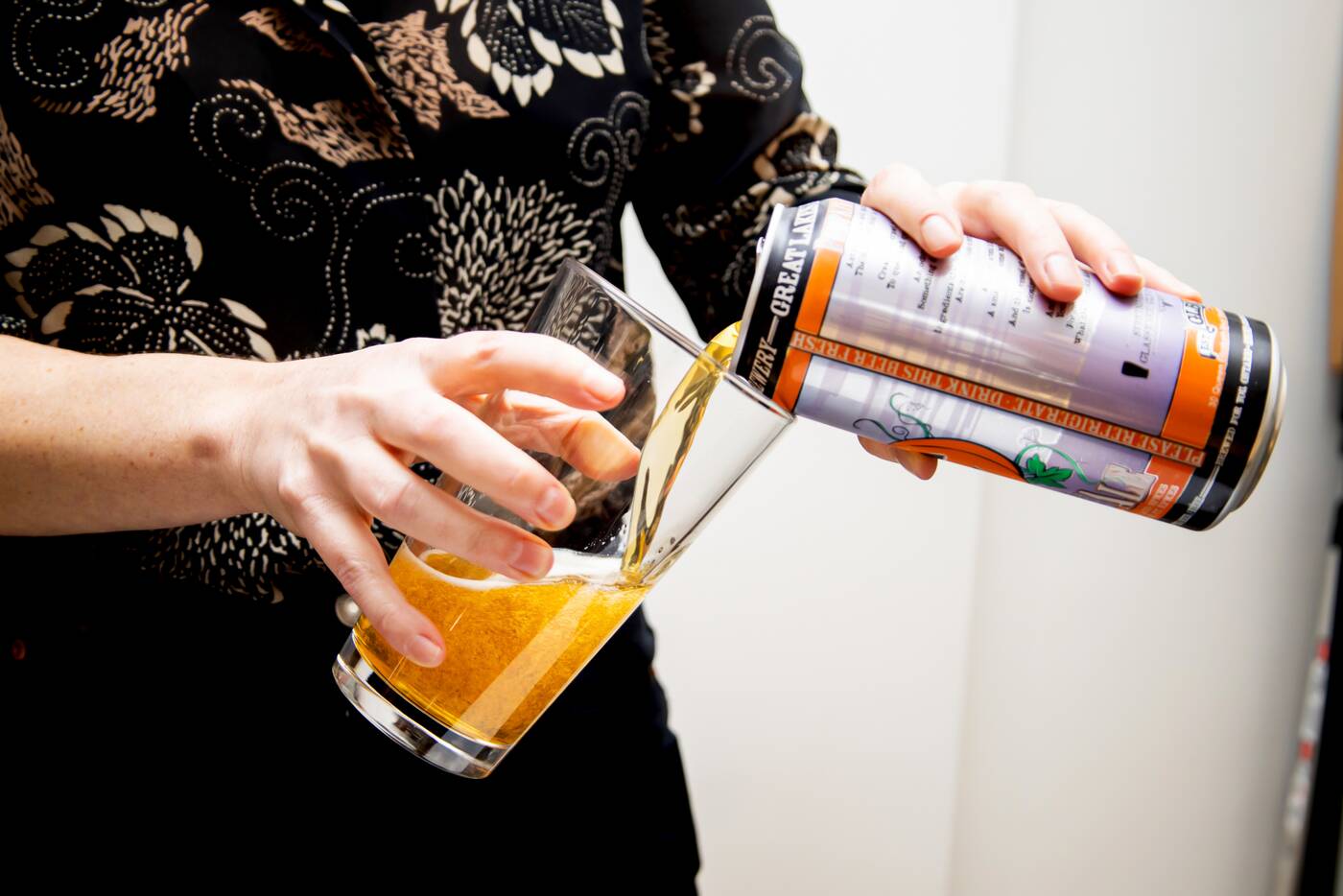 The Pumpkin Ale by Great Lakes Brewery ($7) is a good drink as we're transitioning into a cooler, crisper time of year. 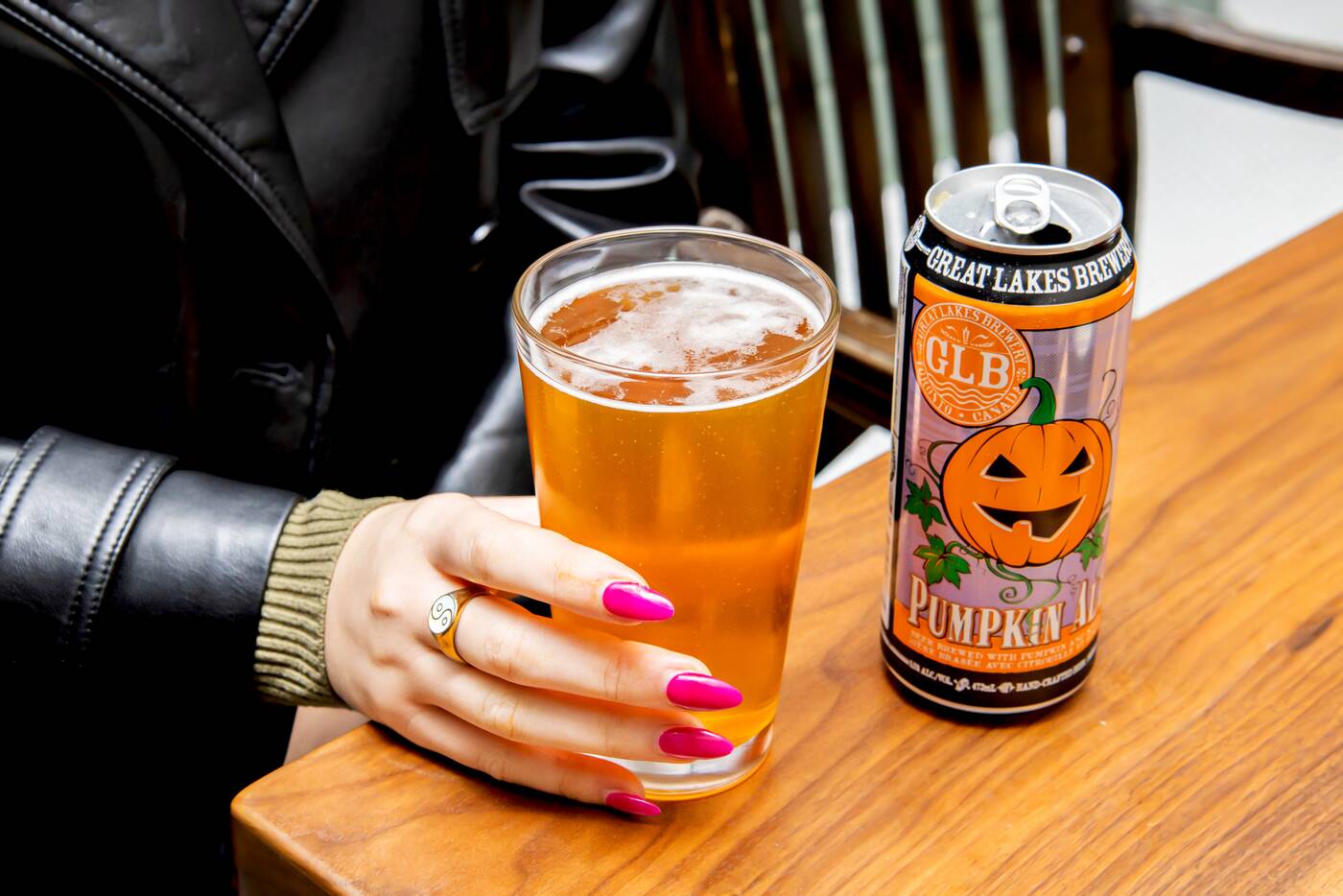 This beer is brewed with Ontario-grown pumpkins, as well as cinnamon, clove, nutmeg and allspice.

All of the food served at Decoy is prepared by Chef Koji Zenimaru of Kingyo Fisherman Market and Tsuchi Cafe. 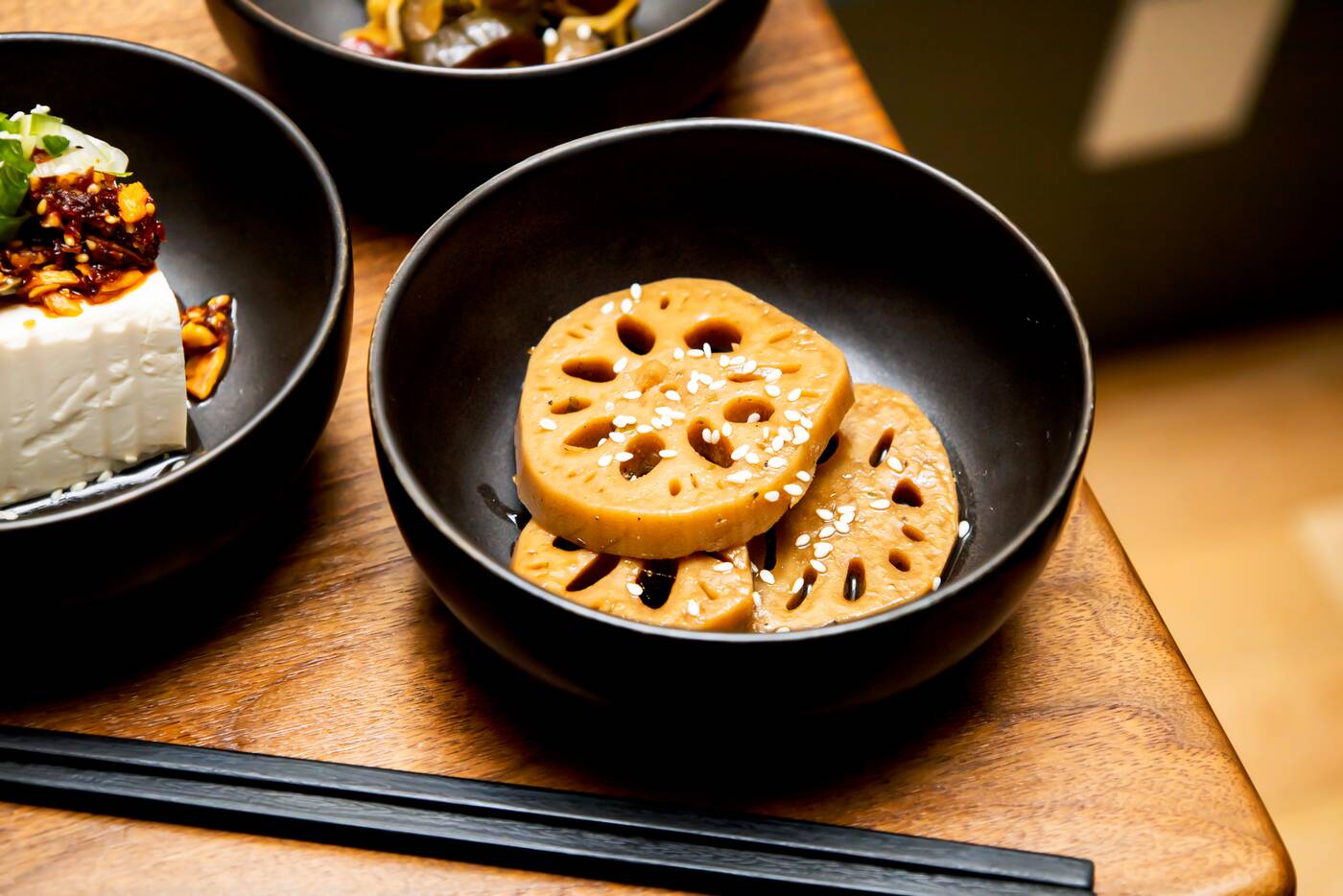 Renkon Kinpira ($9) is lotus root that's been simmered in soy sauce and sugar and garnished with sesame seeds. The result is sweet and salty with a crunch that's similar to cucumber. 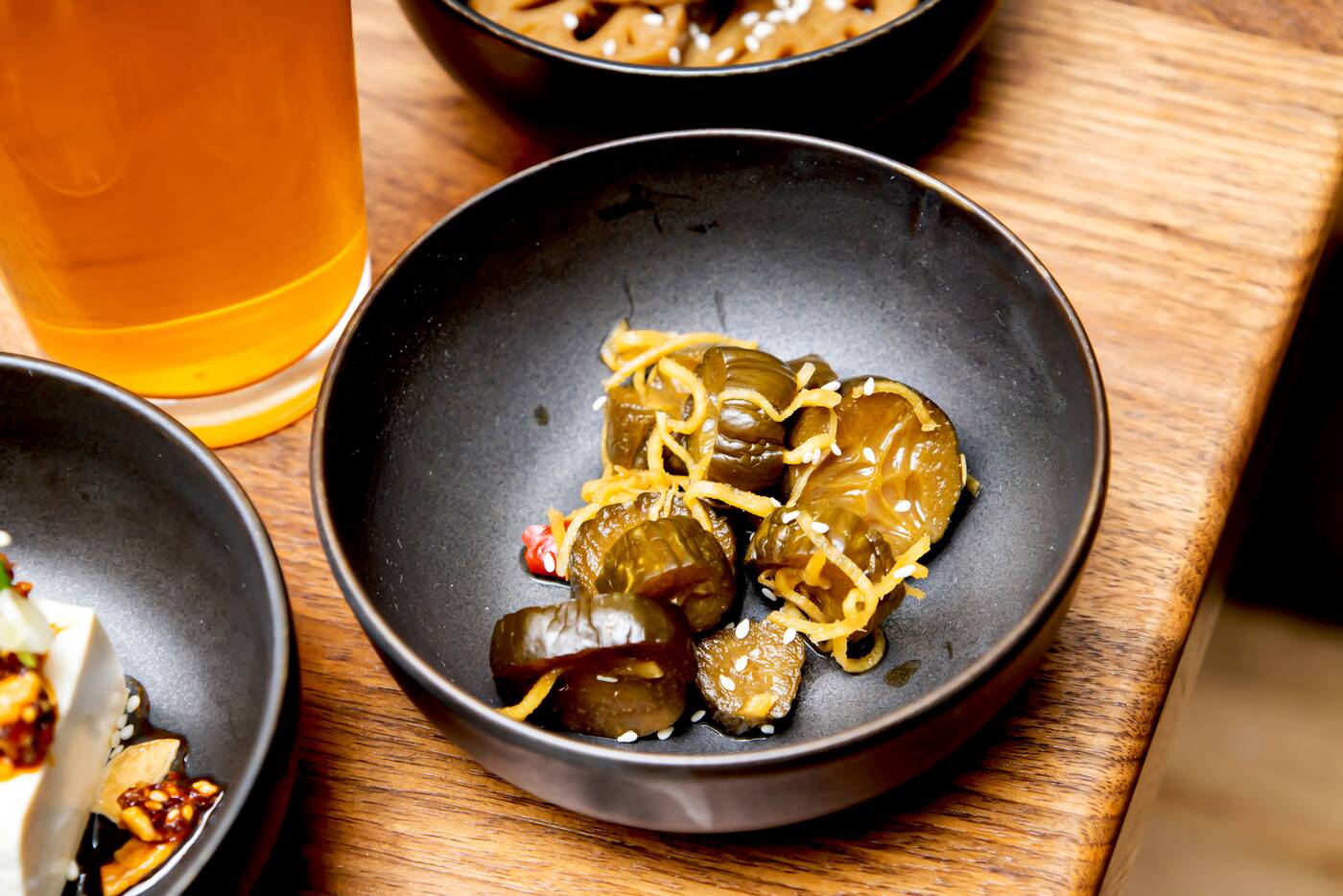 Pickled cucumbers ($8) are given zing by the addition of ginger. 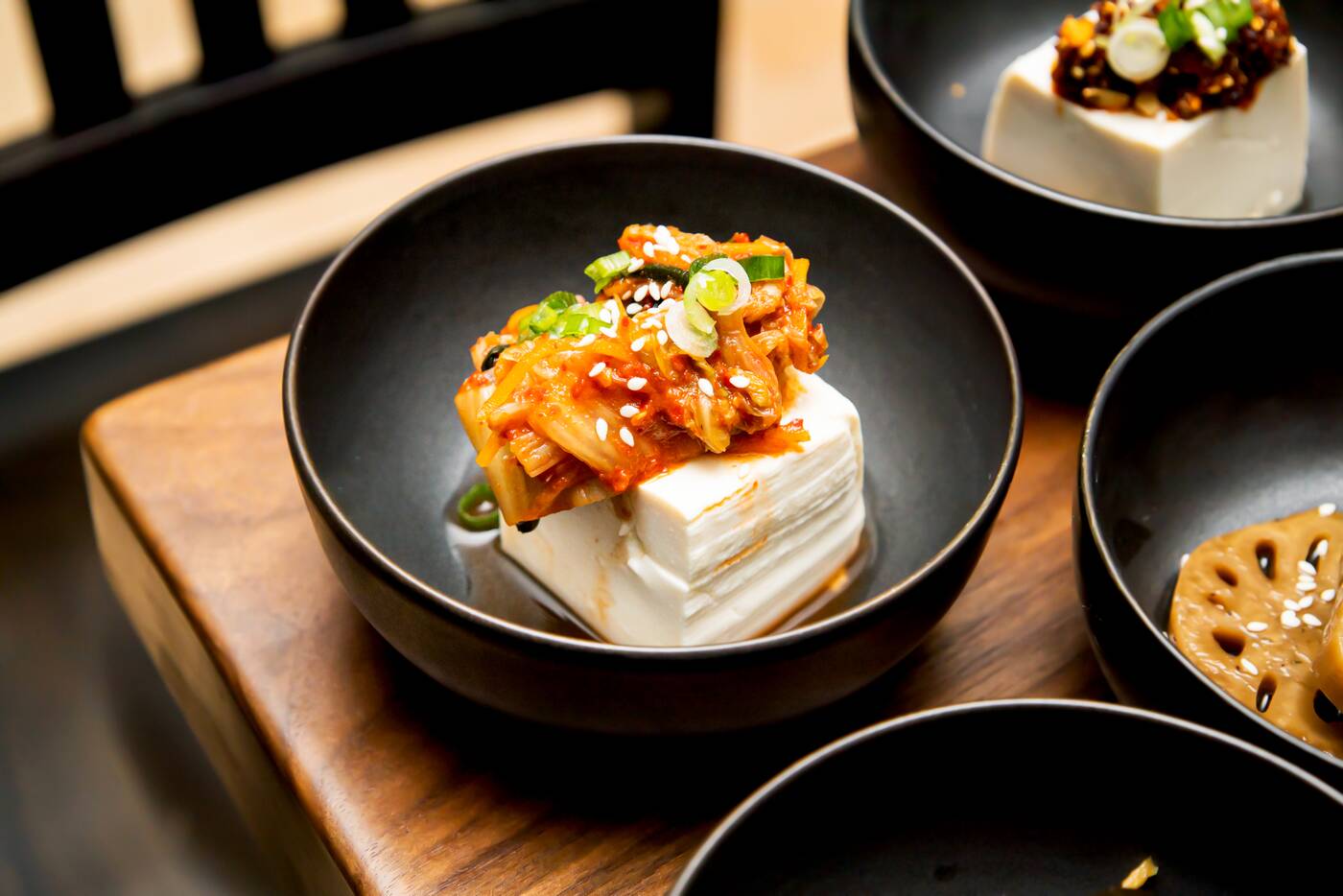 Silken Tofu with Kimchi ($12) piles kimchi that's made with cabbage, carrots, kimchi sauce, cane sugar and ginger on top. The tangy kimchi adds nice colour and a punch of flavour to this dish. 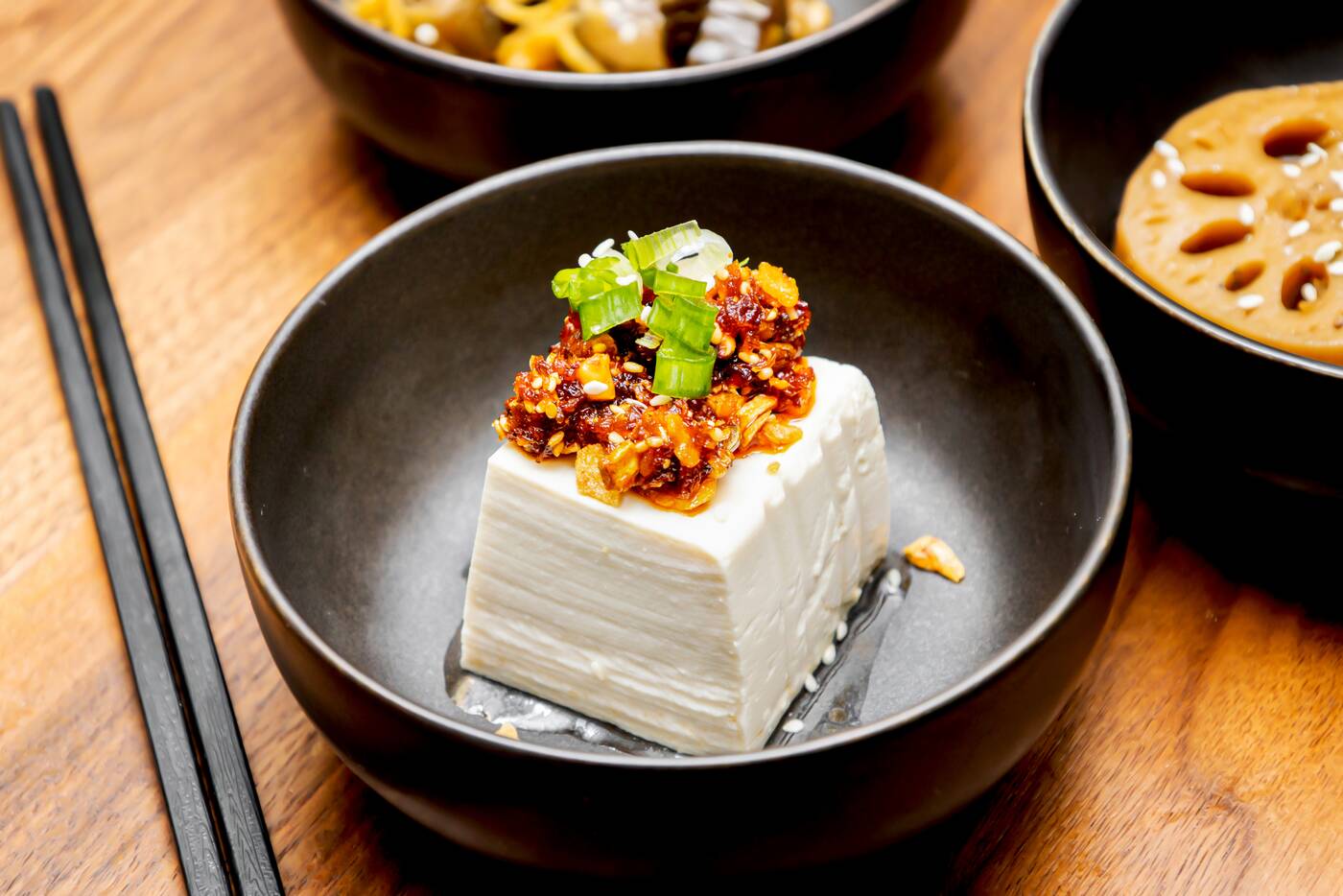 This version of the Silken Tofu is made with Umami Rayu ($12). The latter is a vegan mixture made of green onions, grapeseed oil, crushed almonds and shichimi (Japanese red pepper).

The nut condiment added flavour and texture to the creamy tofu, as well as a hint of heat from the shichimi. 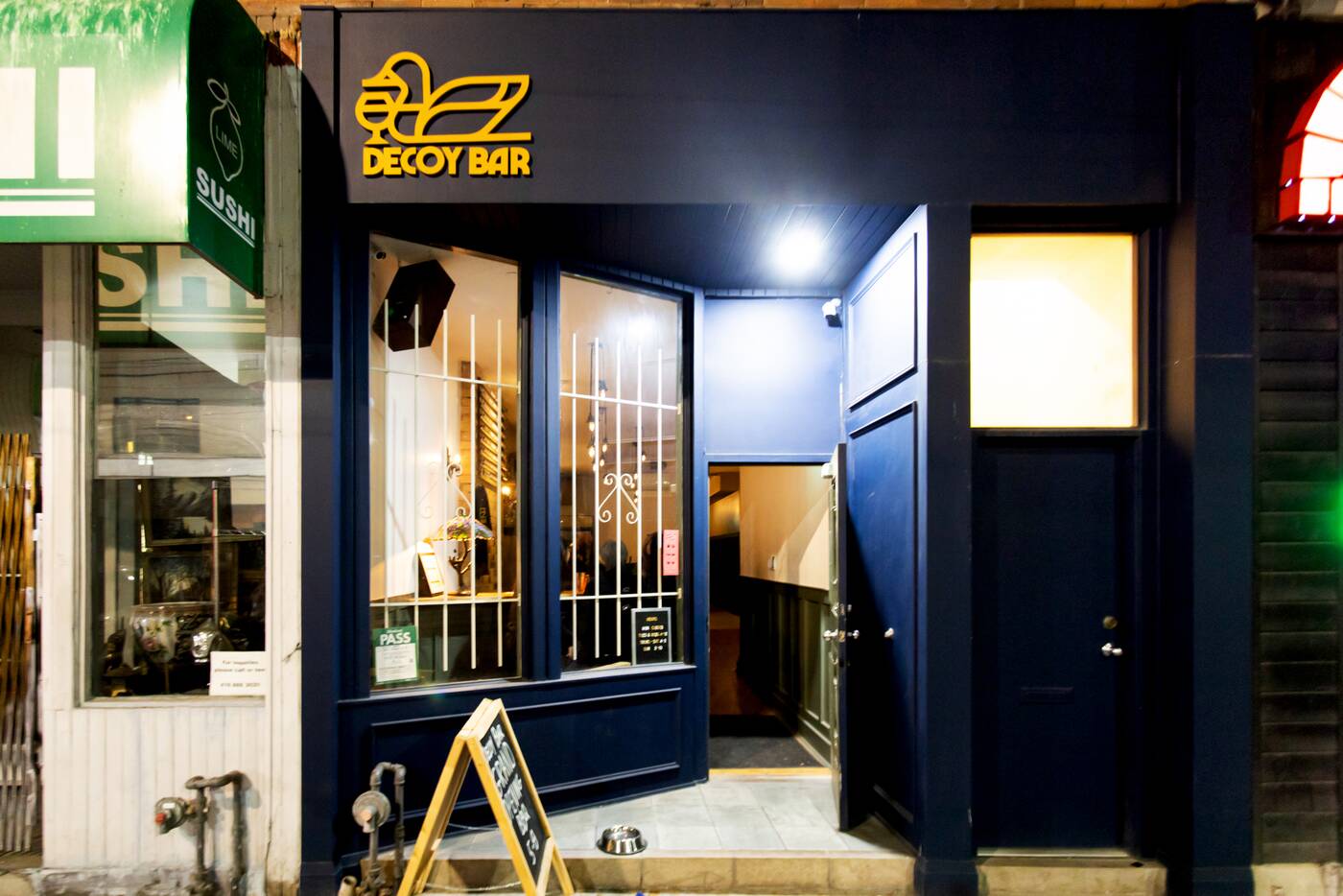 The royal blue entrance to Decoy Bar sticks out among the strip of other small businesses near Queen Street East and Parliament.