Bar Cathedral is an all-in-one bar and intimate live music venue with the same sound system you'd find in a large stadium.

The bar is attached to the Old Spaghetti Factory and was used as an overflow area for busy nights, during the early 2000's at the historic restaurant. 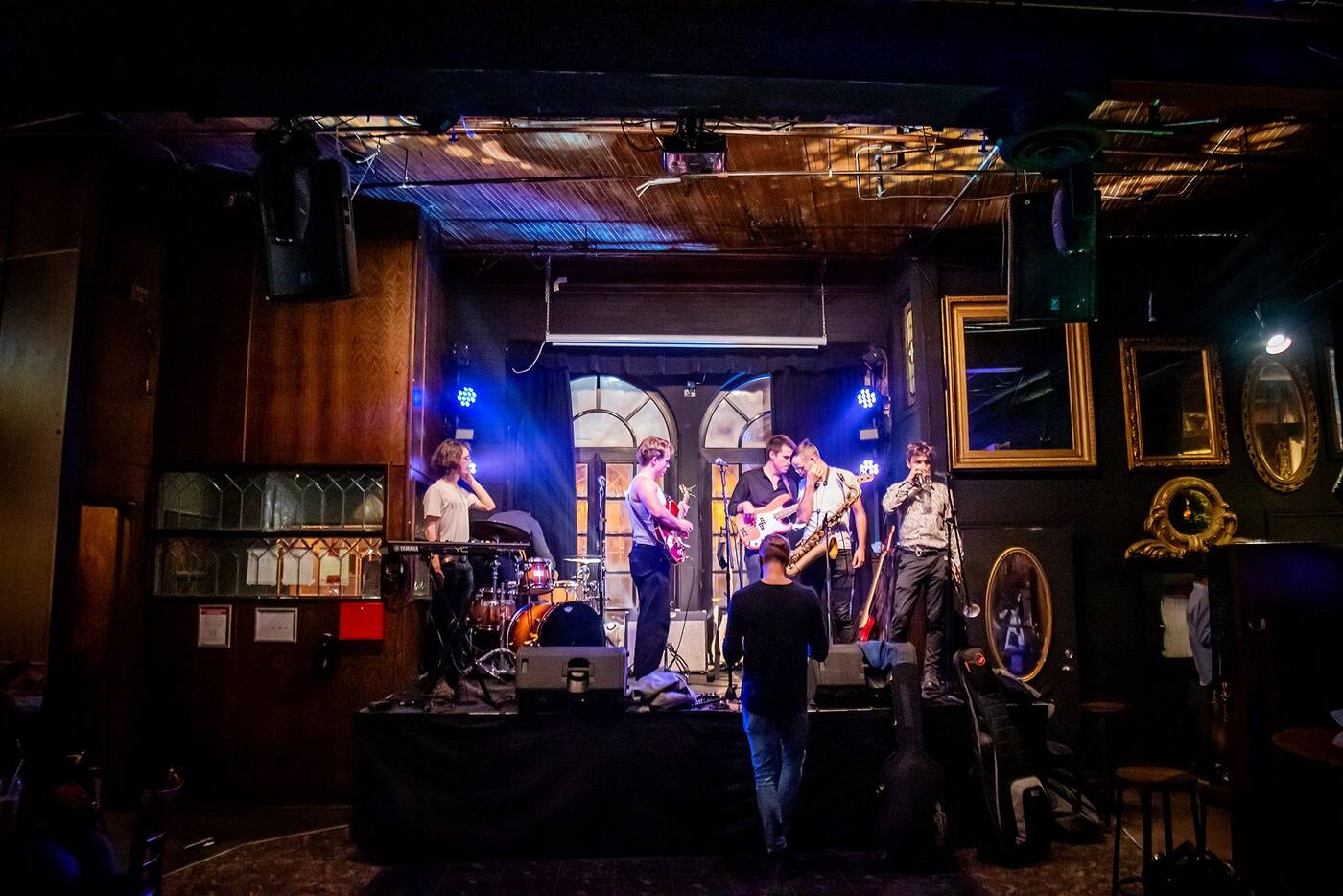 In 2010, live music arrived at the space when it became the Amsterdam Bicycle Club, this lasted for about a decade, until lockdowns hit in 2020.

There was mass uncertainty about how music venues would survive with restrictions in place. 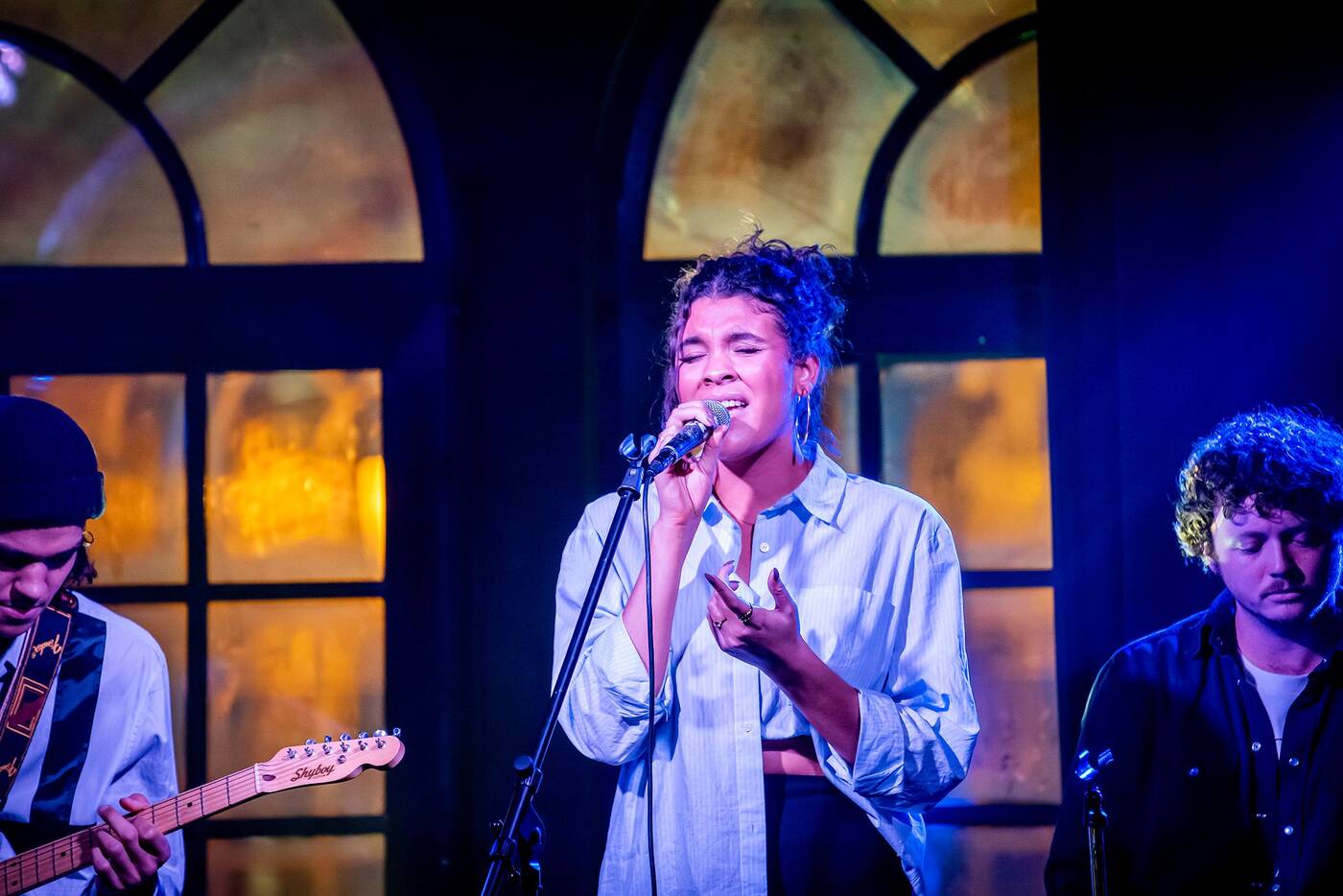 However, Graham Hnatiw, director of operations at Cathedral kept optimistic, he knew that when lockdowns did blow over, people would want somewhere to reunite with live music again. 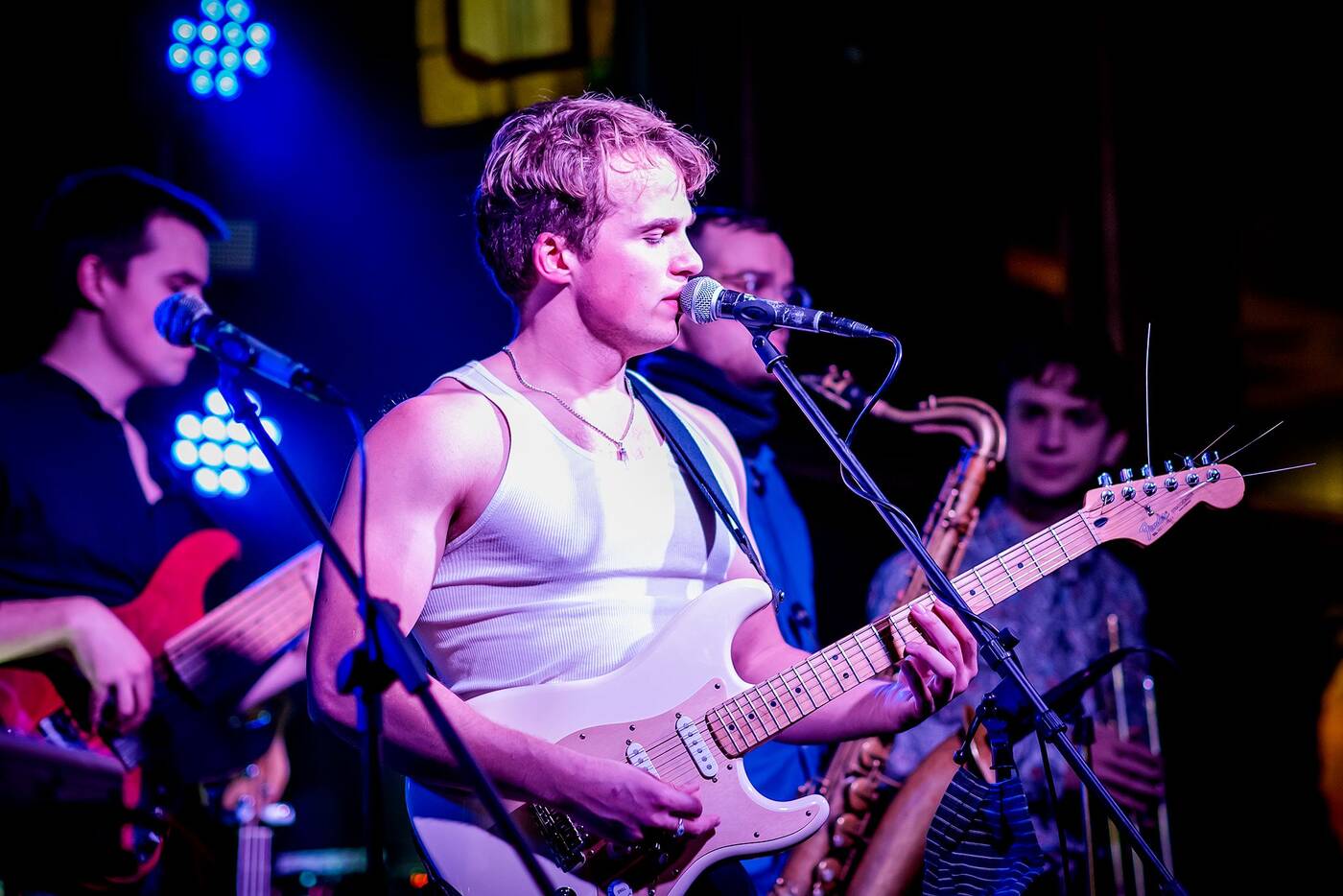 With that in mind, the entire space was repurposed to be an elite music listening experience. It's no longer a casual spot people showed up to have a few drinks while talking over performances.

When the music is happening, the audience is tuned in, mesmerized by the soundscape beaming around them. 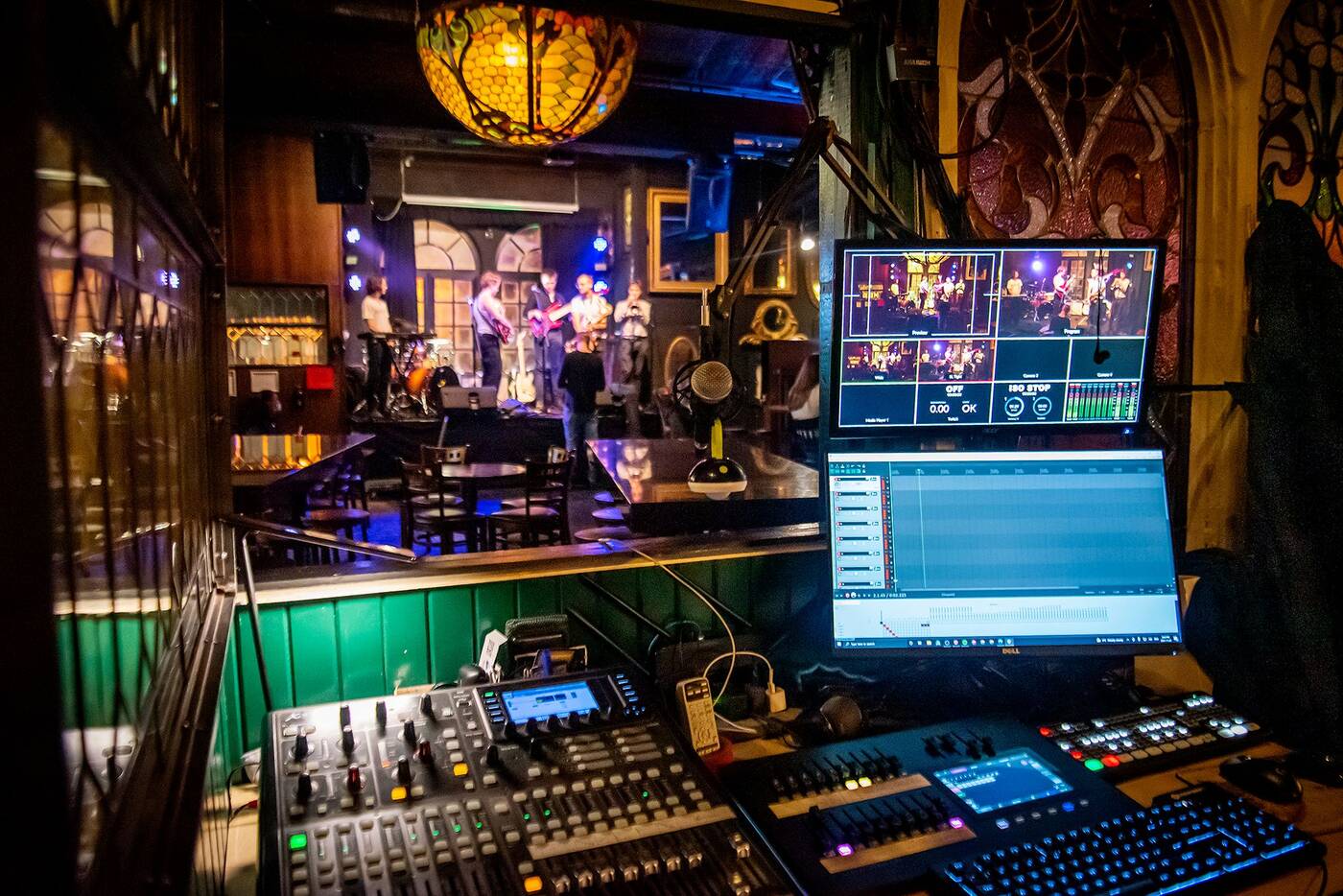 The bar got a huge upgrade with the help of technical director Adam Germain. It's now equipped with a brand new sound system, subwoofer speakers, 4K cameras, and a custom lighting network.

Germain, who once worked for Live Nation is the brains behind the technical side of the show, he operates the sound board in the back area of the bar which has the same production value as a concert stadium set-up. 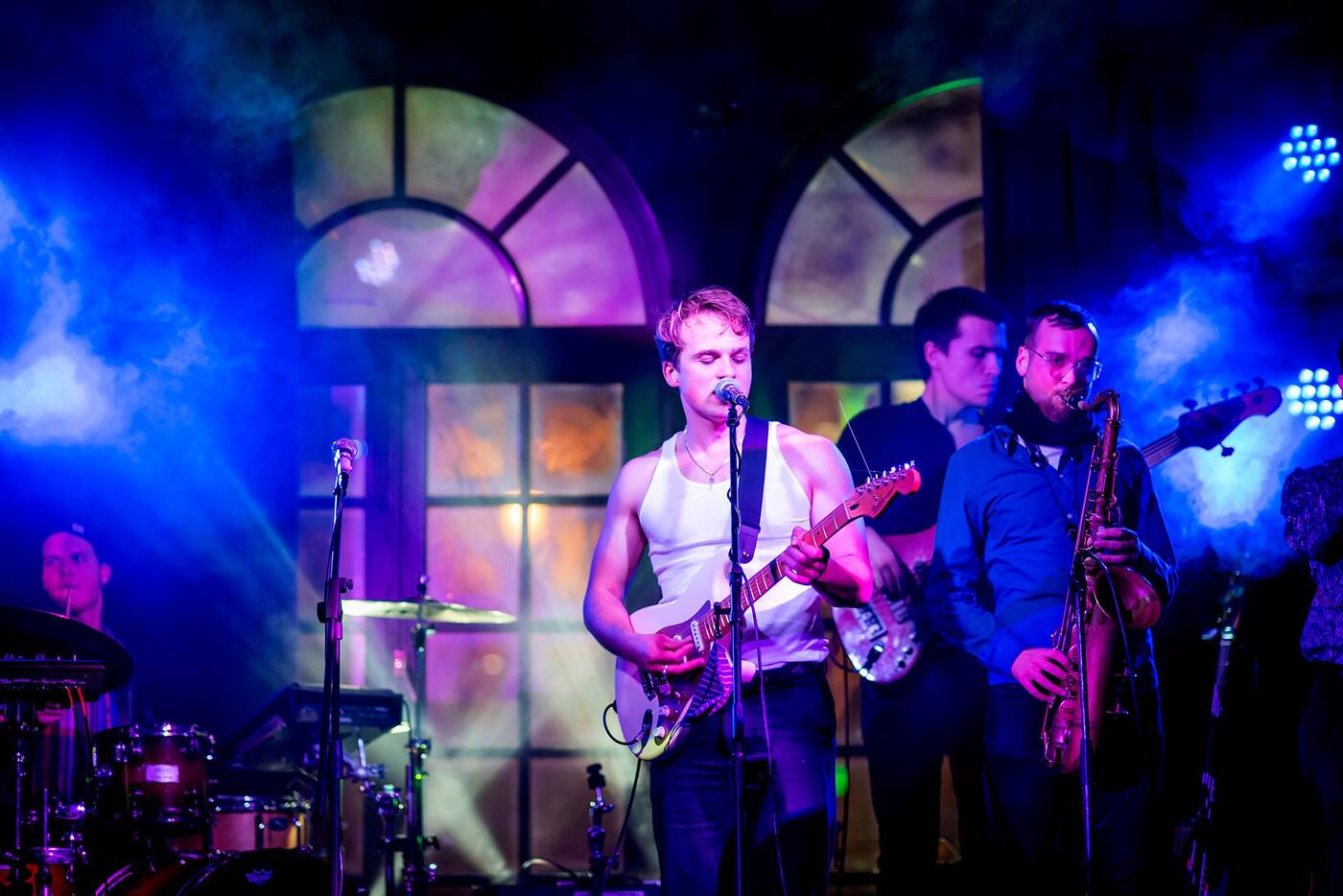 Bar Cathedral hosts a variety of performances, depending on each day of the week. Sundays, they do comedy shows, Mondays are open-mic nights, Tuesday to Thursday you'll hear live music, and the weekends are hosted by DJ's of all genres. 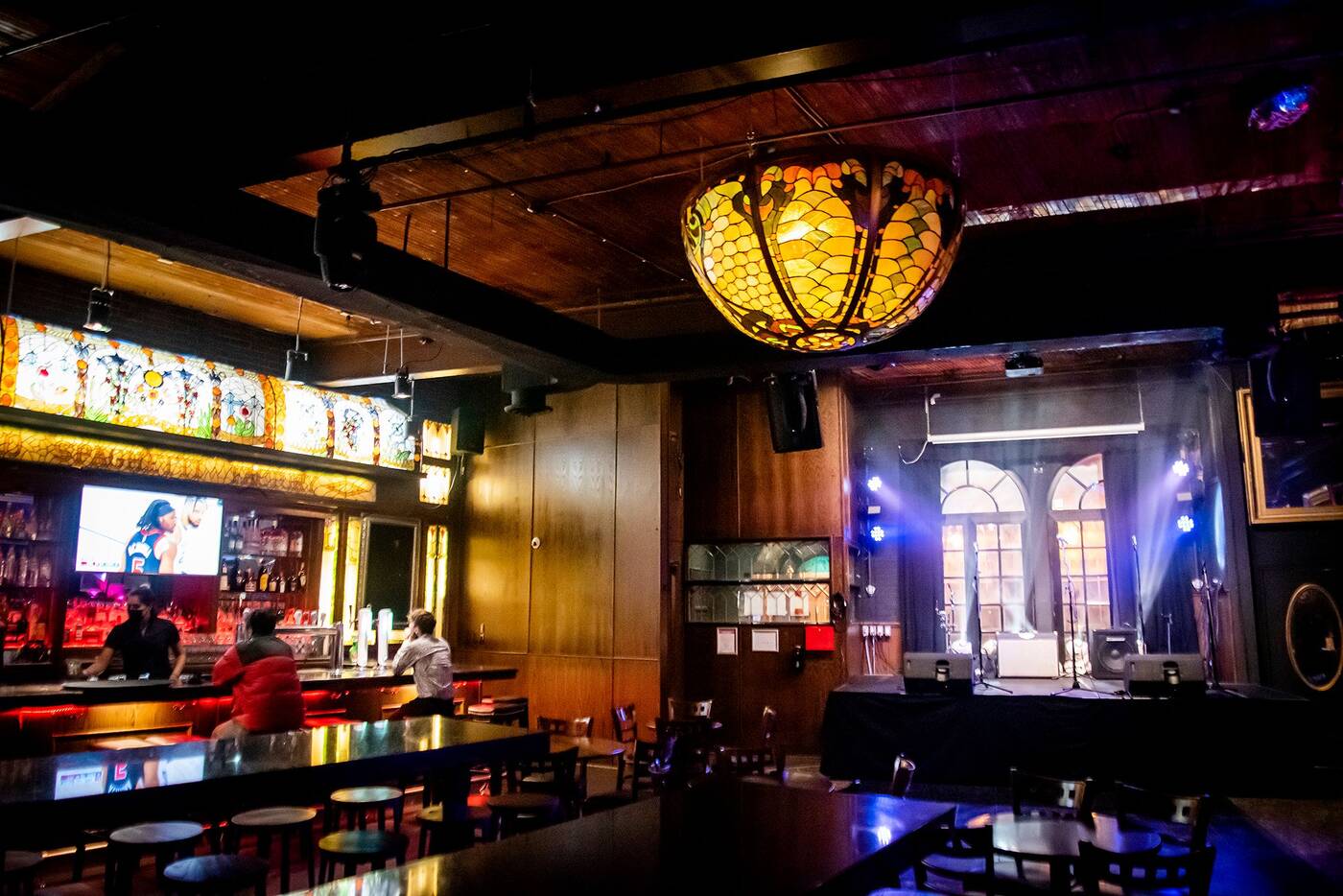 Church-stained windows that extend from the Old Spaghetti Factory encompass this new bar, hence it's name being 'Cathedral'.

Tables and booths are arranged so that no matter where you're sitting, you can watch performances on the stage, or from the flat screens broadcasting them at the bar. 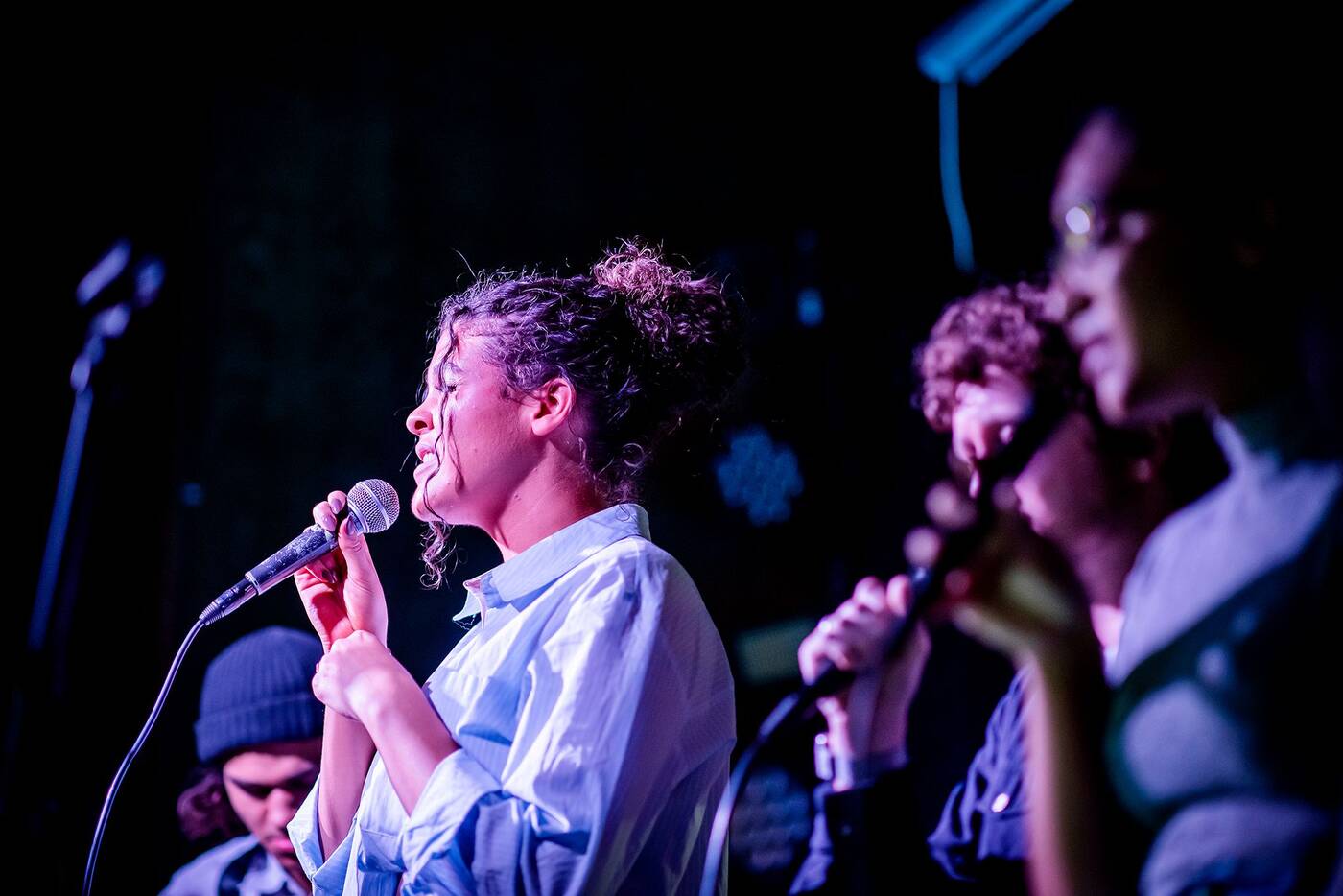 They have a list of house cocktails within the Cathedral theme that you can enjoy while watching the show. Be sure to arrive at least half an hour before the music starts because seats fill up fast in this place. 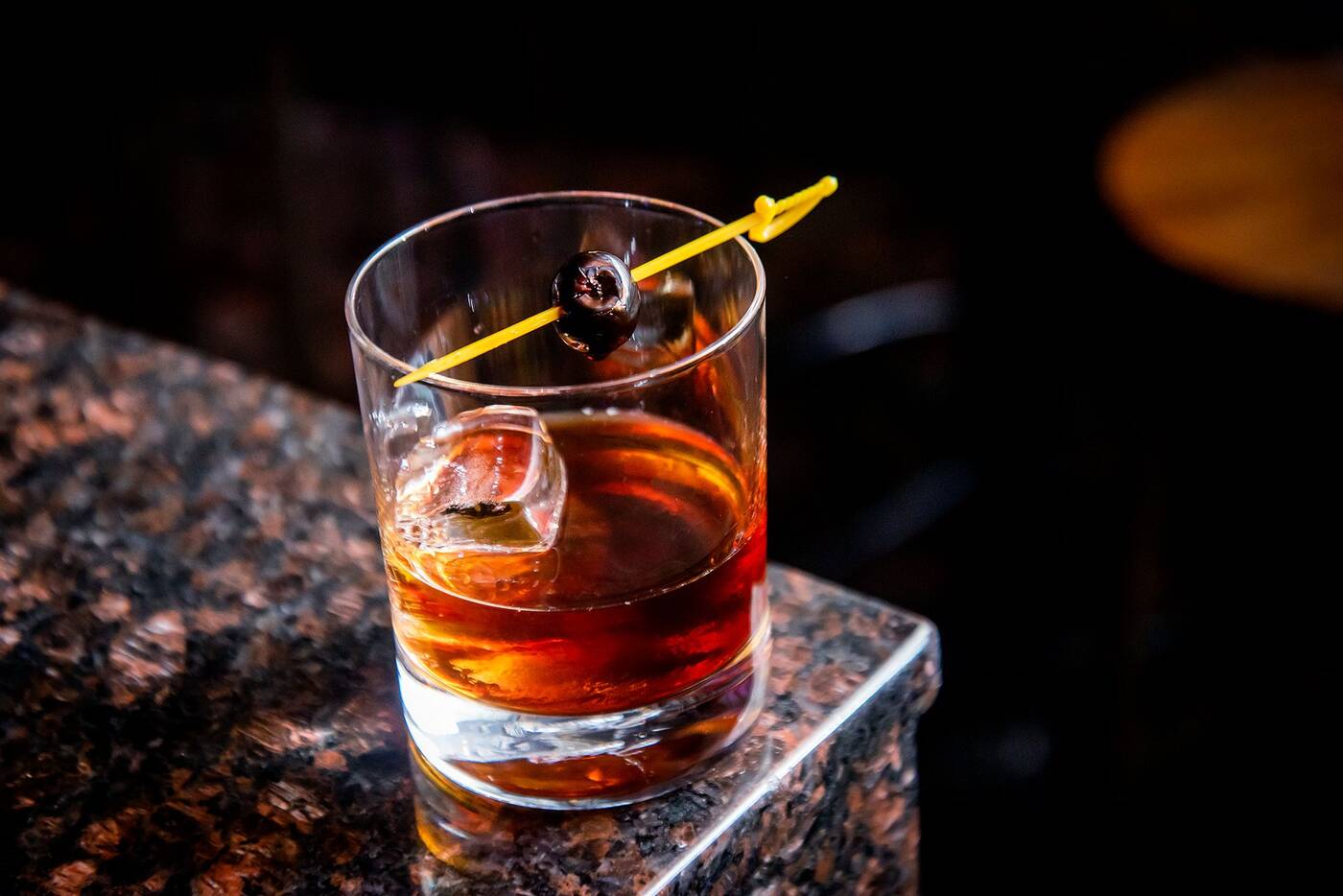 The Money Shot ($15.00) has a base of Jameson Irish Whisky combined with Amaro Lucano, an Italian herbal liquor. Luxardo cherry is added in with Fee Brothers Black Walnut Bitters. An odd garnish of  a single blueberry is added on top, which the drink could do just fine without. 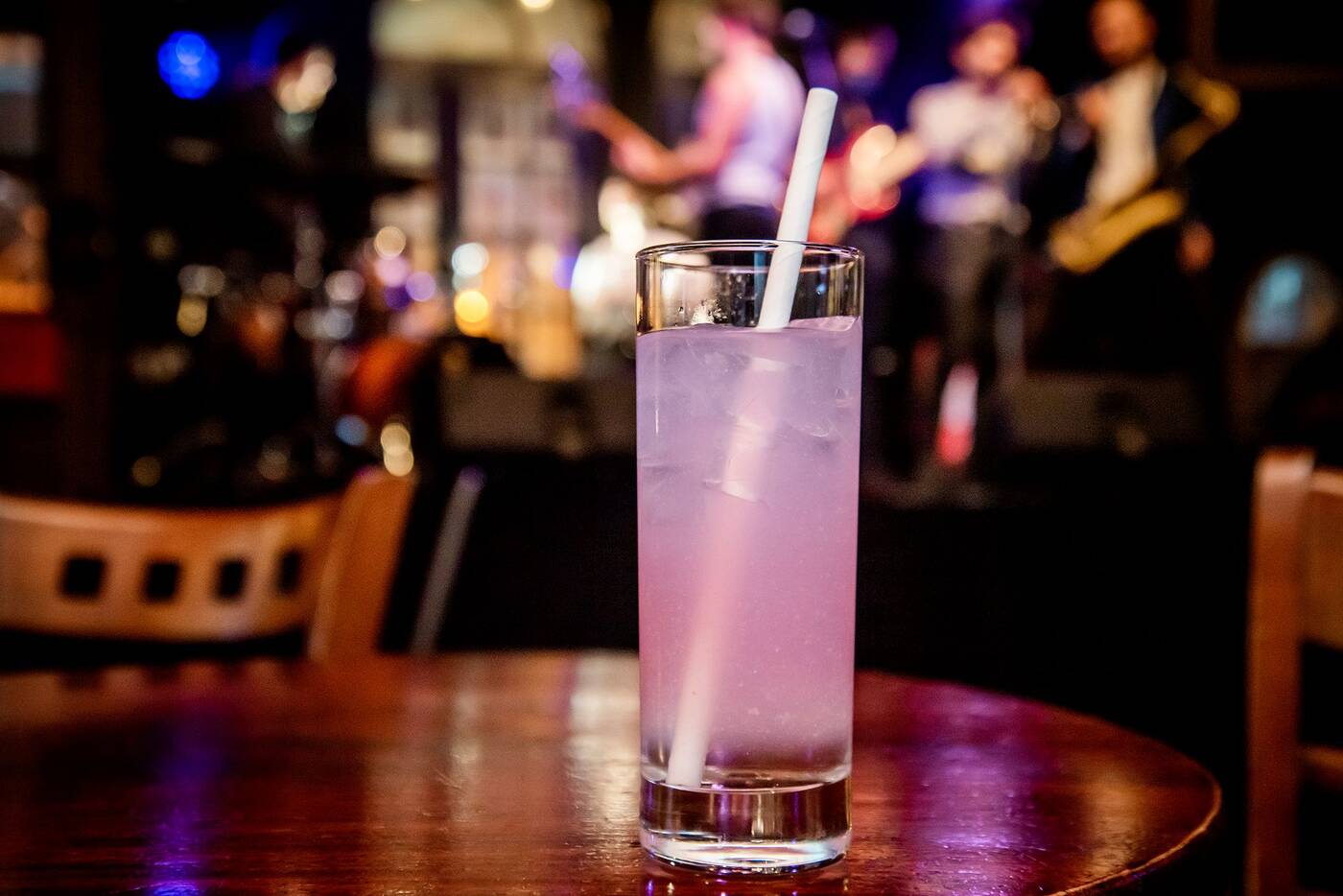 The Holy Water ($15.00) has an attractive colour to it and is even better in taste. Ketel One Vodka is combined with Butterfly Pea Flower Tea, a dash of lemon juice and simple syrup are added in for flavour. 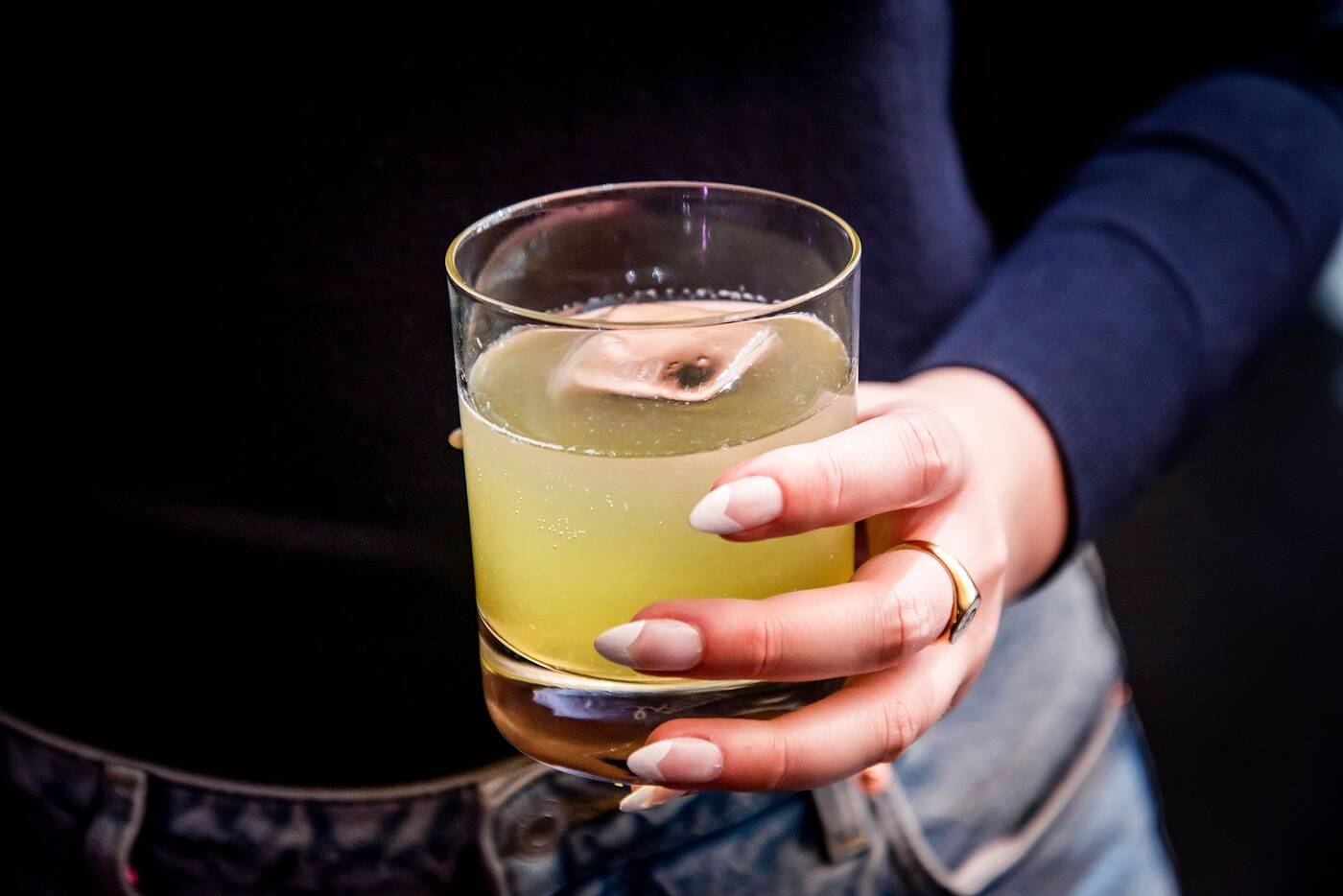 Order the Basic Energy Needs ($15.00) if you're looking to perk up after a long day. Ketel One Botanicals Peach and Orange Blossom Vodka is poured in with Hypnotiq, lemon juice, and topped with Red Bull. 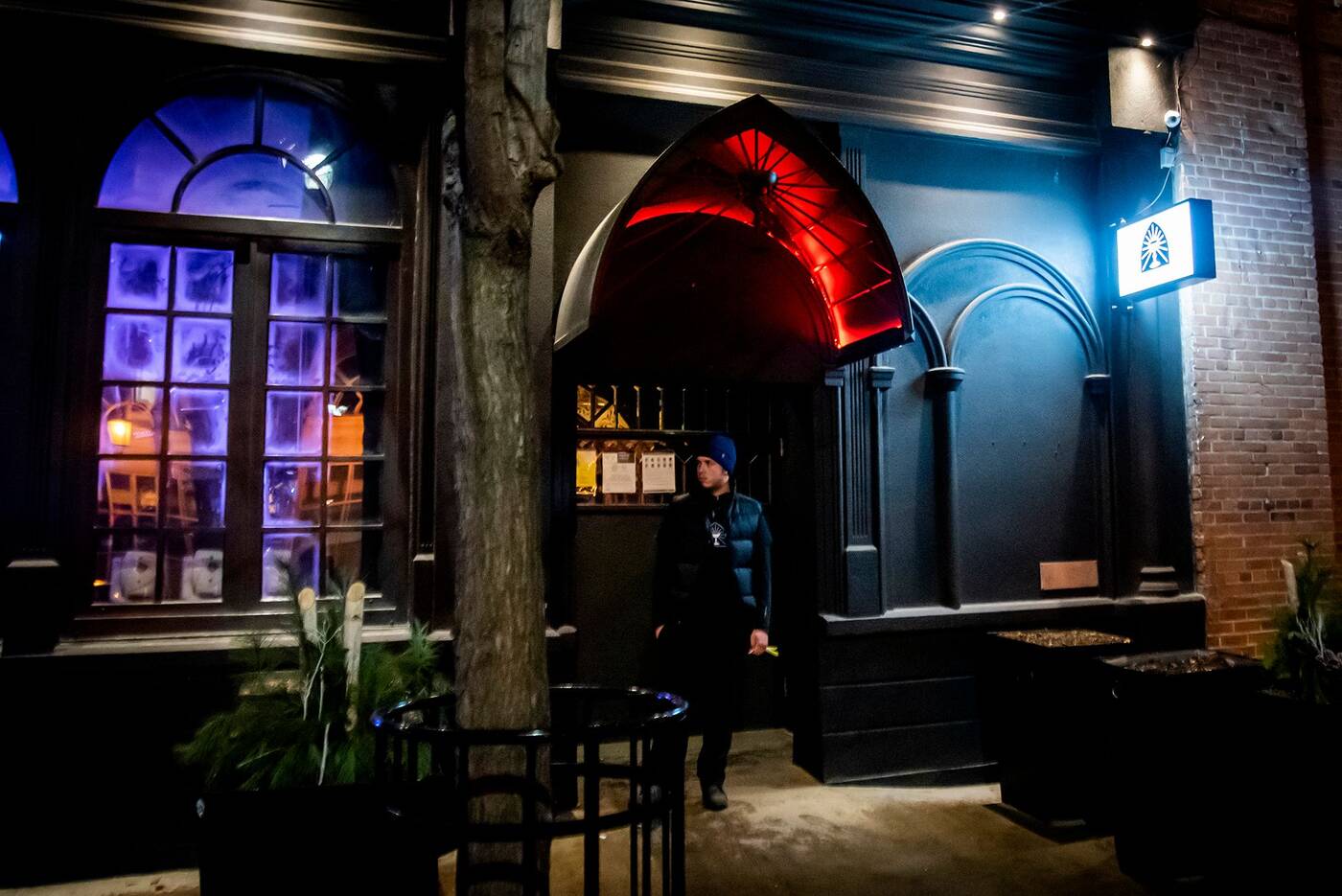 Look for the black arches with vibrant lights peering from the outside of Bar Cathedral, it sits directly between Old Spaghetti Factory and Scotland Yard on the Esplanade.