Sullivan & Bleeker Baking Co. is all about decadence. "Cupcakes, after all," says owner Elyse Wahle, "are supposed to be extravagant." And indeed, these cupcakes certainly are. I'm standing in Sullivan & Bleeker's totally nut-free North York bakery space (there is no retail store), exercising my self-control in front of a tray of the bakery's so-called "Dirty Dozen."

"We used to just have 12 flavours and that was our 'Dirty Dozen,'" Elyse says. "But now we have a lot more, so we switch them up." 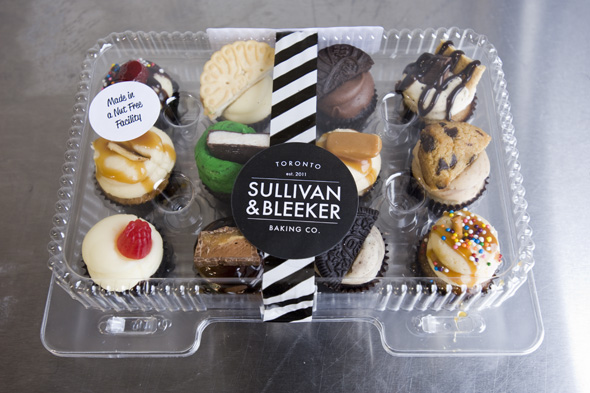 Today's Dirty Dozen is comprised of various cupcakes piled high with icing and adornment. There's the Cookie Dough cupcake made from vanilla cake, then filled with fudge and topped with cookie dough frosting and a chocolate chip cookie; the S'mores chocolate-filled graham cake topped with marshmallow and a chocolate bar; and the Sundae chocolate cupcake with vanilla frosting, fudge, sprinkles, and a cherry. Among others, of course. I told you they were decadent. 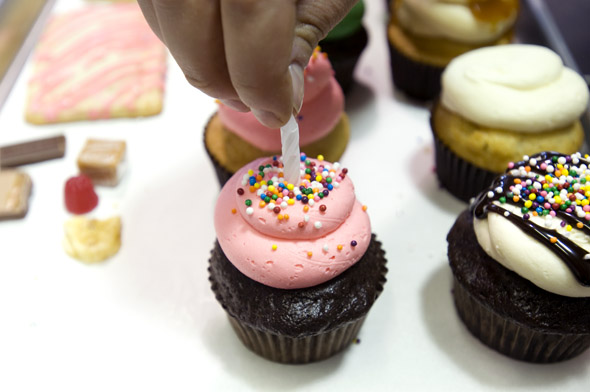 Despite the professional-looking presentation (and later, as I discover â delicious cupcake taste), Elyse tells me she hasn't had any formal culinary or baking education. "I was in sales for a long time," she tells me, adding that she's spent the last 10 years of her life living in New York. "Then, I started baking for my nephew, and somehow, it got away from me to the point where it is now." 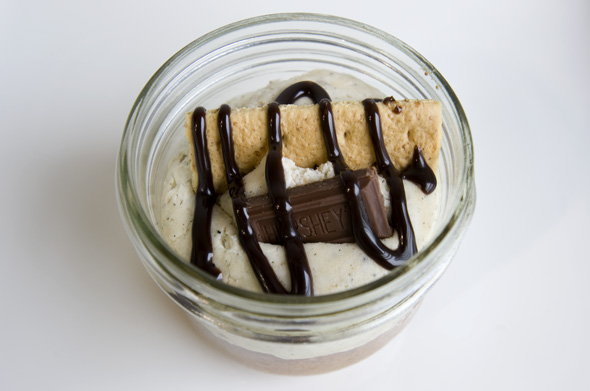 Where they are now is Sullivan & Bleeker sending out 8,500 cupcakes per week, along with cookies, jarred cupcakes, mini cupcakes, and specialty cakes. Named for the New York intersection that Elyse called home (albeit, with amended spelling to make for easy online searching), the bakery has done remarkably well for having just acquired its own space less than six months ago. 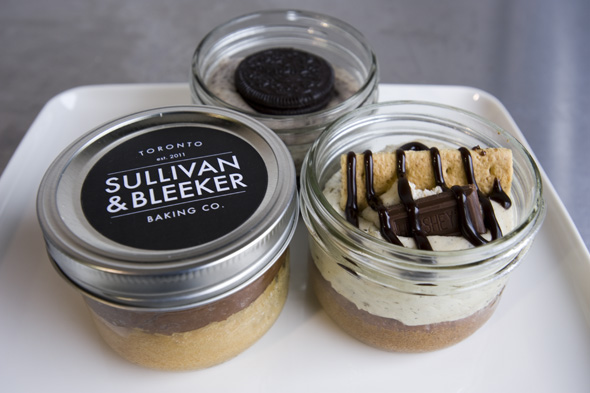 You can find its baked treats in high-end specialty stores such as McEwan and Summerhill Market , or you can always place an individual order. 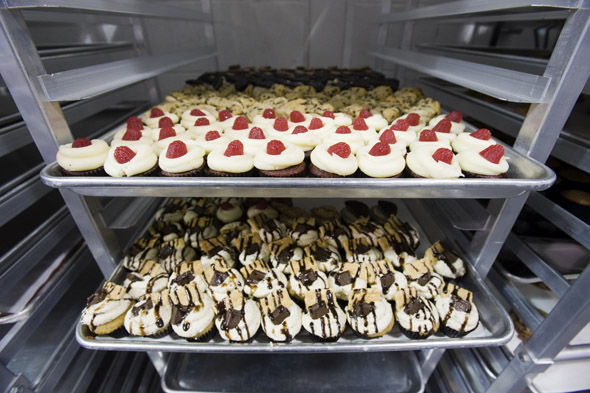 Sullivan & Bleeker is constantly rolling out new cookies (i.e. Oreo-infused) and cakes (i.e. bacon on maple cupcakes), though Elyse says a retail space isn't necessarily on the horizon. "So many things are happening right now," she says. "The situation has to be really right for me to consider it." 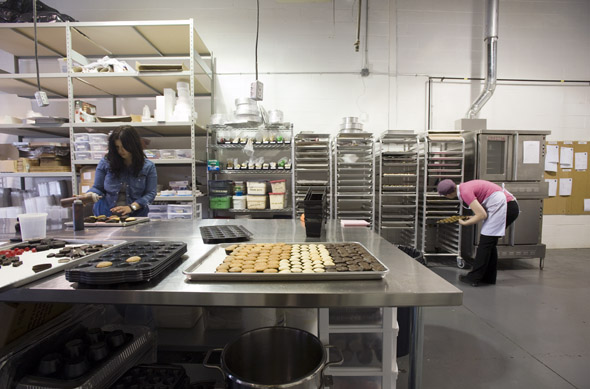 For now, Sullivan & Bleeker has a great gig. Operating out of a former woodworking space, rent is low (compared to downtown) and production is high, with a total of five employees churning out 450 cupcakes in 15 minutes. 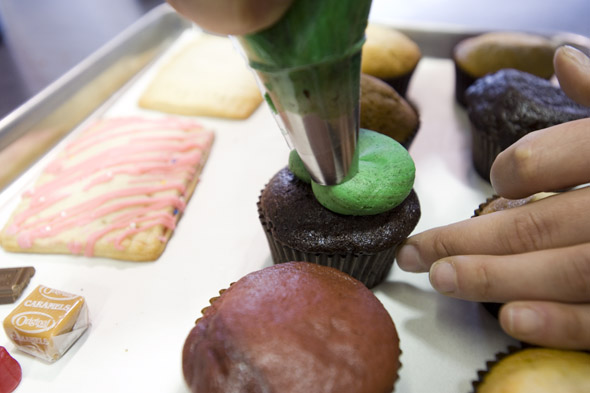 Recipes are pretty much a product of trial and error stemming from group brainstorming sessions and customer suggestions. Personally, I love the idea of the jar cakes (no crumbs on the bed!), and the Oreo cake I sampled was incredibly moist with a not-too-sweet, yet still creamy and buttery frosting.

Next for Sullivan & Bleeker: the Policeman's Special cupcake made with chocolate cake, coffee frosting, and a powdered doughnut on top. Sign me up. 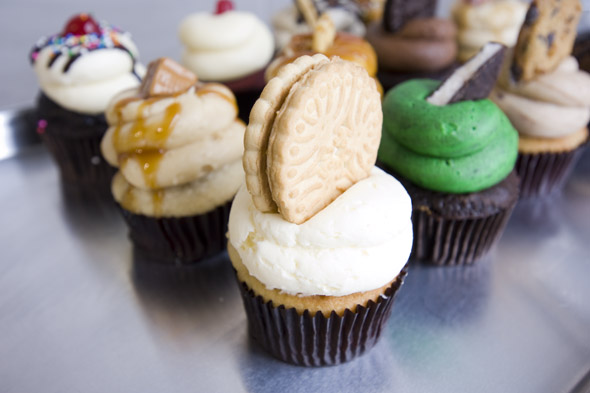 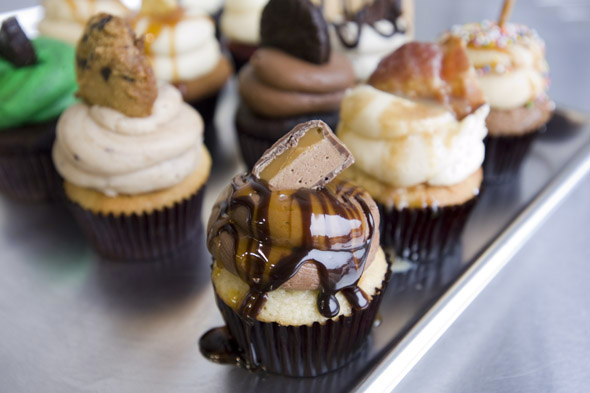