Gryfe's Bagels is home to Toronto's oldest and most iconic shop for made-from-scratch bagels.

The business dates back to 1915, started by the Gryfe family, a bagel baking dynasty with Jewish roots who made a prominent name in Toronto over the last century. 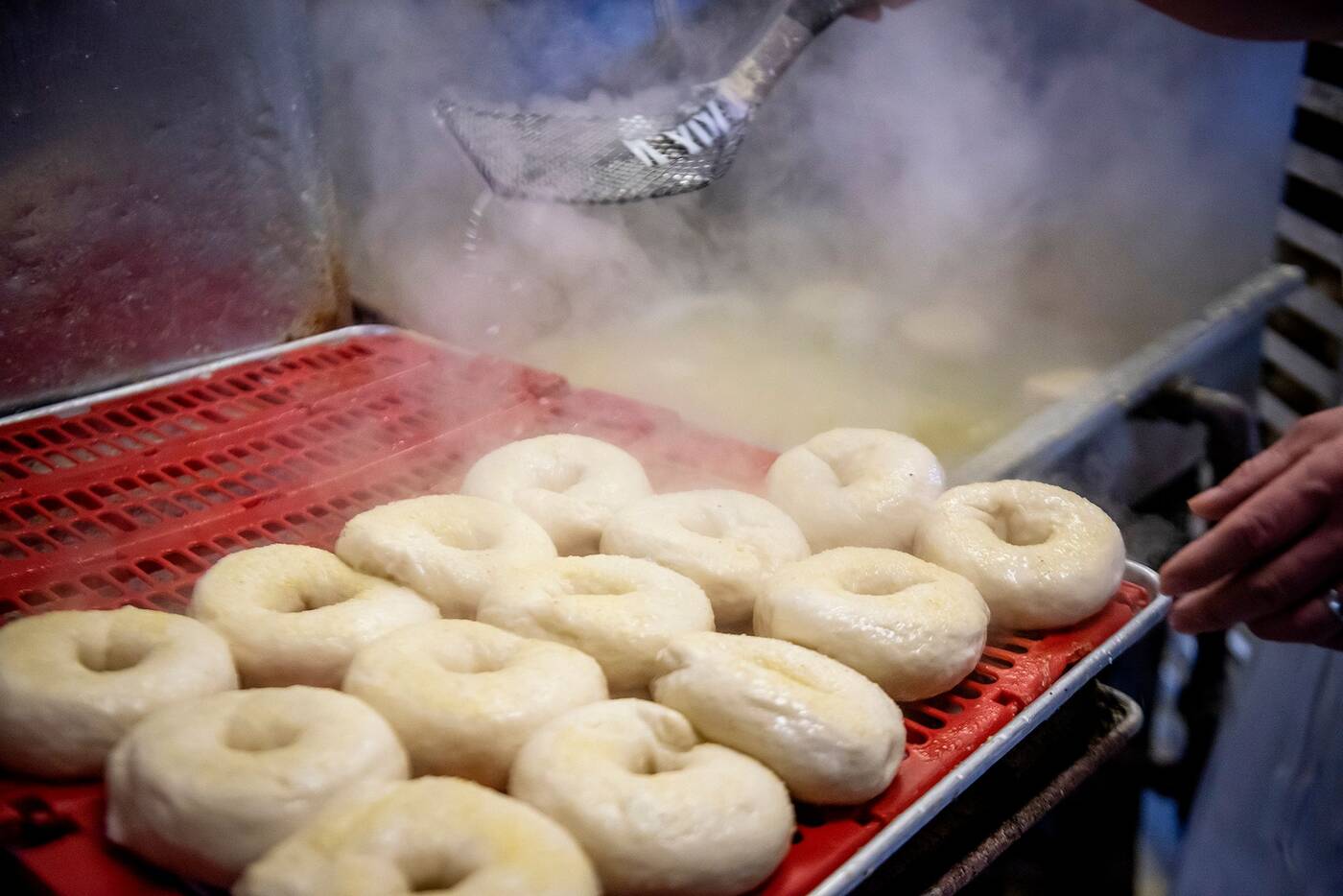 Moishe Gryfe, the most recently deceased descendent, spent 55 years working at the bakery near Bathurst and Lawrence. He dedicated a long stretch of his life, perfecting his family's generational recipe for fresh bagels. 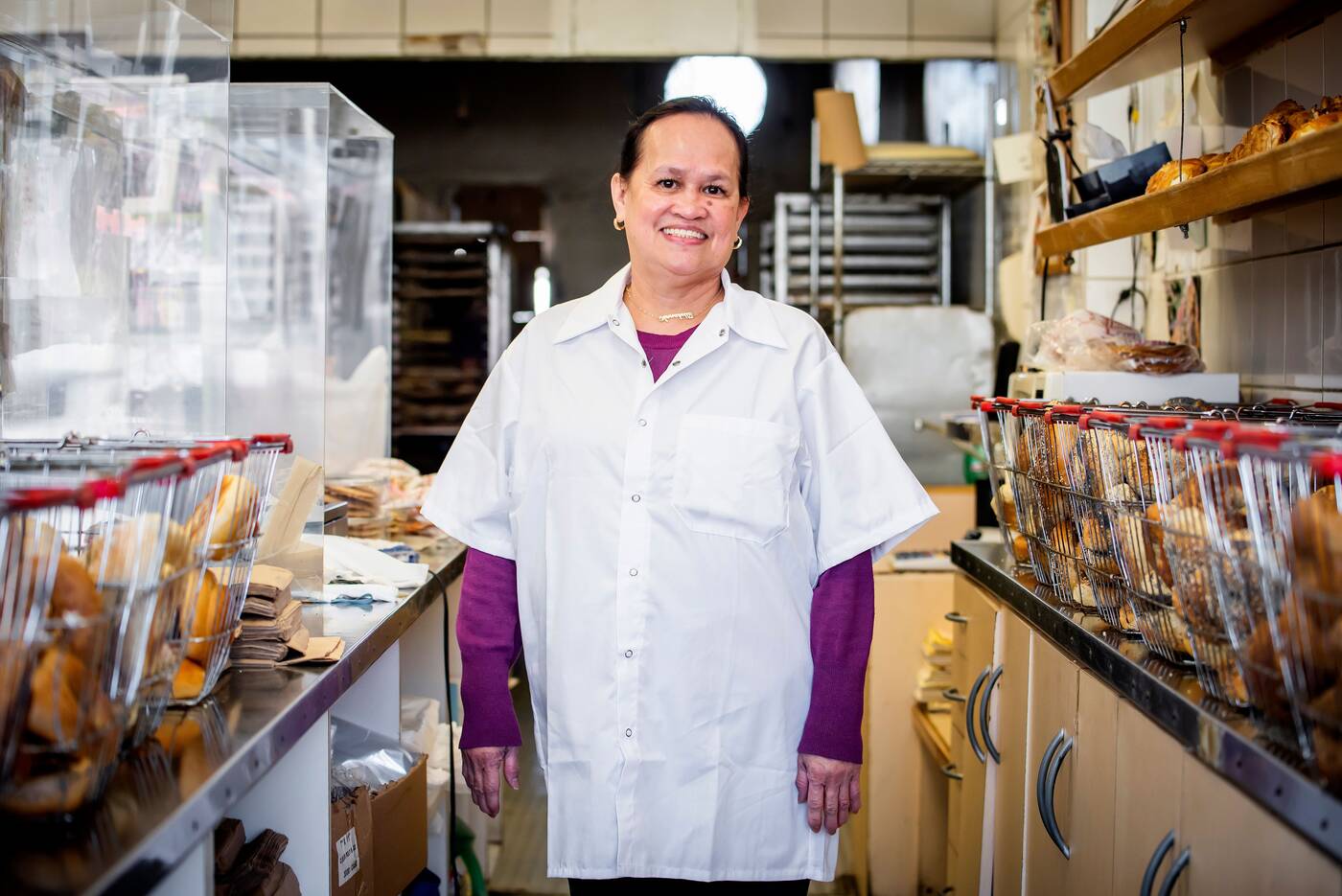 Annabelle Villa-Real is a manager at Gryfe's today, she was hired by Moishe's father in the 90's and became a beloved addition to their family business. 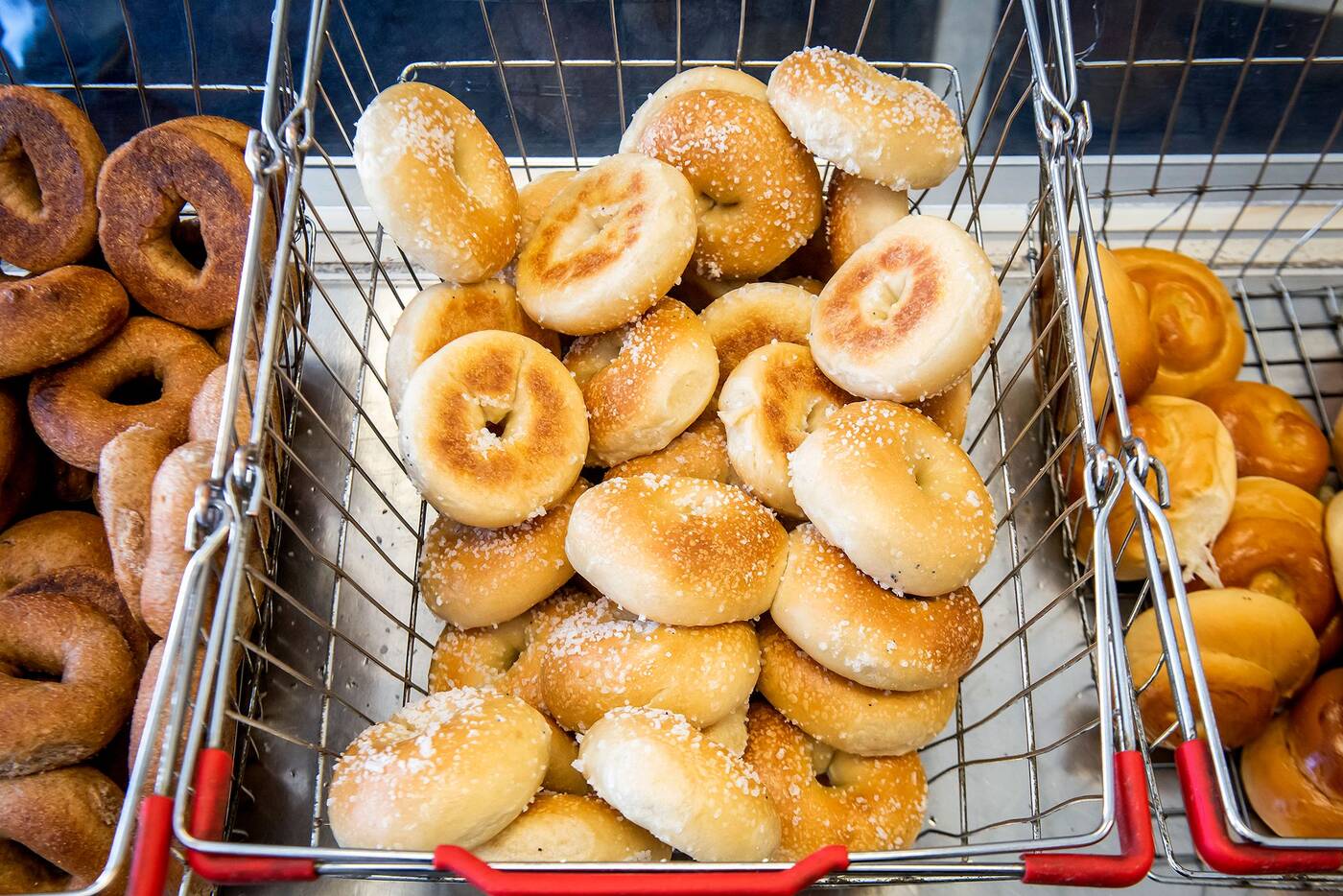 Moishe's wife is now the sole owner of the bakery, she continues the family's bagel legacy into its 107th year. 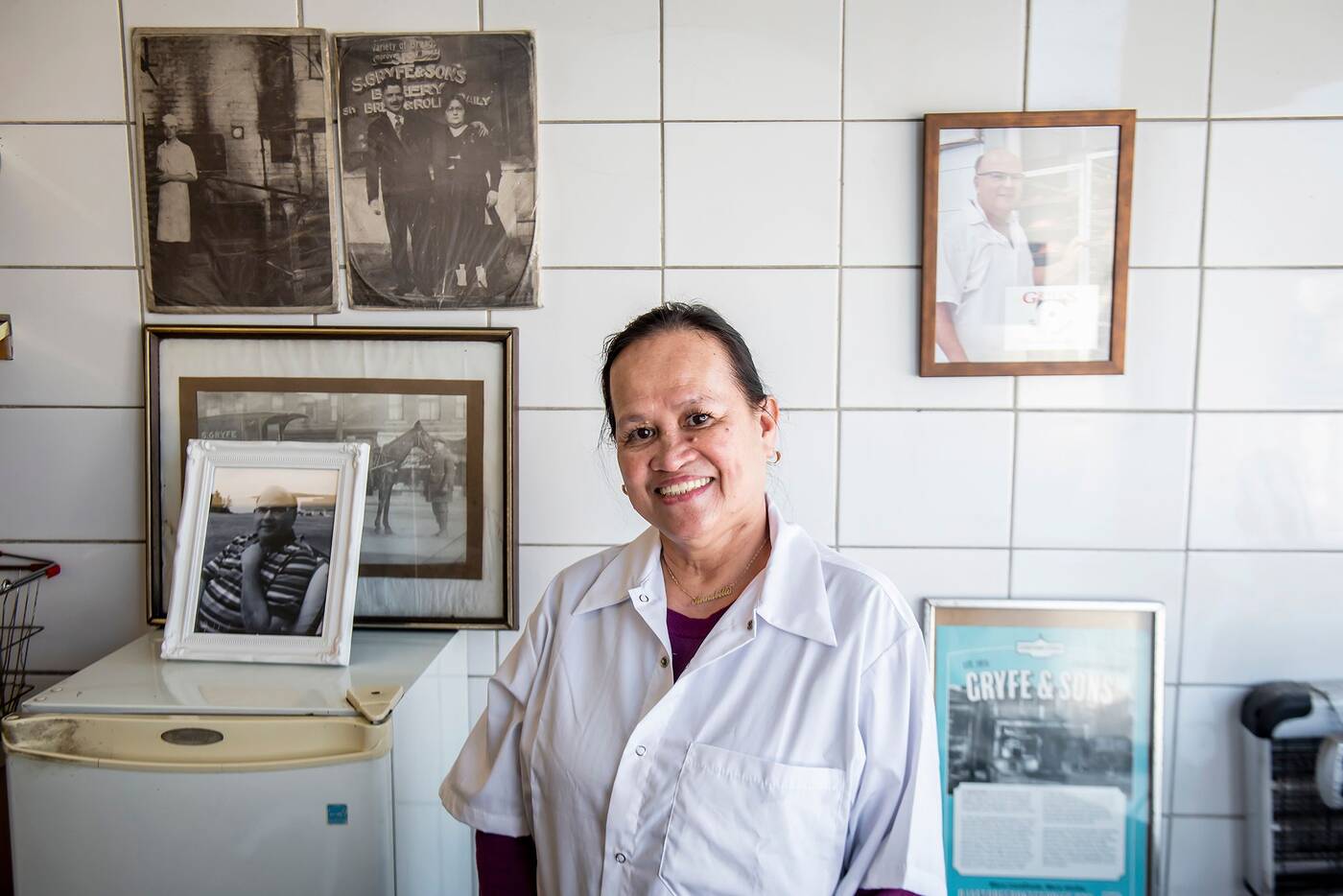 Although times have changed at the bakery, Moishe's spirit still lingers along the walls. His smiling face resides in a frame in the corner, along with ancestral family photos of the Gryfe's who started it all. 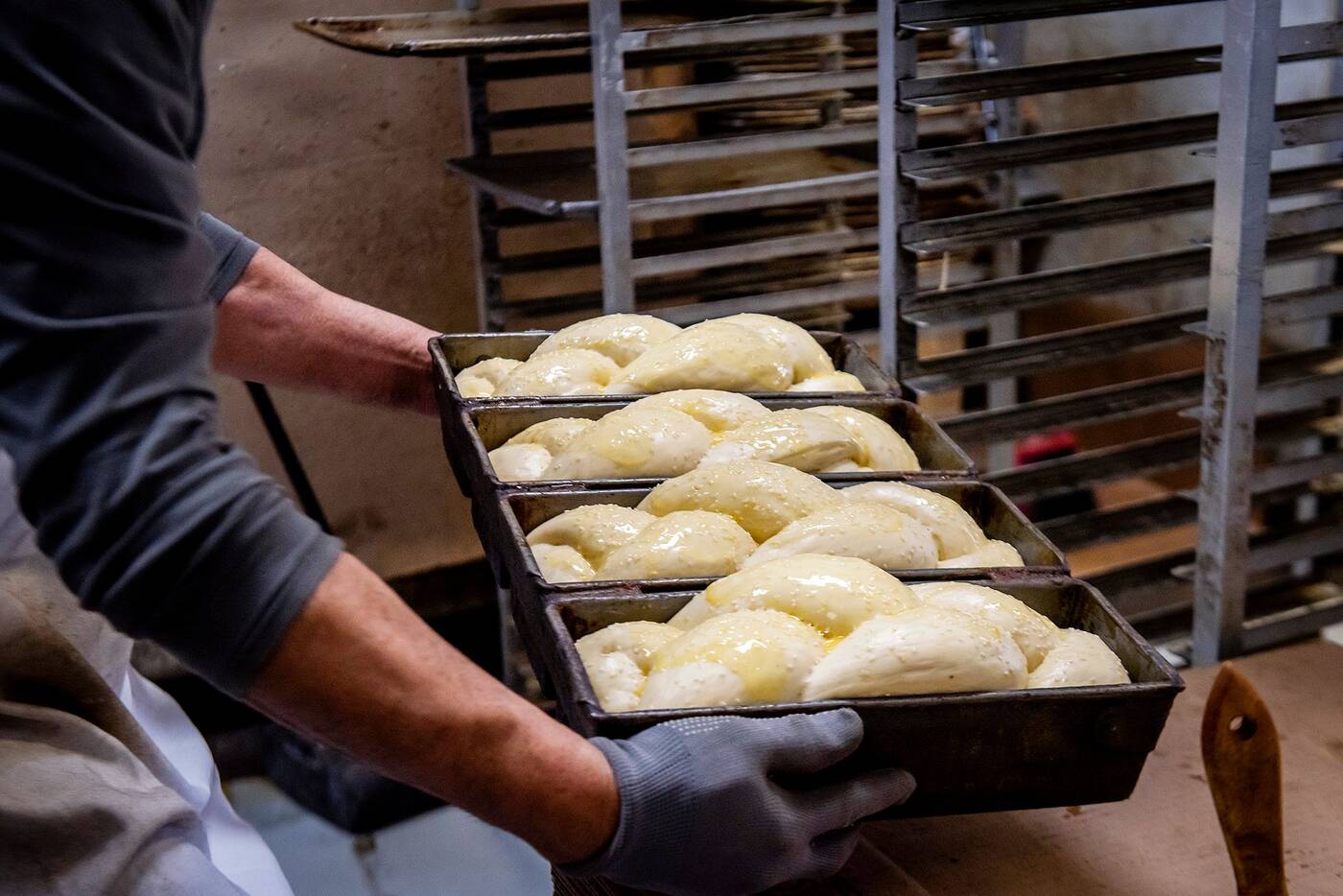 To my surprise, the bagel-making process at Gryfe's resembles the functions of a small factory.

Each round is carefully kneaded, split, and shaped by the hands of hard working staff who operate ancient-looking contraptions to produce bagel after bagel. 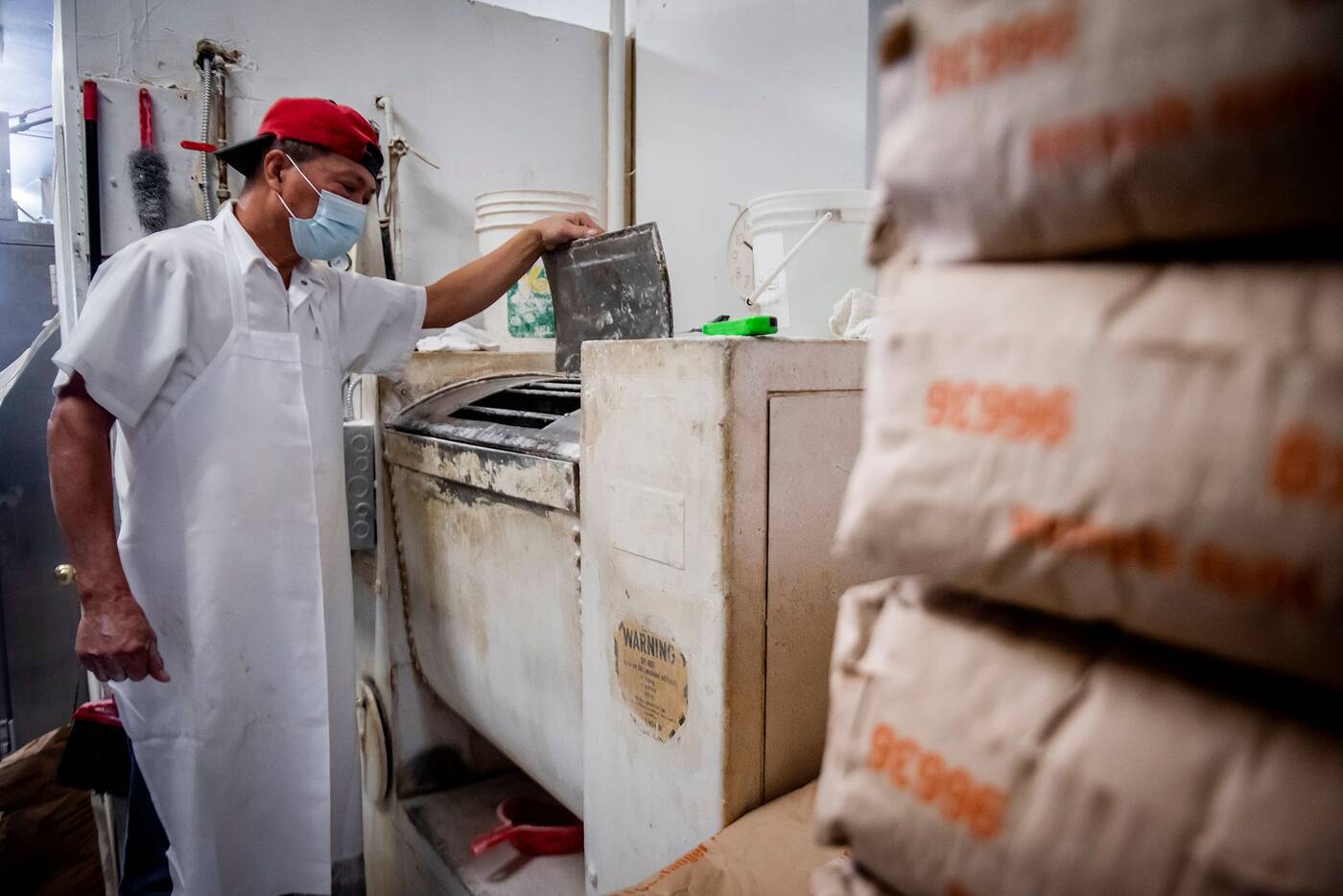 There's a secret recipe for the dough, quantities of each ingredient are tossed about in a mass mixer. 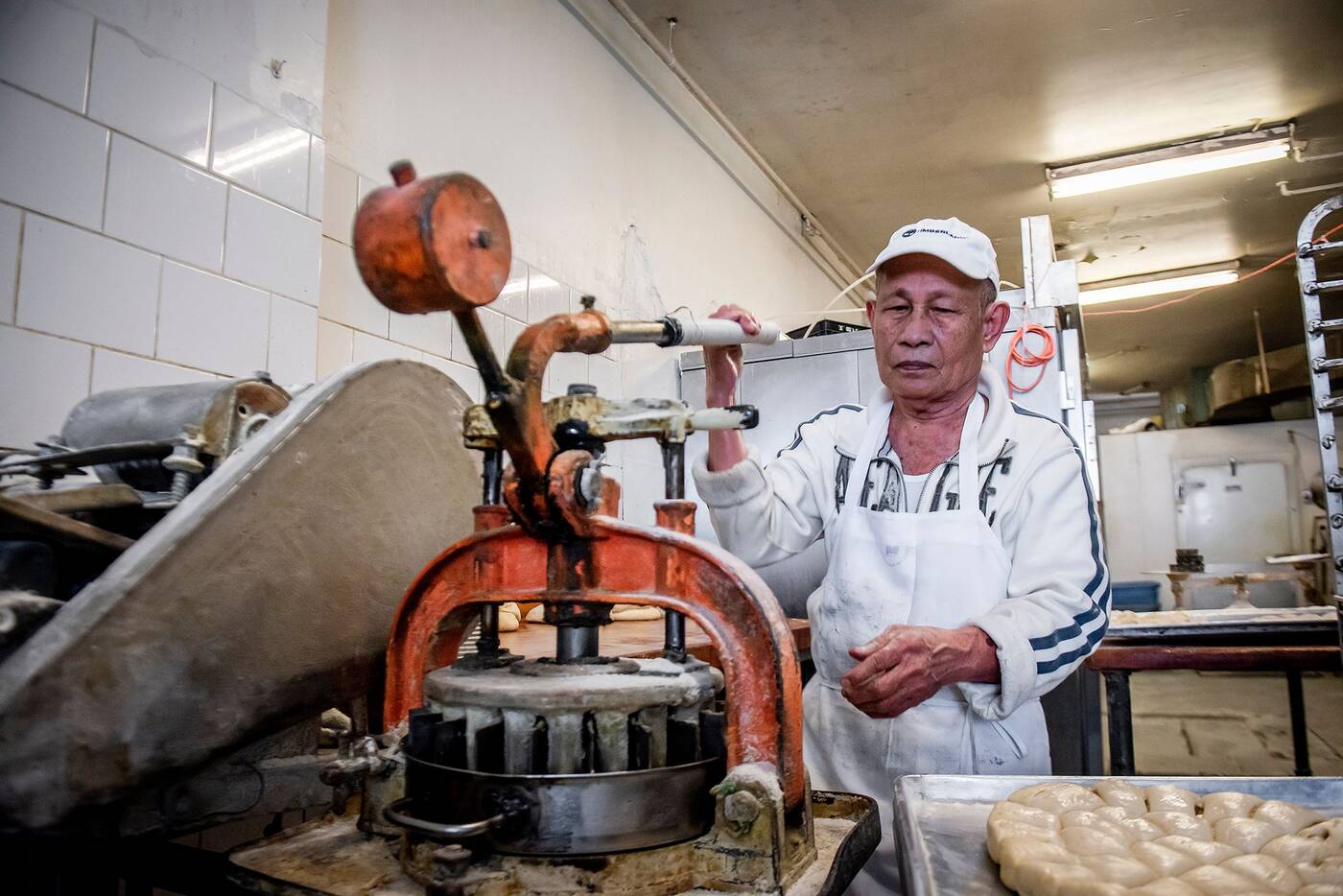 Then, giant slabs of the dough are cut into smaller, equal-sized balls which get inputted by a second person into the shaping machine. 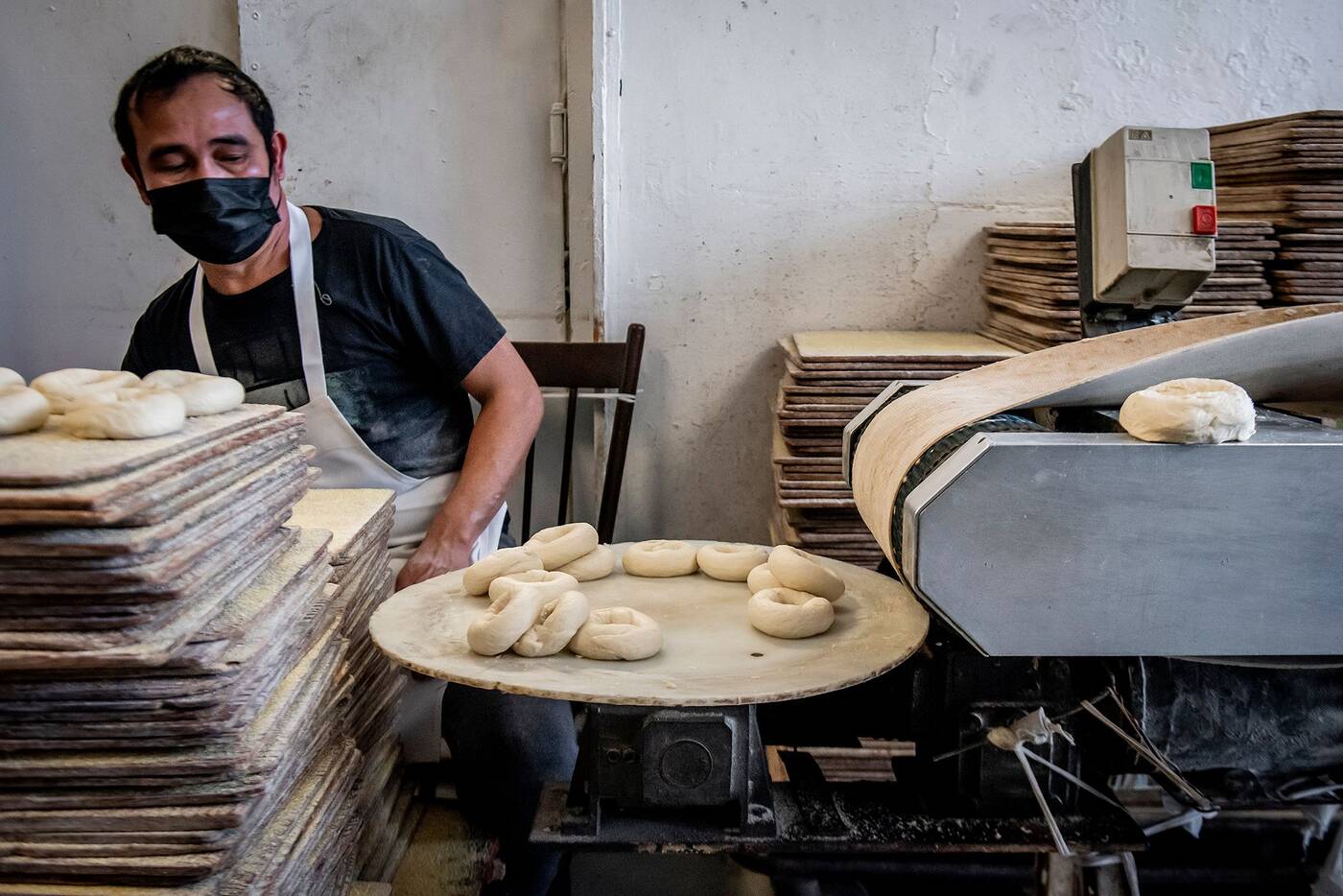 This appliance spits out the dough in the shape we know bagels to be, their form is refined into perfect ring structures by a third baker. 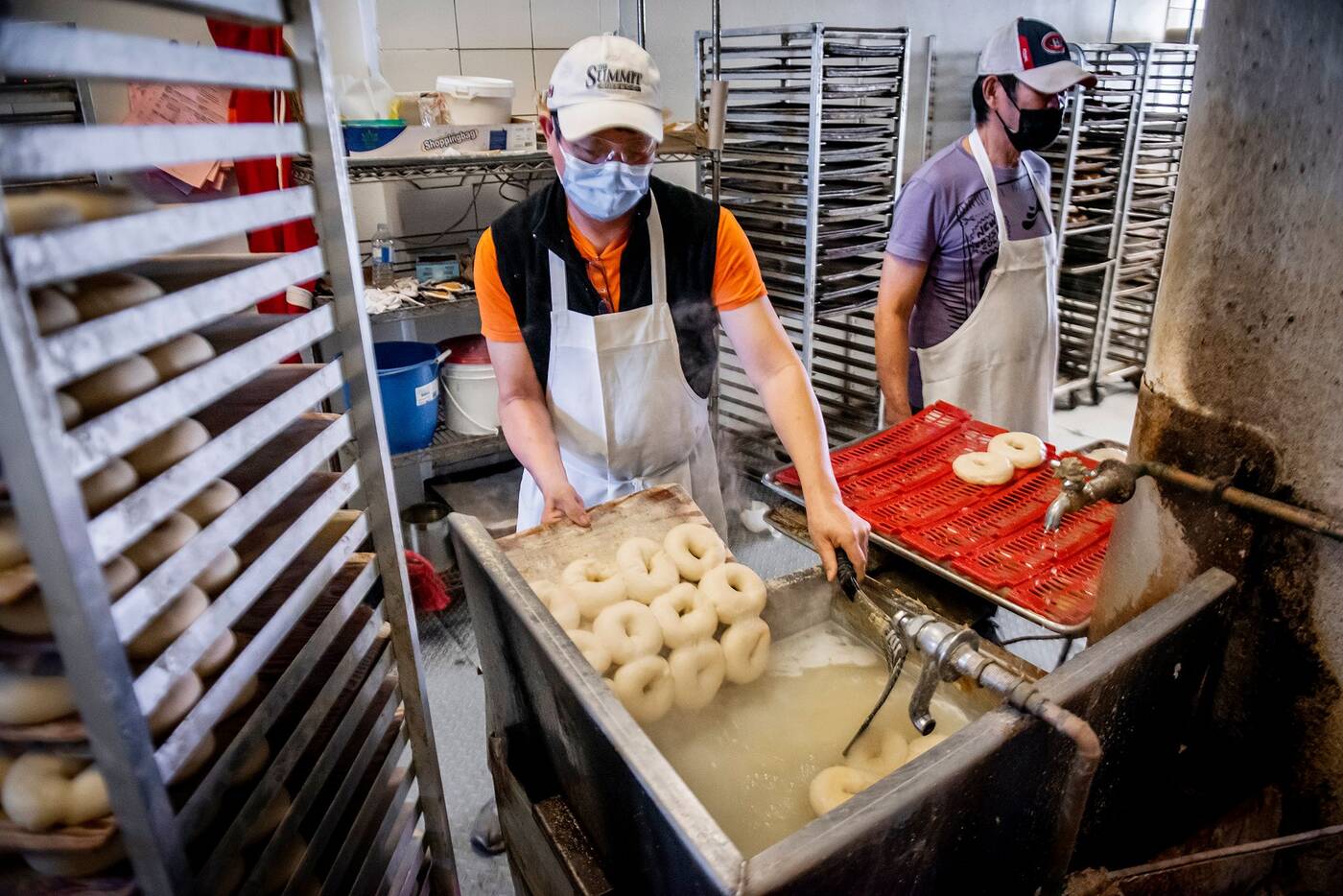 The bagels are then soaked in hot water before being baked in a rotating oven and cooled on several available racks. 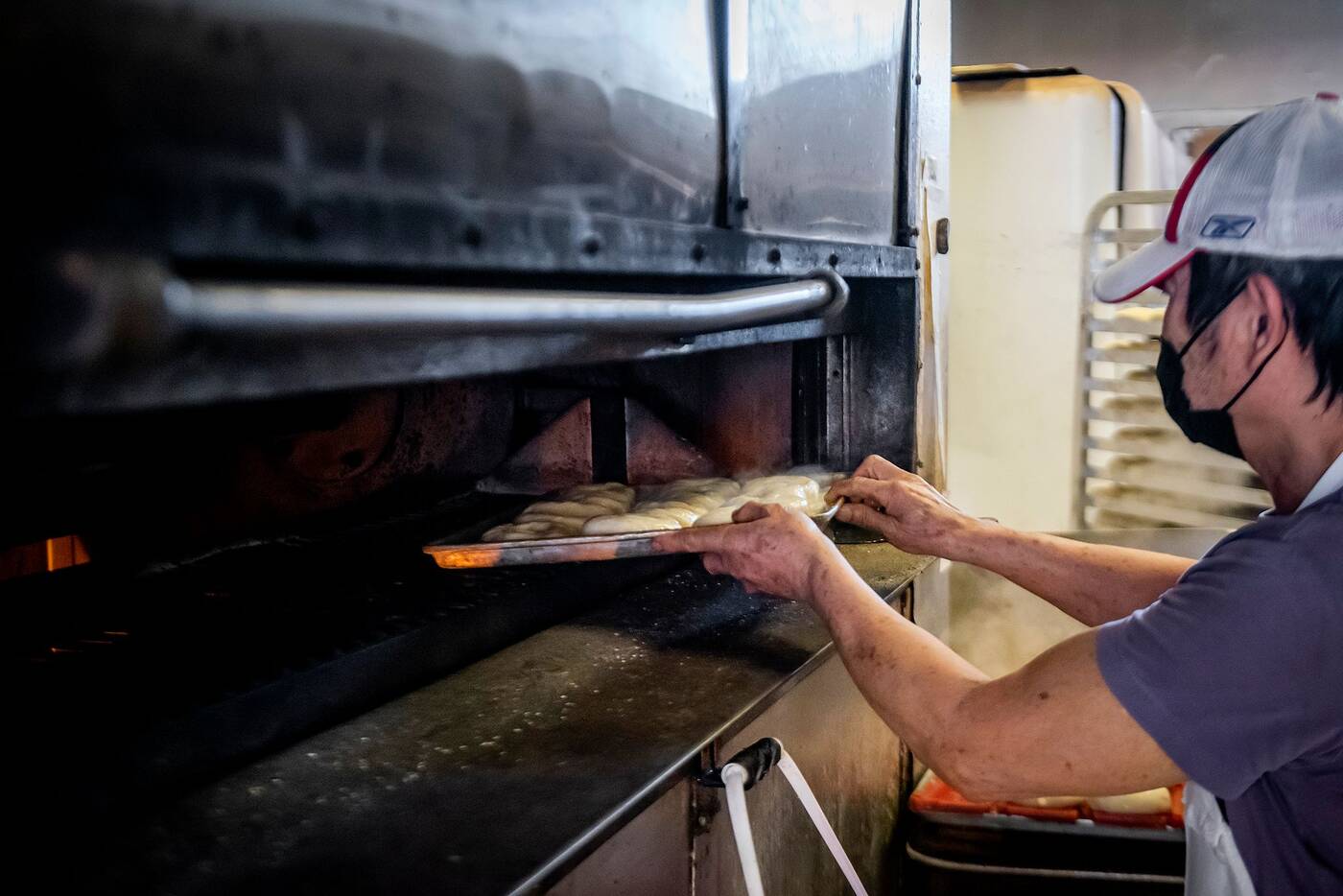 A diverse set of seeds are sprinkled over each, the bakery usually carries 11 different types daily, including: Poppy Seed, Everything, Cinnamon Raisin, and Whole Wheat, to name a few. 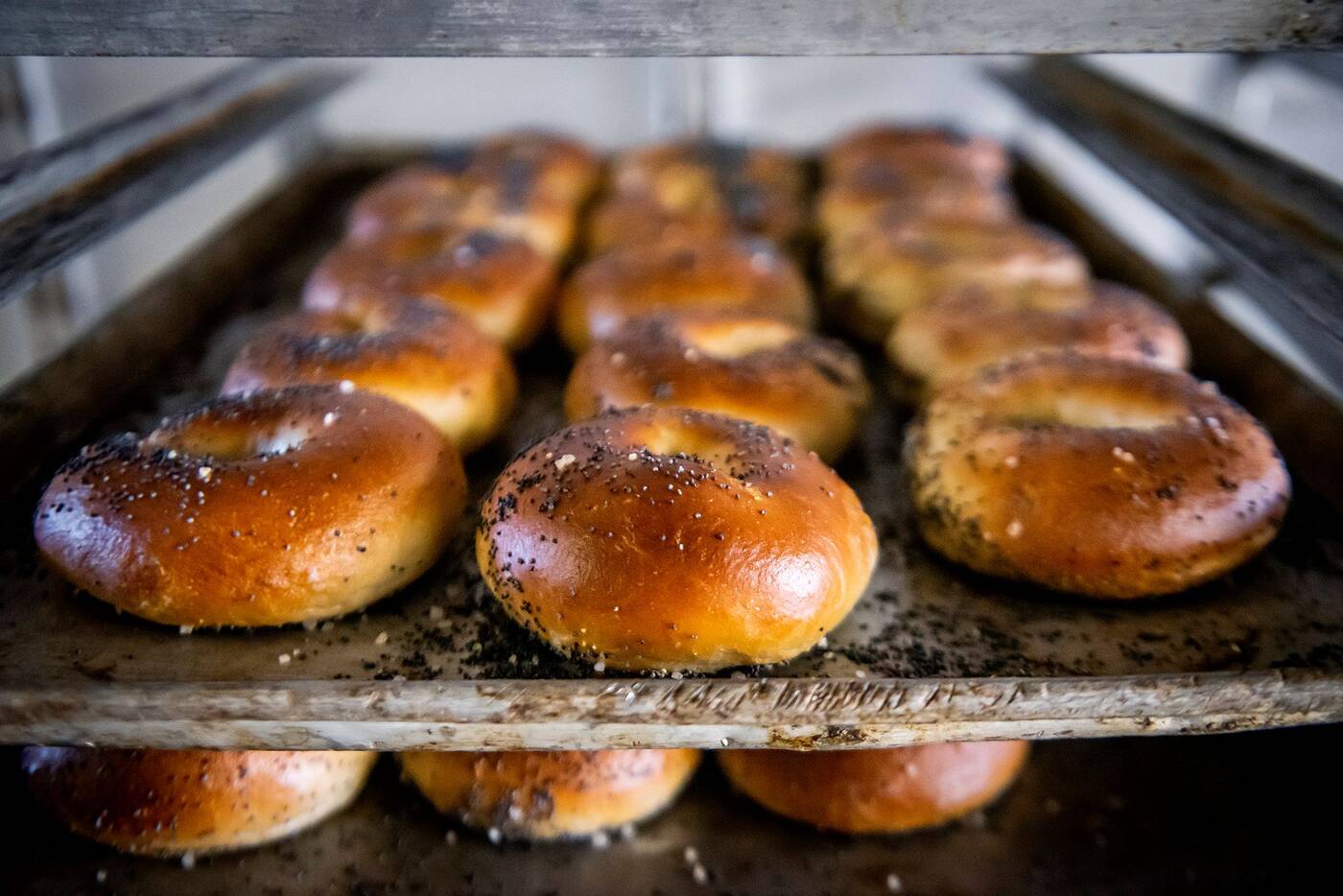 You'll be blown away by the softness of these bagels, easy to pull a part even if they're left out in baskets for the day. The flavours are rich but the dough isn't a mouthful and remains light with taste. 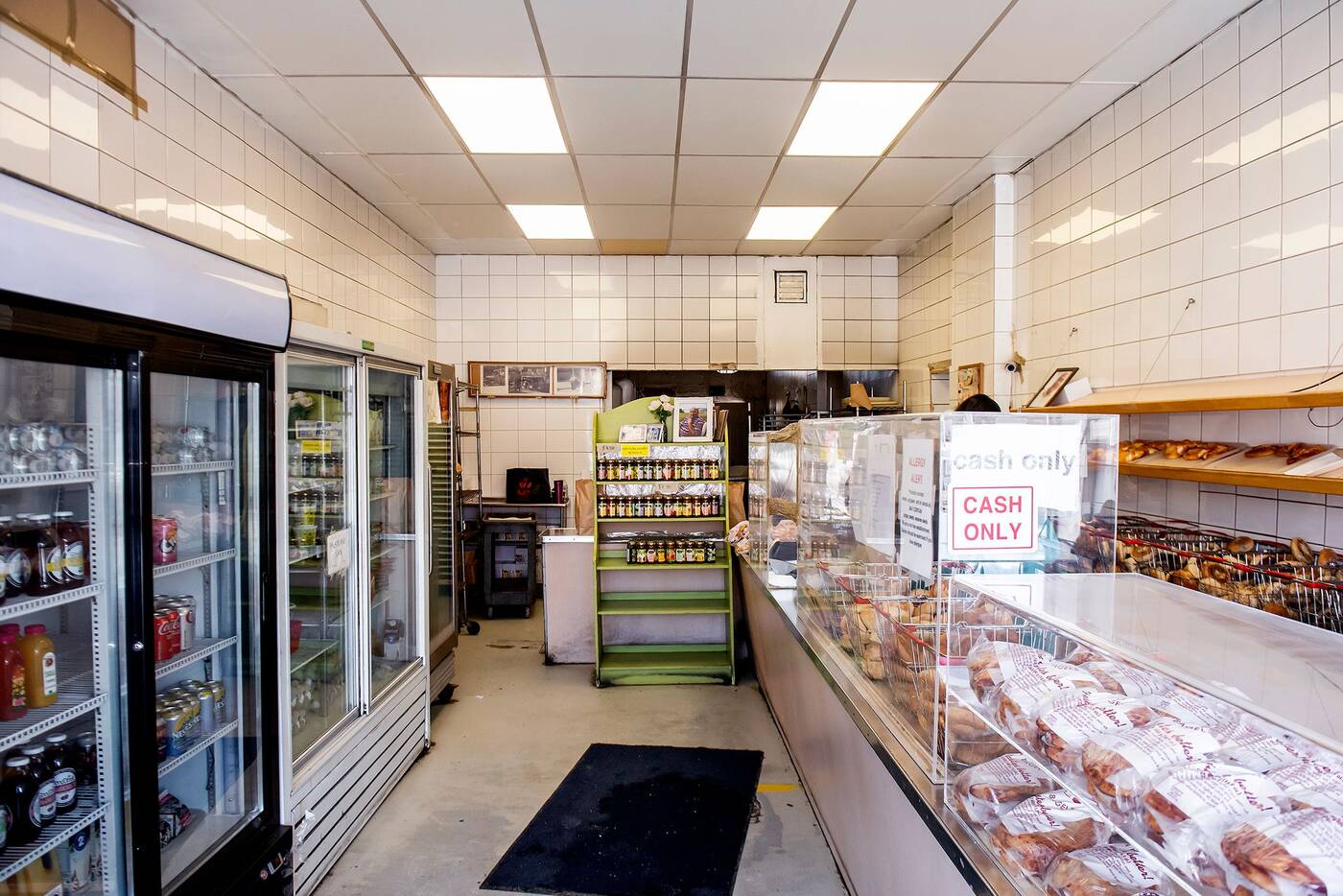 You won't get cream cheese spread on your bagels here unless you head to the fridge where jars of spreads imported from Israel are sold. 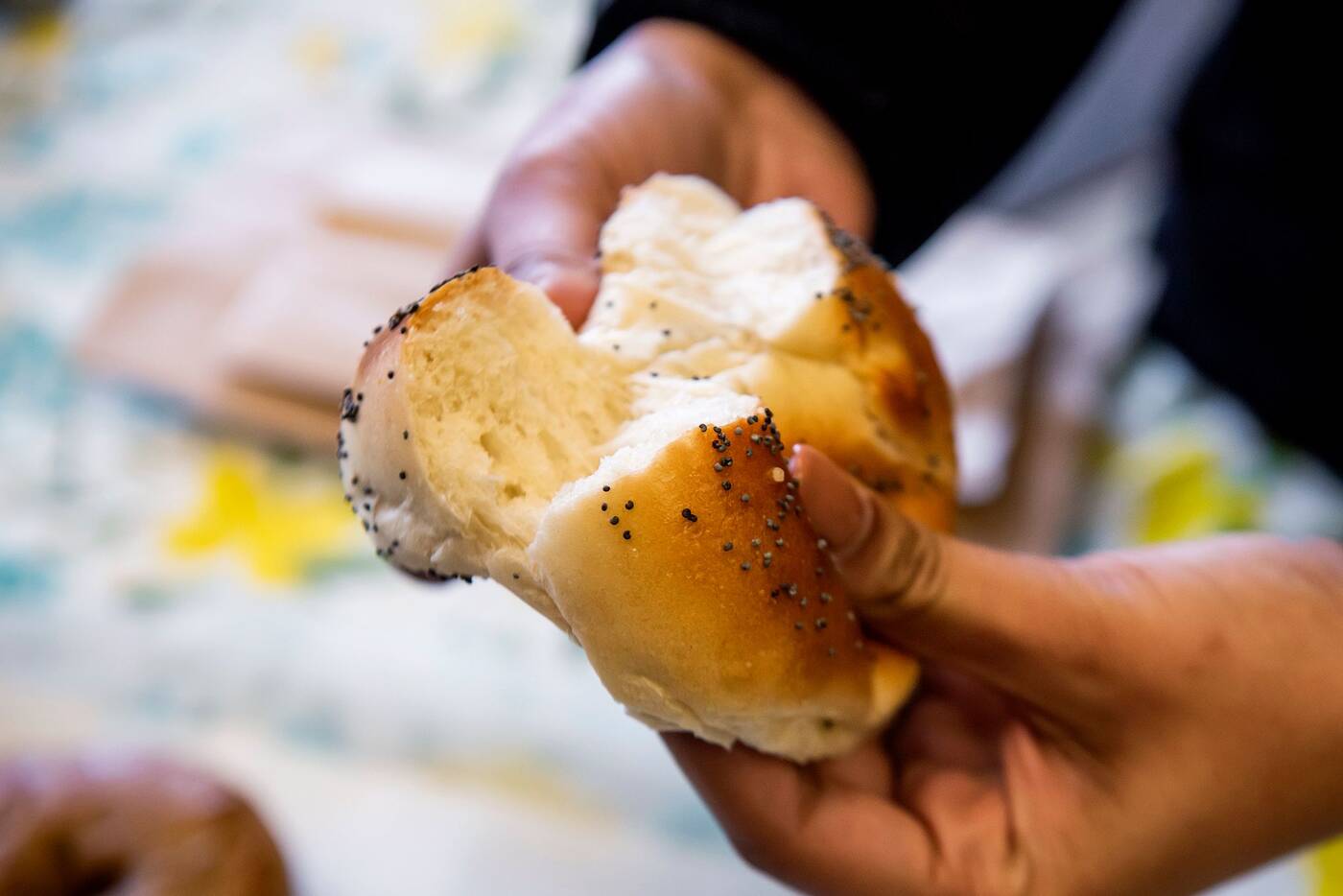 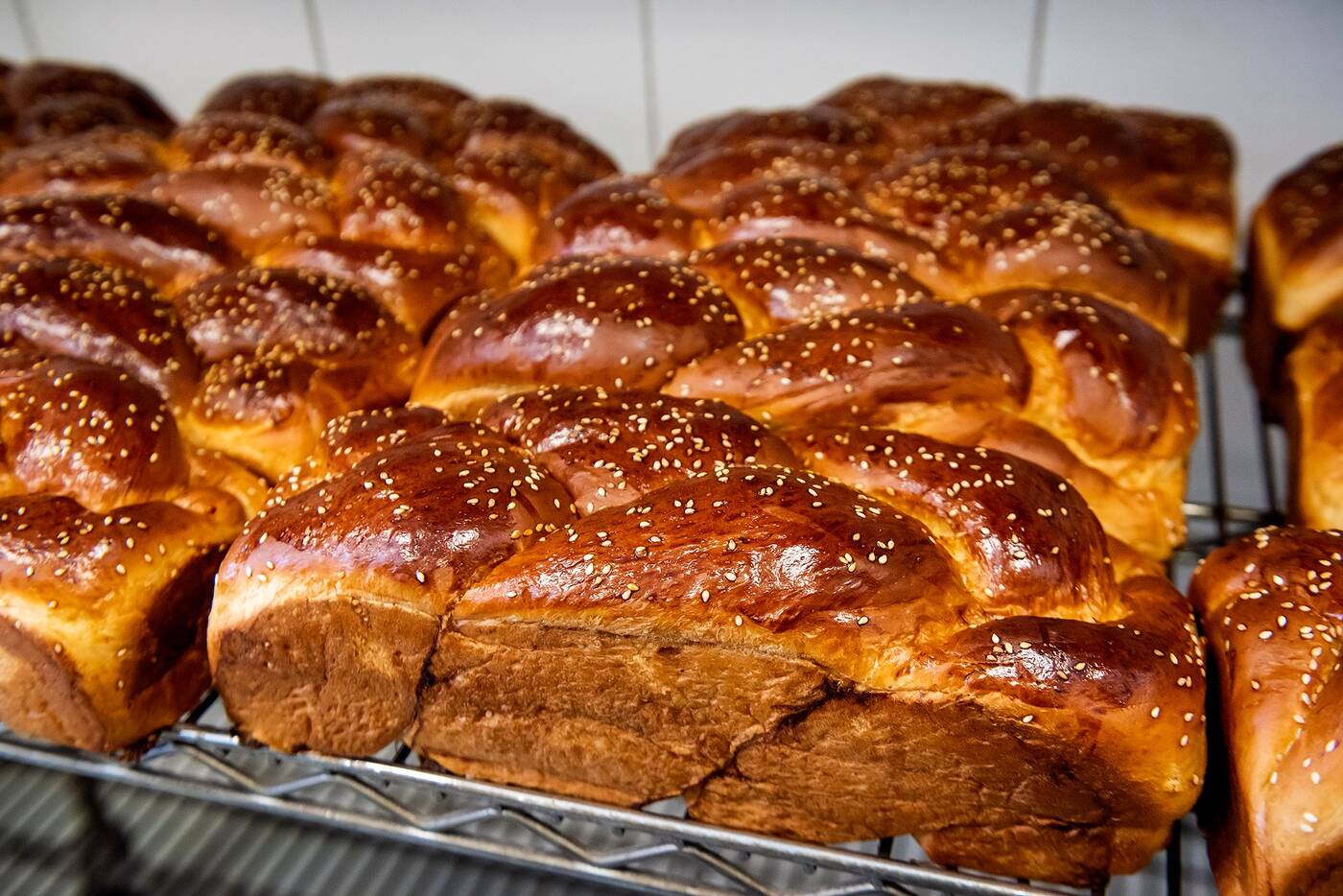 A few other bakery items on Gryfe's menu include loaves of Challah Bread ($6.00 each), a notable Jewish-style bread, that's easy to snack on and humming with notes of buttery goodness. 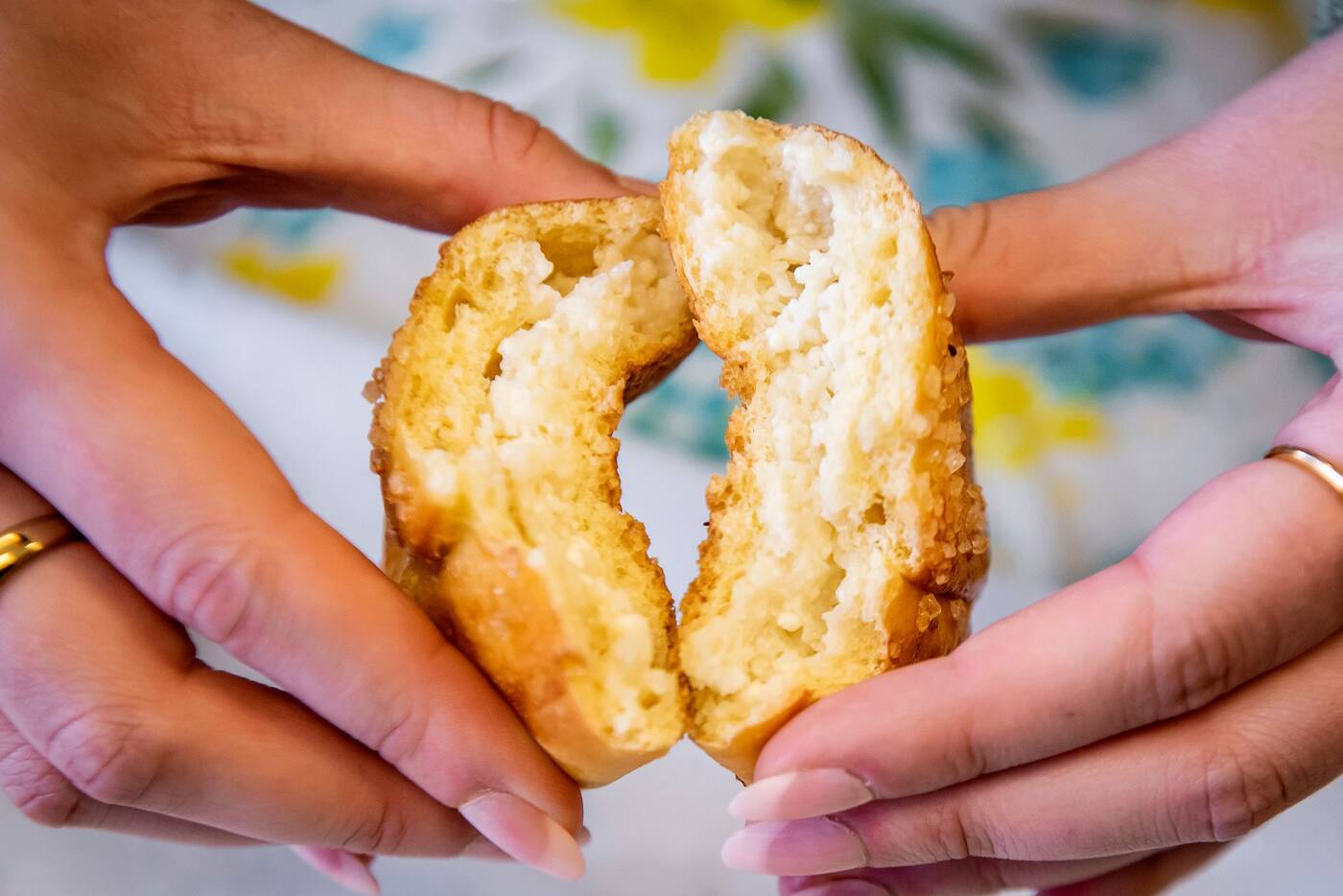 If you're looking for something on the sweeter side, I recommend the Cheese Danishes ($2.00 each, $24.00 per dozen), they're baked with a lemon cream cheese filling inside and topped with sprinkles of sugar.

You won't regret making a trip to Gryfe's to stock up on your bread supplies for the week, their bagels have become a staple in many homes of families living in Lawrence Manor. 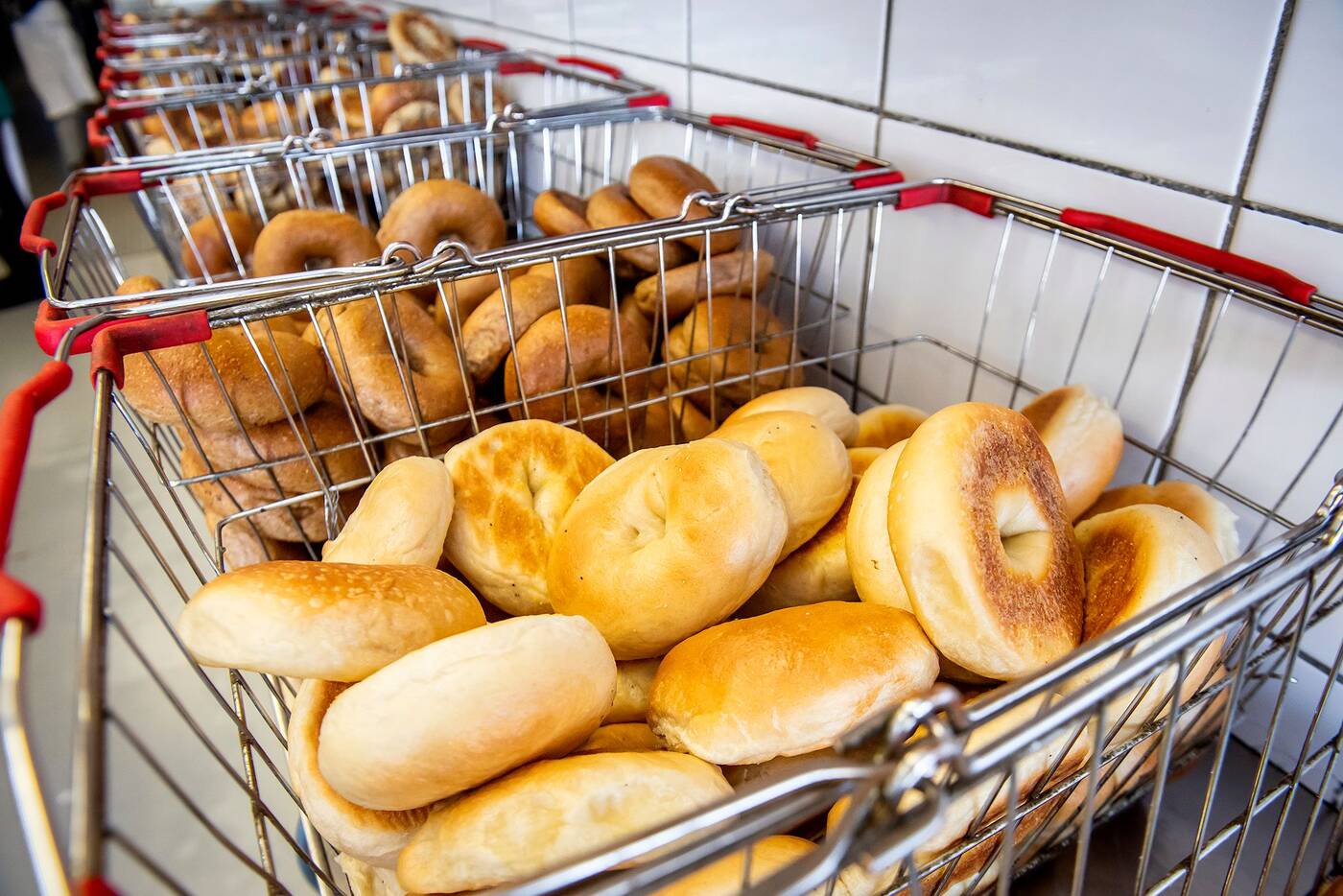 Villa-Real says she's watched kids as young as three-years-old fall in love with the taste of Gryfe's Bagels. She says some can tell the difference in taste when their parents buy bread from somewhere else.

The slogan on the outside of the store confirms why people love Gryfe's bagels so much. The store only accepts cash and the best time to stop by is on a weekday to avoid lineups on the weekend. 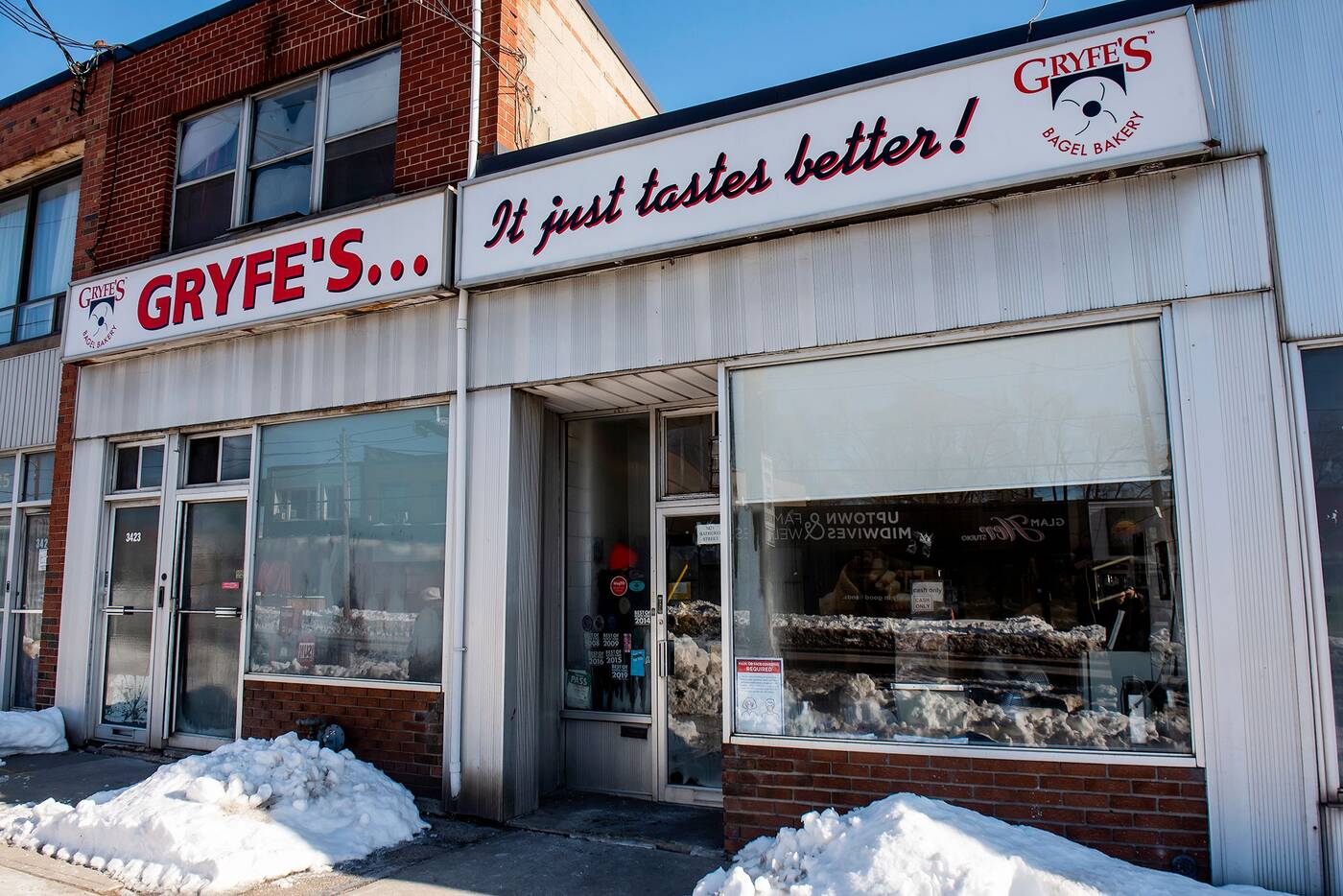