Cakes Cove looks like a typical bakery when I peer through the shop windows. A four-tiered wedding cake stands regally beside gauzy white curtains. However, upon closer inspection, I notice that the cake's covered in tiny white Millennium Falcon and X Wing space ships. Clearly Cakes Cove is anything but ordinary.

Owner Samantha Anderson launched her baking business nearly two years ago at Toronto's 2013 Fan Expo. She delighted cosplayers with sweets inspired by a variety of sci-fi, fantasy and video game universes. Among the various cakes and confections sat a seeming life-size R2D2. 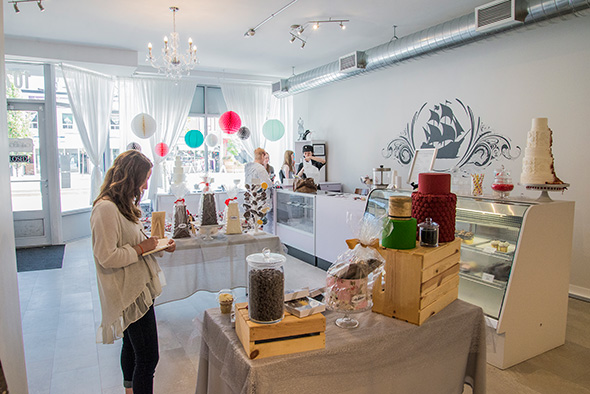 Anderson, who has more than eight years in the industry, took online orders for nearly two years before she found a bricks-and-mortar storefront in the St. Clair West neighbourhood. Prior to moving in, she ran a Kickstarter campaign and crowd-funded more then $8,000 for equipment and a high-quality oven. She finally opened in February. 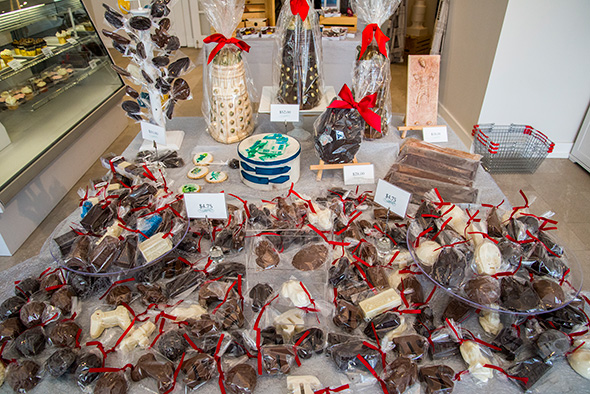 The store is bright and airy and it's filled with an assortment of goodies that'll satisfy members of any fandom. There's a giant table covered in milk, white and dark chocolates shaped like mini C-3POs, human brains and classic Nintendo controllers ($4.25 each). Potterheads rejoice because chocolate frogs are also available (trading cards not included). 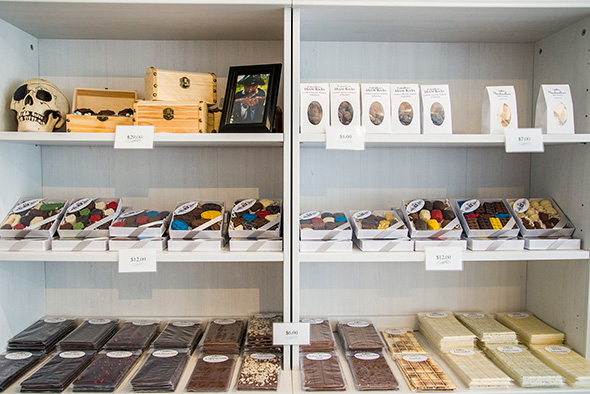 For Dr. Who fans, Anderson sells mini blue-coloured chocolate TARDISes as well as large chocolate Daleks for $52. Other ready-made items include marshmallows, chocolate bars and a variety of cookies in flavours such as ginger spice, lemon poppyseed and chocolate bacon. 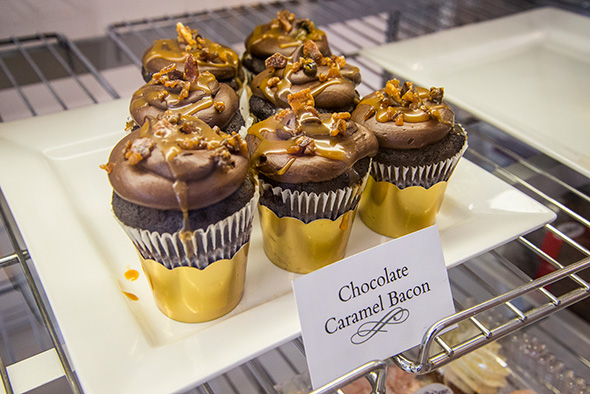 Cupcakes ($4.50 each) also in unique flavours, like chocolate caramel bacon. I try one made with ice wine and lavender and find real bits of lavender mixed into the buttercream, which cuts through the richness. 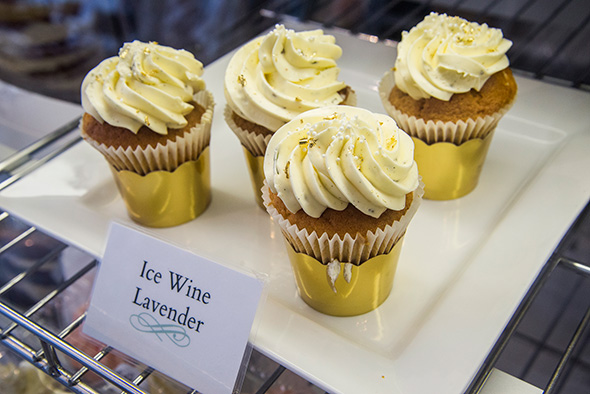 Along with these treats, Anderson creates custom cakes. Replicas of her favourite ones are located around the store. 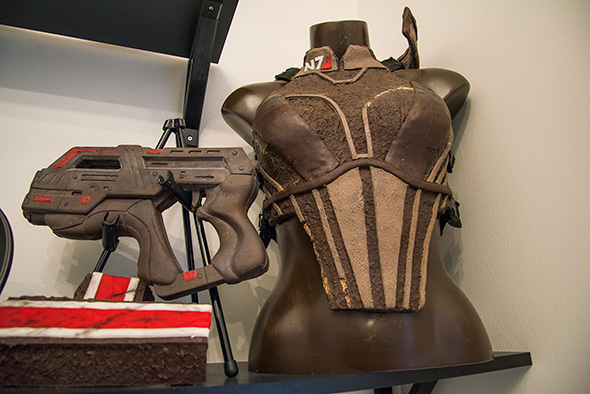 There's a multi-tiered Lannister cake decked out in red and gold, but the knockout is one Anderson called Tainted Love. From the front it looks like a perfectly normal wedding cake, but when I turn it around, I see it's a grisly mess. 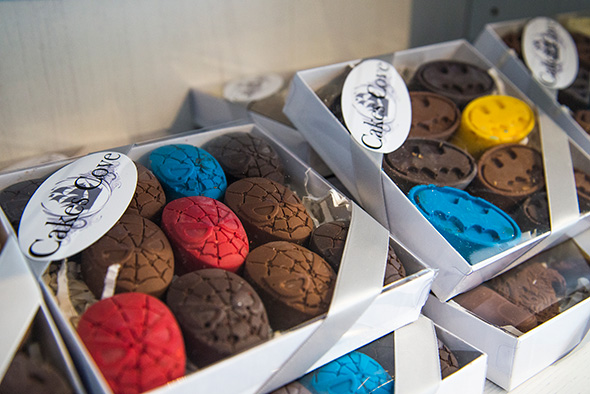 Custom cakes start at $3 per slice. However, Anderson notes that she can offer simple, themed cakes, which serve 10 people, for $38. 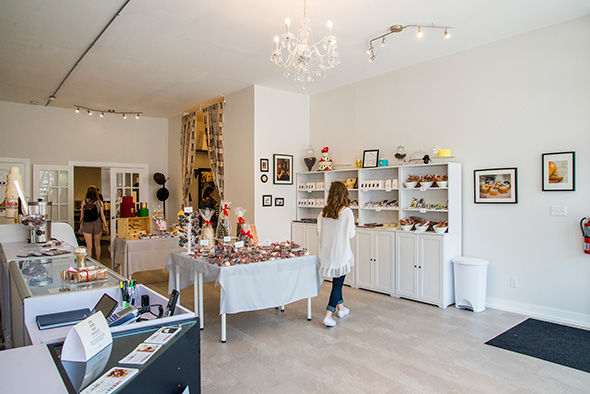 As fads, fandoms and genres move in and out fashion, Anderson sees herself making different types of cakes. However, some themes, such as Back to the Future and Ghostbusters, never seem to go out of style. 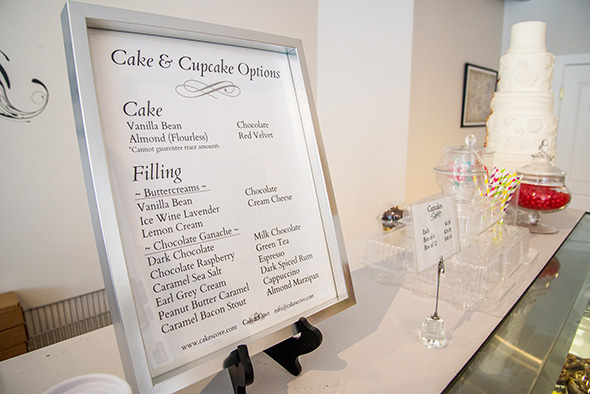 And just like the cake in her front window, Anderson can downplay the geekiness of her custom creations to, as she says, appease in-laws. 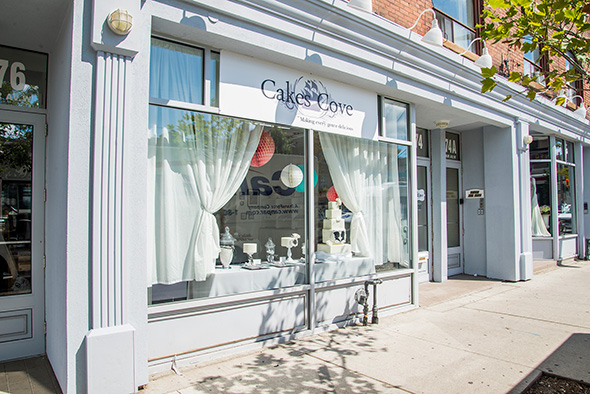